New York: Twitter has suspended author Naomi Wolf after she posted outlandish vaccine misinformation on the platform, including a claim that the shots were a “software platform that can receive uploads”.

The author of the 1991 feminist classic The Beauty Myth: How Images of Beauty Are Used Against Women also spread myths about the pandemic itself, and lockdowns, The Guardian reported. 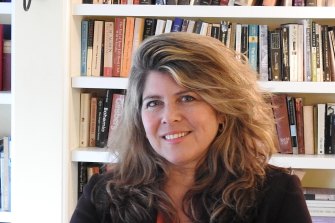 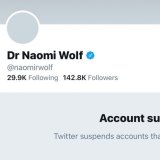 In addition, Wolf has compared Dr Anthony Fauci, the top White House adviser on the coronavirus pandemic and a respected household name, to Satan before her 140,000-plus followers, BBC News reported. She also tweeted that the urine and faeces of people who’d been vaccinated had to be separated from general sewage flow so it could be tested for potential effects on non-vaccinated people through drinking water, BBC News reported.

Wolf’s star has been falling in particular since a slew of inaccuracies came to light in her book Outrages: Sex, Censorship and the Criminalisation of Love, which supposedly detailed the persecution of homosexuality in Victorian Britain but in reality contained so many errors it was deemed unpublishable. Houghton Mifflin Harcourt cancelled the release in 2019 after BBC radio host Matthew Sweet pointed out the factual issues to the author during an interview.

So flawed was Wolf’s scholarship that some professors are teaching it as an abject lesson in how not to conduct historical research, Insider reported on Saturday. Since then, Wolf has compared COVID-mitigation rules to Jim Crow racial segregation laws and decried President Biden’s pandemic-fighting strategy as a path to totalitarianism.