A search will recommence on Monday morning after a member of the public sighted what they believed to be a dead baby floating in the ocean in Sydney’s south-east.

Police were called to Yarra Bay at La Perouse about 5pm on Sunday after they received a report of a dead baby in the water. 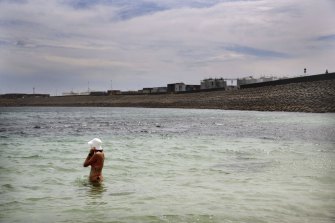 A swimmer at Yarra Bay in November.Credit:James Alcock

Officers from Eastern Beaches Police Area Command were told by several witnesses they had seen an object wrapped in a plastic bag which they believed to be a dead baby.

They were joined by personnel from the Police Marine Area Command, Polair, the Public Order & Riot Squad and NSW Ambulance for a search on Sunday evening, alongside a number of rescue helicopters. There were no further sightings.

The search was suspended at 7.45pm due to poor visibility.

It is due to recommence at 7am on Monday.