Beijing lawmakers are seeking to punish foreign teachers whose behaviours are considered to be ‘harmful to China’s national sovereignty’.

A drafted law targeting overseas educators in the country has demanded institutions terminate their contracts with foreign employees if their actions or verbal statements are deemed ‘damaging to the country’s security, honour and public interests’.

Those who ‘engage in religious education or preach illegally’ will also face being fired from their jobs, according to the document released by the Ministry of Education today. 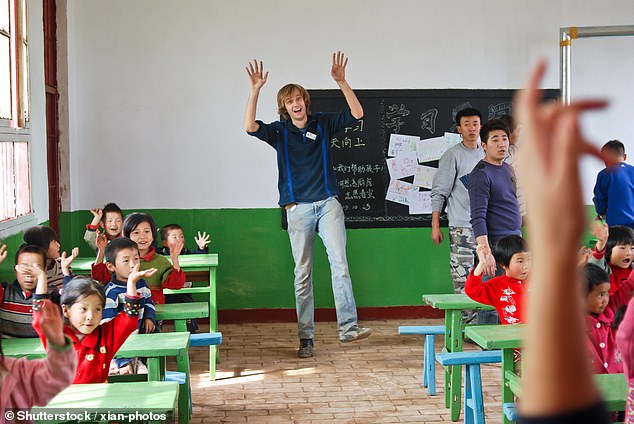 Beijing lawmakers have issued a draft regulation that seeks to punish foreign teachers whose behaviours are considered to be ‘harmful to China’s national sovereignty’. This file picture taken on October 25, 2009 shows an English citizen teaching kids at a school in China

The regulation continues by ordering education institutions to provide their foreign staff with at least 20 hours of training on China’s laws and current affairs.

The document was published on Tuesday after the authorities called for public feedback on the draft law.

After collecting all the responses on August 21, the officials will then review the regulations and decide whether to adopt them, said a notice.

The proposed regulation says that foreign nationals can only be employed by Chinese educational institutions they meet the relevant requirements, including obtaining sufficient teaching qualifications.

Non-Chinese teachers whose behaviours are deemed ‘harmful to China national sovereignty, security, honour, or public interests’ will be reported by their companies to officials and lose their jobs.

Other violations of the law include ‘disobeying public security management, such as by taking drugs’ and ‘engaging in religious education or preaching illegally.’

A credit system for foreign teachers in China will be put in place, the draft says, and those who violate the regulation will be recorded on the government network.

China’s demand for English-speaking foreign teachers is soaring in recent years as the country’s opening-up to the world leads to more people looking to learn the universal language. 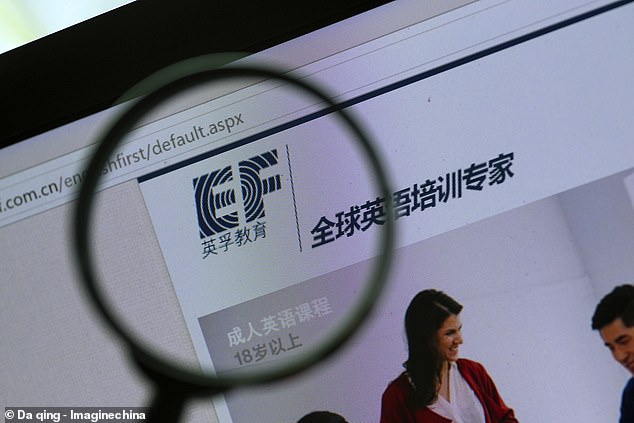 An estimated 300 million people in China are learning English and there are around 50,000 English-language training institutions across the country, according to a 2018 report cited by China Daily.

But the country has also seen a number of cases in which education institutions hired foreign teachers without teaching qualifications or work visas.

In 2017, there were more than 400,000 foreign teachers working in the education industry in China, but only one-third of them were employed legally, reported state media Xinhua.