The meaning of the fine print is key in an application before the High Court that may have ramifications for an estimated $10 billion in claims for losses suffered by businesses in the COVID-19 pandemic.

The Insurance Council of Australia has applied for special leave to appeal to the court, to be heard on Friday, to decide the intention of the fine print in insurance policies in a case that has so far backfired on insurers. 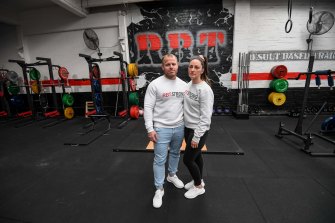 Travis and Liv Jones own RBT Gym, one of many businesses that could be affected by the High Court case.Credit:Joe Armao

The council, in documents before the court, estimated the issue affected more than 250,000 policies and $10 billion in claims.

If it accepts the case, the court will assess the wording of policies that have business interruption insurance, an add-on that usually cover disasters such as fires, floods and blackouts.

Insurance companies say they were never meant to cover pandemics, and lots of policies note pandemics as an exclusion when declared by the federal government under the Quarantine Act.

But in 2016, the Quarantine Act was repealed and replaced by the Biosecurity Act.

Some insurance companies became aware of the change and amended policies, but others didn’t.

Melbourne insurance lawyer John Berrill described it as an “oh shit” moment for the industry, given COVID-19 was declared a pandemic under the Biosecurity Act, not the old Quarantine Act.

Mr Berrill, of Berrill & Watson, said: “Insurance companies say, ‘That’s the fine print – this is actually what we meant’, which is ironic to say the least.

“I’ve been an insurance lawyer for 25 years fighting insurance companies where they’re trying to rely on the fine print, and here, the boot’s on the other foot.”

His firm has lodged 30 complaints with the Australian Financial Complaints Authority from businesses whose interruption claims have been rejected. The regulator said it had received 163 complaints nationally on the issue. 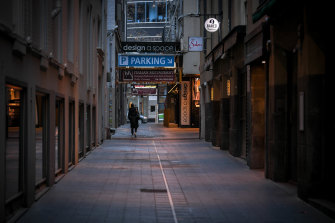 The Insurance Council of Australia took two of these claims – one from a caravan park in Tamworth and the other from a health food shop in the Melbourne suburb of Maribyrnong – to the NSW Court of Appeal as a test case, hoping for a knockout blow.

The court ruled the words were the words and the exclusion clause wasn’t enlivened as COVID-19 was not declared under the old legislation.

So significant was the Court of Appeal’s decision, the council said in its initial application to the High Court, that insurer IAG went into a trading halt and embarked on a $750 million capital-raising exercise in anticipation of a jump in claims. 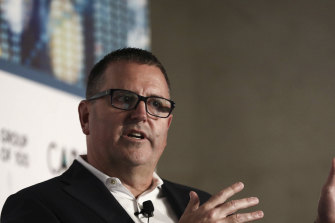 IAG chief executive Nick Hawkins admitted the policy wordings were “not as clear as they could have been”.Credit:Dominic Lorrimer

Part of the council’s argument to the High Court is that because the policies included “subsequent amendments” in reference to the Quarantine Act, that also meant a repeal and replacement of legislation.

A spokesperson for the Insurance Council said that even before COVID-19, pandemic-related losses were considered rare and expensive.

“The nature of the risk means that it is, by most measures, uninsurable. The global reinsurance industry deliberately and clearly excluded pandemic-related losses from most policies on this basis,” the spokesperson said.

A clear framework didn’t yet exist to enable the industry to cover the global pandemic risk without the likelihood of insurance pools being bankrupted, the spokesperson said. 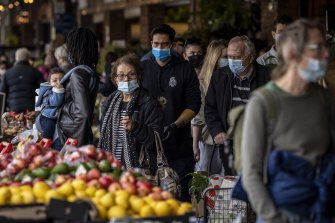 Masked-up Melburnians at the South Melbourne Market after the recent lockdown ended.Credit:Wayne Taylor

Kathryn Emeny, a partner at Warrnambool-based Maddens Lawyers, said insurers had “pressed pause or declined” many claims for losses from the lockdowns.

“It’s particularly unfair for an insurer to seek to rely on an outdated piece of legislation to decline claims,” Ms Emeny said.

Melbourne couple Travis and Liv Jones, who founded and run RBT gyms, had their claim with QBE knocked back, but their policy contains the Quarantine Act definition.

Ms Jones said her business lost $4 million last year and the claim, which is substantially less, would help eradicate their losses. 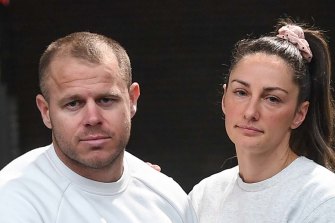 “We purchased these additional packs to ensure our company was protected for business interruptions. We did the right thing.”

Amy Wang, who owns the Summerfield Estate on the Mornington Peninsula, said businesses should be entitled to at least some credit from insurance companies for the period in which they were forced to close.

She said insurance companies faced very little risk while businesses were shut, although they were still paying for insurance, which for her cost more than $14,000 a year.

“During lockdown you can’t hold weddings and you can’t open the door for people to have a site tour,” Ms Wang said.

In Britain, a similar test case was launched by its corporate regulator and an initial ruling found mostly in favour of policyholders.

Mr Berrill said a High Court ruling in favour of businesses wouldn’t mean people would immediately get paid because of complexities in policies in having to prove an outbreak occurred at or within a certain radius of premises, and that a loss occurred.

“Businesses are stuck in the middle of a big legal fight, but in the meantime, they should get advice about lodging claims and not wait,” he said.

A second test case, also launched by the Insurance Council, is before the Federal Court to determine issues such as the definition of an outbreak. An individual case brought by Melbourne venues including St Kilda’s Hotel Esplanade has also been lodged in the Victorian Supreme Court.