THIS is the bizarre moment an angry tradesman demolishes a house with a tipper truck in a reverse ram-raid following a furious row.

Shocking footage shows the driver smash into one brick building, knocking down walls and crashing it to the floor, while cheering pals goad him on. 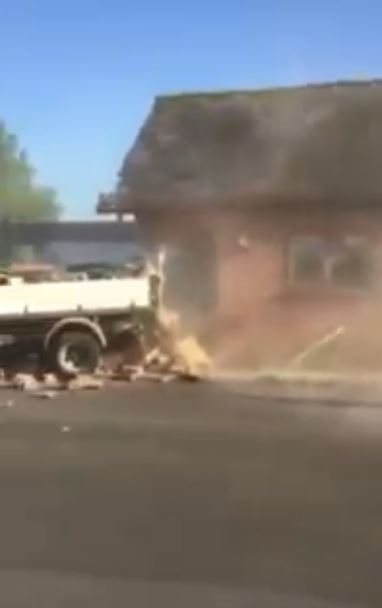 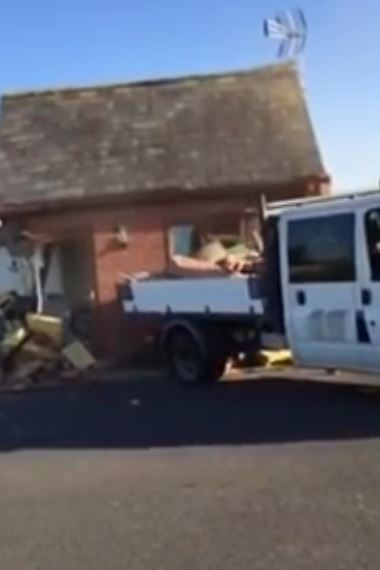 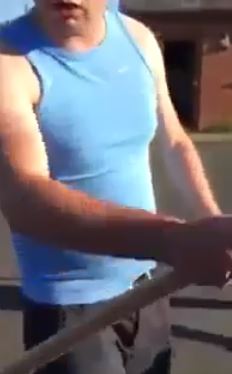 The driver reverses at speed, levelling a glass conservatory in front of his thug friends, some armed with makeshift weapons.

A yob in a blue vest brandishing a wooden pole turns to the camera and yells: "This is the real thing, boys.

It's unclear when or where the video was taken, or what sparked the gang's demolition job.

Footage of the mayhem was uploaded to a Facebook page.

The lorry driver is seen continuing his wrecking spree as he reverses into the house.

Piles of rubble are heaped around the truck as the home is swiftly reduced to debris in the brazen broad daylight blitz.

At least four men, who speak with Irish accents, are seen standing nearby as the main building is smashed to smithereens.

This is the real thing, boys. We give a f**k for no man

Another man is heard gleefully taunting someome to camera, saying: "Get them ye piece of s***s. Ye verminy b******s, ye."

The gang are heard talking among each other as the tipper track revs up and races towards them.

But the driver then slams the vehicle into reverse, crashing into the front of the house at least six times.

Heaps of bricks litter the back of the pick-up truck as the house is left in ruins. 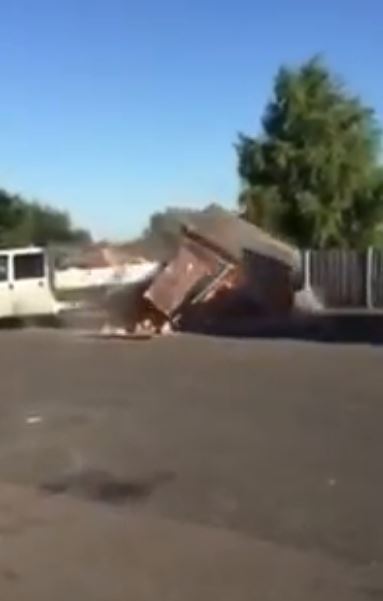 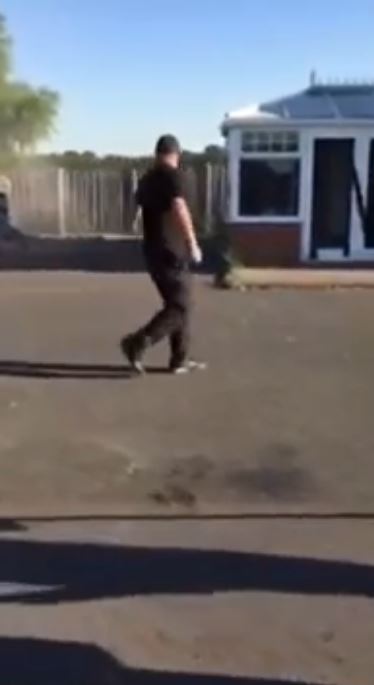 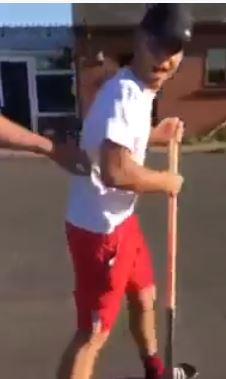 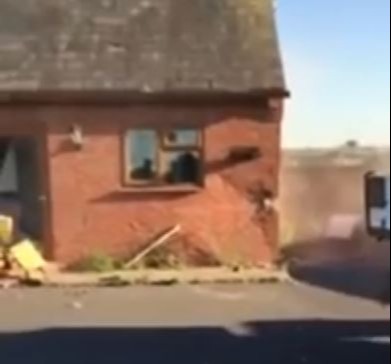