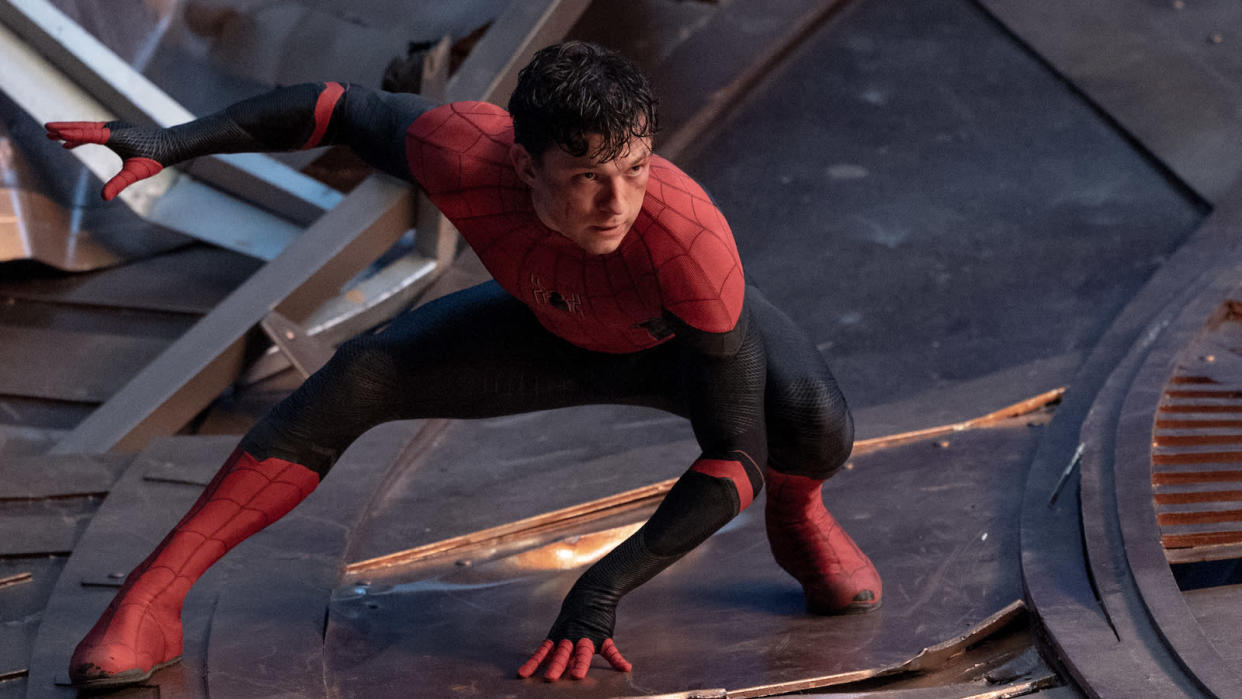 After months of pandemic-wary patrons and tepid numbers, this year of recovery for the domestic box office is at least going out with a bang. “Spider-Man: No Way Home” webbed up a truly mind-boggling $121.5 million on Friday from 4,336 locations, putting itself on the path toward a projected $242 million opening weekend.

That’s a performance the likes of which haven’t been seen since 2019’s “Avengers: Endgame,” which hit a $156.7 million opening day, months before the world had even heard about COVID-19. Not only is “No Way Home” the first pandemic-era film to surpass the $100 million mark in its first weekend of release, but its success outmeasures the parameters of a pandemic-era box office in general. The film scored the second highest opening day in the history of the domestic box office. The $121.5 million single-day total also measures up as the highest December opening ever and a franchise-best for Sony’s “Spider-Man” series, outperforming the three-day totals of 2017’s “Homecoming” ($117 million) and 2019’s “Far From Home” ($92 million) in just one outing.

Due to high anticipation and a spoiler-phobic culture among fans, Marvel films tend to skew front-loaded in their debut weekends, with many viewers making the effort to see a new release as quickly as possible. However, when opening weekends get this big, the numbers can begin to snowball instead of trending down. “Endgame” extended its $156.7 million opening day to a $357.1 million weekend, while 2018’s “Avengers: Infinity War” went from a $106 million opening day to a $257.6 million weekend. If “No Way Home” trends similarly to those monster performances, its final weekend total could exceed the projected $242 million.

The film has garnered positive reviews as well, with Variety‘s chief film critic Peter Debruge praising it as a “satisfying meta-adventure.” What’s more, it currently holds a 94% from critics on Rotten Tomatoes, with audiences offering a near bulletproof 99% approval rating, indicating good word-of-mouth.

Directed by Jon Watts, “No Way Home” picks up after Peter Parker’s superhero identity is revealed to the world, sending his world — as well as those of his girlfriend MJ (Zendaya), Aunt May (Marisa Tomei) and best friend Ned (Jacob Batalon) — spinning. In an attempt to return to normalcy, Parker confides in Doctor Strange (Benedict Cumberbatch) and asks the Sorcerer Supreme to cast a spell making the world forget that he is Spider-Man. The incantation goes awry, unleashing a multiverse of villains from the universes of other Spider-Men, including Willem Dafoe’s Green Goblin, Jamie Foxx’s Electro and Alfred Molina’s Doctor Otto Octavius.

Next to a behemoth like “No Way Home,” every other release looked like small potatoes. Even then, Searchlight Pictures’ “Nightmare Alley” is kicking off to muted numbers at best. Guillermo del Toro’s latest earned $1.192 million from 2,145 locations on Friday and is headed for a three-day total of $2.83 million, good for a No. 5 debut. The film has garnered major awards buzz and boasts an impressive cast of stars that includes Bradley Cooper, Cate Blanchett, Toni Collette, Willem Dafoe and Rooney Mara. Still, the film landed a tepid “B” CinemaScore, indicating mild approval from general ticket buyers, which doesn’t bode well for the word-of-mouth “Alley” would need to have healthy multipliers at the box office.

Disney’s “Encanto” will land in second with a projected $6.78 million three-day total. The animated adventure has been holding remarkably well since its Thanksgiving holiday debut, with this fourth weekend representing a mere 32% drop-off from its previous outing. The film will exceed an $80 million domestic gross by Monday.

Sony’s “Ghostbusters: Afterlife” will take third with a projected $3.92 million weekend. After opening big a week ahead of Thanksgiving, the comedy sequel has ridden solid word-of-mouth to propel it past a $110 million gross at the domestic box office.

Finally, 20th Century Studios’ “West Side Story” might be beginning to face the music. Steven Spielberg’s imagining of the classic musical is facing a hard 67% drop in its second weekend, heading for a three-day gross of $3.47 million. What’s more, the film’s $1.06 million Friday gross is only a hair above its Monday gross of $1.05 million, indicating that general audiences don’t feel the need to use their weekends to rush out to see the musical. Those numbers aren’t high enough to put the film on the path to matching its $100 million production budget.