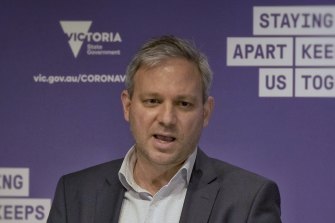 The star line-up was confirmed on Friday afternoon after a Health Department leader was forced to concede that not even she had a clear idea of who was in charge of the hotel quarantine program.

As commander of Operation Soteria, Merrin Bamert was responsible for the day-to-day management of the program.

Confusion about who was in charge has emerged as one of the critical issues identified by the inquiry, with multiple departments and agencies muddying lines of command and responsibilities.

It meant there were inconsistencies among the hotels in relation to the use of protective gear, infection control and in the treatment of returned travellers and expats detained in quarantine. 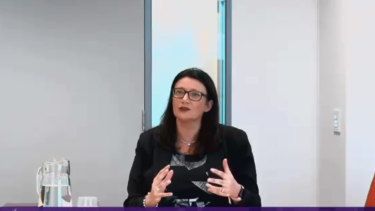 Merrin Bamert, who became a commander of Operation Soteria for the Health Department.Credit:Hotel Quarantine Inquiry.

Her offsider in the department, Pam Williams, also told the inquiry on Friday: "I think the terminology 'in charge' is somewhat loaded in the context of this inquiry. I think the person who was co-ordinating and our representative on site was the team leader and we were working as a team."

It follows other evidence to the inquiry this week that the Health Department blocked Professor Sutton from taking control of the state's coronavirus response against his wishes and in contradiction of Victoria's pandemic plan.

Health Department deputy secretary Melissa Skilbeck said Professor Sutton would be too busy in his lead advisory role and as the public face of the pandemic response to also serve as state controller.

Emergency management experts within the department, Andrea Spiteri and Jason Helps, took the role. Both will be called to the inquiry next week. 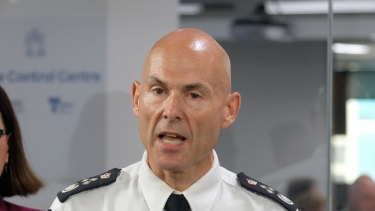 Mr Crisp is expected to be pressed on two vexed issues – why defence force personnel weren't deployed in the first few months of the program and when defence force assistance was offered, as well as who decided to use private security instead of police.

The role of police is a key difference between hotel quarantine in Victoria and NSW. In Victoria, police supported private security and authorised officers, but did not have a 24/7 presence inside the hotels.

In NSW, police are responsible for overseeing the hotel quarantine operation, with assistance from the Australian Defence Force, NSW Health and a private security contractor, according to NSW Health.

Mr Ashton recommended private security be the "first line of security", according to evidence to the inquiry, but it is not yet clear who made the decision to use the guards.

The inquiry has been told 32 guards contracted COVID-19 while working in the hotels. Victoria's devastating second wave of the virus has been genomically linked back to seven returned travellers who were quarantined in three different rooms at two hotels, the Rydges on Swanston and the Stamford Plaza.

One per cent of more than 20,000 people who went through the program from the end of March until July tested positive to coronavirus, the inquiry heard. International flights landing in Victoria were later suspended due to the rise in COVID-19 cases.

Ms Williams confirmed during Friday's evidence that some people who had tested positive and had reached the end of their mandatory 14-day detention were allowed to be released and told to isolate at home.

She said it could have been possible to allow people to leave quarantine earlier if they had tested negative.