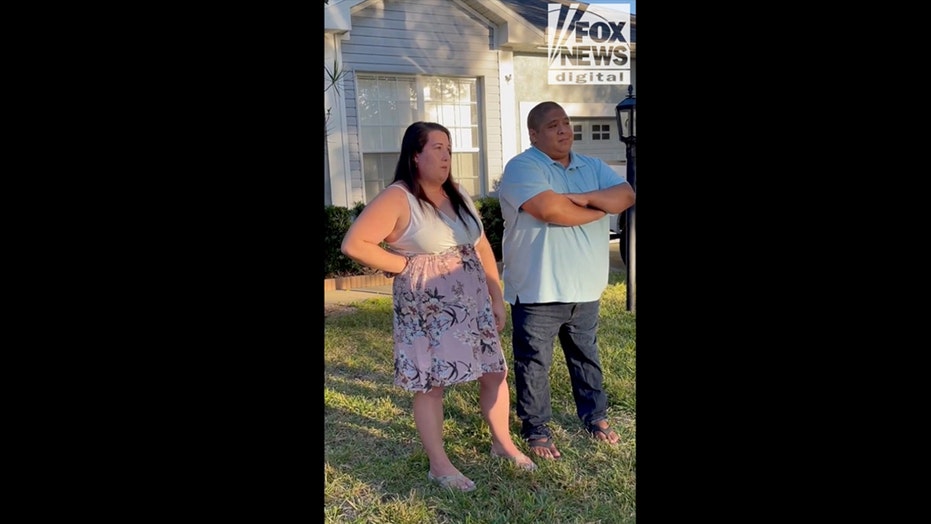 Brian Laundrie case: TikTok user gets Cassie Laundrie on the record with brother on the run after Gabby Petito’s homicide

Brian Laundrie case: Wanted fugitive’s sister told protesters that her family has been ignoring her following the disappearance of her brother and the death of Gabby Petito

Brian Laundrie’s sister Cassie Laundrie told ABC’s “Good Morning America” Tuesday that she doesn’t know if her parents are involved in his disappearance, but added, “I think if they are, they should come clean.”

Cassie Laundrie maintains she has been cooperating with police.

“I worry about him. I hope he’s OK. And then I’m angry and I don’t know what to think,” she said about Brian. “I would tell my brother to just come forward and get us out of this horrible mess.”

Cassie Laundrie said the last time she physically saw and spoke to her brother was on Sept. 6 and shared a photo of her son standing next to Brian Laundrie while he was camping at Fort De Soto park, five days before Gabby Petito’s reported disappearance.

“We just went for a couple of hours and we ate dinner and had s’mores around the campfire and left,” Cassie said. “There was nothing peculiar about it, there was no feeling of grand goodbye.”

Cassie Laundrie’s comments came after she told protesters outside her Florida home Monday that her family has been ignoring her following the disappearance of her brother.

“I’m in the boat where I’m getting ignored by my family and thrown under the bus by my family’s attorney,” she said in video shared by TikTok user @chroniclesofolivia.

Brian Laundrie is a subject of a federal warrant for alleged debit card fraud and a person of interest in the homicide of Gabby Petito.

Laundrie was seen leaving his home on Sept. 14. His parents reported him missing three days later, before the federal warrant had been announced.

His whereabouts are unknown, but several possible sightings have been reported along the Appalachian Trail near the border of North Carolina and Tennessee, as well as parts of Florida.

Petito’s remains were found at a Wyoming campsite on Sept. 19, weeks after she was last seen alive in Jackson Hole at a campground she was believed to have shared with Brian Laundrie until late August.