THE lucky British winner of £58million EuroMillions jackpot has been revealed today as a dad-of-one from Rochdale.

Ryan Hoyle had to get his parents to confirm his win as he couldn't believe his luck when looking at the numbers. 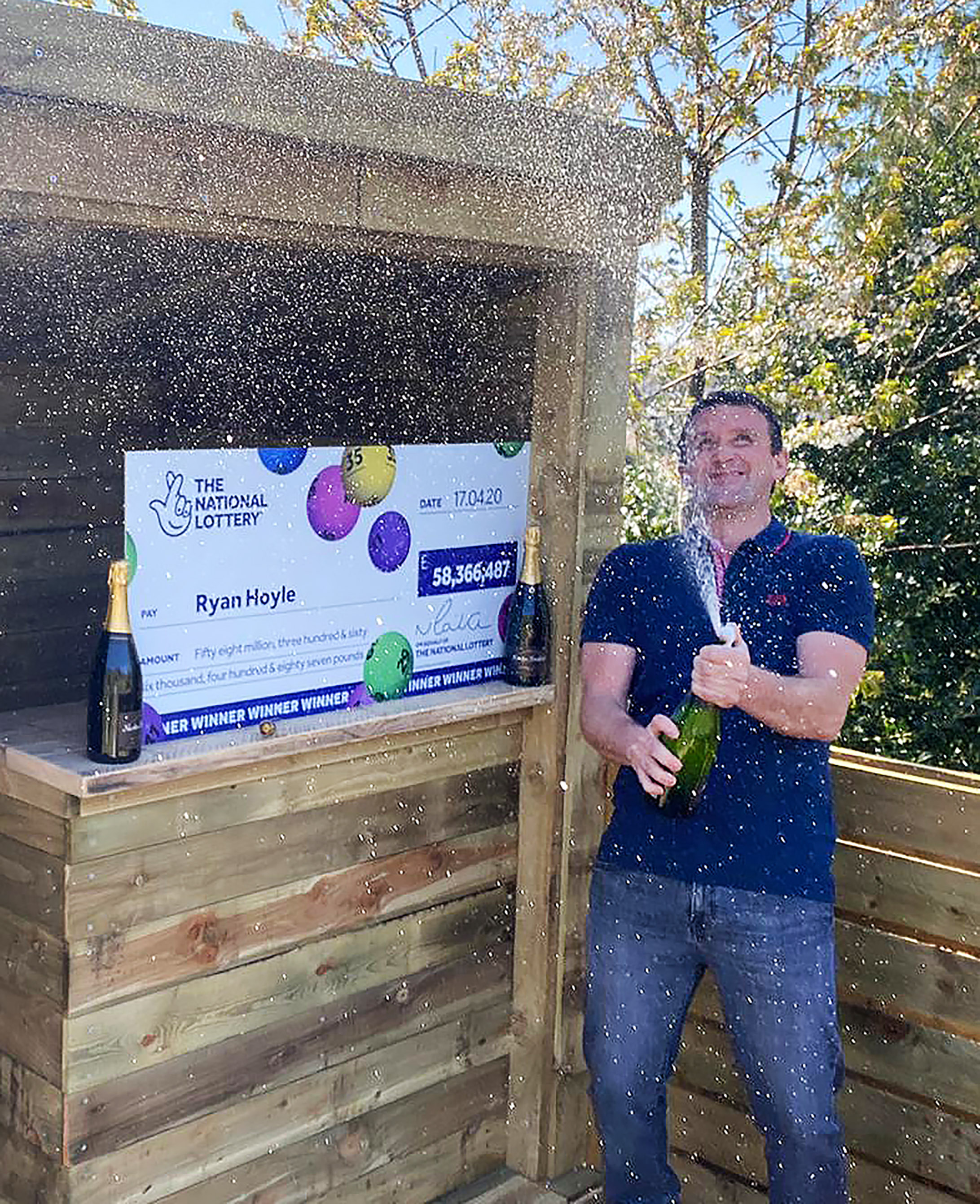 Ryan said, “I always wake up early and was sat on the edge of my bed but couldn’t work out what I was looking at.

"The email linked to my account which looked like a lot of numbers and I thought it might be millions but I couldn’t believe what my eyes were seeing. I couldn’t make sense of it and really needed to talk to someone so I called Mum and Dad.

"It was 6am so they assumed that I had locked myself out of the flat somehow as it has happened before.

“I was shaking and really needed a second opinion so I jumped in the van and drove round to Mum & Dad’s house.

"I stuck to the government guidelines and kept a safe distance outside and passed the phone through the window for them to double-check for me.

"They even checked my numbers against another website, just to be sure. It was real – I had won £58M!”

They now have roughly as much cash as former One Direction singer Harry Styles, who boasts a £58million fortune.

Record winners from the UK include Colin and Chris Weir, from Largs in North Ayrshire, Scotland, who won £161million in 2011.

And last week it was revealed last month's winner was also a Brit.

Andy Carter, Senior Winners’ Advisor at The National Lottery, said, “It is fantastic news that a lucky ticket-holder has now claimed this enormous prize.

"We will now focus on supporting the ticket-holder through the process.

“During the current crisis, we’d like to encourage as many players as possible to check their tickets and play online or on the National Lottery app, and to only buy their tickets in retail or claim a retail prize if they are already in-store to do an essential shop.”

Other previous big wins include the £161million landed in 2011 by Colin Weir and wife Chris from Largs in North Ayrshire.

And Adrian and Gillian Bayford, from Suffolk, took home more than £148million in 2012.