‘Racing dentist’ Charles Anthony Standish Brooks made his championship debut with BRM in 1956, winning six grands prix during one of the sport’s deadliest eras, narrowly missing out on winning the F1 title in 1959, and retiring at the age of 29.

He is regarded as one of the great British drivers of the 1950s, with only Argentina’s Juan Manuel Fangio, Italian Alberto Ascari and Stirling Moss winning more races than Brooks during his era.

In Nigel Roebuck’s 1986 book Grand Prix Greats, Moss said: ‘Brooks was a tremendous driver, the greatest – if he’ll forgive me saying this – ‘unknown’ racing driver there’s ever been. He was far better than several people who won the world championship.’

In 1955, aged 23, he was studying for his finals in dentistry when he was called in as a last-minute replacement at the Connaught team for the Syracuse GP. He missed the first day of practice, learnt the track on a hired scooter and beat the factory Maseratis of established F1 drivers Luigi Musso and Luigi Villoresi – earning him the moniker of ‘the racing dentist’.

Formula One chief executive Stefano Domenicali in a statement: ‘I was saddened to hear the news that Tony Brooks has died. He was part of a special group of drivers who were pioneers and pushed the boundaries at a time of great risk.’ 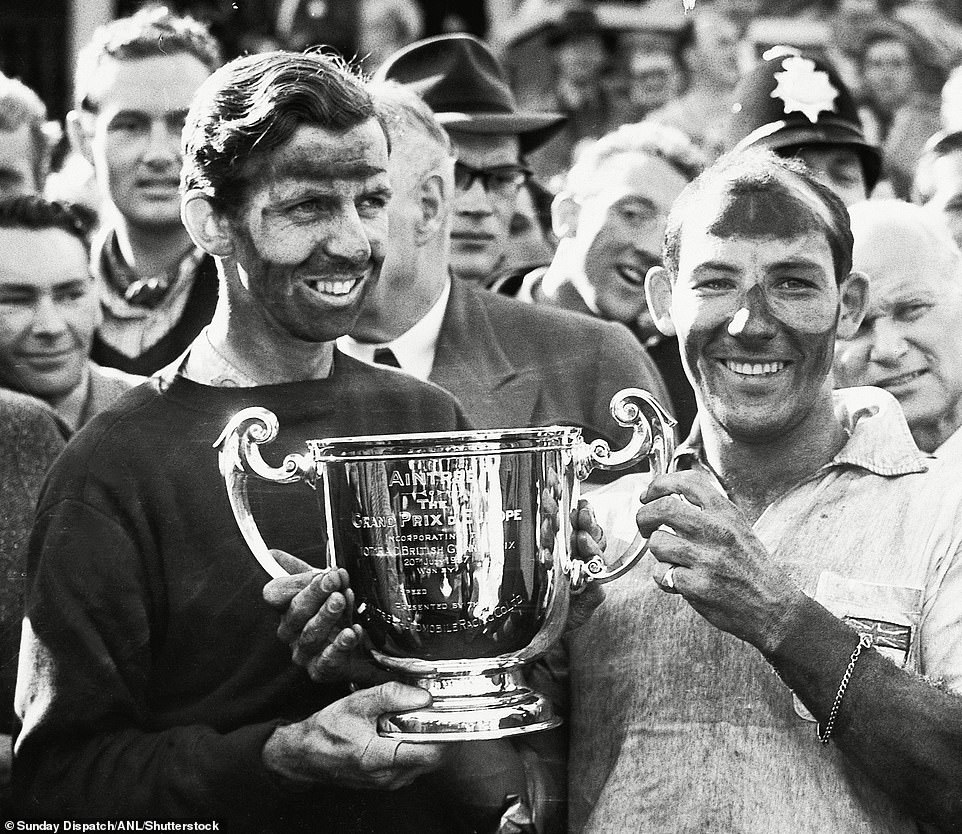 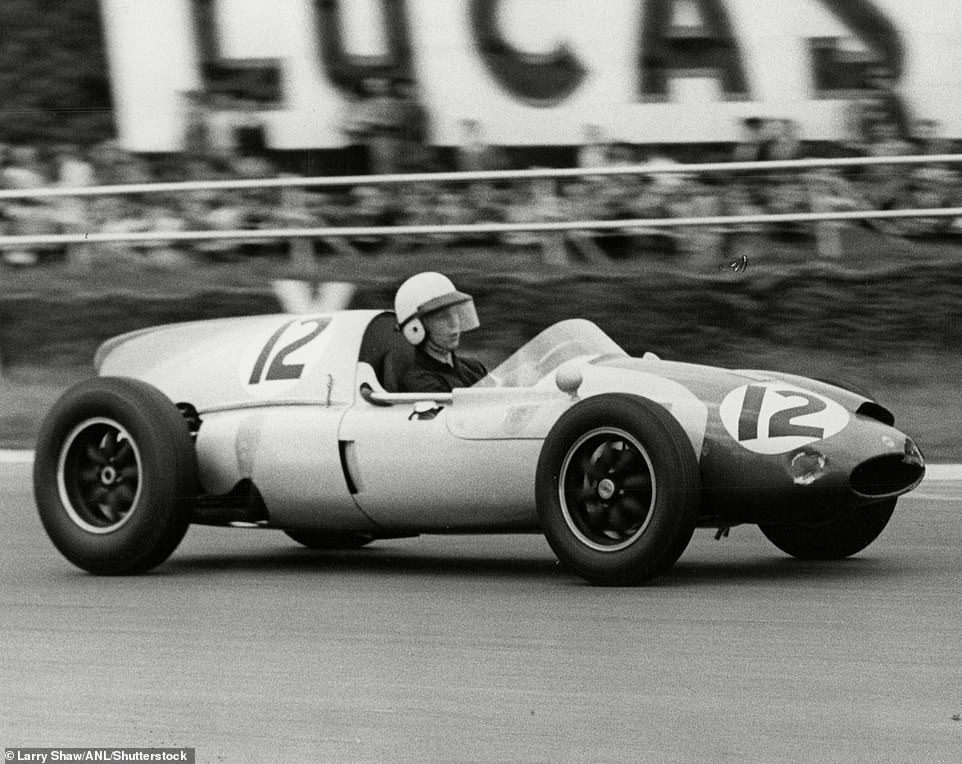 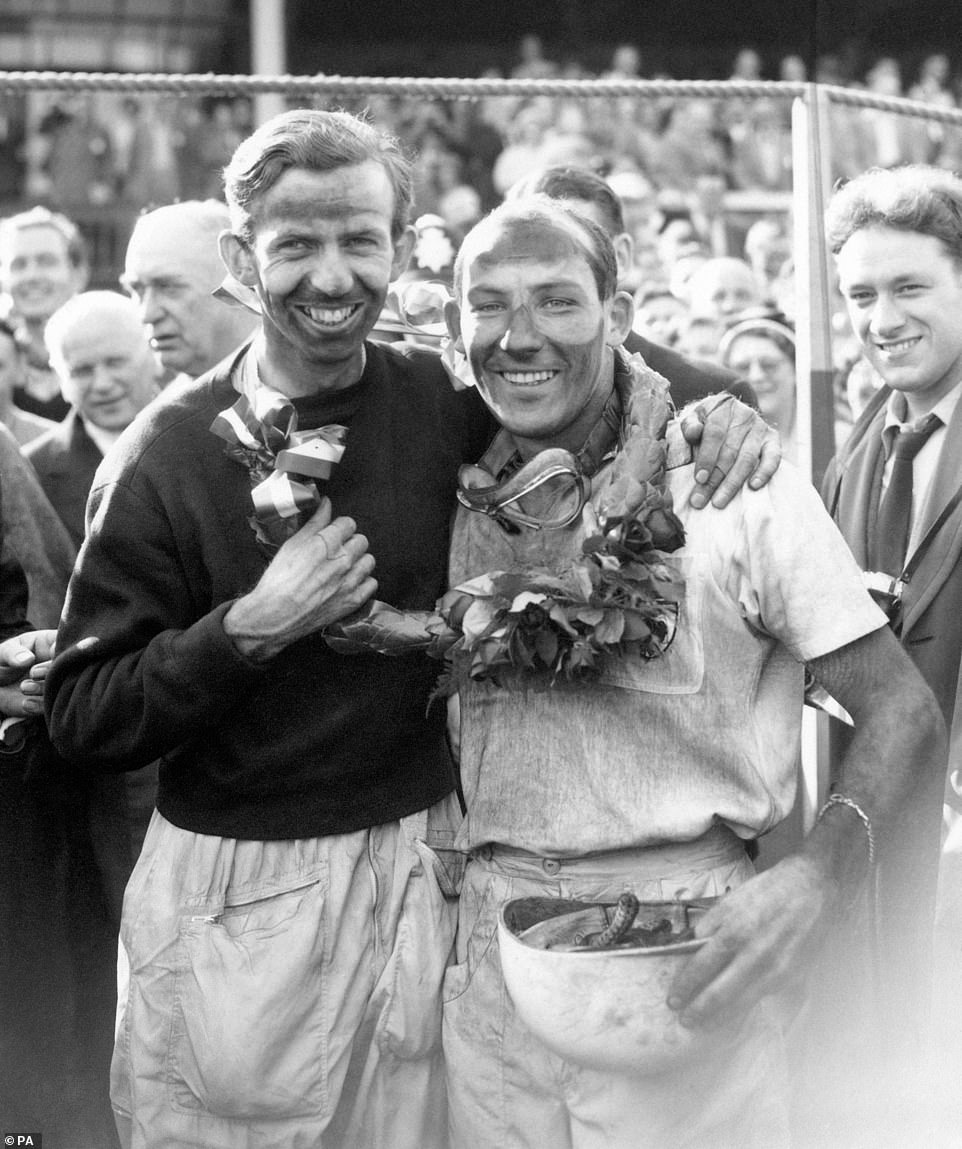 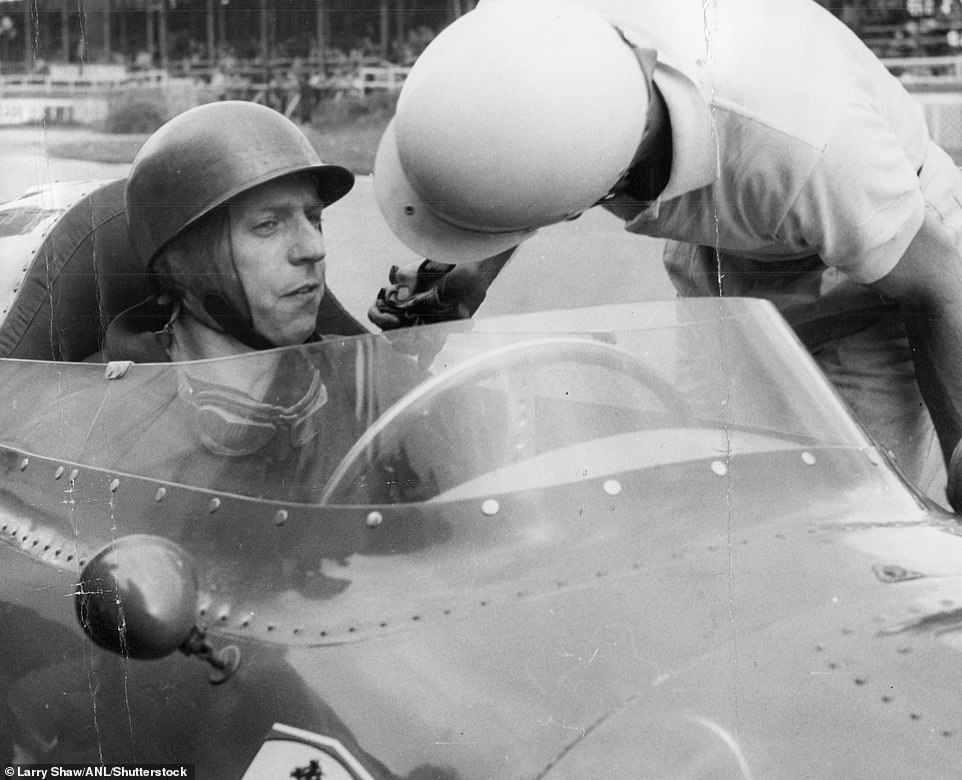 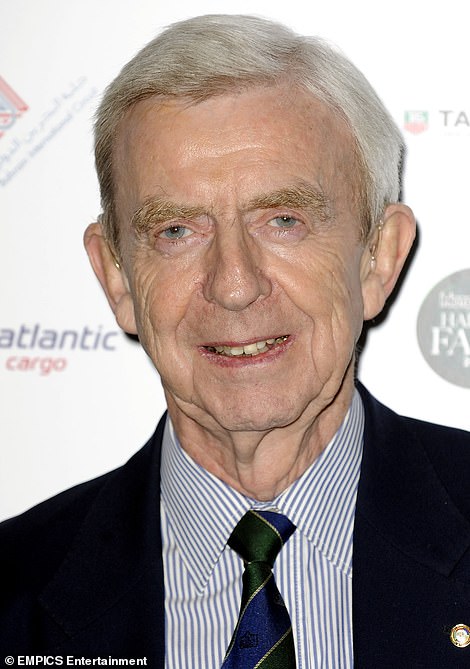 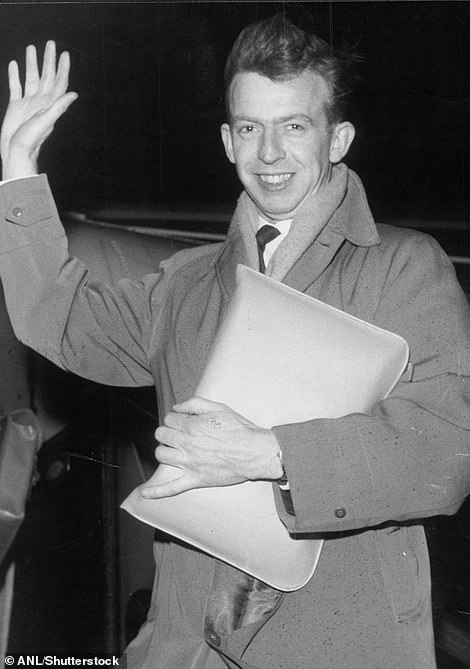 Goodwood Revival announced on its official Twitter account: ‘We are sad to announce the passing of Tony Brooks, the last surviving Grand Prix winner from the 1950s.

‘Known as the ‘Racing Dentist’, he was one of the greatest drivers never to have been world champion despite six Grand Prix wins. Our thoughts are with his family.’

Brooks recalled: ‘I was totally absorbed in studying when Connaught called me, and I was still immersed all the way out there. It was probably a blessing, because I didn’t have time to think what I was doing, going to what was regarded as the end of the world to drive a car I’d never sat in, on a circuit I’d never seen – a true road circuit! Thankfully I was more worried about my studies.’

He missed the first day of practice, learnt the track on a hired scooter and beat the factory Maseratis of established F1 drivers Luigi Musso and Luigi Villoresi.

Brooks won the 1957 British Grand Prix for Vanwall, in a car shared with Moss, and triumphed for Ferrari in France and Germany in 1959, the year he finished second overall to Australian Jack Brabham. He was also twice a runner-up in Monaco.

A quiet, unflashy man, Brooks said: ‘I think we did feel different from the others. I did, because motor racing was too serious to fool about. 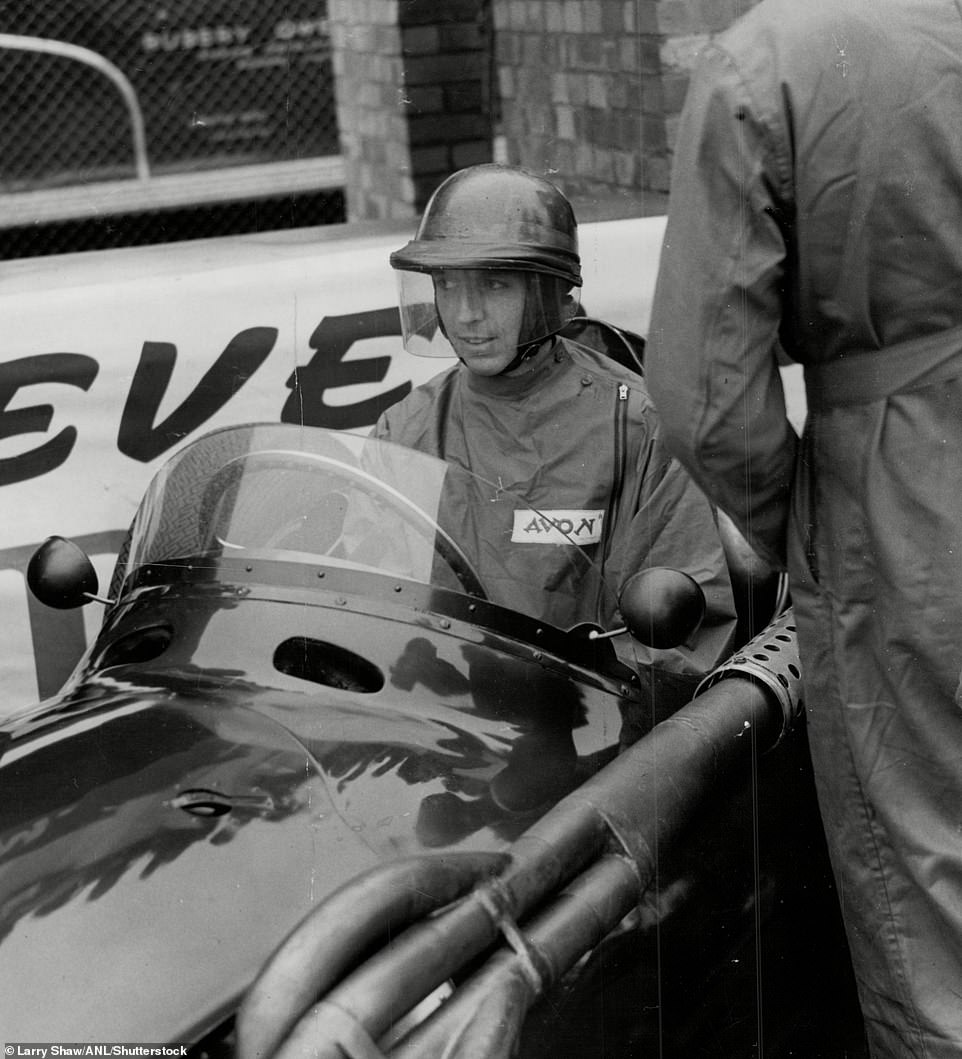 F1 legend Tony Brooks sitting in a racing car. He has died at the age of 90, his daughter has revealed 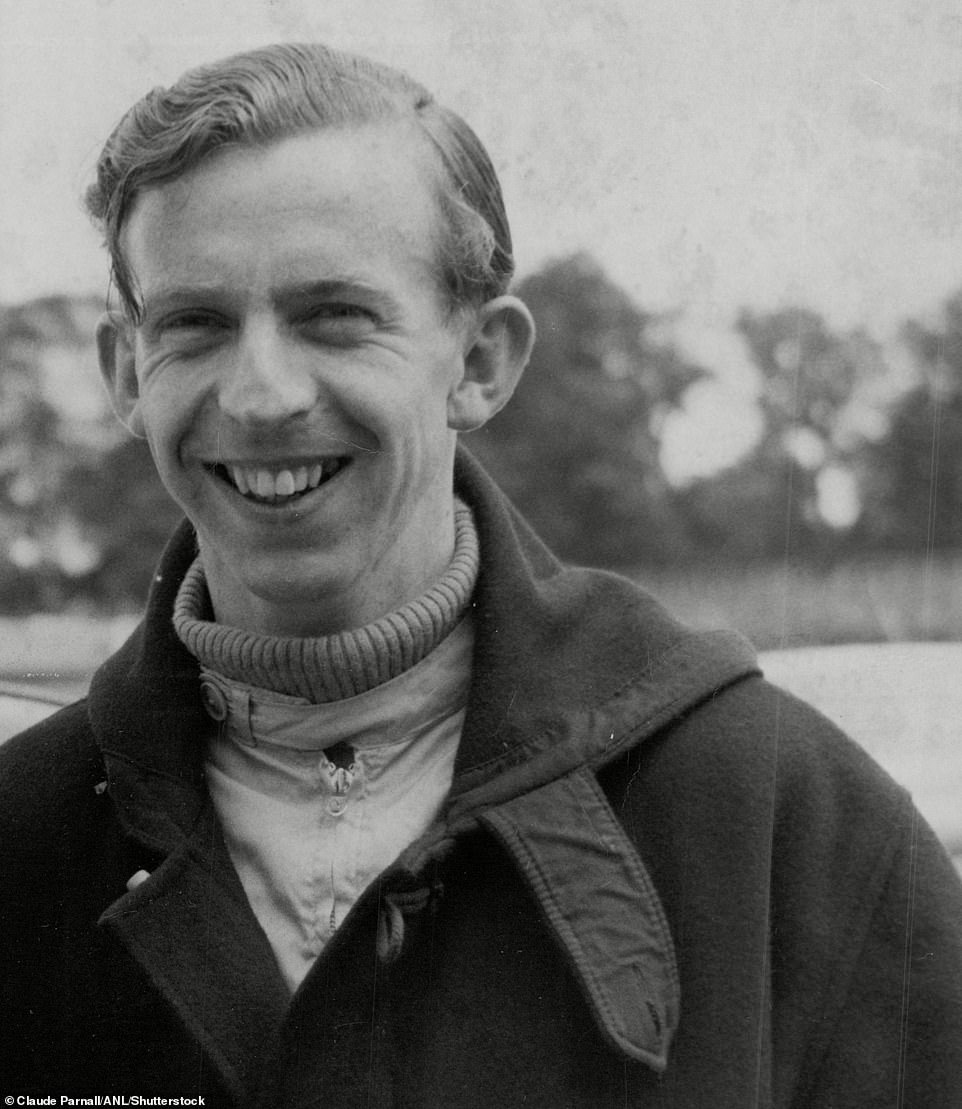 ‘Racing dentist’ Tony Brooks posing for a photo. He was one of the last surviving grands prix winners of the 1950s 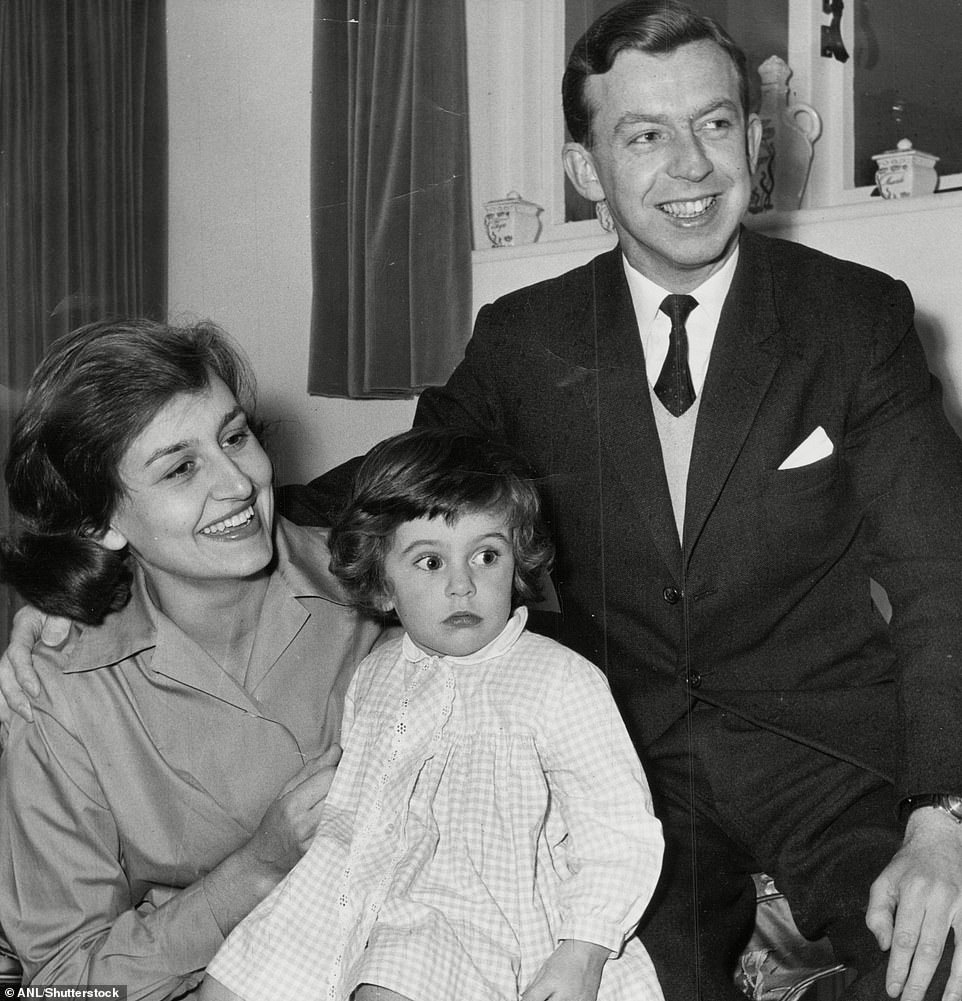 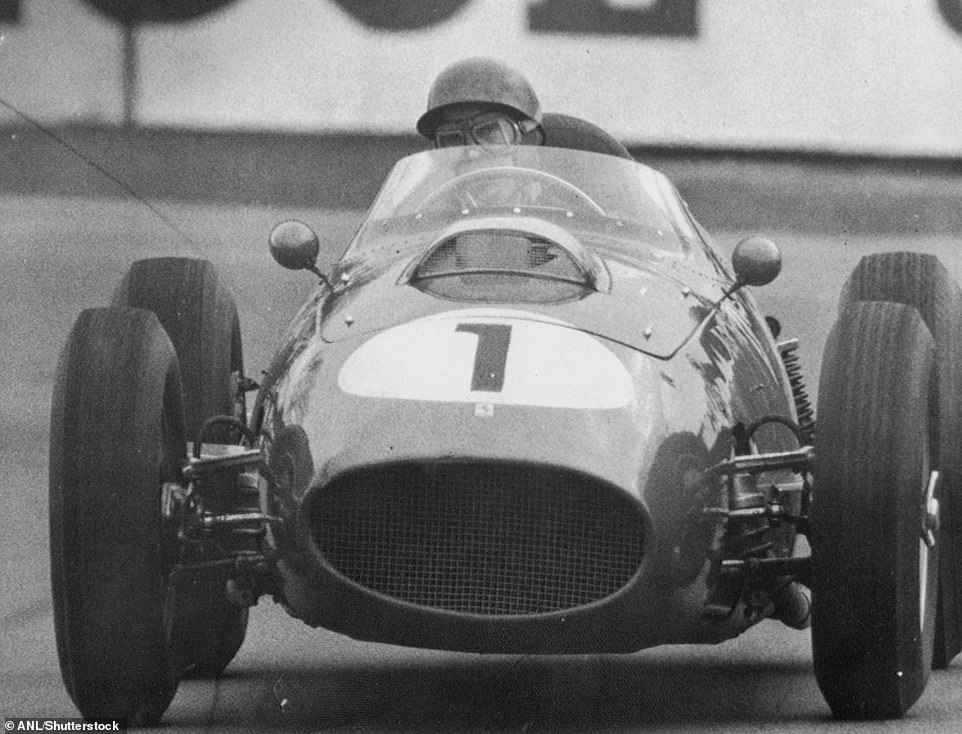 Tony Brooks pictured driving a racing car in the 1950s. He was one of the all-time F1 greats

‘But I like to think I could enjoy myself with the lads after or between races along with the best of them… Away from racing, I was finishing my studies and had this idea that I would qualify as a dentist, so I was really a dentist, not a professional racing driver. I think I probably felt that all my career.’

He added: ‘For six or seven years I went motor racing and thoroughly enjoyed it. But I never had the dedication of, say, Stirling. It was never going to be my life. Just a part of it.’

Brooks survived two huge accidents at Silverstone and Le Mans earlier in his career that had changed the way he approached racing and informed his actions at Sebring.

He recalled: ‘Believe me, those must have been the most difficult minutes of my life! If I stopped, the World Championship would be gone. On the other hand, if I didn’t I would have betrayed the solemn promise that I’d made to myself… Without being dramatic about it, I had got away with my life twice and therefore I made that promise to myself. And if I did, could I deserve anything else but pushing up the daisies?

‘My natural inclination was to carry on. Believe me, that would have been the easiest thing to do, but I made myself come in to have the car checked over.’

Brooks lost half a lap doing so and he finished third, not enough to prevent Jack Brabham, who had run out of fuel and pushed his car over the line for fourth, taking the title.

The BBC said the news was announced by Brooks’ daughter Giulia.