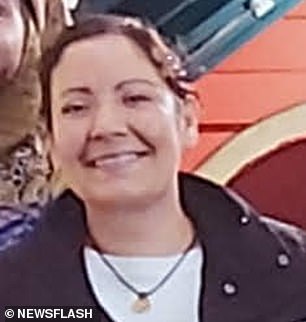 Fears are growing for a British-Mexican woman allegedly kidnapped at gunpoint after she challenging a corrupt Mexican mayor.

Claudia Uruchurtu Cruz was allegedly dragged by kidnappers into the back of a red truck that drove off with her in the boot during an anti-corruption protest in Mexico on March 26.

Authorities have been slow to probe Cruz’s alleged kidnapping and only opened an investigation after facing pressure from the UN and the British government.

The 48-year-old activist was attending a protest against Asuncion Nochixtlan municipality Mayor Lizbeth Huerta, in the south-western Mexican state of Oaxaca when she went missing.

Huerta, who is running for election in June, is currently under investigation by the Mexican Anticorruption Prosecutor’s Office for the alleged misappropriation of public funds. 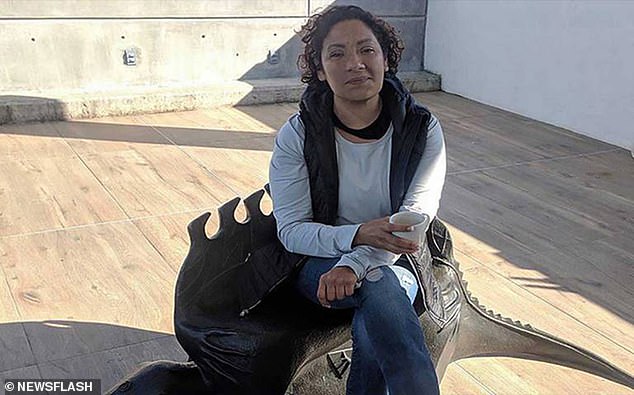 Protests began after Huerta allegedly ordered her bodyguards to beat a businesswoman to near death after she asked the president to pay back a MXN 500,000 (£18,150) loan, local media outlet Didxha reporte.

Cruz’s sisters, Elizabeth and Sara, said Claudia was last seen in the town’s central square where she was mobbed by a group of people who bundled her into the back of a red pick-up truck and drove off.

The Mexican Ombudsman’s Office for Human Rights heard testimonies from witnesses who corroborated the account given by the sisters.

Elizabeth and Sara added that Claudia had been subjected to constant threats because of her political activism.

They went on to directly accuse the municipal government of orchestrating their sister’s disappearance.

Authorities had refused to look into the case until pressure from the federal Mexican government forced their hand, local news outlet Sinembargo reported.

The Mexican government faced pressure to act from the United Nations (UN) and the British government.

The UN Committee Against Forced Disappearance signed an open letter addressed to the Mexican government pressuring them to locate the missing woman.

The victim’s sisters, who live in Sheffield, wrote to the British Foreign Secretary Dominic Raab asking him to work with the Mexican government to find Claudia.

Several MPs from Sheffield have also written to the foreign secretary on behalf of the victim’s family raising their concerns about the situation.

The Attorney General’s Office issued a statement on Twitter announcing they had issued a ‘Pink alert’ which is applied if a woman in the state is missing.

The Attorney General is currently treating this as a missing person case, not a kidnapping, because no demands have been issued for her release.

Huerta has denied involvement in the case and said that she is willing to collaborate in the investigation.

The Attorney General’s Office is yet to release any information regarding potential suspects or leads in the case. 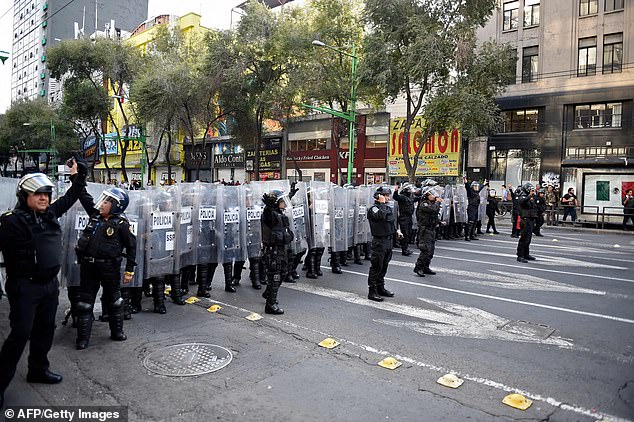 Authorities have been slow to probe Cruz’s alleged kidnapping and only opened an investigation after facing pressure from the UN and the British government (pictured, police prepare to face protesters in Mexico City in 2019) 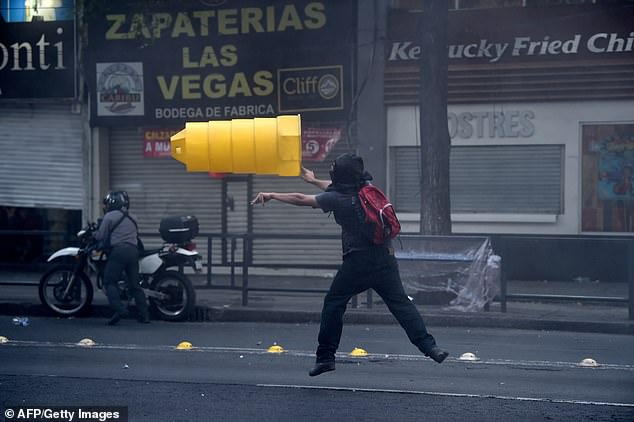 Protests began after Huerta allegedly ordered her bodyguards to beat a businesswoman to near death(pictured, a protester throws a projectile at police at a demonstration over the unsolved disappearance of 43 students)