Back for seconds? Britons tucked into 100 MILLION Eat Out to Help Out meals in August – as Rishi Sunak hints cut-price deals could be back in 2021

More than 100million half price meals were enjoyed under the ‘Rishi’s Dishes’ scheme to breathe new life into restaurants, pubs and cafes.

It seems an astonishing 36million meals were eaten on Bank Holiday Monday alone in a final cut price blow out.

On the face of it, that was three times more than on the first three days of the scheme at the beginning of August.

The ‘Eat Out to Help Out’ scheme has cost the taxpayer £522million to date and the final bill could well top £600million when all the claims are in.

This figure should be set against an original estimate of £500million and suggests Britons love a bargain more than they fear the pandemic.

Meanwhie Chancellor Rishi Sunak is said to have hinted that the 50 per cent off scheme could return in Britain next year to boost the economy again. 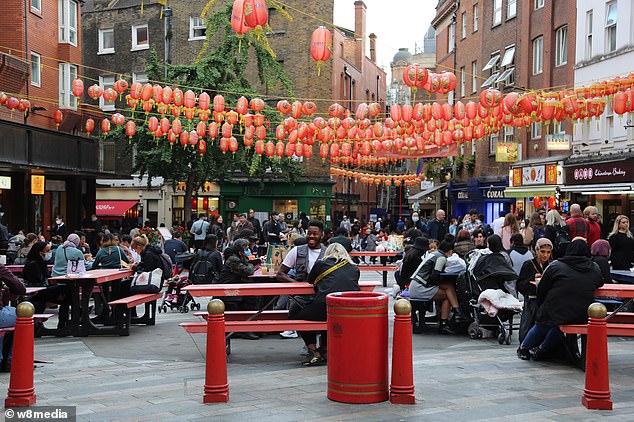 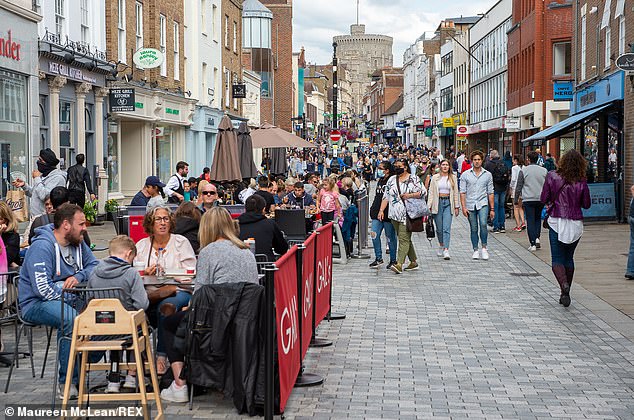 Many restaurants were fully booked when the scheme came to an end on Bank Holiday Monday with some people warned of queues of up to three hours.

The Treasury said that 84,700 establishments signed up making 130,000 claims worth £522 million. Officials said the higher than expected spending should be seen as a positive in terms of protecting businesses and jobs.

Chancellor Rishi Sunak said: ‘From the get-go our mission has been to protect jobs, and to do this we needed to be creative, brave and try things that no government has ever done before.

‘Today’s figures continue to show Eat Out to Help Out has been a success. I want to thank everyone, from restaurant owners to waiters, chefs and diners, for embracing it and helping drive our economic recovery.’

According to OpenTable data, restaurant bookings increased by an average of 53 per cent on Mondays, Tuesdays and Wednesdays throughout the whole of August, compared to the same days in 2019. 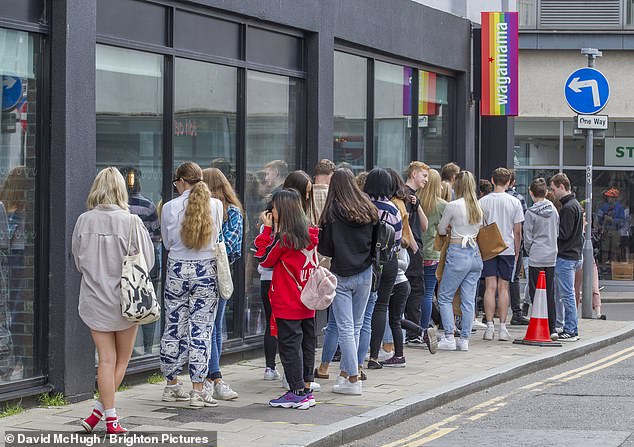 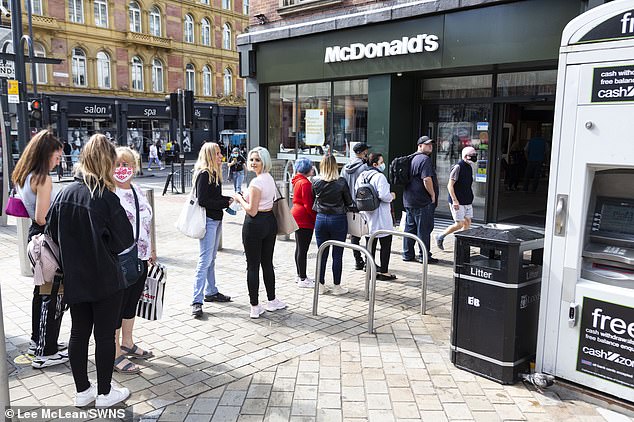 On Monday, bookings were up 216 per cent compared to the equivalent day in 2019.

Could Eat Out to Help Out return next year?

Rishi Sunak is said to have hinted that the 50 per cent off Eat Out to Help Out scheme could return in Britain next year.

The Chancellor privately told Conservative MPs that the scheme could come back if the economic recovery is slower than hoped, according to The Sun.

The newspaper reported that he was asked in a private meeting with Tories atives on Wednesday how the Government might be able to combat a slow comeback.

He is said to have told colleagues: ‘We know in the short term we can use the tax system to drive economic activity, and depending on how the shape of the recovery is we can look to do more of that.’

One Tory MP who was present at the meeting told The Sun: ‘It was pretty clear he meant more Eat Out, everyone loves it.’

There had been an upward trend in the scheme’s popularity since it launched, with 10.5m meals claimed for in the first week and 35 million meals by the end of the second. It was 64m in the third and over 100m by August 31.

The Chancellor’s Plan for Jobs, announced last month, also includes cutting VAT for tourism and hospitality to 5 per cent, a £2billion Kickstart Scheme, which opened for applications this week, and an £8.8billion investment in infrastructure, decarbonisation and maintenance projects.

Barclays Group chief executive, Jes Staley, said: ‘The scheme has given the industry a real boost, and will hopefully support the jobs of many hardworking restaurant and fast-food employees across the country.

‘Consumer feedback was also very encouraging, with almost one in five planning to continue dining out more often to support the industry, and a similar number saying that they will return to restaurants that they would not have visited otherwise.’

Chief executive of UK Hospitality, Kate Nicholls, said: ‘Our members have reported very strong bookings throughout August at a time when the sector really needed a boost.

‘It has helped provide a lift in consumer confidence which is going to be key for hospitality businesses as they look to reopen and help rebuild the economy.

‘The scheme has provided a timely boost in trade which will have helped many businesses safeguard jobs all around the UK.’

David Page, chairman of Fulham Shore, which owns Franco Manca and The Real Greek, said: ‘Eat Out to Help Out immediately increased our restaurant customer numbers by over 50 per cent, thus enabling us to get all our staff back to work.

‘In fact, we are now creating new jobs by hiring and training more people as fast as we can.’