Brits have admitted they will miss the chaos of a large family get together and the last-minute Christmas shopping dash this year – despite previously finding them annoying.

The study of 2,000 adults found that as they gear up for a more socially distanced Christmas than usual, they are also longing for the days of taking the mickey out of relatives at big gatherings and spending lots of time with the in-laws. 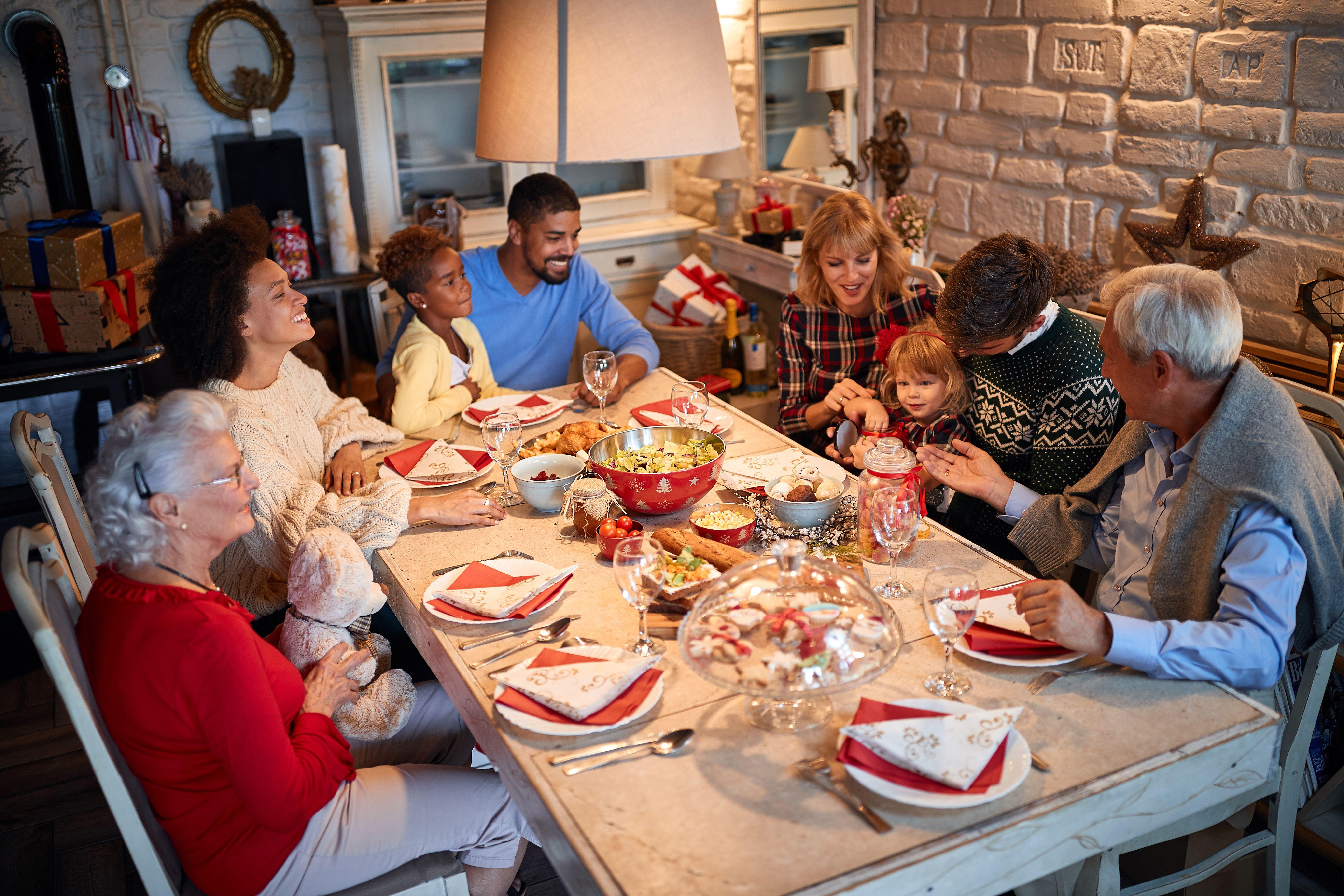 Bickering over the Christmas dinner, fighting over the TV remote and even the dry turkey are also among the 'disliked' festive activities people are going to miss this year.

But while 62 per cent will miss these things because they are all part of the Christmas experience, 28 per cent admitted they actually enjoy the 'annoying' parts of the festive period.

A spokesperson for Cockburn’s Port, which commissioned the survey as part of its Big Night In campaign, said: “This Christmas, families will miss out on a lot of traditions from previous years, and will begin to love the things they hate.”

The study also found that although Christmas ‘tis the season to be jolly, people were most likely to associate it with the words ‘stressful’ and ‘expensive’.

Almost half (48 per cent) of adults even claimed they needed a week’s holiday to recover from the festive period.

As a result, 47 per cent are secretly looking forward to the prospect of lower-key Christmas celebrations.

Despite the change in restrictions, 43 per cent still believe they will be spending Christmas Day without their loved ones this year.

But four in 10 are ‘relieved’ to be socially distanced from extended family, because it's 'too much of an effort' or can get too expensive.

The research, conducted by OnePoll, also found that 40 per cent find the prospect of hosting Christmas Day for family daunting.

Almost half (46 per cent) wouldn’t have it any other way though, despite it being loud, expensive and stressful.

It also emerged that with the prospect of spending more time alone this Christmas, a quarter plan to spend more money on themselves to ease the pain of being separated from loved ones.

And 28 per cent will be spending a lot less on friends and family.

Cockburn’s Port spokesperson added: “Whether you're dreading spending Christmas away from your family, or secretly welcoming the extra me-time, we could all do with something to make the festive season extra special this year.

"This is why we have launched the Cockburn's Big Night In and our specially created Cockburn's Christmas hampers.”

TOP 10 ‘CHRISTMAS HATES’ THAT WILL BE MISSED THIS YEAR