A TRANSGENDER employee at Burger King who died after displaying coronavirus symptoms was made to continue to work despite having symptoms – while bosses blamed her death on her transition medication, it has been claimed.

Staff at the branch in Santa Monica, LA county, are striking over the death of Angela Martinez Gómez, who they allege was made to work for a full week even while she displayed symptoms, and was not given protective gear.

One manager at the 1919 Pico Blvd branch allegedly blamed the death of Gómez, 42, of Oaxaca, Mexico, on hormone injections, KTLA5 reported.

Gómez died on July 6 after working for days with "severe" symptoms, a complaint against the restaurant alleges – although Burger King has said it is yet to establish if she had coronavirus.

She was coughing, nauseated and “running to the restroom a lot” before going home sick on June 29.

Gómez had been self-medicating on cold medicine up until her death.

The complaint, filed by employee Yolanda Santiago Garcia, was sent to the Los Angeles County Department of Public Health and the California Division of Occupational Safety and Health, and demands the immediate closure of the restaurant.

It also asks all employees be quarantined with pay and “to take all appropriate steps to hold Burger King accountable for the dangerous and deadly conditions it has demanded that we work in", KTLA reported. 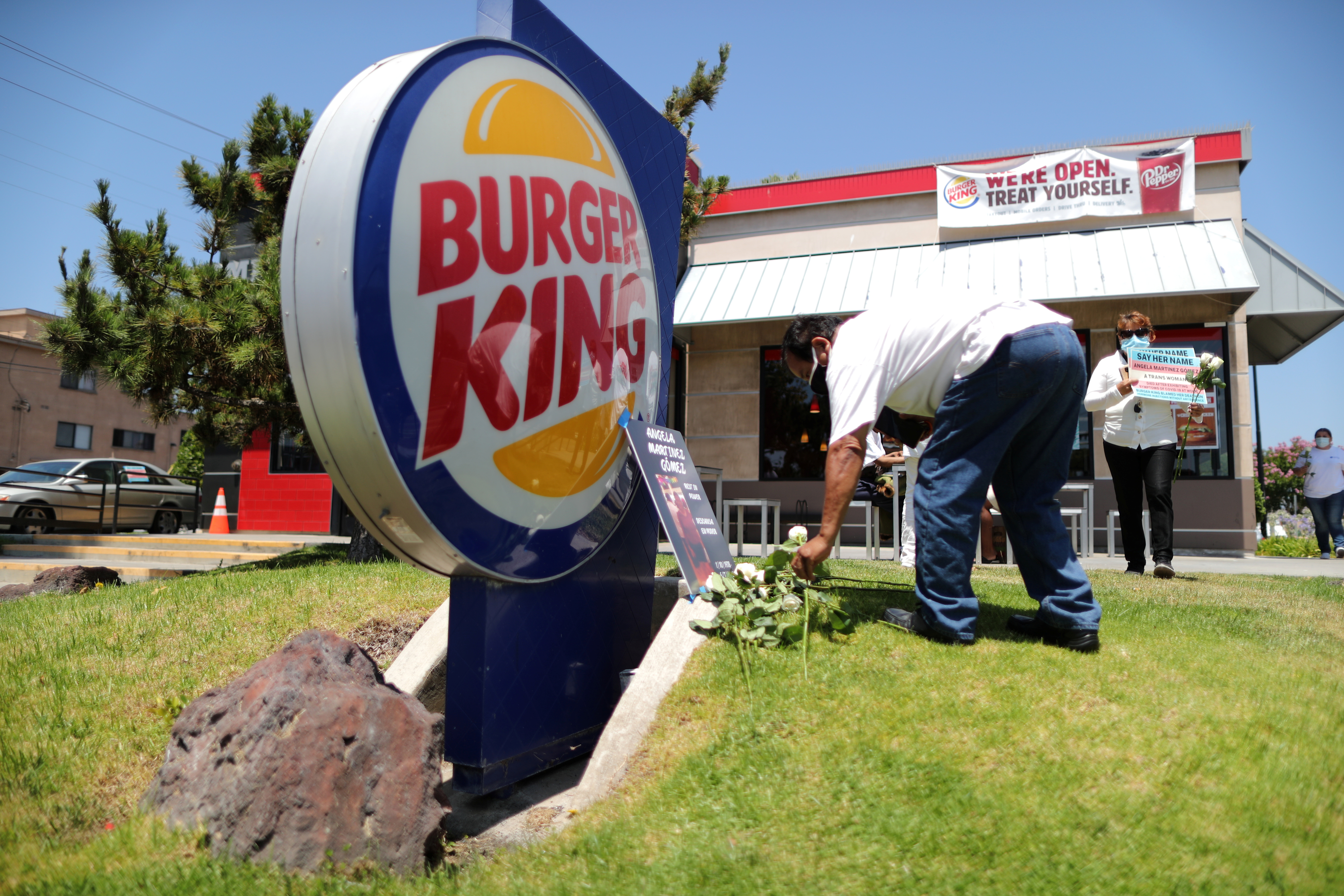 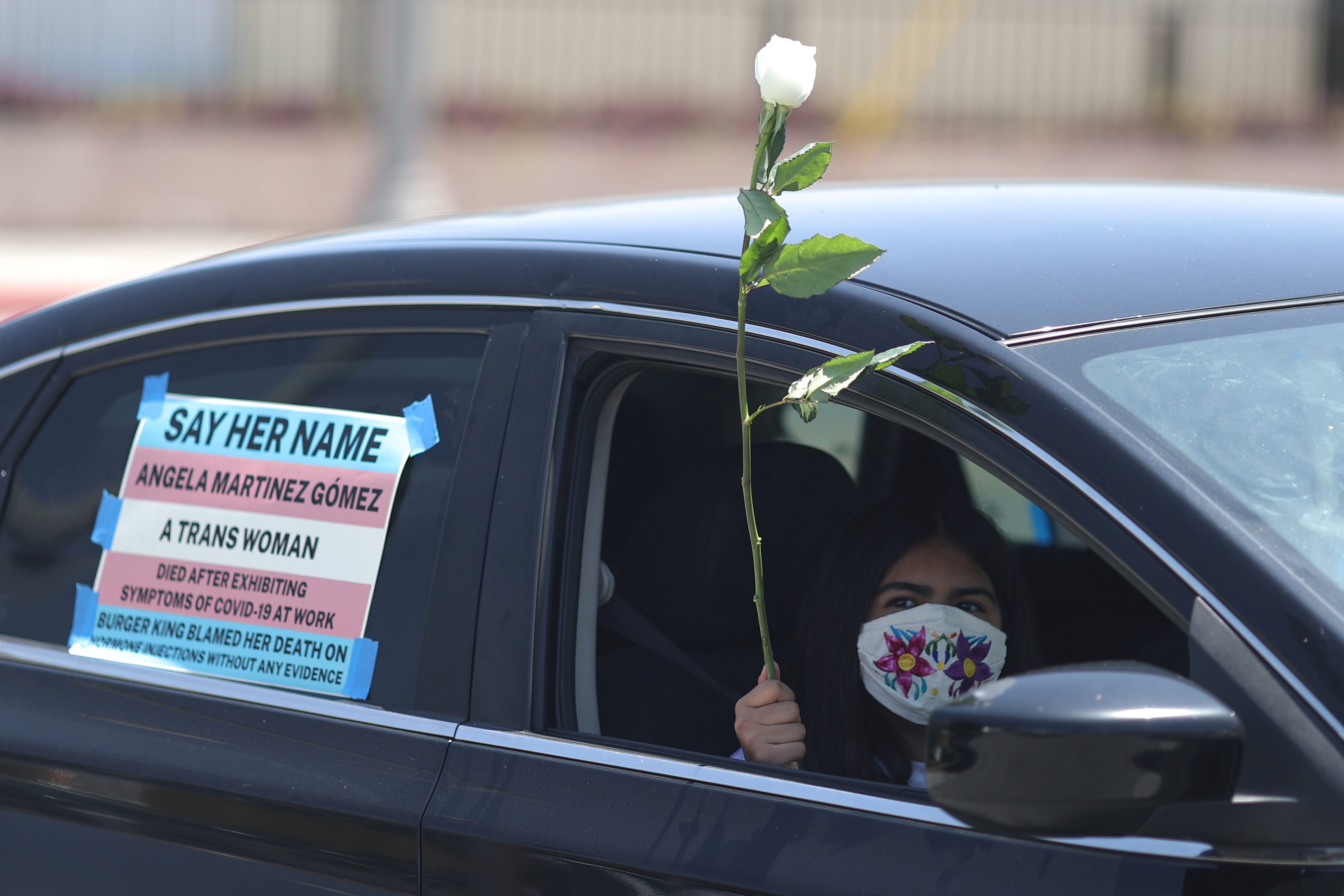 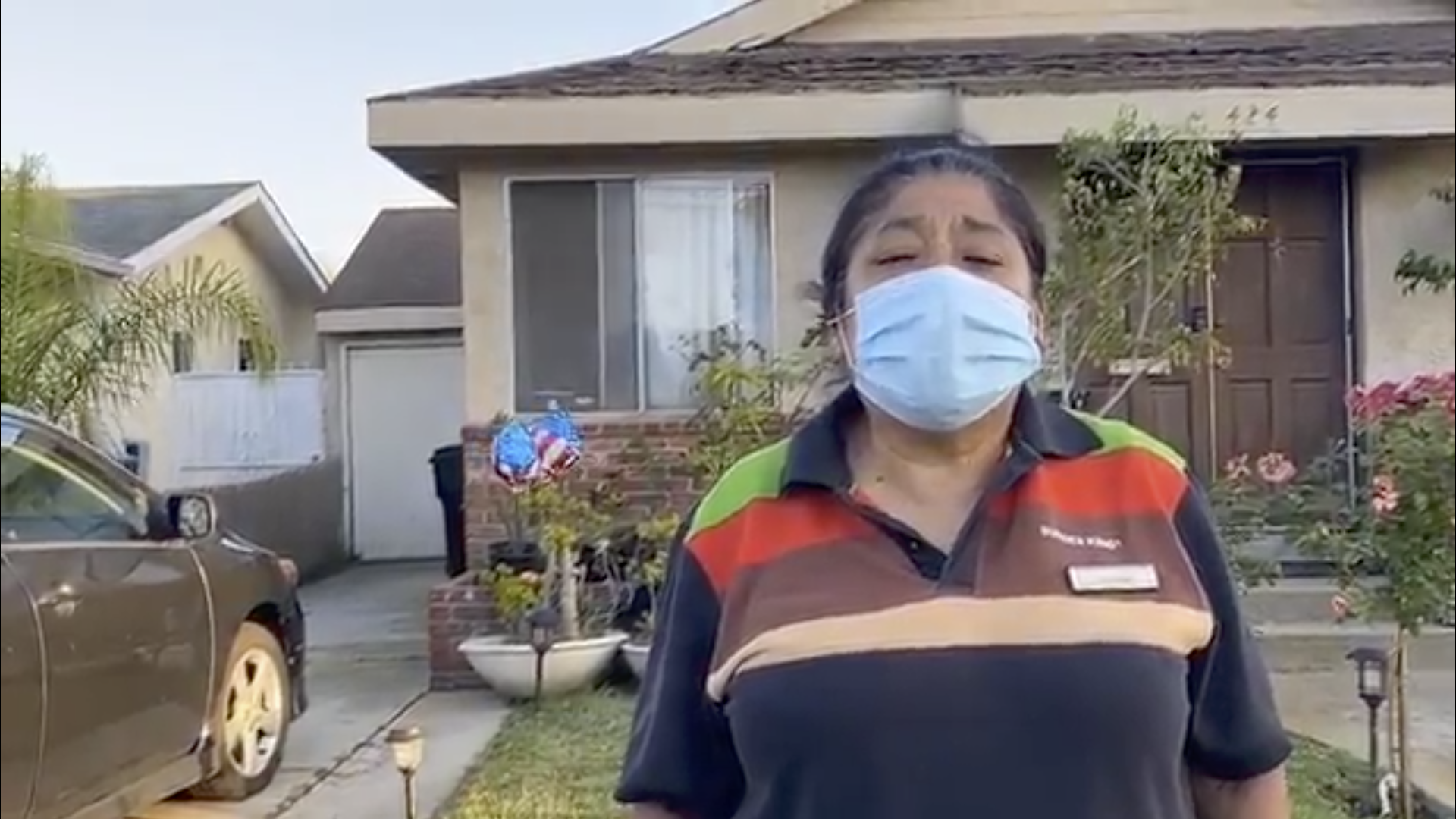 A Burger King spokesperson told Pink News Gómez did not report any symptoms at the time, and that the company is currently conducting an investigation into the alleged comments regarding her death.

Another employee has also developed coronavirus, and was also asked to come into work.

Garcia, who claims senior staff did not supply fresh masks for each shift, do not implement physical distancing requirements in the kitchen, and that the site is not cleaned properly, says she is the third employee to develop symptoms. 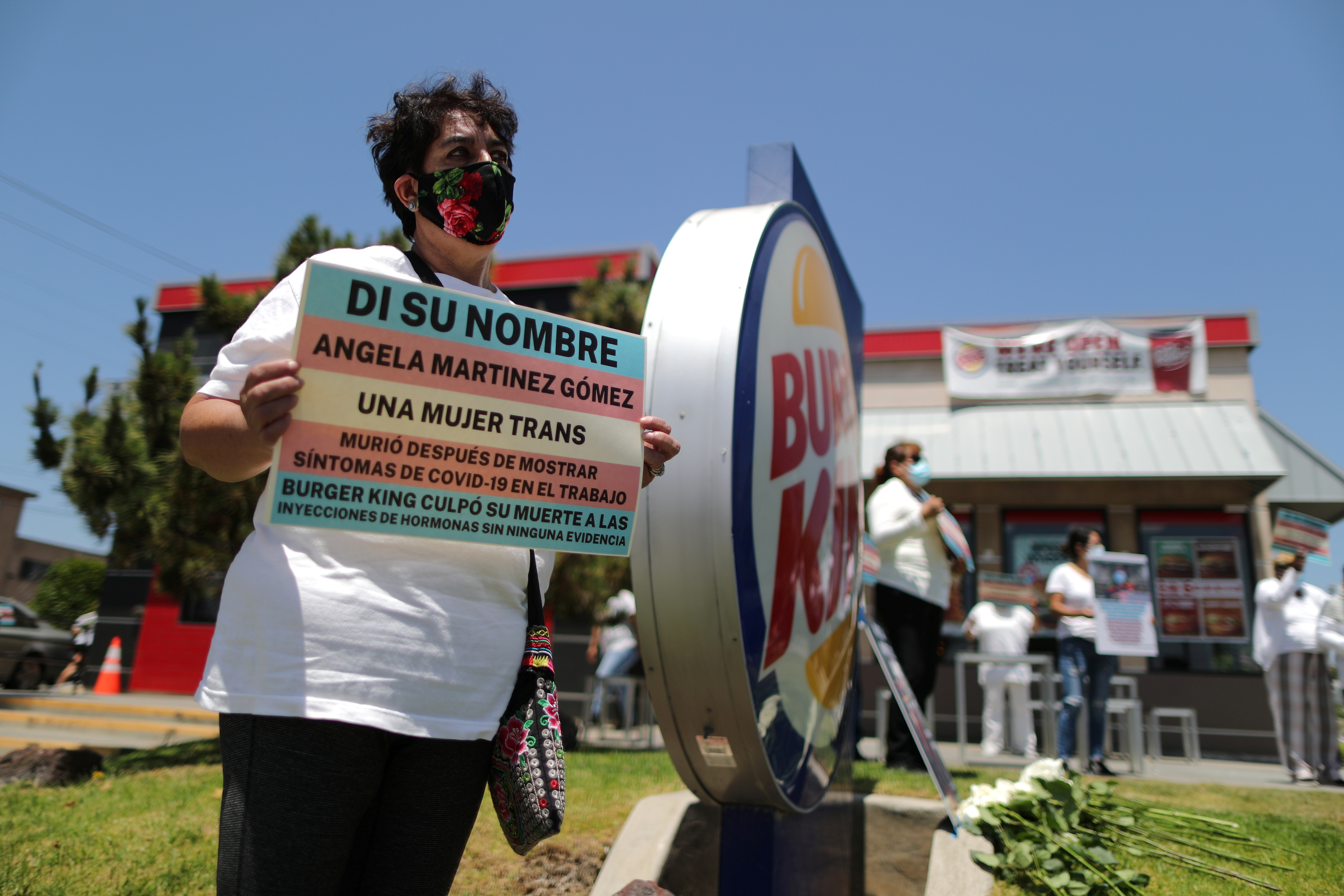 Garcia said she is "very worried" about her health, after developing chills, body aches, chest pains and having difficulty breathing.

“I am worried about my health and my family’s health; eight of us live together, and my brother and I both have diabetes,” she said in the complaint.

“Last week I visited my grandchildren, and now I do not know if I have COVID-19, or if I gave it to them.”

On July 10, staff decided to strike, and nearby roads were clogged with cars, while vehicles honked their horns at Pride flag signs that read: "Say her name, Angela Martinez Gómez, a trans woman died after exhibiting symptoms of COVID-19 at work."

“We are deeply saddened to hear of the passing of Angela Martinez Gómez, who had worked at Burger King for more than fifteen years,” a Burger King spokesperson said in a statement.

“The restaurant will undergo a deep disinfection this evening.”

According to the spokesperson, the restaurant will reopen following the cleaning, and all employees who were in contact with Martinez during "recent shifts" are being told to quarantine.