No excuse for being late! £175k new-build home with bus stop outside front door means you’ll never miss your ride to work (but may struggle to move in)

This is the new-build house which has an unusual feature with a bus stop blocking the front gate.

The Barley Mews development in Stapenhill, Burton-on-Trent in Staffordshire has just been completed with houses on sale for £175,000.

One of the group of six houses has been built with a bus stop sign square in the middle of the entrance to the path up to the front door. 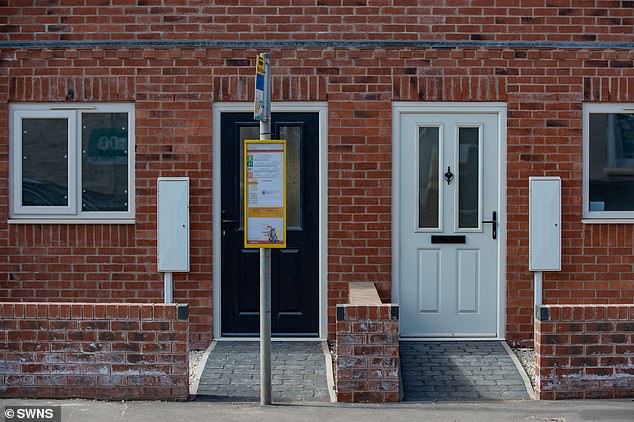 This brand new house in Stapenhill, Burton-on-Trent is too close to the nearest bus stop 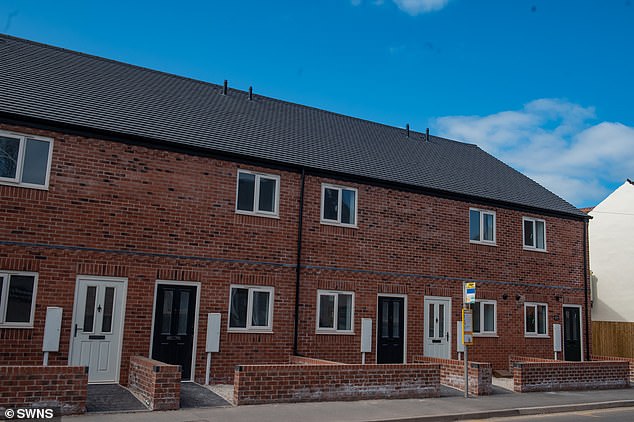 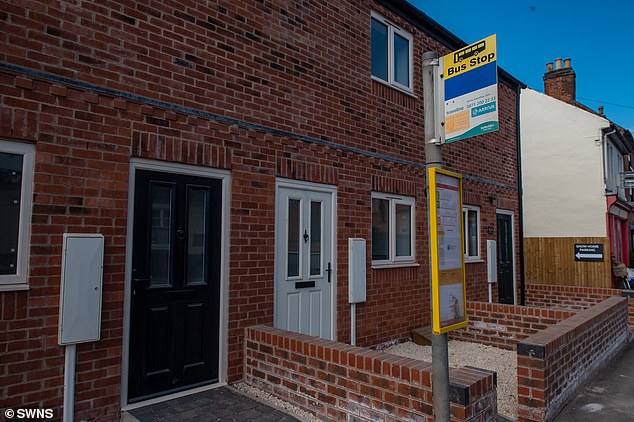 The local council confirmed the bus stop, pictured, will be moved before the new owners move into the three-bed, £175,000 property

‘I had to laugh – presumably they’re going to move the bus stop sign before anyone moves in.’

According to the bus company, Midland Classic, the sign was there before the site received planning permission.

However, the new owner will not have to squeeze past the pole as the developer has confirmed the stop will be moved before the occupants move in.

New pictures of the properties show the stunning gardens and interiors

of the three-bed homes.

Three of the properties have sold, with three – including the one next to the bus stop sign.

Staffordshire County Council’s head of highways, James Bailey, said: ‘We will be speaking to the developer to relocate the bus stop as soon as possible.’