‘Creepy’ Windsor tour bus worker sent woman, 25, flirty text about ‘hoping to spot her again’ after getting her details from her track-and-trace form

A woman claims she was sent flirty text messages by a ‘creepy’ tour bus worker who got her details from her test-and-trace form.

But just three days later the 25-year-old claims she received text messages from a male worker that said she had been ‘living in his head’ and admitted ‘knowing all the risk involved in using data that’s not supposed to be for me’. 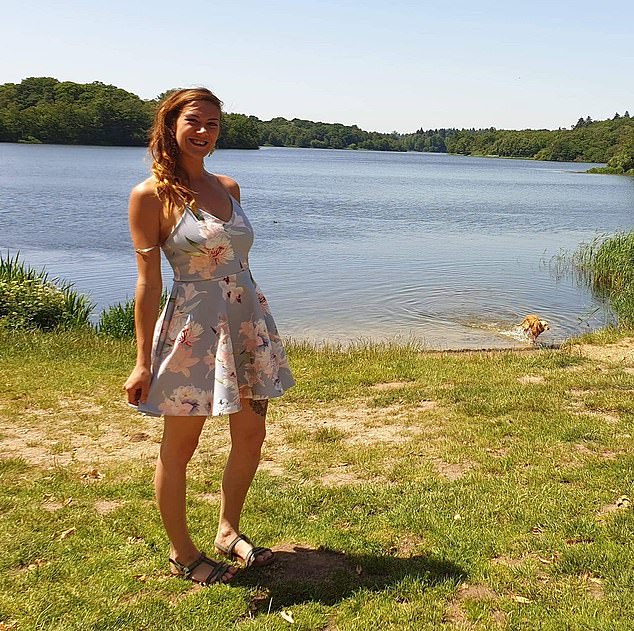 Ms Kingsley, who works as a nanny, said that as she got on the bus with a child and had given her name and number to a staff member who wrote them on a piece of paper as part of the NHS Test and Trace programme.

She claims that a few days after the trip she received a message that read: ‘Basically, the other day after you left I felt silly, keep looking around to see if I could spot you again.

‘Yesterday they sent me again to Windsor and I felt even more silly realising I was still hoping to see you. 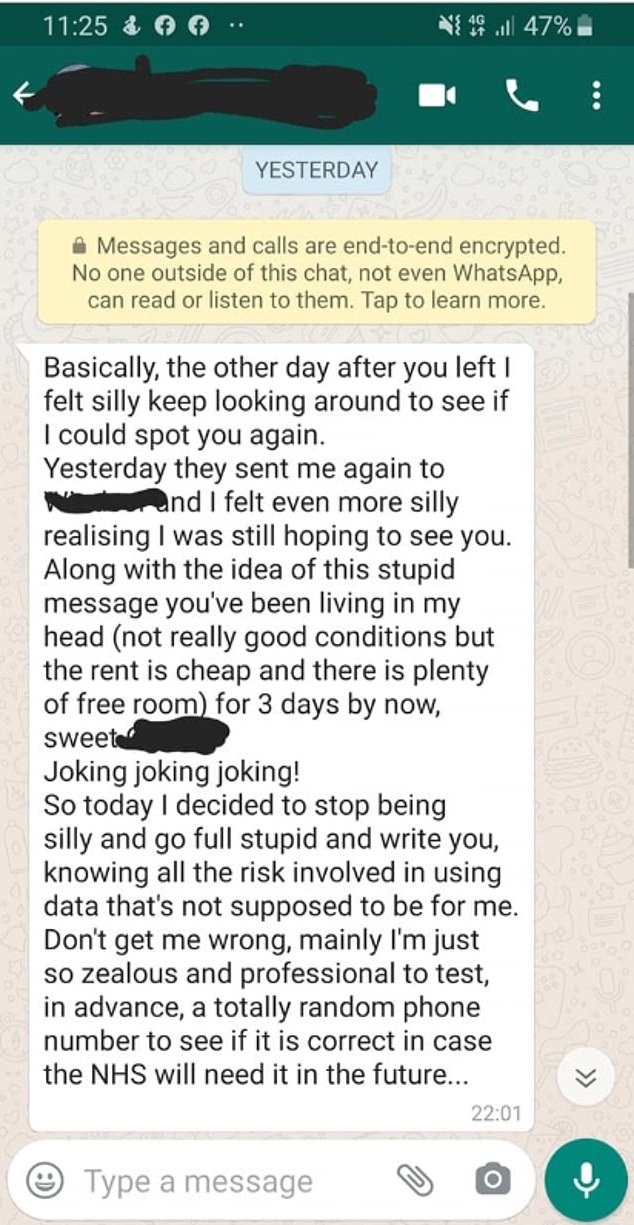 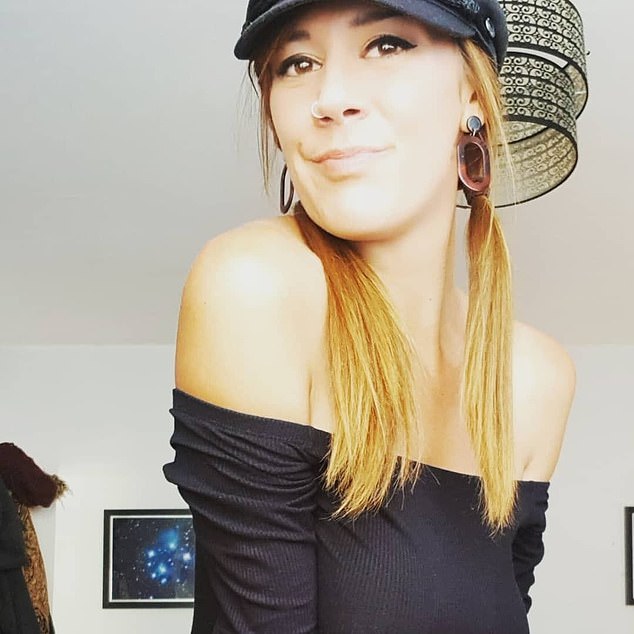 What is the NHS Test and Trace system?

The NHS Test and Trace system will see anyone who develops Covid-associated symptoms told to self-isolate and get tested.

The close contacts of those who are found to be positive for the disease will then be told to quarantine for 14 days – even if they test negative and are not sick.

Boris Johnson’s government has hired an enormous army of 50,000 people who will attempt to make this huge undertaking possible.

Around 25,000 are contact tracers who will contact people who return positive coronavirus tests to grill them on their movements and their known associates.

The idea is to build a picture of who they have come into contact with and so who might be at risk of a) becoming ill and b) passing it on to more people.

Another 25,000 people in the scheme are testers, who will go out into the community and test these known associates.

Either way, these known associates will be under orders to immediately quarantine, even if the tests they return are negative.

The UK’s coronavirus tracing programme will be split into two parts.

People will be ordered to self-isolate for seven days if they develop symptoms. Anyone in the same household will have to do the same.

Those people should then order a coronavirus test online or by calling 119. This will be available for residents in Wales from Saturday.

If a test is positive, that victim must complete seven days in isolation. If the test comes back negative, no one needs to self-isolate.

However, people with a positive test for Covid-19 will then be contacted via text message or email or by phone and told to answer questions.

They will be asked to share phone numbers and email addresses for close contacts.

For those under 18, they will receive a call from the team and a parent or guardian must give permission for the call to continue.

People who have been listed as a person with whom a coronavirus victim has had close contact will receive a text message or an email.

They will then be asked to self-isolate for up to 14 days based on when they last came into contact with that person.

Other household members do not need to self-isolate unless symptoms are present.

If they develop Covid-associated symptoms, all other household members should self-isolate and they should then order a test.

If the test is positive, self-isolation must continue for seven days. If the test is negative, that person should still complete 14 days in case the virus is not showing.

‘So today I decided to stop being silly and go full stupid and write you, knowing all the risk involved in using data that’s not supposed to be for me.

‘Don’t get me wrong, mainly I’m just zealous and professional to test, in advance, a totally random phone number to see if it is correct in case he NHS will need it in the future.’

A second message read: ‘Anyway, apart all the due apologies you owe me for all this silliness and stupidity you generated in me, I need you to tell me something to make me finally realise that that smile wasn’t that gorgeous and its not really you, but the fact that I like all the kats in general.’

Speaking about the incident, Ms Kingsley said she was ‘shocked’ when she received the messages which she branded as ‘so creepy’ and left her ‘weirded out’.

She has since urged said people to be cautious as she said the system was ‘not very safe’.

She said: ‘At first I was pretty shocked, I never thought this would happen to me – but I figured I’d wait until the morning to ask for advice from people.

‘When I woke up I thought about it more and more, and realised how big of an issue this actually is.

‘Not only that, but he had mentioned the child’s name in the messages as well.

‘So as a duty of care for the child, I had to report it anyway.

‘I suffer from situational anxiety, and I was so anxious not only that this had happened, but the fact I had to go and tell the family that unfortunately their child is involved.

‘I was quite literally shaking all morning, when I told the parents.

‘I have a number for a man that works for the company to give me a formal apology, but I’m not sure how I want to follow through yet.

‘I would just urge people to be cautious as the system is not very safe and needs re-evaluating.

‘Now I don’t think I will give my details over again.

‘I’m going to be wary of everywhere else.’

She added: ‘The government really need to re-assess the track and trace system.

‘All it’d take is for the wrong person to get the wrong information and somebody could end up in a much worse position than I.

‘I want to know how our government can make our data safer.

‘I just sort of stared at the messages trying to figure it out.

‘It seems like a small thing when you first look at it, but when you look into it you realise it’s much bigger.’

Original Tour said if the incident was ‘proven from our investigation, this is totally unacceptable’ and it would take appropriate action.

A spokesperson added: ‘It goes against the values of our organisation entirely.’

A Department of Health and Social Care spokesperson said: ‘The unauthorised use of customers’ information provided for contact tracing is unacceptable and every business must comply with all date protection legislation.’