SAN JOSE, Calif. – A suspect has been arrested in connection with the fatal stabbings of two people and the wounding of others at a California church that was being used as a homeless shelter, police said Monday.

“We have one suspect in custody for last night's homicide,” the San Jose Police Department said in a Twitter post, adding that more details would be released later.

The stabbings happened Sunday night at Grace Baptist Church, where police said on Twitter that no services were taking place. 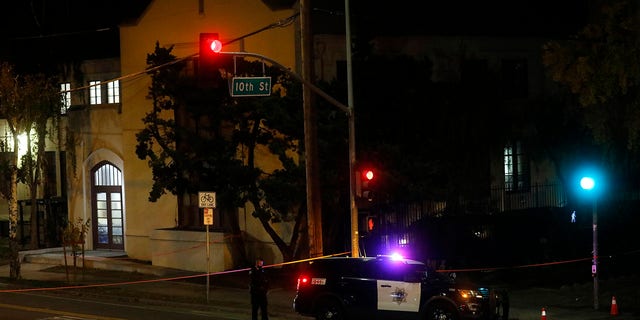 Two people died and multiple others were injured in a stabbing Sunday night at a church in California where homeless people had been brought to shelter from the cold weather, police said. (Nhat V. Meyer/Bay Area News Group via AP)

“Unhoused individuals were brought into the church to get them out of the cold,” the department tweeted. Authorities have not said how many people were wounded.

Video shown by news outlets near the church showed several ambulances and police cars, and police tape and traffic cones cordoning off the road.

“Our hearts are torn for the victims and their loved ones in last night’s horrific stabbing at Grace Baptist Church in Downtown – we have lost two community members,” San Jose Mayor Sam Liccardo said on social media. “We pray for the recovery of others seriously injured in that attack.”