MARJORIE Taylor Greene has once again called for Joe Biden to be impeached – this time as part of an action-packed campaign video in which she blows up a car labelled "socialism."

In the bizarre video, which was uploaded to YouTube on Thursday, the Georgia congresswoman also announced a giveaway of a Barrett .50 caliber sniper rifle "for Americans only." 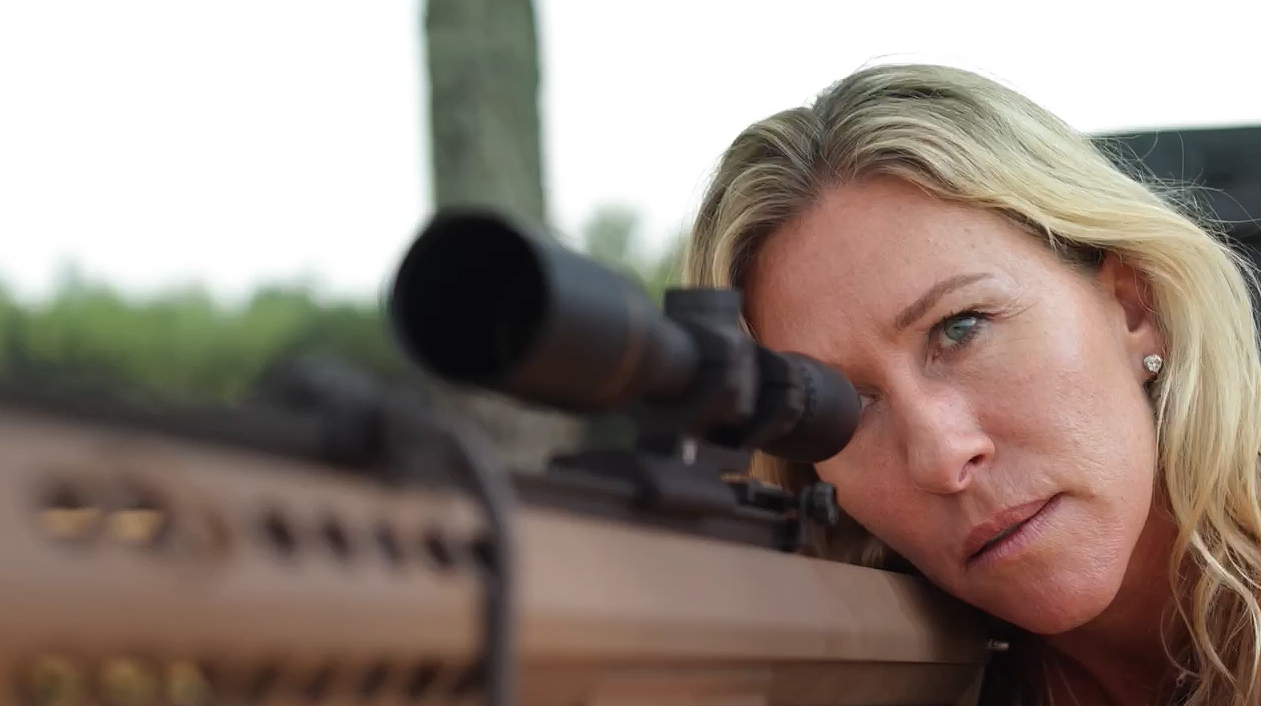 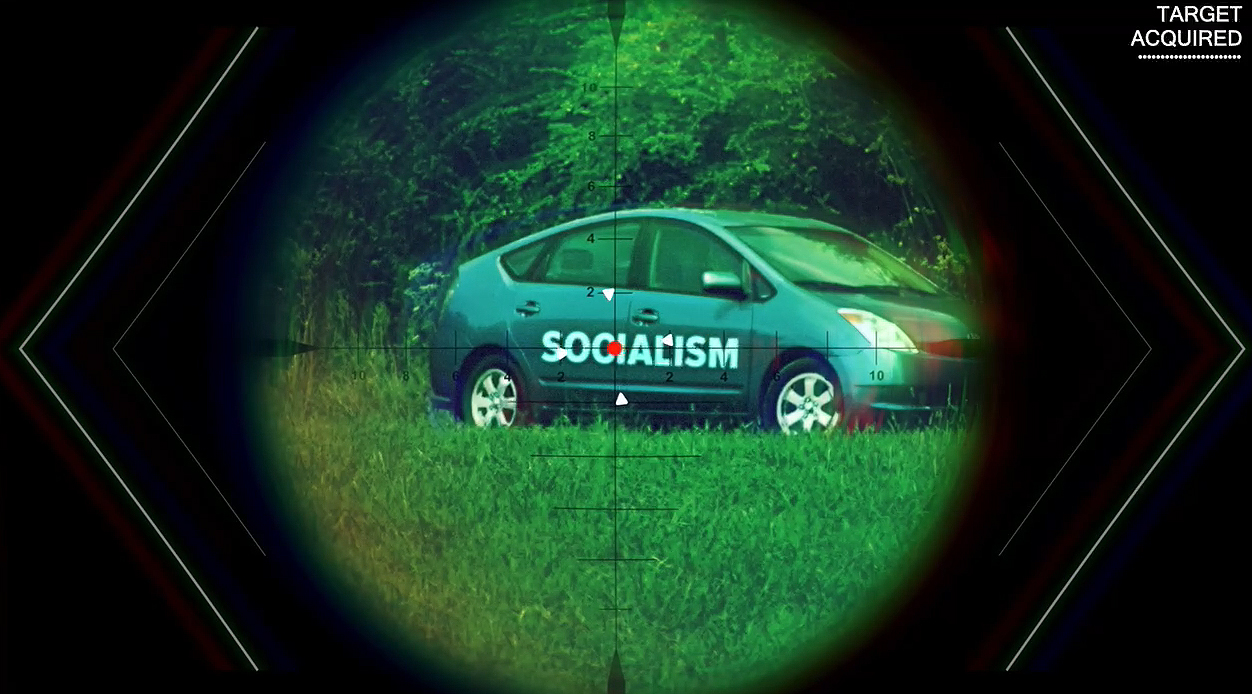 The clip begins with Greene stepping out of a military-style Jeep as thumping music plays in the background.

"[Biden] got 13 of our best soldiers killed; gave a kill list of Americans to the Taliban; And armed an Islamic terrorist nation with $83 million in weapons like this one," she adds lifting the sniper into frame.

"Biden should be impeached," she continues. "Now I'm doing a gun giveaway of my own for Americans only.

"I want you to win this .50 caliber rifle that Democrats will ban if they keep the House next year."

As Greene speaks a series of error messages flash on the screen, one of which reads: "Taliban banned from entry."

The video then cuts to a shot of Greene laying down in the back of the Jeep and staring down the scope of the sniper.

"While Joe Biden broke America’s pledge to never leave a man behind," she says, "Nancy Pelosi is sneaking the Green New Deal into the $3.5 trillion budget.

Greene then pulls back the bolt of the sniper and poses as if lining up her shot.

The camera offers the view from the weapon's scope and zeroes in on a Toyota Prius with the word "socialism" emblazoned across it.

Greene opens fire and the Prius explodes in a huge ball of fire.

The explosion is captured from three different angles and "Mission Accomplished" flashes up in the bottom right-hand corner of the screen.

The former QAnoner then urges supporters to sign up on her website to win the rifle, "before Joe Biden bans it."

Greene's campaign has set up a website for the raffle, sharing more details about the "$10,000" rifle and calling it the "same type of gun that TRIGGERS the Fake News Media and Democrats.”

The raffle's launch comes just days ahead of a planned protest in Washington DC, called "Justice for J6", which is to be held in support of those arrested in connection with the US Capitol riots.

Officials are concerned the protest could turn violent, prompting Capitol security to re-install fencing around the complex and summon the National Guard to provide extra assistance.

Greene, one of the more vocal advocates of Capitol riot defendants, does not plan to attend the event, according to her spokesperson.

The resolutions focus on key areas of criticism levied against Biden by GOP lawmakers: the chaotic US withdrawal from Afghanistan, illegal immigration through the US-Mexico border, and the unclear constitutionality of Biden’s new eviction moratorium.

When announcing the resolutions, Greene strongly condemned Biden, calling him a "pseudo dictator" who is "shredding the constitution."

She also called his government "illegitimate" because it was "no longer serving its citizens."

The resolutions are unlikely to go to the floor for a vote or pass in the Democrat-controlled House.

She also previously filed articles of impeachment against Biden one day after he took office, accusing him of abuse of power for allowing his son Hunter to work for a Ukrainian energy company while he was vice president. 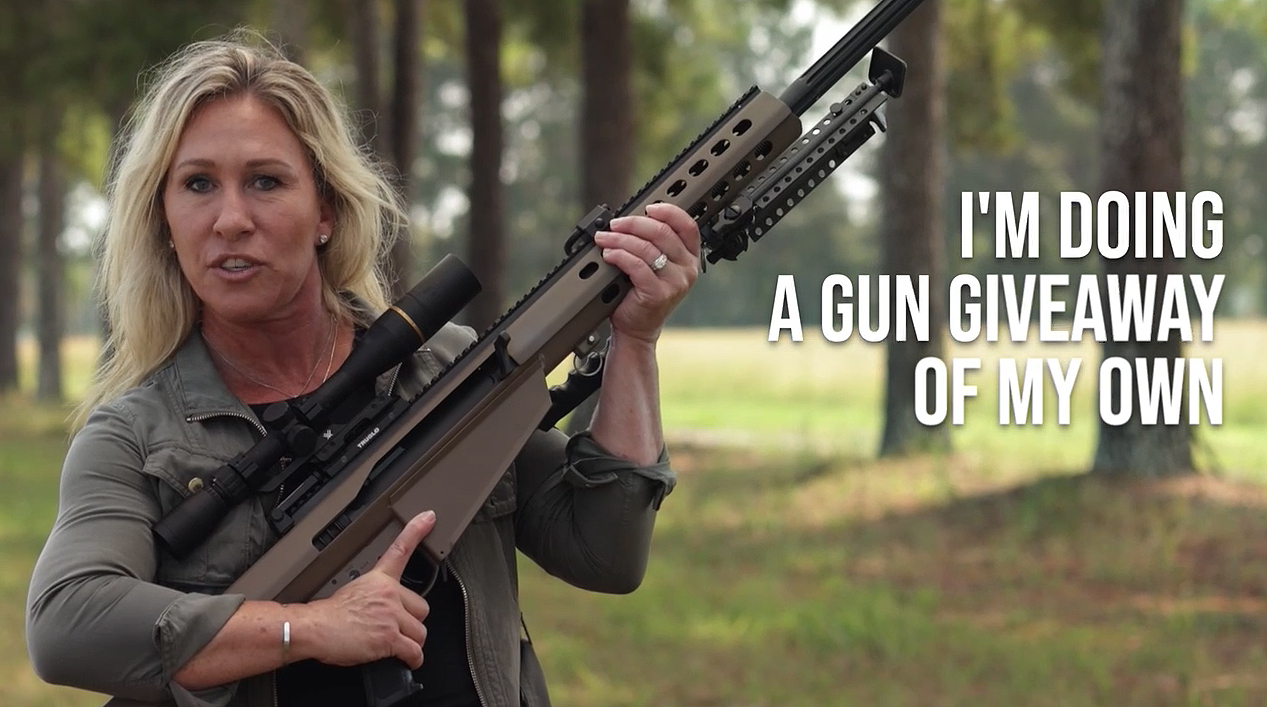 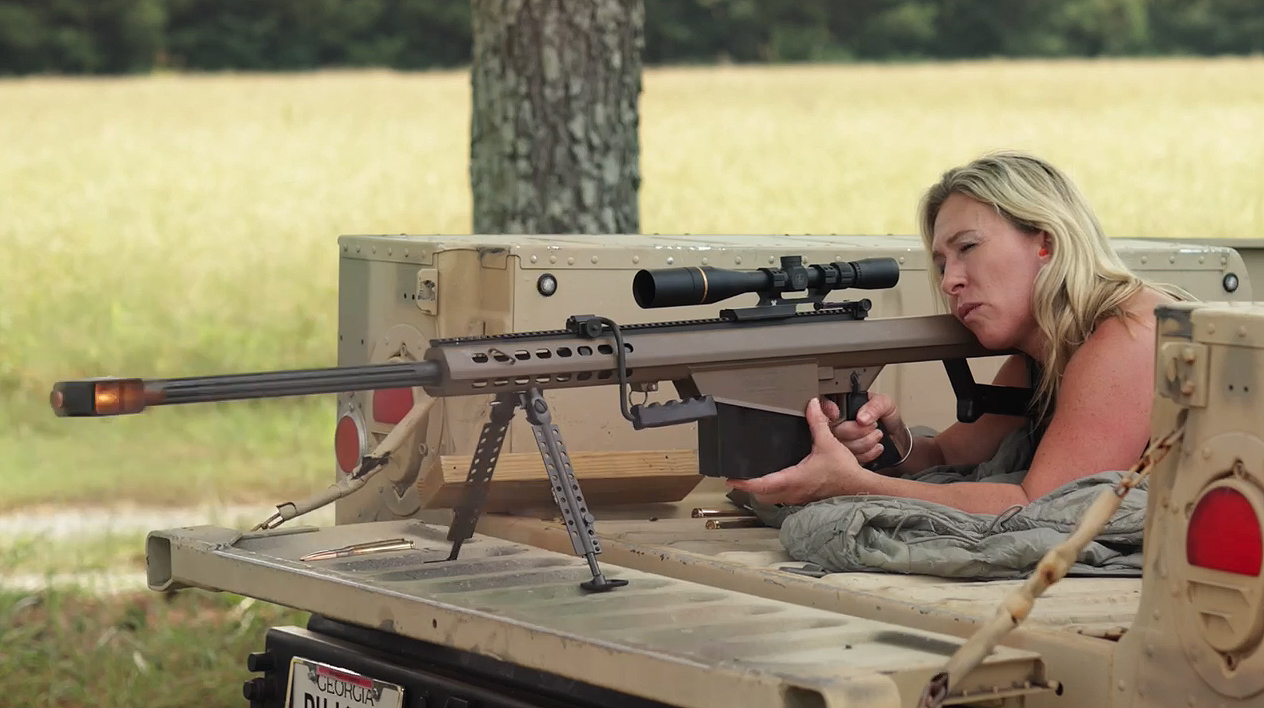 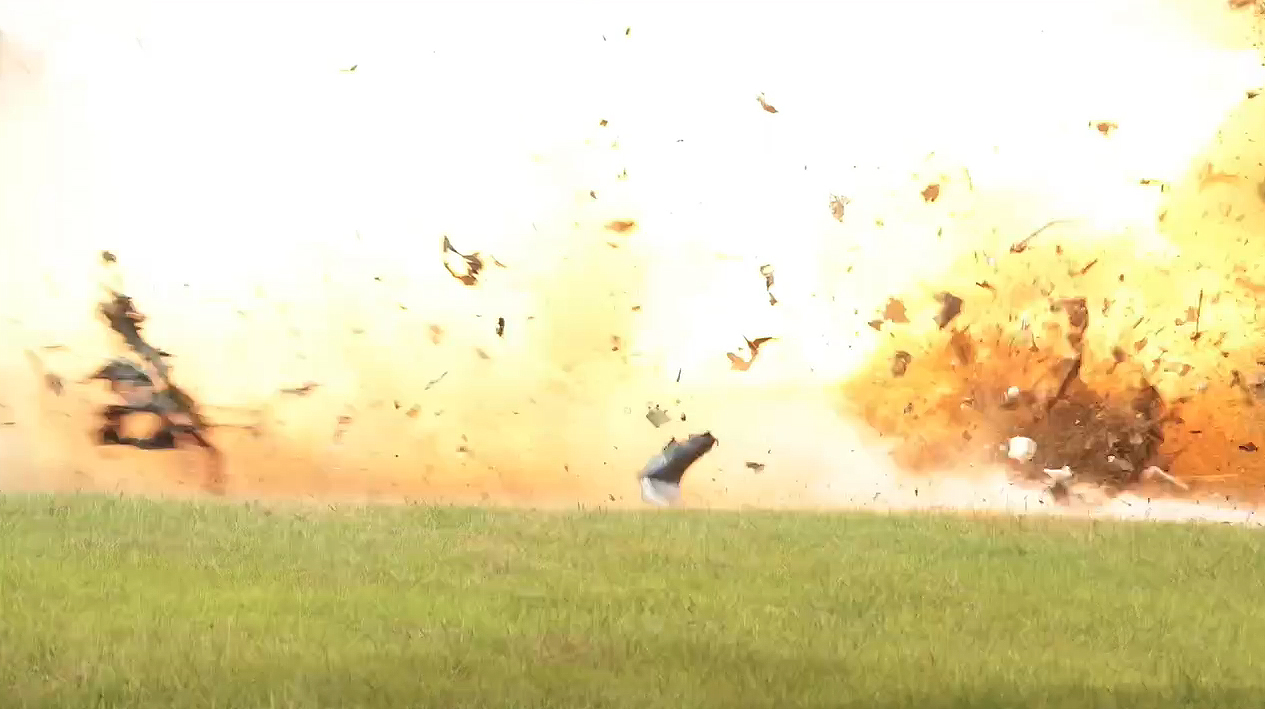 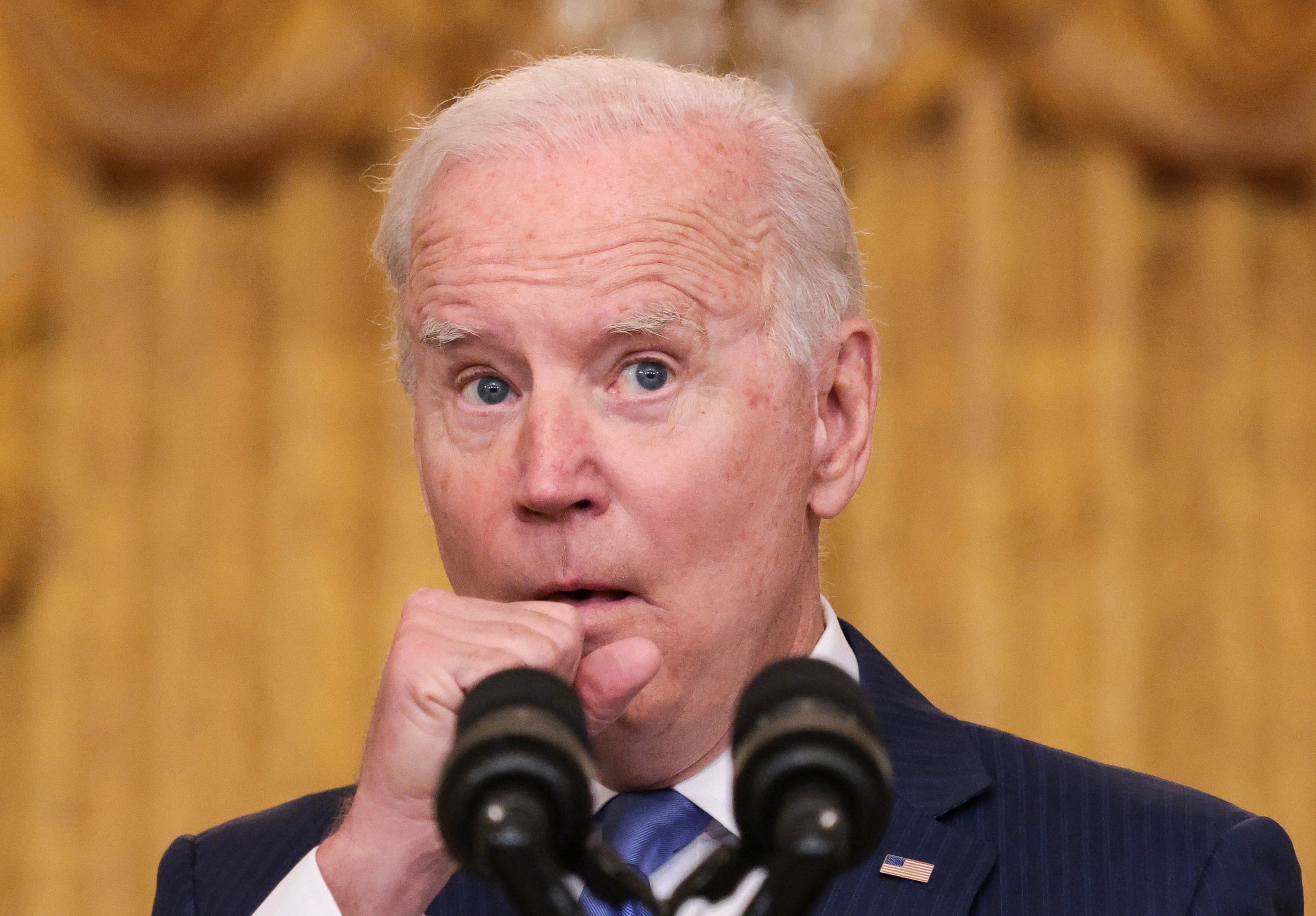