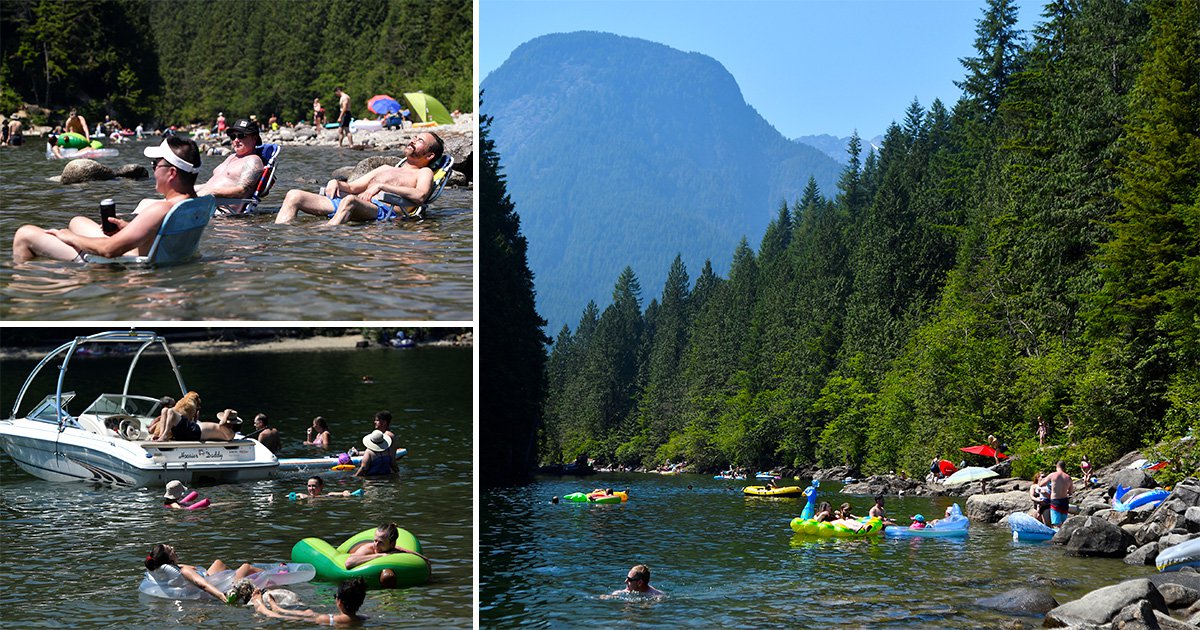 Canada has recorded its hottest day in history — hitting 46.1C as a heatwave causes chaos across North America’s Pacific Northwest.

The village of Lytton, British Columbia, sizzled past the previous record of 45C posted in Saskatchewan in 1937.

It was one of 40 places in the country to set new highs. Climatologist David Phillips said: ‘I like to break a record, but this is shattering them. It’s warmer in parts of western Canada than Dubai.’

In Vancouver, where temperatures peaked at 31C, many headed to the cool of the beach where ‘misting stations’ were proving popular.

Across the border in the US, the heat stopped Olympic track and field qualifying events in Eugene, Oregon, and fans were ordered to evacuate the stadium.

About 3,000 homes lost electricity in Portland, where Oregon Convention Centre was opened as a ‘cooling centre’.

And 3,400 properties were without power in Seattle, Washington, where it was so hot a community swimming pool was shut by parks staff due to ‘dangerous pool deck temperatures’.

Several Covid testing sites also closed because of the heat, while air-conditioned public libraries were used as cooling centres for locals including homeless people.

‘People need to find some place cool to spend time during the coming days.’

The start was moved forward to 5am to avoid the worst of the heat, with 28 tons of ice at hydration stations, chilled towels for competitors and 60 fire crew on hand in case of casualties. Temperatures of 38C are forecast in Boise, Idaho, for at least seven days.

The scorching weather is due to an extended ‘heat dome’ parked over the Pacific Northwest.

The University of Washington’s Prof Kristie Ebi, who studies the effect of global warming on public health, said the heatwave is a taste of the future as weather patterns change.