CANDACE Owens has accused Amazon workers of defacing and soiling copies of her new book before sending them out in the mail.

The controversial conservative took to Twitter to accuse the retail giant’s employees of "stomping on" and "smearing Vaseline" all over her new book, 'Blackout'. 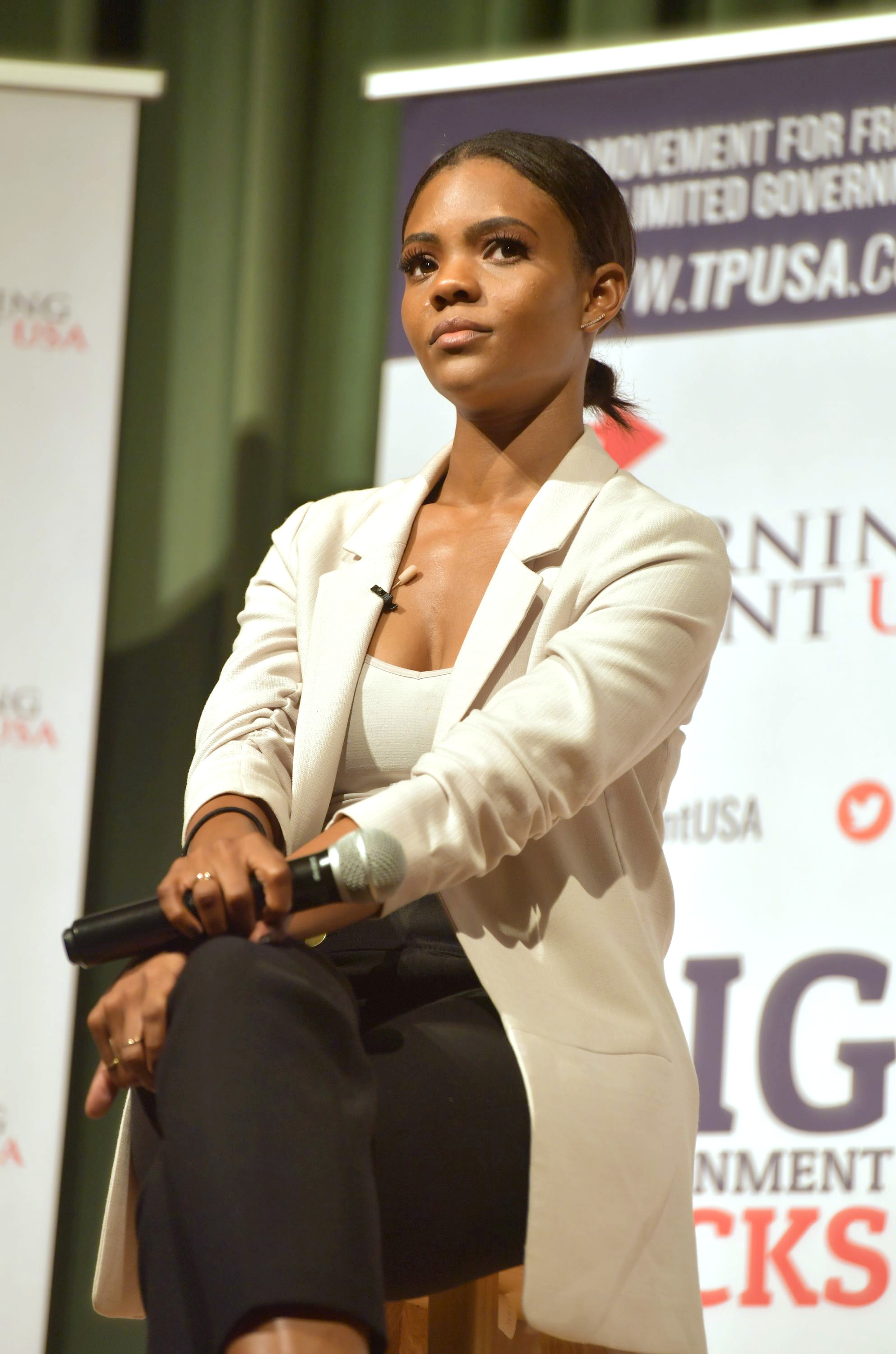 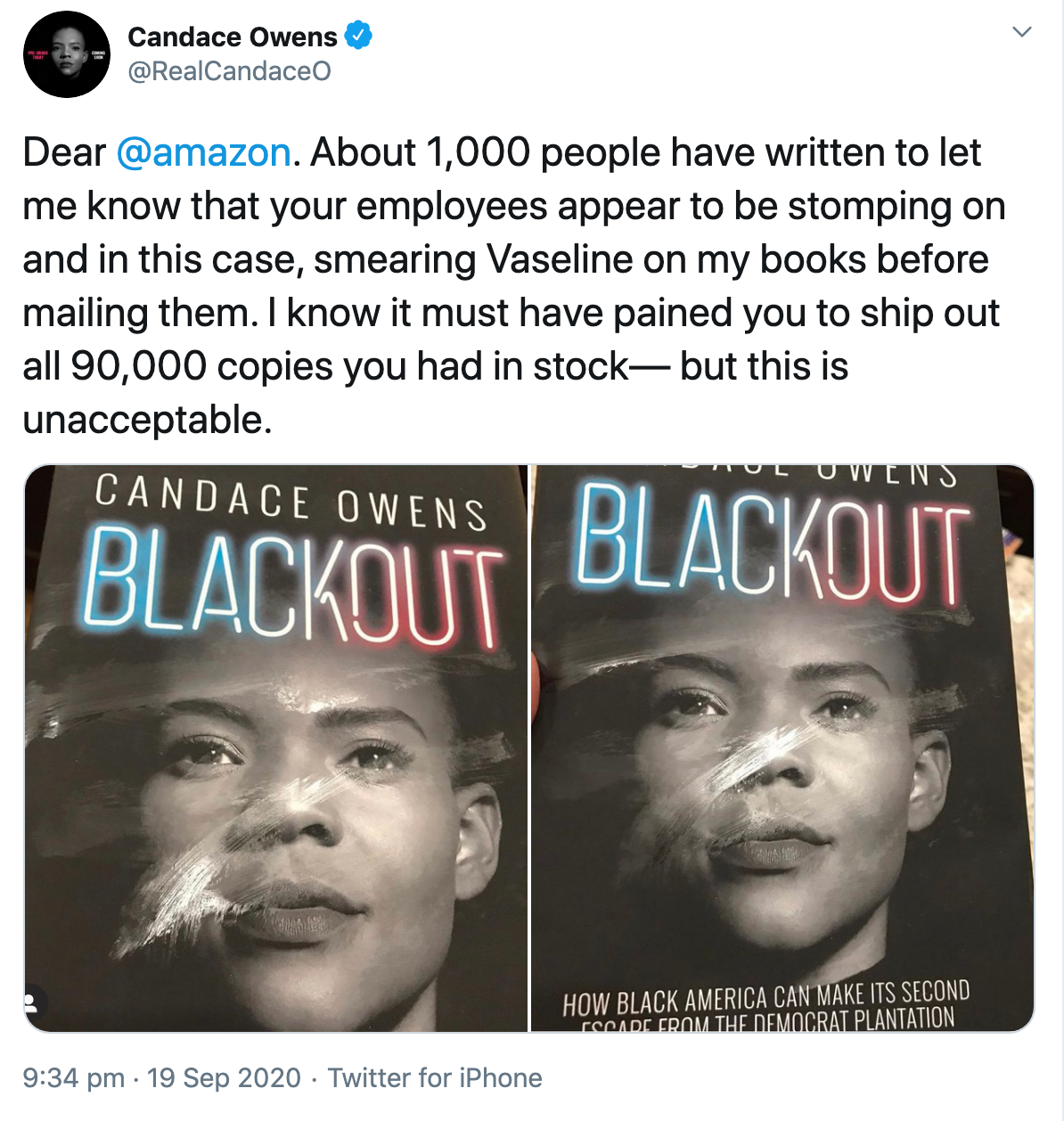 The right wing activist penned a public message to Amazon on Saturday as hundreds of fans replied with similar experiences.

“Dear @amazon. About 1,000 people have written to let me know that your employees appear to be stomping on and in this case, smearing Vaseline on my books before mailing them," Owens wrote Saturday.

"I know it must have pained you to ship out all 90,000 copies you had in stock— but this is unacceptable".

Owens included pictures of the book with what appeared to be deliberate smear marks on the cover.

Her tweet was followed by hundreds of replies from fans alleging they had received similarly tarnished booked in the mail.

"How disappointing!" one woman wrote.

"Mine arrived from Amazon yesterday and I just assumed something had gotten on it by accident!"

"Mine came with a smeared cover as well! Sad to know it’s not a fluke," another said. 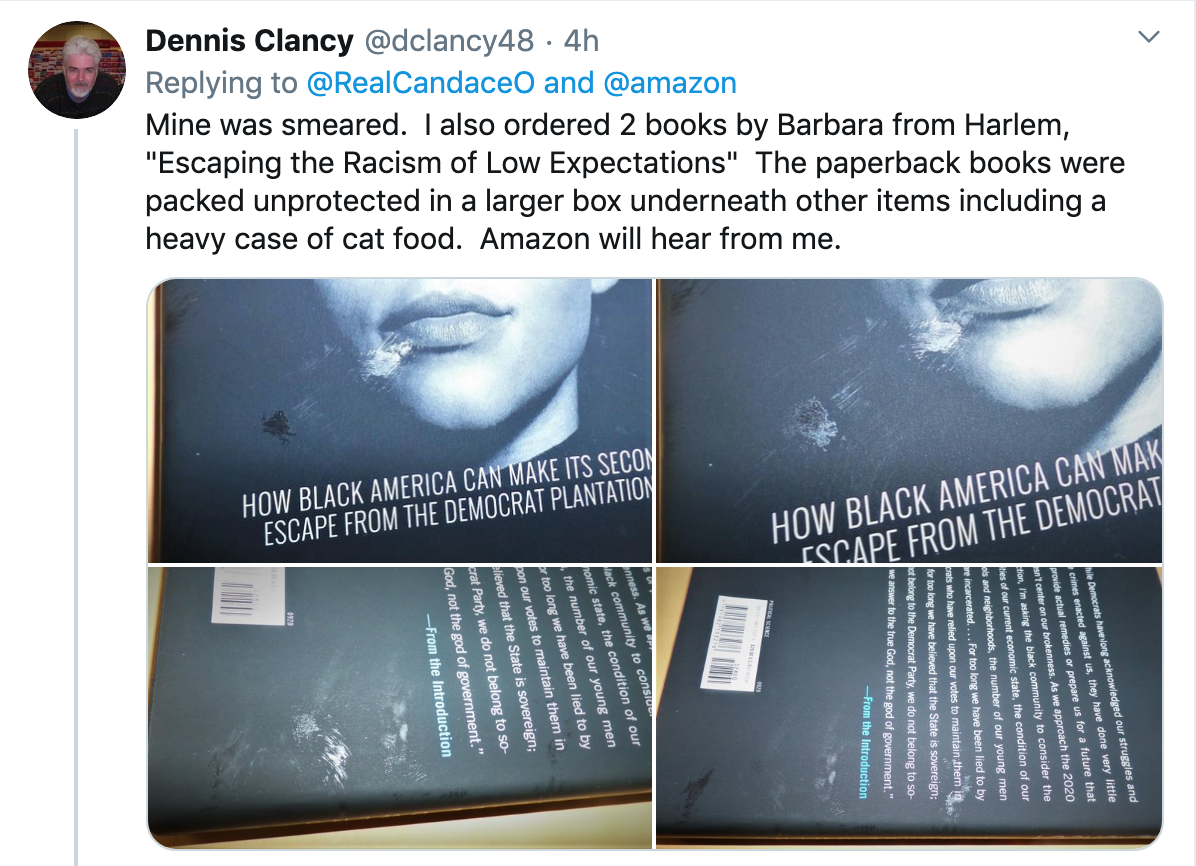 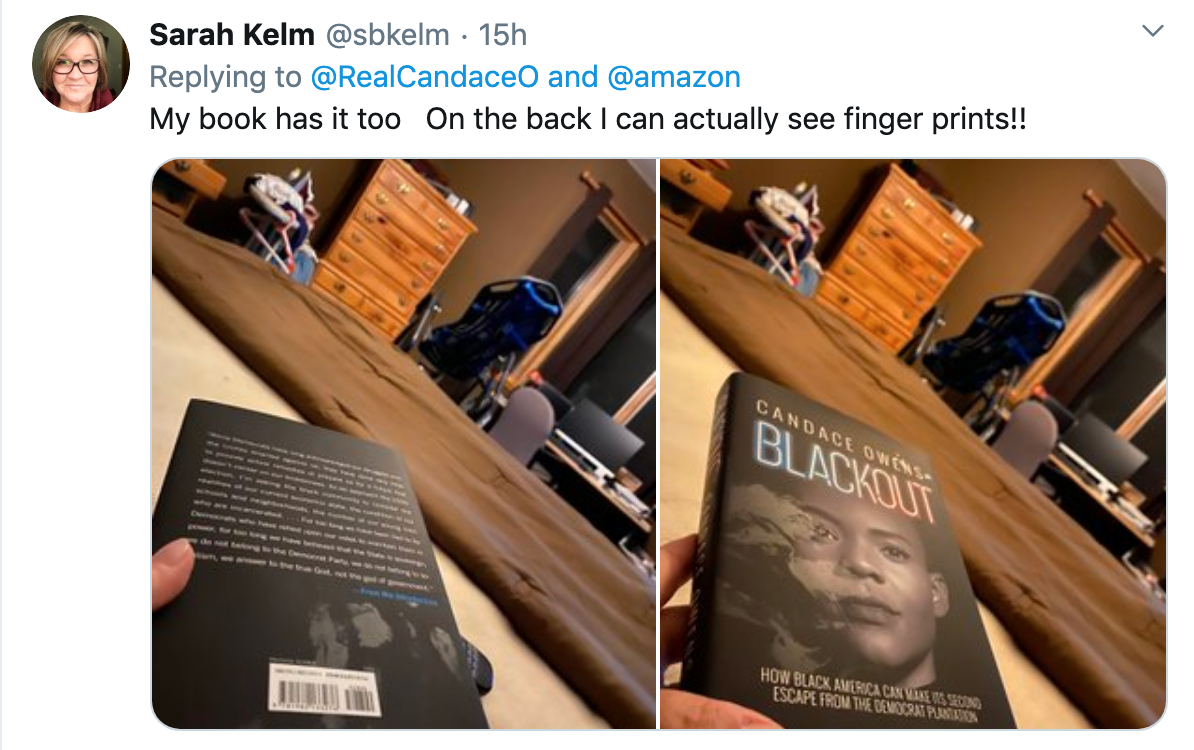 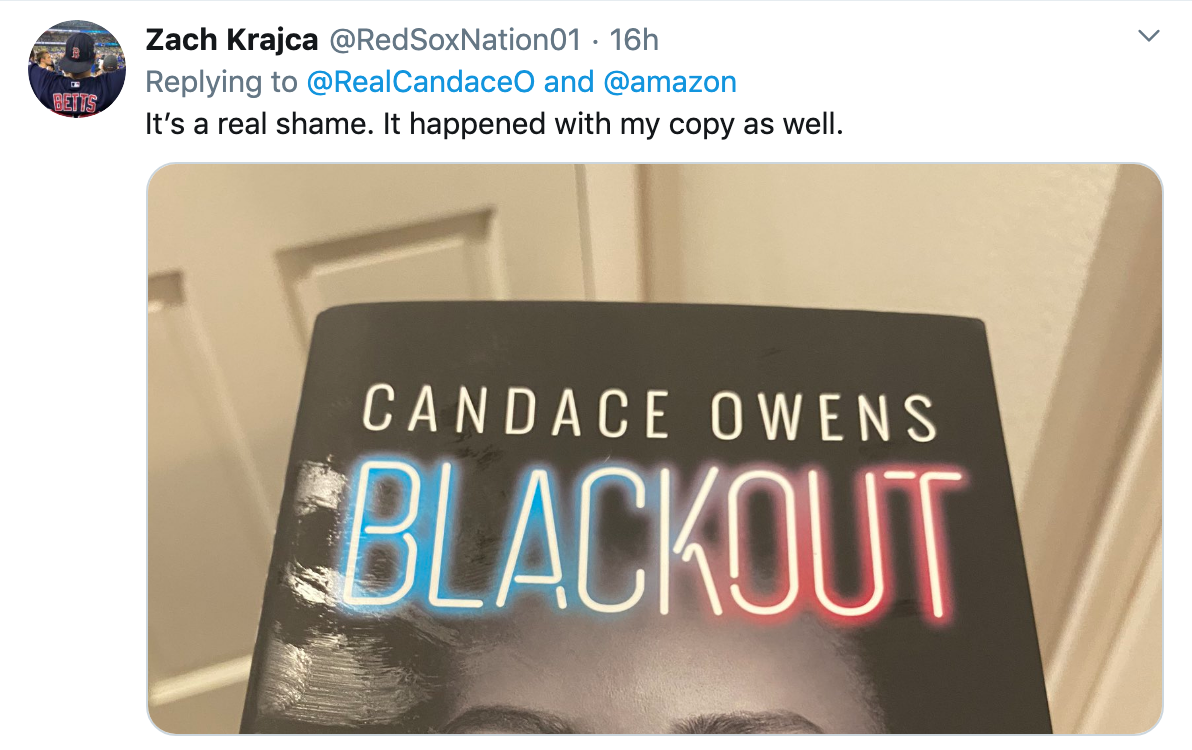 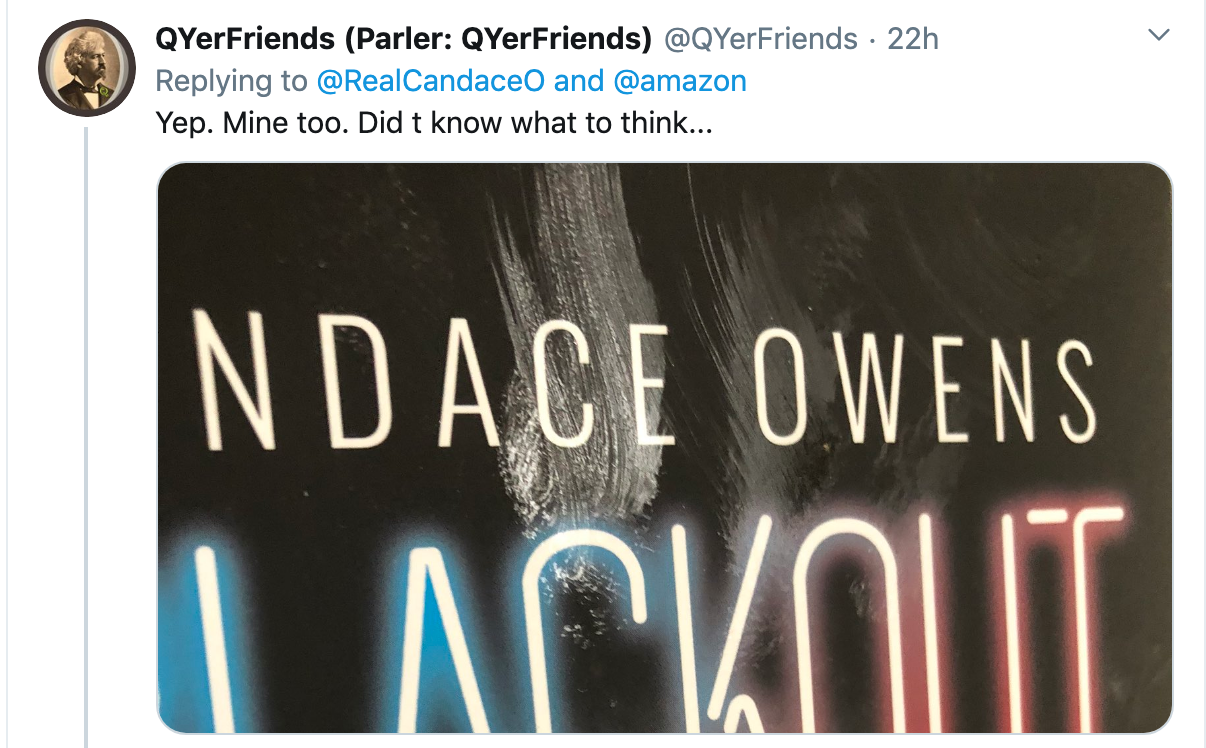 "I did notice that something was smeared across the cover! Unbelievable!" an outraged fan added.

However, Owens hit back saying "the pettiness will do nothing to thwart sales".

"Let’s try to get the next 100,000 that I plan to sell out of your warehouse, treated with a bit more respect by the looney lefties packing the product, please".

She was also quick to let her 2.6 million followers know they could pick up the book.

The 31-year-old author has recently made headlines for her ongoing feud with rapper Cardi B.

The war of words has played out over social media after Owens shared a clip slamming Democratic nominee Joe Biden for taking part in an interview with the Grammy-winning rapper.

In the clip from The Ben Shapiro Show, Owens rages it was "one of the biggest insults" to black voters that Biden opted to do the interview with an "illiterate rapper", rather than someone who could ask the "tough questions".

An active supporter of President Donald Trump, Owens founded Blexit – a campaign encouraging the Black community and other minorities to jump ship from the Democratic party.