A beaming Captain Tom Moore said he was ‘very proud’ after being bestowed with a gold Blue Peter badge for his astonishing fundraising efforts for the NHS.

The war veteran, who walked 100 laps of his garden, has raised almost £33million by the time he celebrated his 100th birthday last week.

He was appointed as an honorary colonel on his big day while a Battle of Britain Memorial Flight flypast of a Spitfire and a Hurricane was organised by the RAF to mark his efforts. 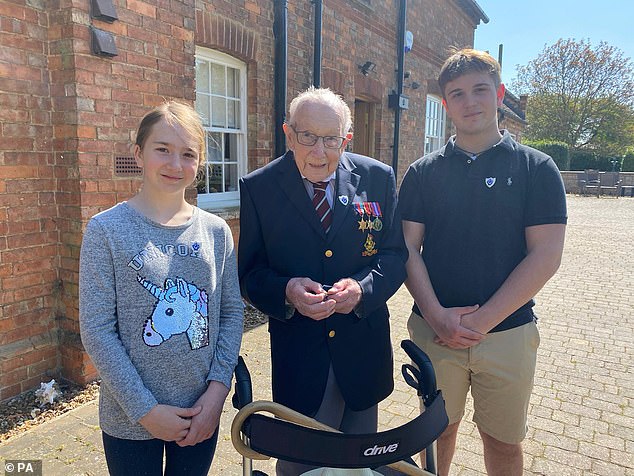 Captain Tom Moore (M) has received the gold Blue Peter badge after raising over £30m for the NHS. His grandchildren Benji (R) and Georgia (L) surprised him with the badge on Wednesday 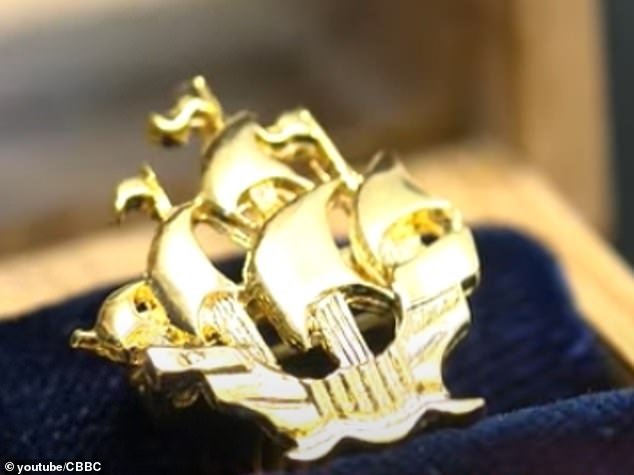 The gold badge is Blue Peter’s highest accolade and famous recipients include the Queen, Sir David Attenborough and Mary Berry.

Only a handful are presented each year to outstanding individuals who have achieved something extraordinary in their field; who are considered to be role models; and who encourage and motivate children across many generations.

Presenter Lindsey Russell enlisted the help of Tom’s grandchildren, Benji and Georgia, in order to surprise him with the badge and to comply with social distancing measures.

Announcing that he had received the award, she told him: ‘We at Blue Peter think it is brilliant what you have achieved and what you have done over the past couple of weeks, the money and attention you have raised.

Captain Tom replied: ‘That’s absolutely amazing, thank you very much. I am very proud to receive it because I have always been a great follower of Blue Peter – I remember the elephant, which is quite a few years ago now! 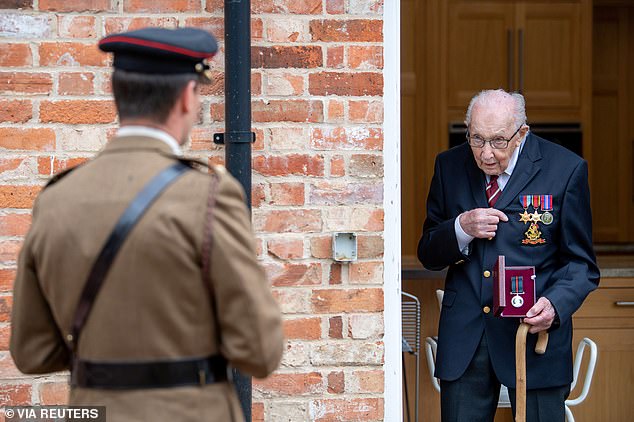 ‘Thank you very much indeed; I really am delighted to have this.’

Captain Tom also shared his memories of the end of the Second World War ahead of VE Day on May 8, saying: ‘Everybody was going round arm in arm; London was absolutely packed with people dancing about, absolutely thrilled with the fact that at last we had got through the war in Europe and it was a great day.’

Asked what his comrades would say if they could see him doing the laps around his garden, he said: ‘I think they would say ‘well done’. The comradeship throughout the war was great and continued afterwards until we got to the 65th year of the reunion and I was the only one left.’

The special episode of Blue Peter will air on May 7 on CBBC at 5.30pm and will be available on BBC iPlayer.