This was no joyride.

A 23-year-old car salesman was captured in dramatic video clinging to the hood of a BMW M4 that was just stolen from a Canadian dealership last week.

“It was just very scary for me. Like, I genuinely thought I was going to die,” Moe Al-Kaissy — who works at Sport Motors, a family-run dealership in London, Ontario — told the CTV Network

“At one point, I had to grab onto the wiper arm, because I was sliding off, and my feet got dragged onto the street. And my shoes got lost, my socks got ripped. Like, my feet are all ripped up right now,” he said about the death-defying ride, according to WIFR.

Al-Kaissy’s older brother Mustafa said the two suspects called to inquire about a car before showing up in a silver Audi a few hours later to see it.

“Moe goes over to show them the vehicle. They walk around it, and he says, ‘Can I hear it running?’ And we fired it up for him,” Mustafa said.

“Now, the key was in Moe’s pocket at that time. He was not authorized to take that vehicle for a test drive,” he added.

Moe said one of them got inside the car and asked to make a phone call – then took off in the vehicle, striking the shocked salesman.

“I had no option other than to kind of get on top of the hood, because he hit me on my knee,” he said.

Al-Kaissy clung to the hood for a while but finally decided to let go.

The video also apparently captured the Audi – which police also are searching for – driving past Al-Kaissy as he falls off the hood, almost hitting him.

A good Samaritan pulled over and drove the shaken man back to the dealership, where he and his brother provided police with descriptions and surveillance footage of the robbery, according to the CBC.

“We’ve been doing this for a very long time, and we’ve never encountered such a situation, where somebody comes in broad daylight, runs you over, and almost kills you and steals your car,” Mustafa said.

“A car is replaceable, but a human life isn’t, and that’s what’s most important,” he added.

The stolen Beemer’s GPS tracker showed it was in North York, Ontario, but as far as the family knows, it has not been recovered.

Police didn’t inform the public about the brazen robbery and hit-and-run until Monday afternoon, four days later, after Mustafa had collected footage from nearby businesses and posting it to the dealership’s Facebook page on Sunday, the CBC reported.

“These guys could have been caught. We called 911 right away, we knew they were headed for the 401, they could have had them,” Mustafa told the outlet.

“It’s just so disappointing, you hear stories of people getting pulled over for the stupidest reasons and these guys made it all the way down the highway,” he added. 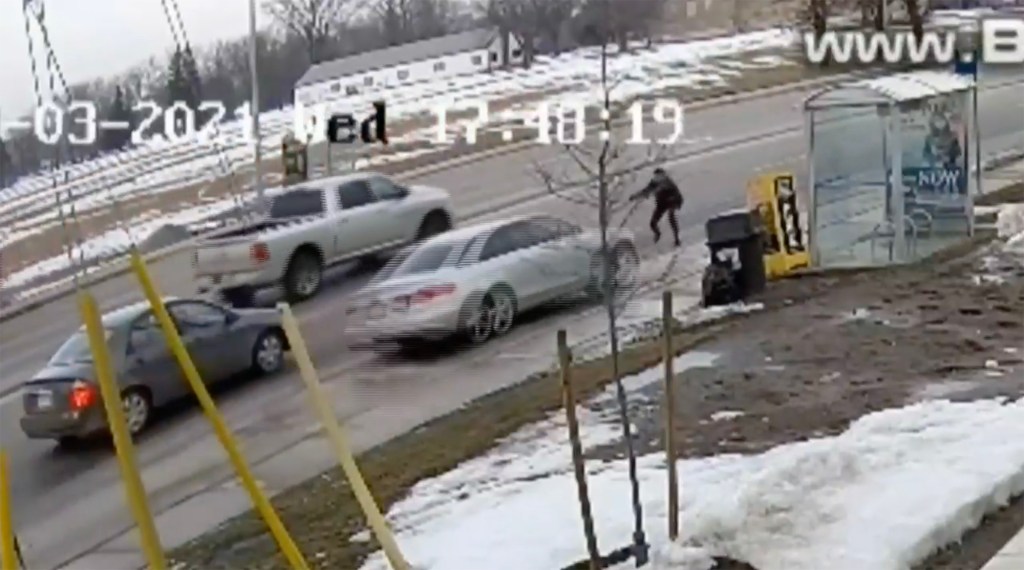 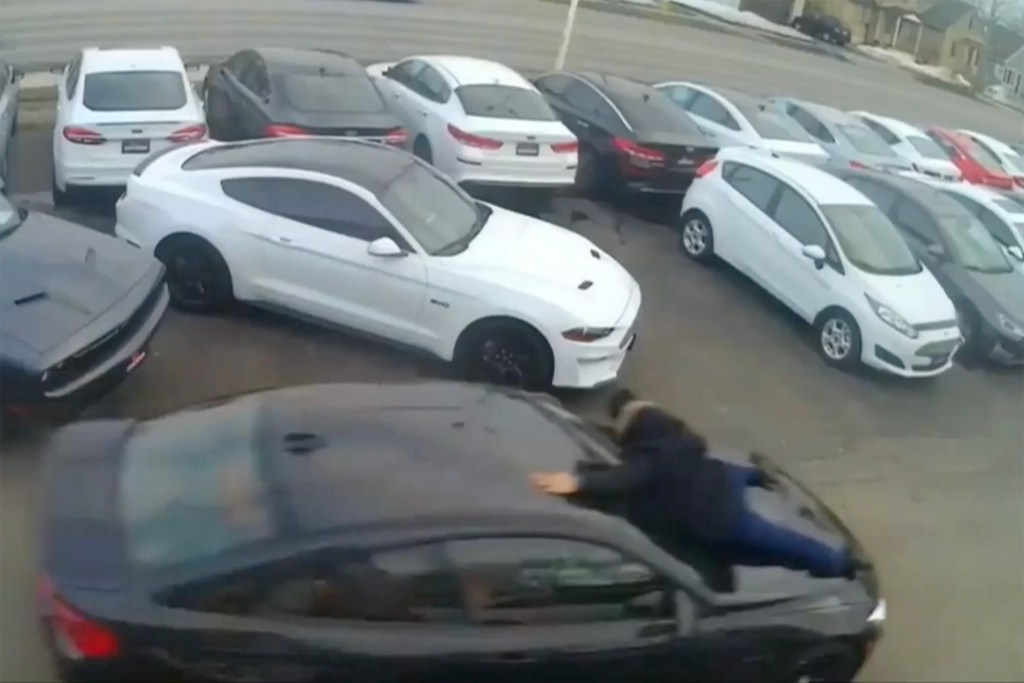 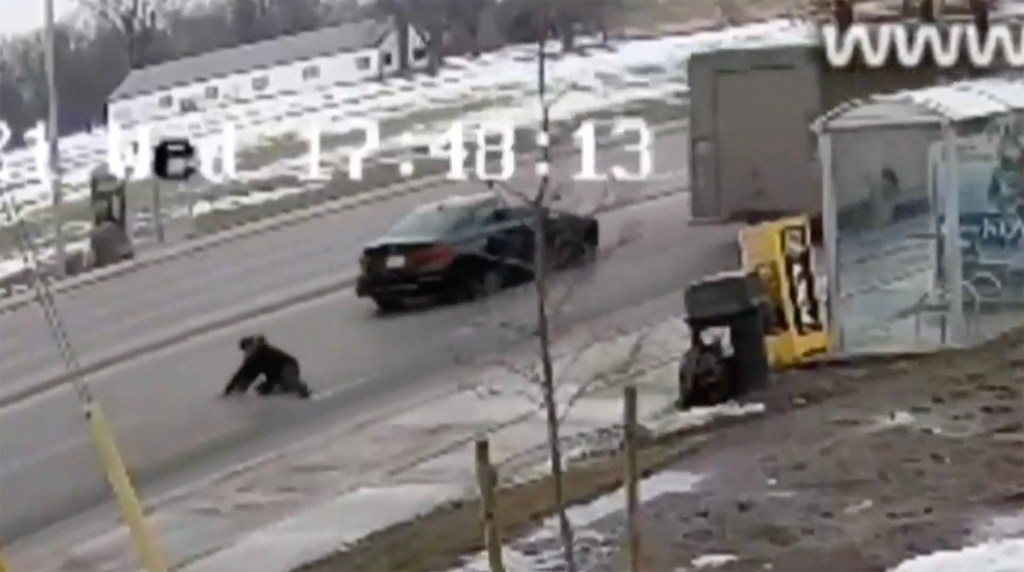 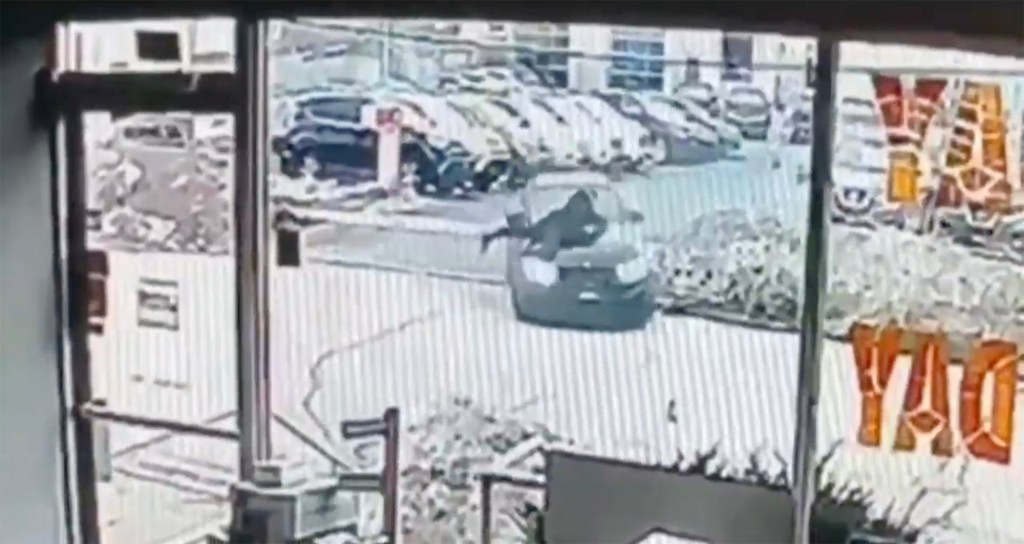