Carers who take vulnerable to visit prostitutes NOT breaking the law

Care workers who take vulnerable people to visit prostitutes are NOT breaking the law, judge rules after 27-year-old man with autism spent three years asking his carers to arrange for him to have sex

Care workers who help vulnerable people to visit sex workers will not be breaking the law, a senior judge has said.

In a landmark ruling, a judge in the Court of Protection – a specialist court which considers issues relating to people who lack the capacity to make certain decisions – said carers who facilitate adults with learning disabilities visiting sex workers will not be committing a criminal offence.

Under the Sexual Offences Act 2003, a care worker who ‘intentionally causes or incites’ someone in their care with a ‘mental disorder’ to engage in sexual activity can be jailed for a maximum of 10 years.

However, in a ruling published on Thursday, Mr Justice Hayden said the Act is ‘structured to protect vulnerable adults from others, not from themselves’.

He said that ‘those with mental health disorders have, in the past, effectively been prevented, by the law, from engaging in sexual relations’.

But, Mr Justice Hayden said, it is ‘no longer the objective of the law to prevent people with mental disorders from having sexual relationships’. 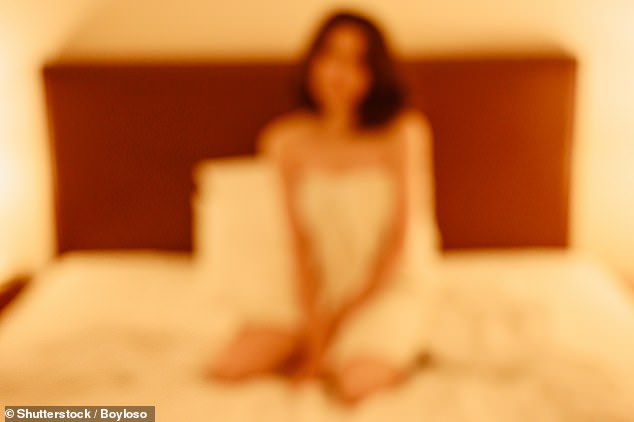 ‘Rather it is to criminalise the exploitation and abuse of such adults by those with whom they are in a relationship of trust,’ he added.

The judge was asked to rule on whether carers for a 27-year-old man with autism, known only as C, would be breaking the law if they helped him visit a sex worker.

Mr Justice Hayden said that if a carer was to be prosecuted for helping a vulnerable person who wished to visit a sex worker, ‘it lets in the possibility that others who assist or participate’, such as ‘administrative staff, legal advisers, perhaps even the sex worker’, might be committing an offence themselves.

He added: ‘The outcome would be that legislation intending to protect the safety and promote the autonomy of the vulnerable would have become an instrument by which those very objectives would be subverted and in circumstances which could only be regarded as discriminatory.’

In a separate judgment, also published on Thursday, Mr Justice Hayden granted the Secretary of State permission to appeal against his ruling at the Court of Appeal.

At a hearing in December, the court heard that C had been diagnosed with autism spectrum disorder at a young age and also had Klinefelter syndrome, a genetic disorder which results in men having an additional X chromosome.

C, who lives with carers in supported accommodation, thought his prospects of finding a girlfriend were very limited and wanted to be able to have sex with a sex worker, the court was told.

The man was assessed as lacking capacity to decide where to live, what care and treatment to receive and decide his financial affairs, but does have capacity to engage in sexual relations and decide to visit a sex worker. 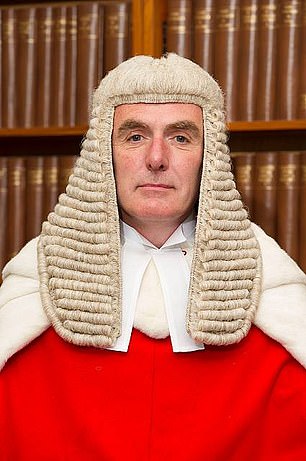 Mr Justice Hayden was asked to rule on whether carers for a 27-year-old man with autism, known only as C, would be breaking the law if they helped him visit a sex worker

The local authority which has responsibility for C’s care asked the Court of Protection to decide ‘whether a care plan to facilitate C’s contact with a sex worker could be implemented without the commission of an offence under the Sexual Offences Act 2003’.

Mr Justice Hayden, a High Court judge who is also vice president of the Court of Protection, said in his ruling that the Sexual Offences Act ‘criminalises care workers who are found to be ‘causing or inciting sexual activity’.

The judge said the purpose of the Act is to prevent the ‘exploitation of vulnerable’ and to ‘criminalise a serious breach of trust’.

But, Mr Justice Hayden said, in C’s case ‘the wish to experience sex is articulated clearly and consistently by C himself’.

C has made ‘the utilitarian calculation that if he is to experience sex, which he strongly wishes to do, he will have to pay for it’, a desire he has consistently expressed to his carers over the last three years, the judge added.

Mr Justice Hayden said there is ‘clear and cogent evidence that he (C) has the capacity to engage in sexual relations and to decide to have contact with a sex worker’.

The judge ruled that the Sexual Offences Act is intended to ‘criminalise those in a position of authority and trust whose actions are calculated to repress the autonomy of those with a mental disorder’.

Mr Justice Hayden added: ‘It is concerned to reduce the risk of sexual exploitation, not to repress autonomous sexual expression.

‘The language of the (Act) is not apt to criminalise carers motivated to facilitate such expression.’

Lawyers representing Justice Secretary Robert Buckland argued that interpreting the Sexual Offences Act as having ‘rendered lawful a carer’s assistance to C in securing the services of a sex worker’ would be wrong.

Fiona Paterson told the court in December that ‘the state … through its care services should not facilitate, encourage or promote’ prostitution or sex work.

But Mr Justice Hayden said that ‘the position of the Secretary of State on this point (is) logically unsustainable’.

The judge said: ‘Whilst it is entirely understandable that he would not wish to be seen to act in a way which might be perceived as encouraging prostitution, the fact remains that the act is legal.

The judge said there is ‘a logical paradox in the reasoning of the Secretary of State’, adding: ‘He wishes to discourage prostitution, which many would think to be a laudable objective.

‘Parliament, however, has recognised the futility of seeking to criminalise prostitution and, accordingly, it remains legal.

‘Thus, the Secretary of State, in this instance, finds himself in the invidious position of trying to discourage, by guidelines and policy, that which the law allows.’

Mr Justice Hayden also said that the ‘restrictive interpretation’ of the Act argued for by Mr Buckland would be ‘directly or collaterally discriminatory towards C and to others with mental health disorders’.

He added: ‘Its effect would be to criminalise those who care for individuals with a particular type of disability.’

Mr Justice Hayden concluded: ‘This application does not raise any issues about the legality of, or social attitudes towards, sex work or, as it is termed in the criminal law, prostitution.

‘Whilst some activities surrounding prostitution are criminalised, the act itself is not.

‘At this hearing and in this judgment, I am not considering any plan for C to visit a sex worker.

‘That decision will be for another day when a comprehensive risk assessment has been undertaken and a care plan devised which will illuminate whether and, if so, how such a visit may be arranged.’