Home » World News » Caring for 'suicidal' brother became 'too much', says Will Young

Caring for 'suicidal' brother became 'too much', says Will Young

Singer Will Young has told an inquest how caring for his ‘suicidal’ twin brother had ‘become too much’ before his tragic death.

Rupert Young, 41, jumped to his death from Westminster Bridge in central London following years of battling with mental health and addiction, the hearing was told.

The tragedy came just days after Rupert was found walking along the same bridge where he was talked down by emergency workers and taken to A&E.

His body was found with a hospital tag in the Thames on August 2 this year.

The Young family’s barrister said Rupert had managed to discharge himself from nearby St Thomas Hospital before taking his own life, and that the family have concerns over systemic failings in his care. 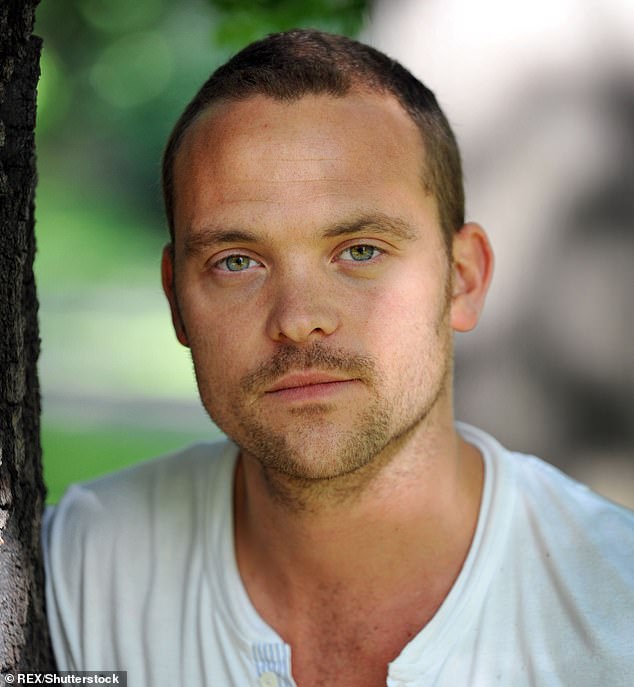 Singer Will Young has told an inquest how caring for his ‘suicidal’ twin brother had ‘become too much’ before his tragic death on Westminster Bridge in August. Pictured: Rupert Young

However, hospital bosses deny any failings and say Rupert absconded.

Will, who was thrust into the spotlight after winning Pop Idol in 2002, attended his brother’s inquest alongside his mother today at Poplar Coroners Court in east London.

He described himself as his brother’s carer before it ‘became too much’ and he left the room when the Coroner read heartbreaking evidence of the day his brother died.

Speaking at the inquest today, Will said: ‘I was a carer for him, but it became too much. 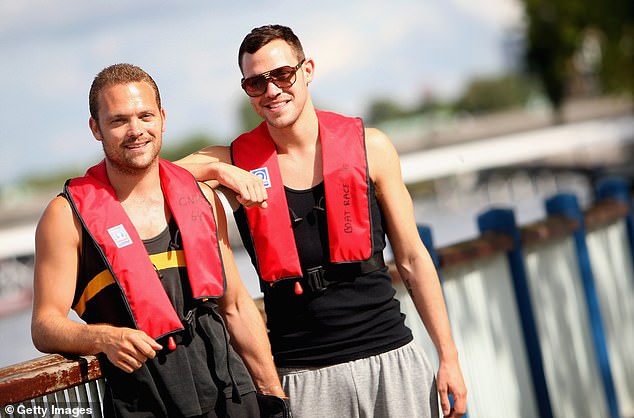 Will (right), who was thrust into the spotlight after winning Pop Idol in 2002, attended his brother’s inquest alongside his mother today at Poplar Coroners Court in east London. Rupert is pictured left

‘I feel it is difficult for me. I am someone who is pretty in control over my emotional well-being. I am a functional adult. I have done a lot of work on myself.’

The Coroner heard Rupert had an ongoing problem with alcohol and painkiller addiction which improved when he was around animals, dogs and horses in particular.

A toxicologist report showed he had alcohol in his system at the time of his death.

For decades, Rupert battled with his mental health, including depression and PTSD, and made many suicide threats and attempts, the inquest heard.

Will said: ‘Rupert struggled with depression and anxiety, I would say for 20 years. 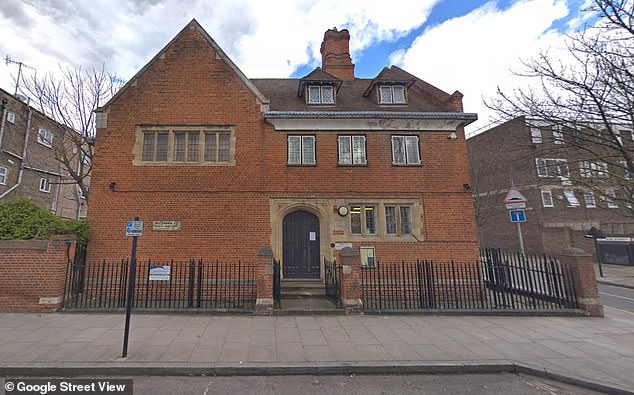 Speaking at the inquest at Poplar Coroners Court today, Will said: ‘I was a carer for him, but it became too much. ‘He could not look after himself and I did not believe he could look after his own life’

‘Over that time, more times than I can think of, there have been suicide attempts or suicide ideation.

‘There were few times actually that he had gone full, full, full through with it.’

Around a week before the tragedy, Will reported his brother to the police as a trespasser and Rupert was removed from the house.

He had lived with Will on and off for three years and had no other support system or friends, it was said.

Will also asked hospital staff to cut communication ties with his brother during his recovery.

He told the inquest: ‘I could not live in my house if it had gone beyond my means and it was affecting my well-being.’

He added: ‘I was not then there. For my own protection, for my own well-being, emotional well-being, I stayed around the corner and rang the police. 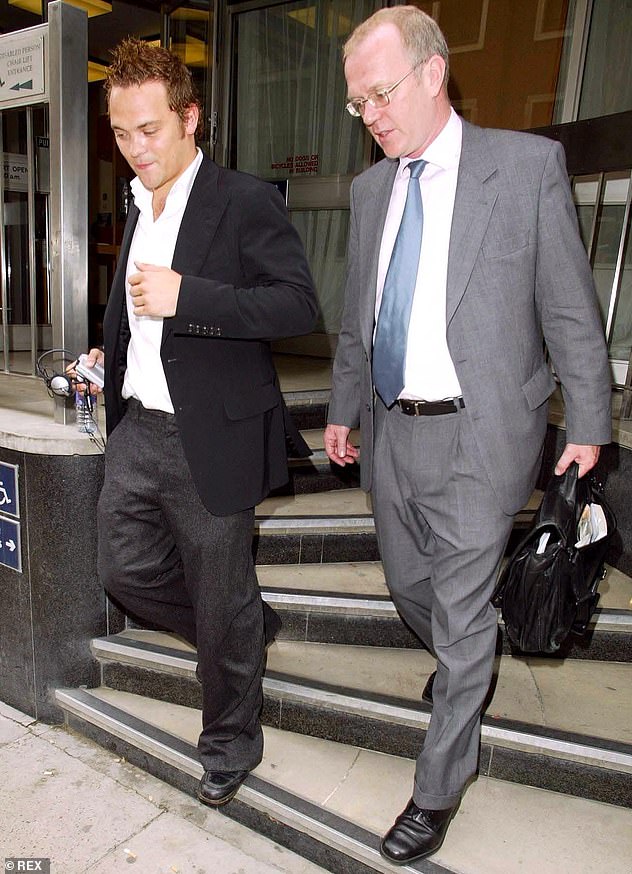 In 2004 Rupert found himself before a judge at Middlesex Guildhall Crown Court, accused of assaulting a chef in London’s West End. Rupert Young was later cleared of assault and turned his life around

‘I reported him as a trespasser.’

A neighbour later told Will that his brother told emergency workers he was suicidal and that he had a noose in the attic, the inquest heard.

Will recalled there were few occasions when his twin brother went through with threats to jump off a bridge and that help was almost always there.

He added: ‘The police boat was there if I remember on one occasion at Hammersmith Bridge.

‘He would jump but there would be a boat there already so it would be more about making the hullabaloo.

‘I can think of about five times that he really got to the state of it being really life threatening and maybe only two of those times when no one was there.

‘In fact, I cannot think of any time when he has not called someone when doing it apart from, and I really think this is true, the 28th and the 30th.’

In the three weeks leading up to his death, Rupert had been drinking up to 30 cans of beer per day, the inquest heard.

He had also broken up with his girlfriend, was removed from his brother’s house and did not have any friends to support him, it was said.

The inquest also heard that Rupert was sometimes well, would abstain from alcohol and would go for periods without feeling suicidal.

While other times, he was drinking perhaps 20 beers a day and was so incapable he could not even take himself to the toilet.

It was said he was in ‘that dark place’ in the three weeks leading up to his suicide.

He had told his GP of plans to practice mindfulness and volunteer with a dog sanctuary, it was said in evidence.

The inquest was opened in August and resumed today at Poplar Coroners Court in east London.

Via their barrister, Rupert’s family today expressed their concerns and raised questions as to why he was taken to A&E after his first suicide attempt and then allowed to leave hospital.

The barrister told the inquest of their significant concerns of missing evidence to ascertain whether the trust’s actions or inactions contributed to the circumstances surrounding Rupert’s death.

They also made a request to engage Article 2 of the European Convention on Human Rights under the basis that there were systemic failures.

But the request was denied by the Coroner at this stage.