Caution called for over big promises on manufacturing

This week Prime Minister Scott Morrison committed his government to supporting specific sectors of advanced manufacturing as a means of accelerating Australia out of its COVID-induced recession. Industry will be offered $1.5 billion in next week's budget to sustain local manufacturing to secure a "sovereign capability" in six priority areas ranging from food to medicine and clean energy.

While it may seem an initiative of obvious benefit in generating jobs and backing home-grown entrepreneurship, the resurgence of an industry policy in Australia in which the government "picks winners" for such largesse revives a policy front with a very chequered past. 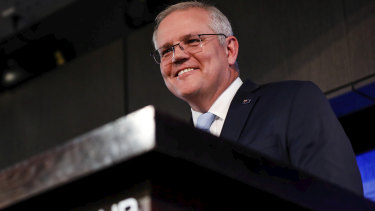 In recent decades, both sides of government have tended to shy away from such an approach, preferring to offer broad assistance across all industries with measures such as lowering taxes and revamping industrial relations. The Coalition's willingness to pull the plug on the local car industry by withdrawing financial subsidies was the most high-profile example of the move away from direct support for particular industries, even when they employed large numbers of people.

But the Coalition's task in trying to revive an economy flattened by the pandemic – no more so than in Victoria – is on a scale not faced by any government in living memory. And that probably goes a long way to explaining why some of the debates on the merits of certain economic measures are being left for a later time.

Mr Morrison appears to have accepted that he needs to throw everything but the kitchen sink at the problem. JobKeeper and JobSeeker have been the main mechanism of Keynesian pump-priming, pouring tens of billions of dollars into the economy to lift demand. As promised, Treasurer Josh Frydenberg is also pursuing supply-side economic reforms, with proposals to dramatically cut back on bank lending regulations, and tax cuts are expected next week in the budget.

Along with continuing negotiations to streamline industrial relations, a new energy policy, funding to support more training and measures to promote digitalisation, the government in no way wants to look flat-footed in its bid to bring the economy back to life.

But pursuing so many big policy reforms simultaneously will bring a good degree of political risk. And providing incentives for manufacturing could well be a policy that's found wanting in years to come.

The biggest part of the funding will be a $1.3 billion Modern Manufacturing Initiative, which will open in the first half of next year to offer grants for major projects. The new fund is meant to attract big investors from overseas and build "economies of scale" in local production.

While the government has committed itself to building in sufficient guard rails to ensure the money is put to good use, the success of any manufacturing project is still very much in the hands of market forces. It will also require a level of commitment and focus directed towards such projects that may well exceed the usual attention span of a government.

The Coalition estimates its manufacturing plan could create 80,000 direct jobs and about 300,000 more indirect jobs by helping companies modernise their factories and ramp up exports. At a time when getting people back to work is of the highest priority, this potential windfall for workers is an appealing prospect. But experience would suggest that these figures should be regarded with a good degree of caution.