CBS insiders and fans slammed the network Monday for abruptly cutting away from Queen Elizabeth II’s funeral to air the season premieres of Let’s Make a Deal and The Price is Right.

Rival networks, including NBC, ABC, CNN, BBC and others dedicated their entire Monday broadcasts to the historic death of Britain’s longest reigning monarch.

While CBS began coverage of the funeral at 5.30am, the network tapped out of coverage at 9am, opting instead to air programs including the long-running, pre-tapped game show.

One CBS insider told the New York Post, ‘This is appalling. I’m speechless. This is history. This is a huge event. If you have a legitimate news division and you want to grow and show yourself as being legit, you have to cover history.’

‘Even NewsNation covered it!’ added the source, referring to the startup news network that is hoping to make waves in a saturated market. ‘The network (CBS) is waving the white flag.’

The consistently third place network (of the major three) has been struggling financially, and in the ratings department, for several years as the television network landscape rapidly shifts. 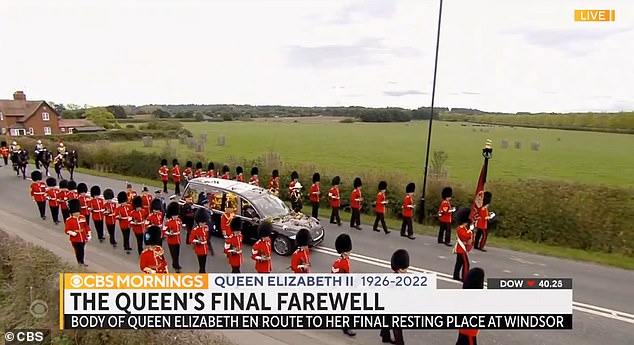 Queen Elizabeth II’s historic funeral was carried live by most of the major television networks, but CBS opted to end its coverage at 9am and air episodes of pre-tapped game shows 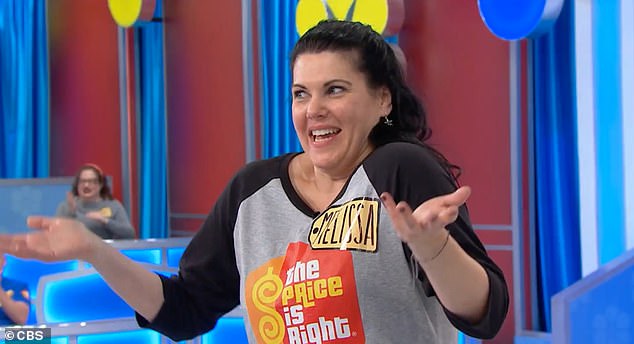 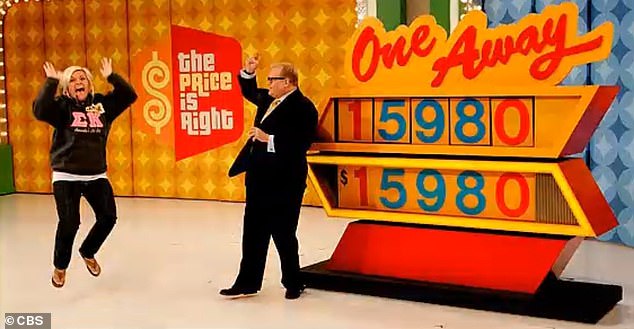 The Price is Right host Drew Carey and a contestant during the season premiere of the show, which played on CBS over the Queen of England’s funeral

‘RIP Queen Elizabeth II Cable news is covering her death, as is ABC and NBC, while CBS is airing a rerun of ‘Let’s Make A Deal,” wrote one disgruntled viewer.

Though some members of the daytime television audience applauded the network’s decision.

One twitter user whose profile says she is interested in ‘current events & politics,’ wrote, ‘I’m glad @CBS knows what country we live in and isn’t interrupting regular programming for that funeral. I would’ve been mad if I had to miss Price Is Right today.’ 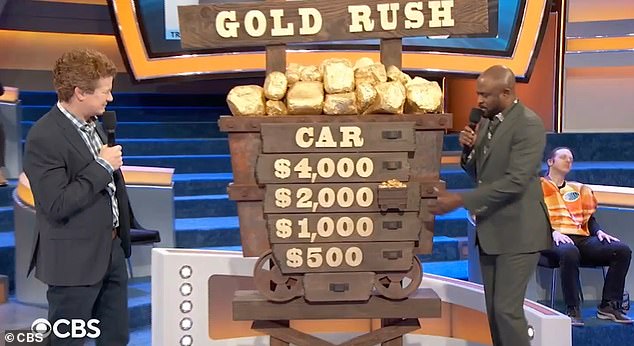 The network did continue its broadcast of the funeral on its struggling streaming service Paramount+ and CBSN.

A spokesperson for the network told the Post, ‘The news division offered continuous coverage beginning at 5.30am for the duration of the events to our broadcast and streaming outlets.’

Sources inside the network told the outlet they believe the awkward and controversial decision was made in order to hold on to advertising dollars brought in by the game shows, as opposed to continuing to air the special, commercial free, coverage of the funeral.

‘It’s like ‘Let’s Make a Deal’ commercials are more important than journalism. It shows Cheeks’ priority is business over news. CBS just lost the respect of the news gods,’ said the source, tossing a dig at CEO George Cheeks, who oversees the direction of programming.