The union that represents many Chicago teachers is requesting a delay in the reopening of high schools, along with more COVID-19 vaccinations for students and families as it continues to negotiate with school district officials to resume in-person instruction.

Chicago Public Schools has set a target date for high school students to return to the classroom on April 19, but the Chicago Teacher’s Union has pushed back on the idea, citing concerns over the coronavirus pandemic and new variants of the virus that have emerged in recent months. Teachers and staff are slated to report back to schools on Monday.

“We are asking for the Chicago Public Schools to delay the reopening schools by a week…  in order to understand what’s going on with the dangerous spread of the variant,” CTU President Jesse Sharkey said Wednesday. “It’s critical, we believe, that there is some plan for vaccinating high school-age students… and their family members.”

The school district said an agreement was already in place for the return of high school students weeks ago.

“CPS and CTU leadership agreed weeks ago that high school students should have the opportunity to return to their classrooms on April 19, and that remains our plan,” district spokesman James Gherardi said in a statement to Fox News. “While our discussions with CTU have been productive, it is disheartening to see yet again that CTU is choosing to create uncertainty for families and their own members when they know and privately agree that our high schools are safe and prepared to open.” 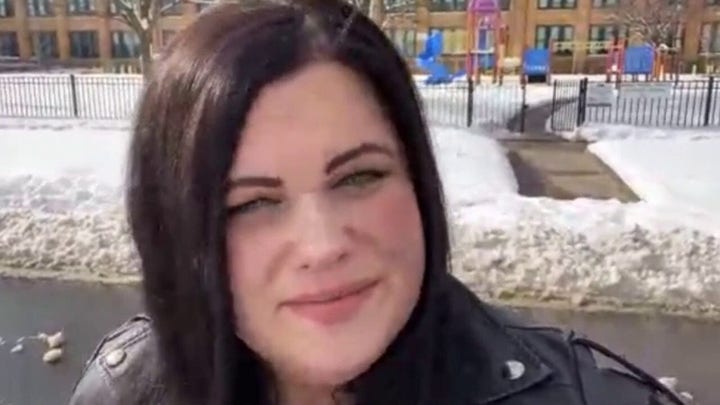 The district cited the reopening of elementary schools in February that “have shown that safe in-person learning is possible right now, and our high school families deserve the same opportunity that President Biden and public health leaders have called for, which is the safe reopening of our high school doors.”

The city’s high school students have been learning via virtual classes for more than a year. Elementary school students, as well as preschool and special education students, began returning to the classroom weeks ago.

During a CTU news conference Wednesday, some teachers raised concerns about transitioning from remote learning to in-person classes and cautioned the school district to prioritize safety.

“We have an opportunity to do something really unique, to do things in the best interest of our parents, of our students… but it doesn’t seem like we’re quite there,” said Mary Rose O’Shea, an English teacher at Stephen Mather High School. “As a teacher, I have to have a lesson plan before I come into school on a Monday and I don’t feel we have the correct lesson plan in place yet in order to move forward with this reopening at this particular moment.”

Of all students expected to attend class in person, 73% were present from March 8-12, according to data released by the school district. The daily attendance rate saw increases the longer schools were open, the district said.

The school closures come amid a spike in crime, many involving underage suspects. Over the past weekend, eight people were killed and 34 others were shot. In recent days, a 16-year-old boy was killed and a 15-year-old boy was shot while taking out the trash. 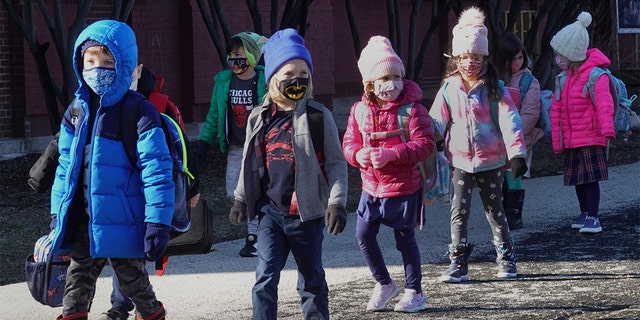 Students are escorted from Hawthorne Scholastic Academy to meet their parents following their first day of in-person learning on March 01, 2021 in Chicago, Illinois. Students in kindergarten through fifth grade began in-person learning the city continues to phase in a return to the classroom after nearly a year’s hiatus and a lengthy battle with the teacher’s union brought on by COVID-19 concerns. (Photo by Scott Olson/Getty Images)
(Getty Images)

At a Wednesday, Mayor Lori Lightfoot said she expects high schools to open on time and sees no reason to re-negotiate with the teacher’s union.

“As you know, we went through a very protracted but ultimately successful negotiation with the CTU to reopen schools pre-K through 8. As part of that negotiation, in writing, we set forth a plan for when schools would open but also, if the conditions warranted, when we would close by classroom, by school, and by district,” Lightfoot said. “That’s already baked into the plan so we’re going to follow the plan. There’s no basis for us to renegotiate that.”

Bill Meyer, 48, said he would like to see his son, Connor Meyer, return to the classroom to finish out his senior year at William Howard Taft High School. The 18-year-old has vision issues that are not helped by staring at a laptop for hours, his father said.

“When this (pandemic) hit, he kind of lost interest,” Bill Meyer said. “It got to the point where he just wakes up in bed and turns on the computer… and after a while he just got frustrated with it.

He said his son wants to return to school but that most of his friends don’t.

“Part of high school is socializing. Learning is the most important thing, but as far as a social environment, there is none,” he added.

In a series of tweets, the union said bringing back high school students would “exacerbate the surge in cases that our city is experiencing now.”

The school district has plans to prioritize vaccinations for students 16 and older, it said. The union wants students and families to be vaccinated, something it said Wednesday was paramount to a safe route for in-person instruction.

As of Wednesday, Illinois had administered 6.5 million vaccine doses, according to the state Department of Public Health. The school district maintains vaccination data but reporting on how many staff members have received shots is incomplete after the union discouraged the reporting of such figures, the district said.