CHICHESTER city centre is on lockdown as armed police and 'hot zone' medics rushed to the scene.

The area has been cordoned off with reports at least ten police cars headed to the scene about 10pm last night. 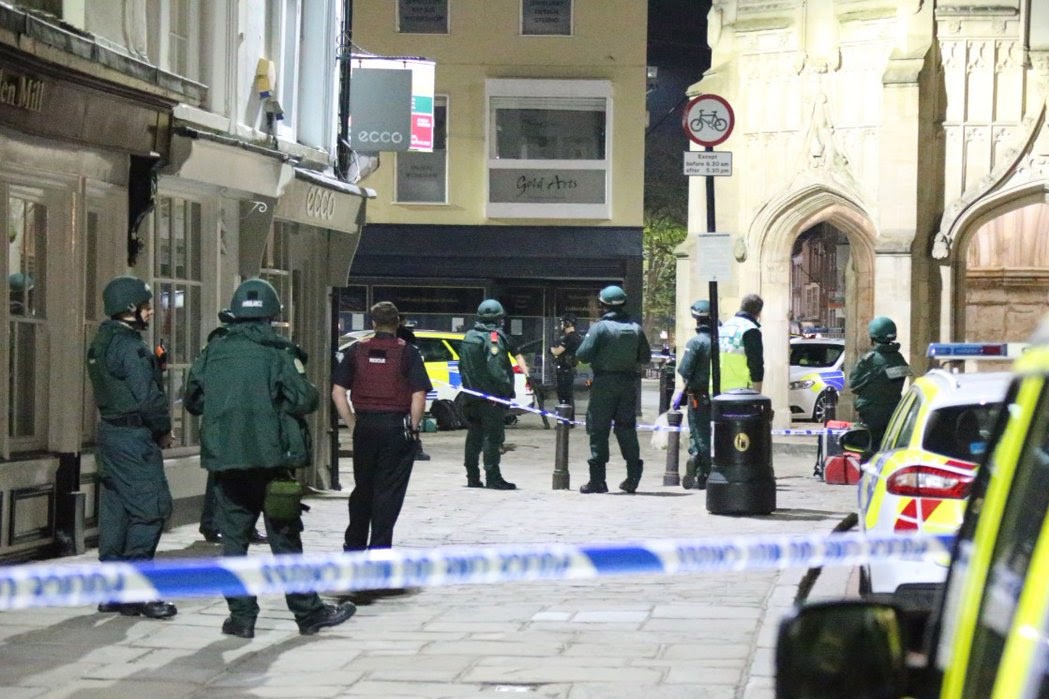 Reports suggested cops cordoned off the area around Chichester Cross and North Street.

Photographs show dozens of emergency responders at the scene.

It is understood the cordon was lifted about 7am.

Officers have told members of the public to stay away from the area.

The Sun Online has contacted Sussex Police for comment.