Plans for a fried chicken shop with a very cheeky sign have been thrown out by a council.

The Dirty Bird Fried Chicken company runs as a street food vendor with a phallic symbol made to look like a bird.

The company also has crass posters bearing phrases like ‘lick my thigh’, ‘touch my breast’ and ‘eat c**k’. 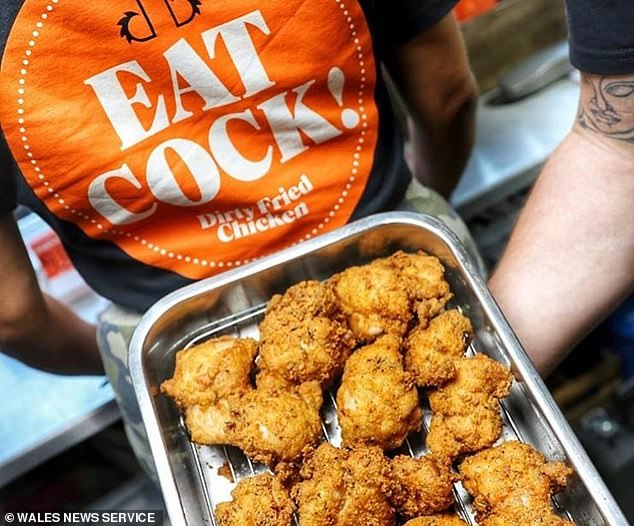 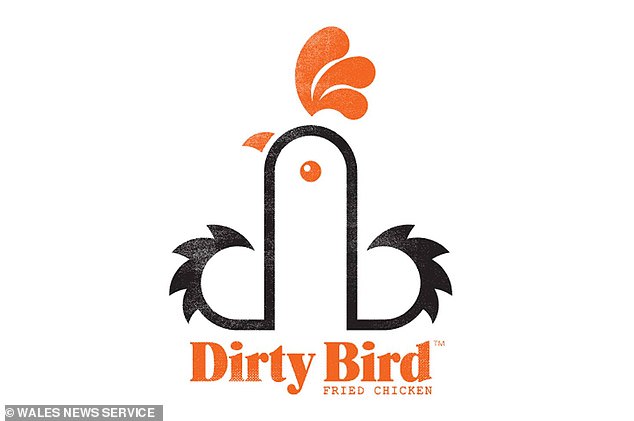 Owners Neil Young and his partner Lara Payne usually tour festivals with their van – but wanted to open their first store in a boarded-up shop in his hometown of Newport, South Wales.

But planners at the city council have refused the application despite its offer to bring new jobs to the area.

Several objections were made by councillors and neighbours including claims the shop would lead to antisocial behaviour, parking chaos, and kill off other takeaway shops nearby.

Neil said: ‘There were about 20 pages of different reasons for refusal. 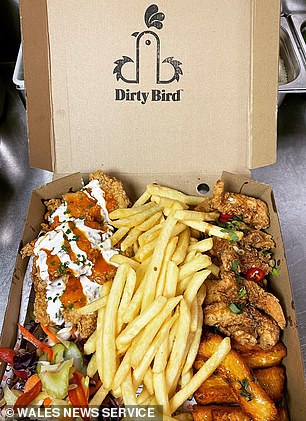 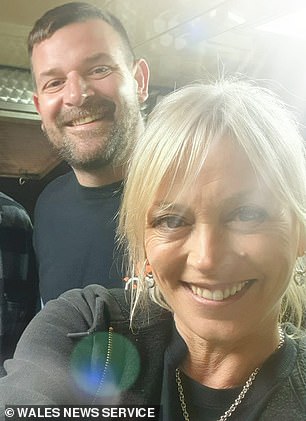 Owners Neil Young and his partner Lara Payne usually tour festivals with their van – but wanted to open their first store in a boarded-up shop in his hometown of Newport, South Wales 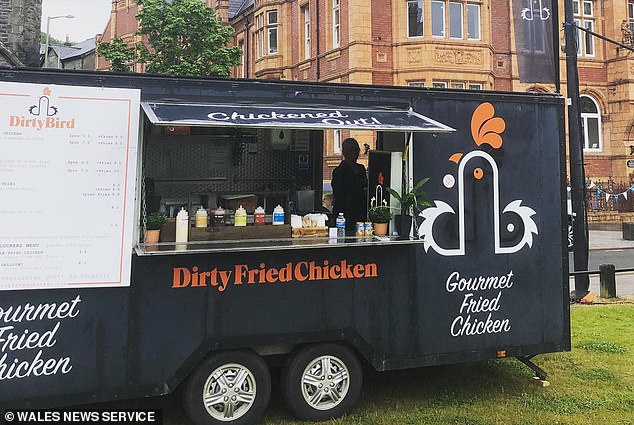 ‘The refusal said there were concerns about people hanging around, even though that’s not the kind of customers we attract.’

However it doesn’t appear that there were any objections to the rude signage which is also emblazoned on the brand’s takeaway boxes.

Newport City Council said the number of shop units closed during the day would have a ‘significant adverse impact to the viability and vitality of the district centre.’

Neil now says he has ‘lost hope’ for a project in the city and will now look at setting up shop in nearby Cardiff.

He said: ‘I searched for a premises there for months, and this one was perfect. It was a lovely double-fronted shop. 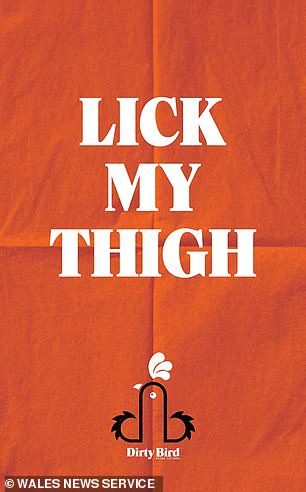 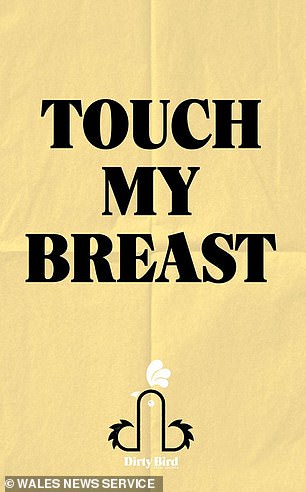 The company has crass posters bearing phrases like ‘lick my thigh’, ‘touch my breast’ and ‘eat c**k’

‘I’ve spent money getting planning consultants, architects in, we did a lovely presentation. And then it was turned down.

‘I’m Newport born and bred, and I wanted to bring something new there.

‘The long and short of it is that a Newport boy has now got to take his business to Cardiff, which is a shame. It would have been a lovely new shop front rather than a boarded up betting shop.’

A Newport City Council spokesperson said: ‘An application was submitted for the Malpas Road district shopping centre in Shaftesbury where there are already a number of takeaway outlets.

‘The proposed use would only open in the evenings and, after weighing the regeneration benefits against the adverse impact on the retailing role of the district centre, the decision was taken to refuse permission.

‘We offered to help the business find suitable premises in January this year and would still be willing to do that as we are sure there are locations for a food outlet such as this.’