Child survivors of family violence need to be recognised

Everyday when we turned into our street coming home from school I’d feel sick. If his car was there, the sick feeling turned to fear. What’s he’s going to do?

The fear in your head doesn’t have boundaries the way physical pain does. The bruises on your mum’s face heal, but the fear never leaves. It just surrounds you and suffocates every second of your life. What if he kills her next time? What if she’s not there to protect us kids and he kills us? He hated us. 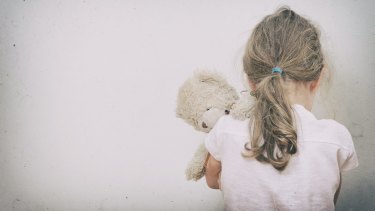 Family violence has an effect on the children in the relationship that can be overlooked.Credit:Dmitri Maruta

I heard him do things to my Mum that I am only making sense of now I am a teenager. I saw him bash her so badly I genuinely thought she was dead. I was there in the hospital when they said she was lucky to have survived. I comforted my sister when he punched her in the head because she was being silly brushing her teeth. He’d scare her so much she’d wet herself. I saw the threats about him hunting me down notify across Mum’s phone screen, as we fled to a refuge.

I am doing this because kids like me are not seen as victims in our own right, with unique perspectives and experiences of family violence that are different to our mums’ experiences. We have different experiences of family violence and support needs to our mums, and I want the public, police and the system to see this, change and deal with us as victims in our own right. We are not extensions of our mothers.

I love my mum and I know she felt trapped and was controlled by him, but she could have left and eventually she did. He could have stopped thinking the law didn’t apply to him. The police could have decided to help when they found out about what he was doing, instead of protecting him because he was one of them. All those adults could have made choices that would have stopped the violence. As kids, we didn’t have that choice. We were trapped with no way out. I cannot describe the fear we lived with every single day. My only escape was reading books and school. School was the only place I felt safe.

Right now, some of my friends are where I was then – trapped. They listen to their mums making excuses for the abuse and bruises, blaming themselves and trying to keep their abusers happy to stop escalations. They are scared and they have no one. The system doesn’t see them as victims and there is no support or help for them unless their mum decides to leave. My friends know what I went through and have confided in me. All I can do is listen and tell them to plead with their mums to leave, because it never gets better.

I know that if their mums leave, the courts and police will let them down. I spent hours reliving the trauma, doing my Victim Impact Statement, but the judge didn’t even refer to it when he overturned my stepfather’s jail sentence and gave him a community corrections order. I didn’t exist. The police contacted Mum, but not us. My sister and I were named victims of offending too, stuff he pleaded guilty to, but Victoria Police has gaslighted us so badly that they didn’t speak to us beyond getting video statements. We’ve never had counselling or support referrals from them because the police don’t see us kids as family violence victims.

The children of family violence relationships are much more likely to get in family violence relationships as adults, because it’s familiar and they don’t see the red flags. I know that is a proven fact, and I only need to look at my mum to see an anecdote. My Nan told me she copped 20 years of abuse before she left, because she was scared her ex would kill my mum on an access weekend if Nan left, and because he had a gun and had made threats.

If family violence is to stop, then the start has to be with the system seeing kids like me as victims in our own right, supporting us and in doing so helping us to make better choices than our parents and learning what respectful relationships look like.

You can march against family violence and say you want to stop it like Police Command does, but if you don’t help, support and recognise child victim-survivors as victims in their own right, this cycle of intergenerational violence, trauma and disrespect will never end. In my family it ends with me. I can say that because I am lucky. Mum didn’t die that night he almost killed her, and despite what police did, she left and she did her best to hold him to account and end the violence. What kind of men will my friends, trapped in family violence households, grow up to be?

To Victoria Police, I want you to see the trauma of family violence on my sister and me. Was protecting your own worth what was done to us kids? When you leaked our safety and escape plan to his mates on ‘member welfare grounds’, do you still think his welfare was more important than my life as a kid? It doesn’t matter what you say about family violence, it matters what you do. You do not care about kids like me. You need to change. The whole system needs to change. No kid should live what I have. The violence has to stop. Start by prioritising and supporting child victim-survivors.

*Not his real name

Related News:
TV and Movies
Abbey Clancy sizzles in a thong bikini throwback as she craves a holiday
TODAY's Bobbie Thomas breaks down in tears & admits 'I'm so scared' in first interview after husband Michael's death
37 Worst Sitcoms of All Time: From 'Mama's Family' to 'Coupling' (Photos)
Love Island's Maura Higgins shows off her ripped abs in a bikini on the beach in Gibraltar
Vin Diesel Says Paul Walker Sent John Cena to Play His Brother in 'F9'
Recent Posts