China coronavirus: City of 9.4million to be tested in just five days

China will test entire city of 9.4 million people for coronavirus in five days after outbreak of just 12 cases

China will test and entire city of nine million people for coronavirus in just five days after an cluster of coronavirus infections sprung up in a local hospital.

It comes after 12 cases of the virus were detected in the city, 350 miles north of Shanghai, at a hospital treating infected people returning from overseas. 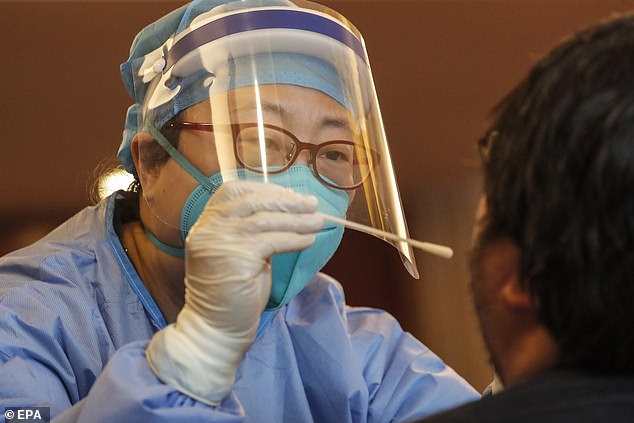 China plans to test the entire city of Qingdao – population 8million – for coronavirus in just five days after a cluster of 12 infections were found, linked to a local hospital (file image)

The cases were first reported on Sunday, and health officials say 140,000 employees, patients and personnel linked to the hospital have already been tested.

The outbreak was detected immediately after the ‘Golden Week’ holiday, when hundreds of millions travelled across China, leading to fears the infections could have spread beyond the city.

The city of Jinan, which is close to Qingdao, has asked everyone who visited since September 23 to get tested.

Testing in Qingdao is being carried out at makeshift medical centres around the city, which are operating between 7am and 11pm.

A spokesman for local authorities said the country now has a policy of mass-testing cities were a cluster of infections is reported, even if the cluster appears minor.

In June, large areas of the capital Beijing were subject to mass tests after the city of more than 20 million detected virus cases linked to a food market.

And the city of Wuhan, which has a population of 11million and is where the virus first originated, was tested in 19 days back in June after a cluster of infections there. 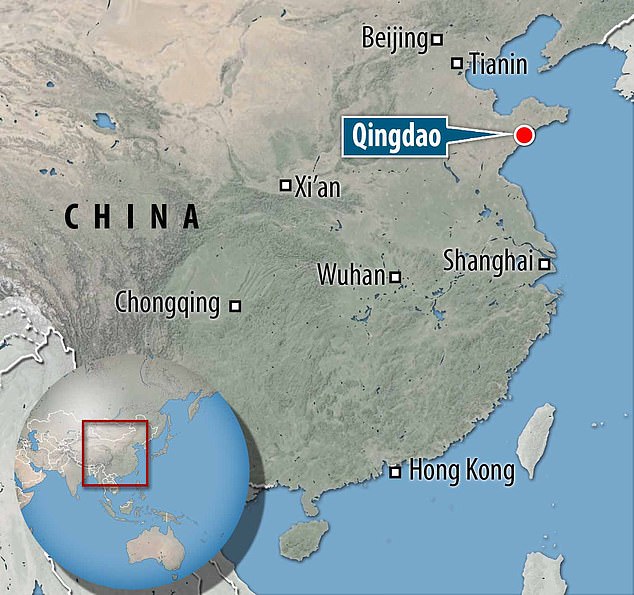 The infections were detected in Qingdao just after the Golden Week holiday when hundreds of millions of Chinese travel, leading to fears the disease could have spread

Authorities in Beijing claim to have brought the virus largely under control, using widespread lockdowns and mass testing to eliminate cases.

The country claims to have suffered just 90,000 cases of the virus and less than 5,000 deaths.

The US has also suffered a record-breaking economic slowdown due to the virus, which saw GDP fall almost 33 per cent during lockdowns earlier in the year.

China’s economy also shrank during the lockdown, by almost 7 per cent, though has now returned to growth and is expected to grow overall in 2020.

Beijing is also desperate to be first to conjure up a coronavirus vaccine, with several companies in final-stage trials.

Although unproven, vaccines have already been administered to hundreds of thousands of key workers and soldiers.