China filed a patent for a drug seen as one of the best potential weapons against coronavirus the day after it confirmed human transmission of the disease.

The revelation that it moved so fast fuels concerns about a cover-up of the pandemic when it erupted in Wuhan last year, and suggests that China’s understanding of the virus was far advanced from the impression given by its public stance.

‘It is quite clear there is an awful lot that we don’t know about the emergence of this disease and the responses to it,’ he said. ‘We all need to learn the lessons of the outbreak so the international community can respond better in the future.’

China’s Communist Party leaders face accusations that they suppressed data, blocked public health teams from investigating, silenced doctors seeking to warn the world about the epidemic and delayed admitting there was human transmission. 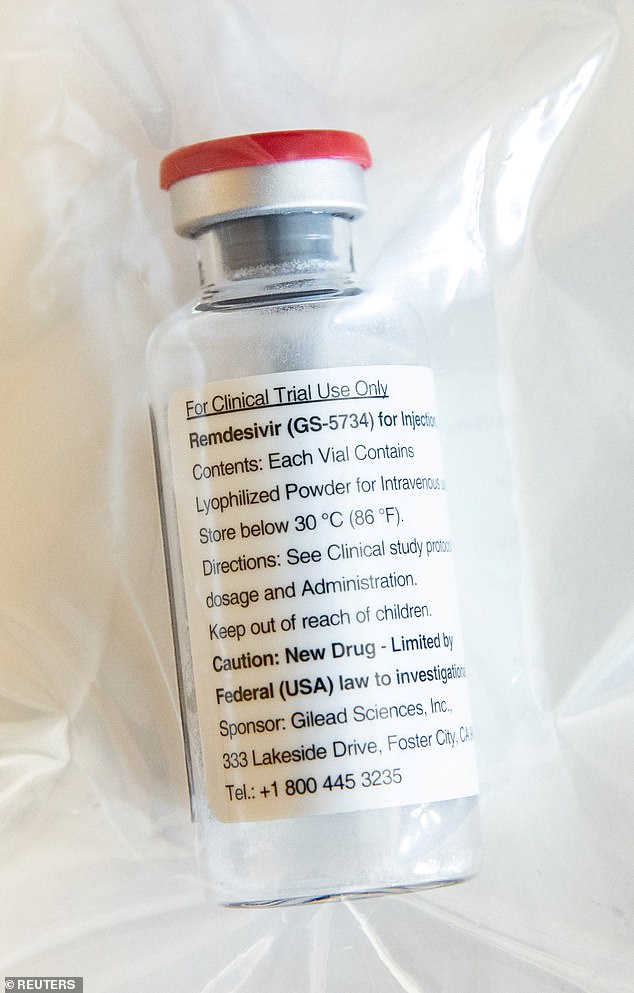 On January 21, a patent for commercial use of Remdesivir – a drug initially created by an American pharmaceutical firm to fight ebola – was filed in China (file photo)

The contagious nature of the virus was confirmed by President Xi Jinping on January 20. Leaked documents have shown that even after officials knew they faced an epidemic, they delayed warning the public for six days.

On January 21, a patent for commercial use of Remdesivir – a drug initially created by an American pharmaceutical firm to fight ebola – was filed in China.

The application was made by Wuhan Institute of Virology, the top-secret bio-laboratory at the centre of concerns about a possible leak of the disease from its research on bats, and the country’s Military Medicine Institute.

The move was described as ‘provocative’ by one website specialising in clinical research.

Gilead, the California-based developer of the drug, says it filed its own global applications for Remdesivir’s use against coronavirus four years ago. Countries, firms and scientists around the world are collaborating in the race to find effective treatments and vaccines.

The winners will derive immense prestige – and would boost China’s narrative that its response deserves praise, not opprobrium.

Gilead said it was aware of the Chinese move but had no influence over the patent office’s decision and could not comment since precise details of the application would not be published until next year. ‘Our focus at this time is on rapidly determining the potential for Remdesivir as a treatment for Covid-19 and accelerating manufacturing in anticipation of potential future supply needs,’ a spokesman added.

The drug, hailed as ‘promising’ by US President Donald Trump after anecdotal reports that it had helped some patients, is already being given to certain coronavirus cases on compassionate grounds. 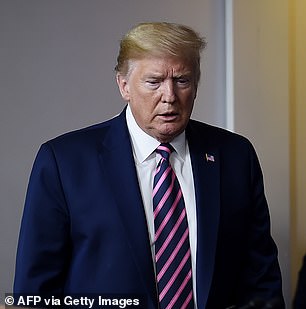 The drug, hailed as ‘promising’ by US President Donald Trump after anecdotal reports that it had helped some patients, is already being given to certain coronavirus cases on compassionate grounds (file photo)

Stocks are in such short supply that it could not be included in the world’s biggest trial of possible treatments being run by Oxford University. One leading US epidemiologist said it offered ‘hope’ but ‘won’t likely be a home-run drug’. This was underlined last week by leaked results of an initial trial in China that raised concerns.

But Gilead argued this study was stopped due to low patient enrolment and said results of a major US government trial would be released next month. This study is designed to show if Remdesivir, when given to patients with a range of disease severity, improves outcomes such as length of hospital stay, need for mechanical ventilation and survival rates.

Professor Martin Landray, a leader of the Oxford study, said doctors would probably end up with a range of drugs to fight the virus, adding: ‘It is unlikely we will get a wonder drug that will knock out the infection.’

He added: ‘Even if you find a drug that reduces the death rate by one fifth, that would have meant we would have been able to save about 4,000 lives already in Britain.’