Close Putin ally is struck down 'by coronavirus':

Close Putin ally is struck down ‘by coronavirus’: Chechen leader Ramzan Kadyrov is flown to hospital ‘with 50% damage to his lungs’

One of Vladimir Putin’s closest allies has been urgently flown to Moscow with suspected coronavirus, say reports.

The feared Chechen strongman Ramzan Kadyrov has 50 per cent damage to his lungs, according to one account.

Kadyrov, 43, has been called the son Putin never had – but is portrayed by critics as a deeply divisive figure. 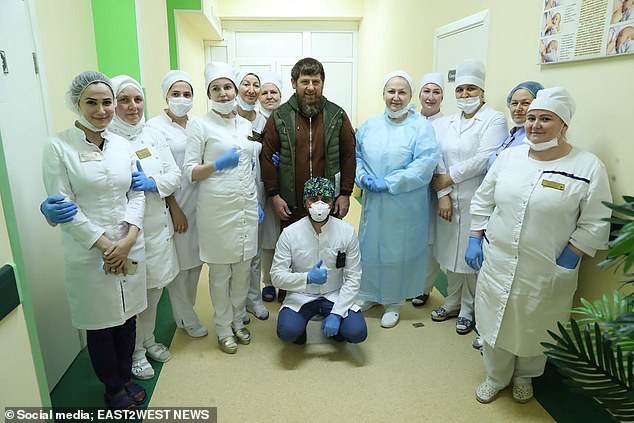 Officially he has a respiratory infection but reports in Russia say he is suspected of suffering from coronavirus. 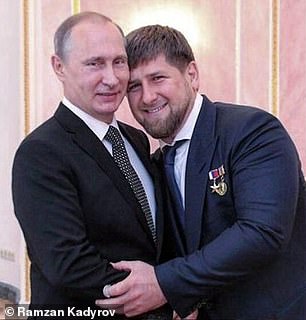 Kadyrov, 43, (right) has been called the son Vladimir Putin (left) never had

The father of twelve was rushed to Moscow from his regional capital Grozny and is now believed to be in an elite Kremlin clinic.

More than 50 per cent of his lungs are damaged, according to Readovka Telegram channel.

Only days ago doctors in his oil-rich republic who complained about PPE shortage were forced to go on TV to retract their statements as a ‘mistake’ and apologise.

He threatened to fire the critical medics in his mainly Muslim fiefdom.

Earlier he claimed people who flout coronavirus quarantine should be punished with death, calling them ‘a million times worse than terrorists’. 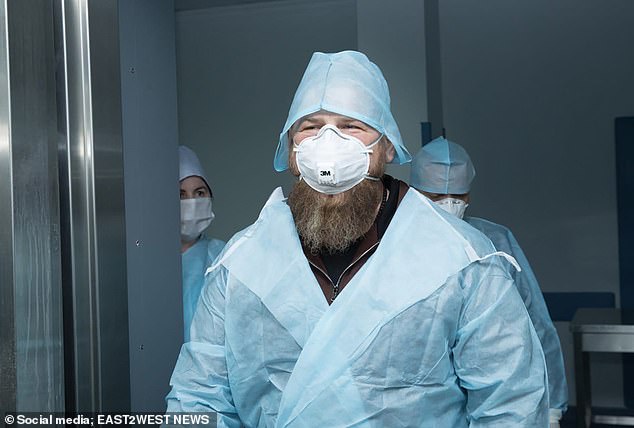 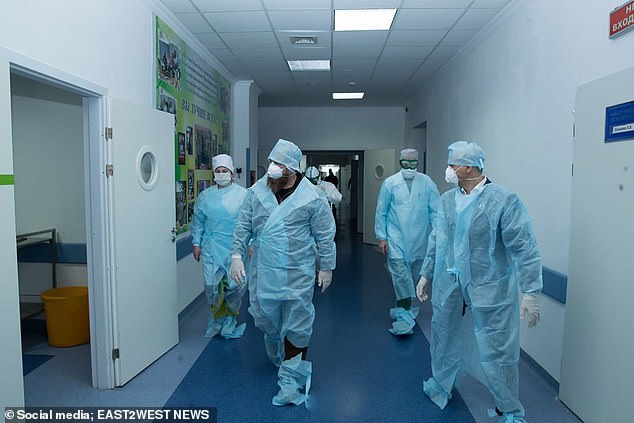 Kadyrov (centre left) together with the Minister of Health of the Chechen Republic Elkhan Suleymanov, visited the Republican Clinical Hospital 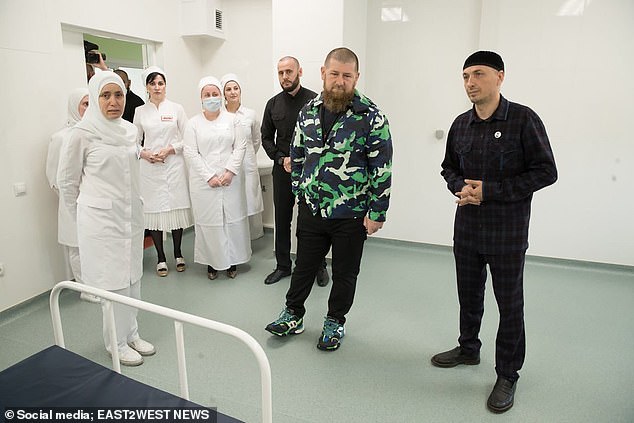 Kadyrov criticised people returning to his region from Mecca in March.

‘If you ask my opinion, anyone who creates this problem for himself should be killed,’ he said.

Kadryov has claimed that he and his health minister Elkhan Suleimanov had already contracted Covid-19 in February. 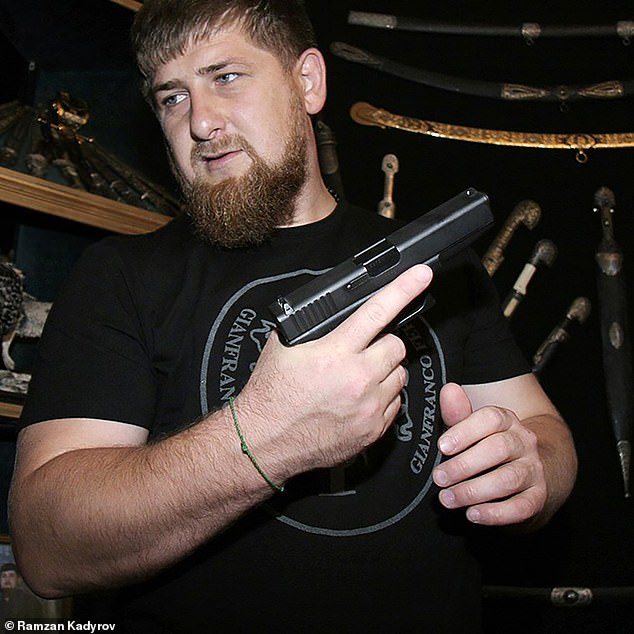 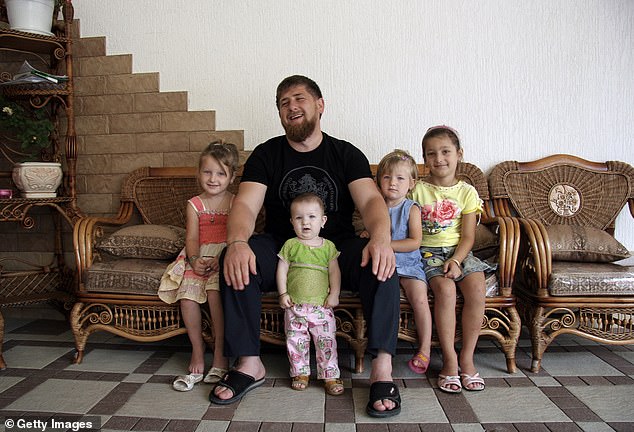 Kadyrov is suspected in the West of ordering a string of extra-judicial killings outside Russia, accusations he strongly denies.

He is also accused of human rights abuses against his political opponents and gay activists.

Supporters say he has brought order to his region in southern Russia.

There was no immediate comment from his administration on the reports he had been flown to Moscow.