Vasts areas of national forest from areas west of Denver all the way to the Wyoming border are closed Wednesday as Colorado faces historic wildfires that may get worse due to windy weather.

The U.S. Forest Service said Tuesday that due to the "unprecedented and historic fire conditions," it was temporarily closing national forest lands in Clear Creek, Jefferson, Gilpin, Boulder and Larimer counties.

"The number of large fires and extreme fire behavior we are seeing on our Forests this year is historic," Forest Supervisor Monte Williams said in a statement. "These temporary closures are necessary to protect the public and our firefighters, and we will keep them in place until conditions improve and we are confident that the risk of new fire starts has decreased."

The closures went into effect at midnight on Tuesday and will be re-evaluated daily as conditions change.

Officials said that new fires and the "explosive growth" of existing blazes across northern Colorado — such as the Cameron Peak, CalWood and Lefthand Canyon Fires — led to the decision. 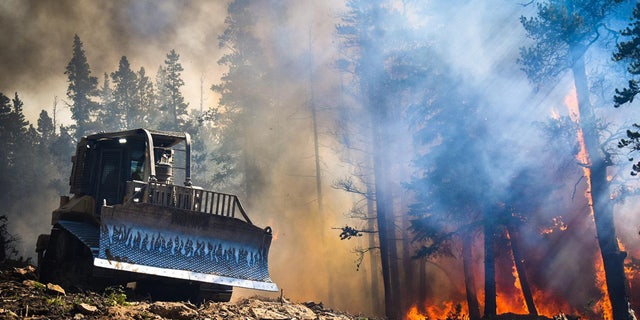 The Cameron Peak fire has burned over 206,009 acres and is the largest in Colorado state history.
(US Forest Service/InciWeb)

The Cameron Peak Fire is the largest in state history, burning over 205,000 acres after starting on Aug. 13. It is 52% contained.

Officials said the impacted counties are currently experiencing a "severe drought," with a high occurrence of human-caused wildfires and limited capacity for the response due to multiple ongoing blazes. 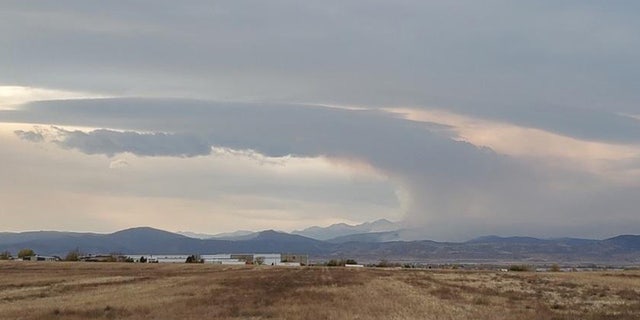 The Cameron Peak fire has burned over 206,009 acres and is the largest in Colorado state history.
(US Forest Service/InciWeb)

Nearly 442,000 acres of land are currently affected by wildfires burning across central Colorado and southern Wyoming. About 3,000 firefighters and fire support personnel have been assigned to wildfire operations in the region. 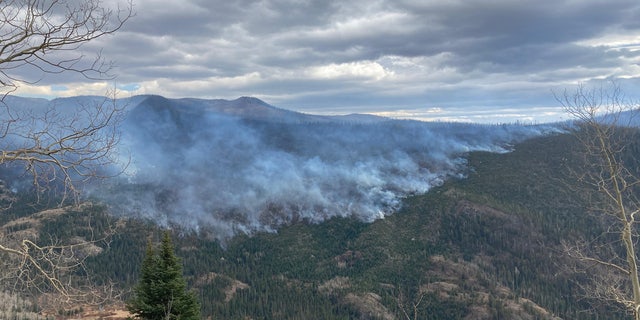 The Middle Fork Fire has burned 20,033 acres and is only 1% contained.
(US Forest Service/InciWeb)

The forest service said the closures are intended to support fire suppression efforts involving the three blazes and to prevent new fires that would stretch firefighting crews even further.

"I ask all of our local residents and visitors to take these closures and evacuations seriously to allow our firefighters to focus on the mission of safely suppressing the existing fires," Williams said.

A reminder of the dangerous conditions in the area came again on Monday when helicopters rescued 23 hikers and three dogs from the San Juan National Forest.

The Ice Fire Broke out Monday in Colorado's southwest corner and quickly grew to over 500 acres.

Another fire that has burned dozens of homes near Boulder has burned 9,845 acres and is only 21% contained, according to officials. Boulder County officials said the CalWood Fire has damaged or destroyed at least 26 properties, with at least 20 homes a "total loss." 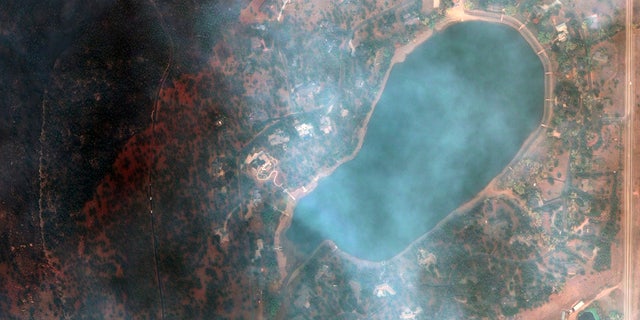 This satellite image provided by Maxar Technologies shows a natural color photo of the Lake of the Pines neighborhood and Allens Lake, Tuesday, Oct. 20, 2020, after the CalWood Fire burned through the area, west of Longmont, Colo., in Boulder County.
(Maxar Technologies via AP)

Some 3,000 people remain under evacuation orders and are still fearful for their homes.

None of the evacuees are being allowed home yet because of the expected dangerous winds in the area.

The Boulder County Sheriff’s Office told FOX31 it is working on a re-entry plan that may allow some evacuees to return in phases as early as Thursday. 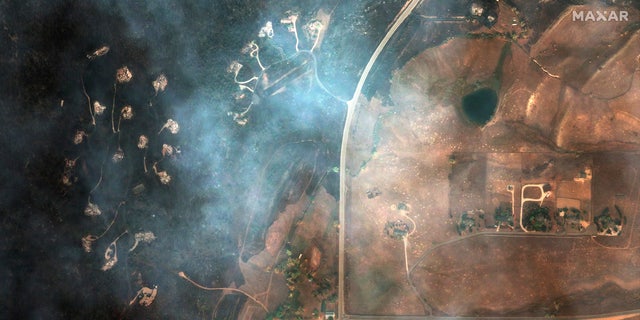 The investigation into the cause of the Calwood and nearby Left Hand Canyon fires continues.

The Boulder County Sheriff says it's likely both fires are human-caused, but arson is not suspected.

Critical fire weather conditions are expected to develop on Wednesday across Colorado's Front Range, which may fan the flames even more.

A red flag warning is in place for the area as west winds gusting up to 50 mph and low humidity will create "very high fire danger."

Dry and windy conditions may contribute to rapid fire spread in areas along the Front Range.