POLICE have released an e-fit in the hunt for a twisted pervert who flashed a woman after the Sarah Everard vigil on Clapham Common.

A man, thought to be aged in his 50s, indecently exposed himself on March 13 as the woman was making her way home from the event. 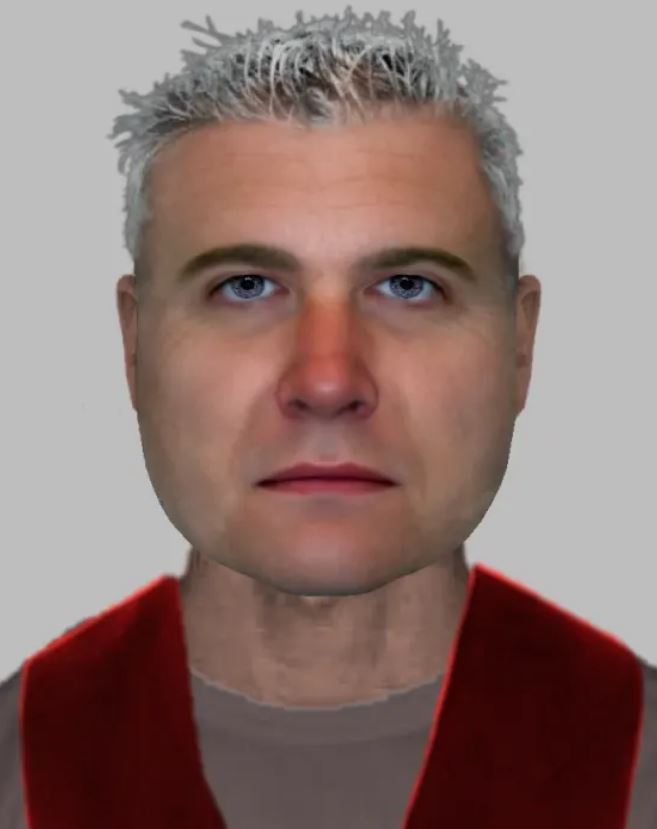 The flashing happened on Clapham Common – on the same night as people gathered in memory of Sarah Everard.

Cops say that they "cannot discount" that there may have been other incidents of the same nature around the same area.

The woman was walking on Clapham Common Southside at 8pm, close to the junction with Windmill Drive,when a man exposed himself to her.

The man is described as white, aged around 50 years old, around 5ft 6in tall with grey hair.

He was wearing a bright red waistcoat or vest over a shirt and light-coloured trousers.

Detective Constable Luke Flood, from the Central South Command Unit which polices Lambeth, said: “I am appealing to anyone who was in the area or who can help identify this man involved to contact police.

"Clapham Common was extremely busy on that Saturday evening with people attending a vigil.

"Many people would have been filming or taking pictures and I would ask them to check any material they captured to see if they can identify the man described.

“We also cannot discount that there may have been other incidents of this nature in and around the Clapham Common area.

"I would urge anyone who has any information to get in contact.

“An incident of indecent exposure can be an extremely distressing offence for those who witness it and it is one police take very seriously.

"Officers have spoken to the victim in this case to offer her support and ensure she is kept updated with the progress of the investigation.” 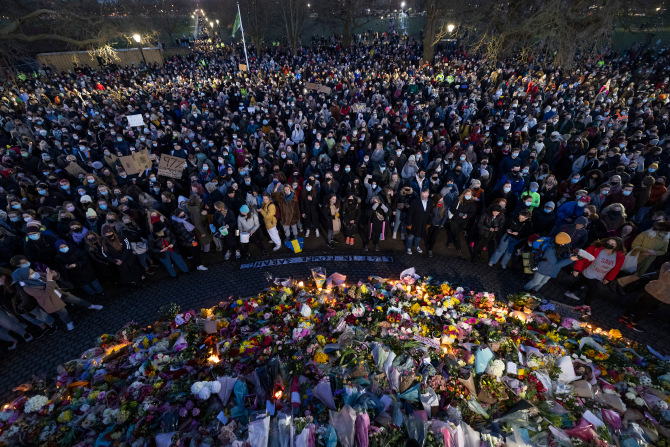 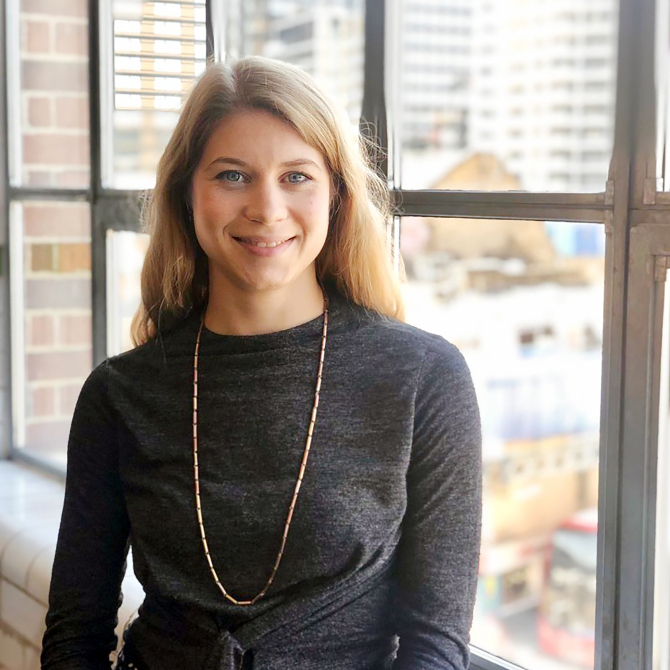 Earlier the victim – named Georgina- told how she reported the incident to police at the time because they happened to be nearby.

But when a female officer said she would investigate, her male colleague interjected, telling Georgina he "didn't want to deal with it".

Georgina, 27, told Good Morning Britain last week: "As I headed home, there was a man who was quite incoherent, he had his genitalia out as I tried to walk past him, I felt really uncomfortable."

She added: “I was shocked and disgusted, I thought this is why we are here, why would you say this? I was quite emotional and distraught. If you can't go to police when this happens what can you do?”

Speaking of the moment she spoke to police, she said: "At the very least, had I been walked to a better lit area, I would have accepted that. A female police officer said they would go check it out, but the male did interject. 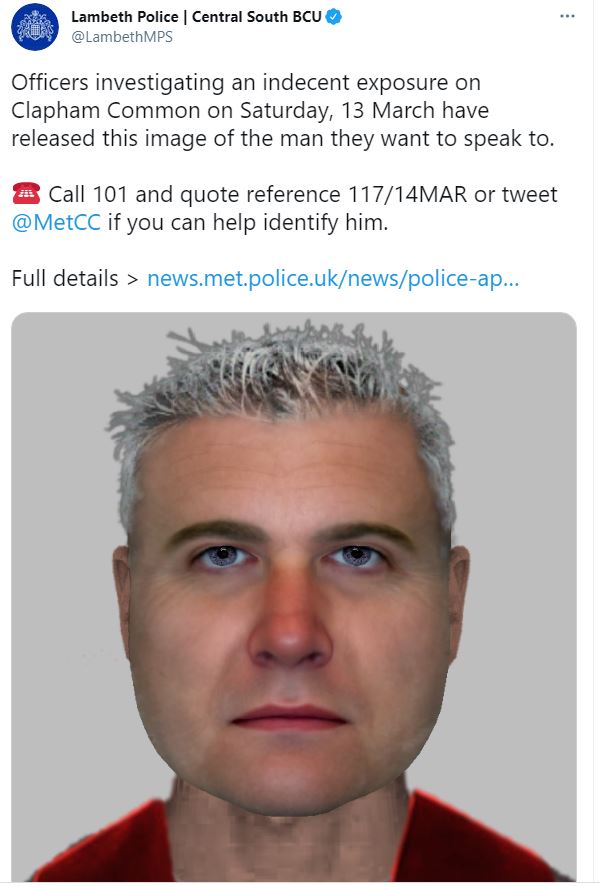 She later lodged a complaint with the Met after attempting to report the incident to officers at the scene of the vigil.

A spokeswoman for the force said: "The woman attempted to report the incident to officers who were at Clapham Common as part of the policing operation for the vigil.

"A complaint was received by the Met's Directorate of Professional Standards. This was resolved to the satisfaction of the complainant."

Georgina had told The Sun that she had been walking towards the south side of Clapham Common around 8pm when she saw the man.

She said: “There was a short white man in his 50s and I noticed him because he was flailing about and leaning over a railing.

“I was just trying to get past him and that’s when I noticed his genitals were out. He was waving himself about.

“I walked past and I could see there was a ton of police near the Windmill Pub. This isn’t the first time that this has happened in Clapham so I thought, this is great, I can go straight to tell the police about it."

Anyone who can assist police is asked to contact 101 or tweet @MetCC and quote CAD117/14MAR. Alternatively, information can be provided to Crimestoppers, anonymously, on 0800 555 111.