Jeremy Corbyn has been accused of a ‘backseat driving’ bid to undermine Sir Keir Starmer by implying his successor was botching Labour’s response to the virus crisis.

The ex-party leader sparked fury among Starmer loyalists by appearing to signal he was wrong to keep pressing Prime Minister Boris Johnson and his Ministers over how the country will get out of the lockdown.

In an interview released last week, Mr Corbyn – who stood down just one month ago – said: ‘I would be very cautious about getting into too much discussion of an exit strategy. We haven’t dealt with coronavirus yet.’

But allies of the new leader took the remark to be an attack on him, accusing Mr Corbyn of ‘adjustment issues’ over failing to realise he was no longer the party leader and making ‘backseat driver’ swipes at his successor. 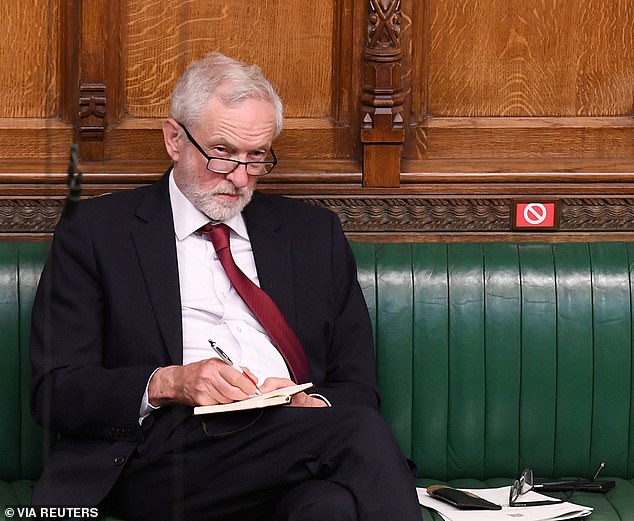 One said: ‘Corbyn has nothing to pass on to Starmer except bad advice, an incompetent team and an eighty-seat Tory majority.’

From the moment he took over as leader, Sir Keir has repeatedly pressed the Government over the need to set out what the exit strategy is for coming out of the lockdown – while broadly supporting the restrictions to control the virus.

Only last weekend, he called on the Government to have an ‘adult conversation’ with the public and start revealing its plans for relaxing the controls.

At Prime Minister’s Questions last week, he said that was ‘crucial’ to keeping people’s trust.

However, in an interview with the Evening Standard, Sir Keir declined to say the Government had been negligent or incompetent in its virus response, saying instead ‘they have been slow at every turn’.

That fuelled Left-wing MPs’ concerns that Sir Keir was being ‘too soft’ on Mr Johnson’s Government.

Some Starmer critics claimed that the interview given by Mr Corbyn last week showed that he would have been much tougher on the Tories if he had still been running the party.

Speaking to the Double Down News website, he mockingly referred to a meeting with the Prime Minister in the middle of March where Mr Johnson ‘was proudly telling me there were 5,000 tests a day going on and at that point, 40,000 people had been tested.

‘I pointed out there were 400,000 people working in the NHS; it was going to take quite a while before you even reached NHS staff, never mind the many other people who could be open to infection from coronavirus.’ 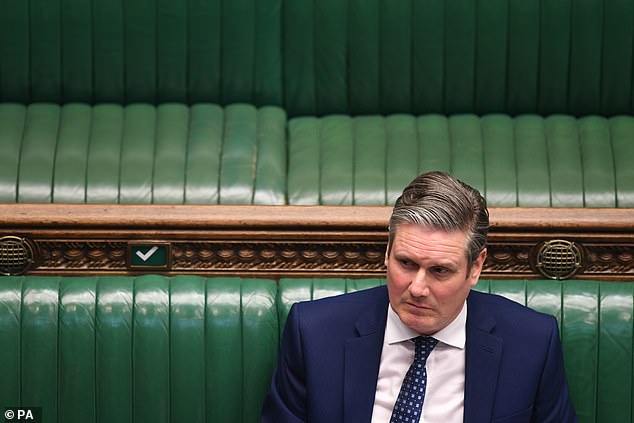 There were also complaints from the Left of the party yesterday over the failure of the new leadership to seize on the virus crisis as a moment to call for fundamental changes to the economy and society.

Jon Trickett, sacked from the Shadow Cabinet when Sir Keir took over, said the country was now ‘crying out for a longer-term vision’ but added: ‘Perhaps the leadership doesn’t feel now’s the right time to do that.’

Labour sources defended Sir Keir’s approach, saying it was ‘welcome’ that the Government now agreed with Labour on the need for an exit strategy.

A party source said: ‘The Government was slow to introduce the lockdown, slow to increase testing and slow to send out personal protective equipment. It’s imperative the Government is not slow in the next stage of tackling this virus.

‘It’s welcome the Government has now accepted this by agreeing with Labour on an exit strategy.’

Allies of Mr Corbyn denied he was trying to undermine his successor last night. One said: ‘I think Jeremy is doing what any responsible Labour MP should be doing at the moment and saying how we should respond to this unprecedented crisis.’