Covid-19 cases have increased in recent weeks with 35,700 people currently infected with the virus, data from the Office for National Statistics (ONS) has revealed.

Experts say there is now evidence that an increased number of people in England have been testing positive for the virus after taking nose and throat swab tests. 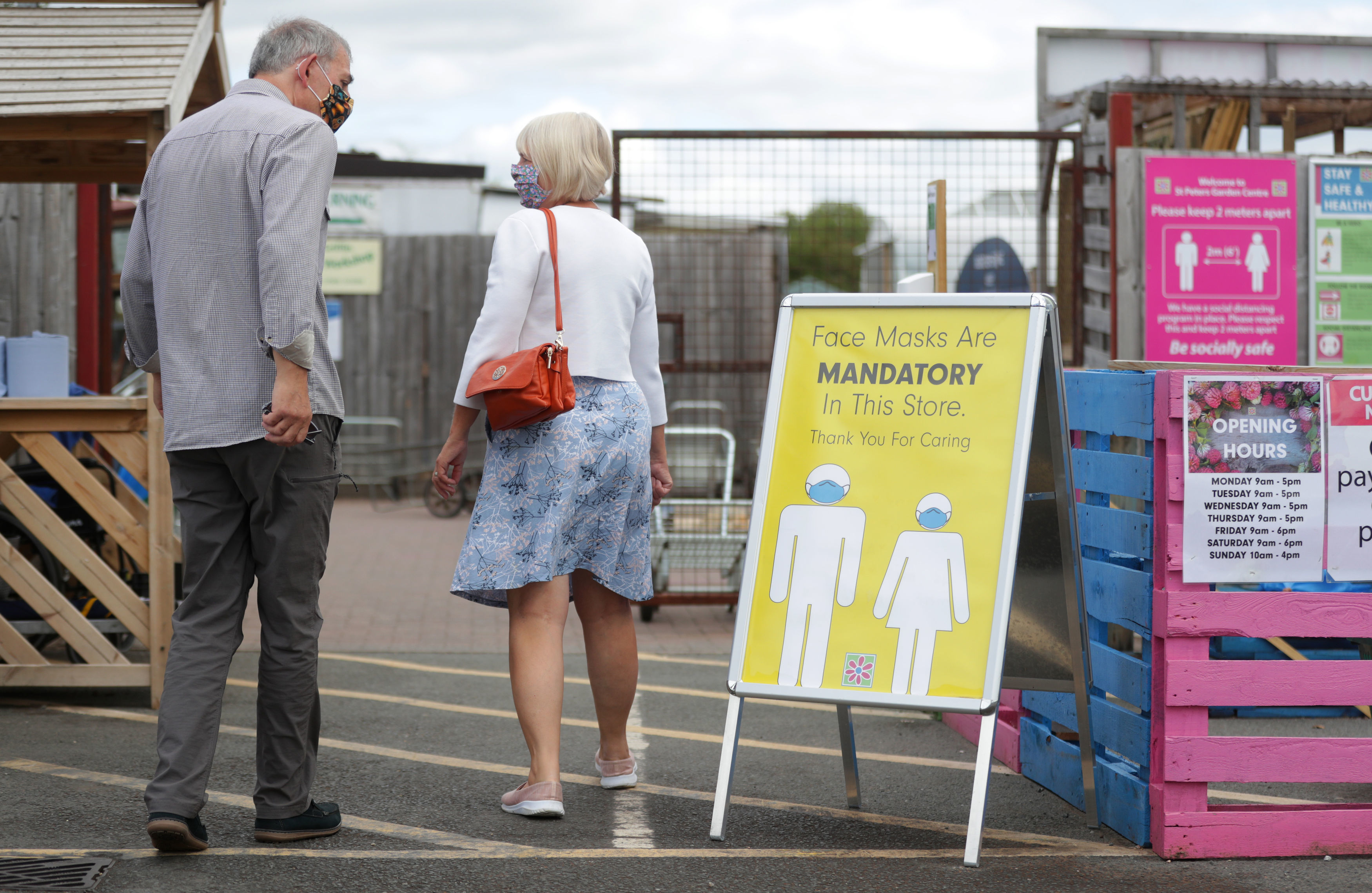 Over the last week the ONS states that there were around 0.78 new Covid infections for every 10,000 people.

Around 1 in 1,500 are thought to have the virus based on test results.

These figures refers to cases recorded in private households and do not take into account people who have the virus in hospital or care home settings.

"Our findings suggest that there is now some evidence to suggest that the incidence of new cases has increased in recent weeks, following a low point of 0.34 new infections per 10,000 people followed for one day (95% credible interval: 0.25 to 0.46) during the week from 15 to 21 June. 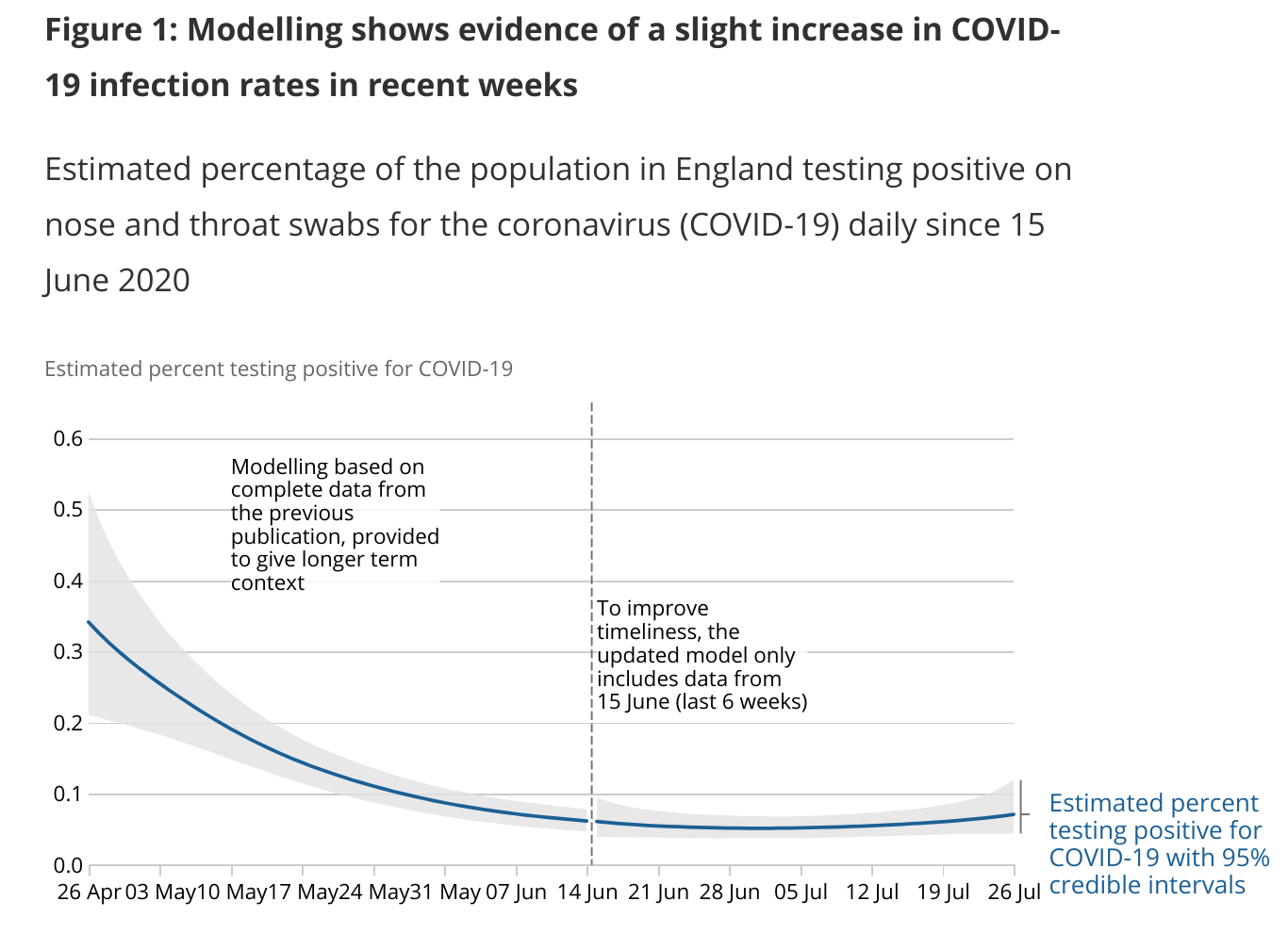 "This follows an initial decrease in the incidence rate between May 2020, when the study began, and June 2020."

Last night it was announced that several areas in the North of England would be banned from having visitors to their home.

But the ONS states that there is not enough evidence to suggest that there are differences in the percentage of people testing positive for the virus on a regional basis.

The report states: "Looking at trends over time, there is not enough evidence to say with confidence that Covid-19 infection rates have changed over the most recent six-week period in any region. 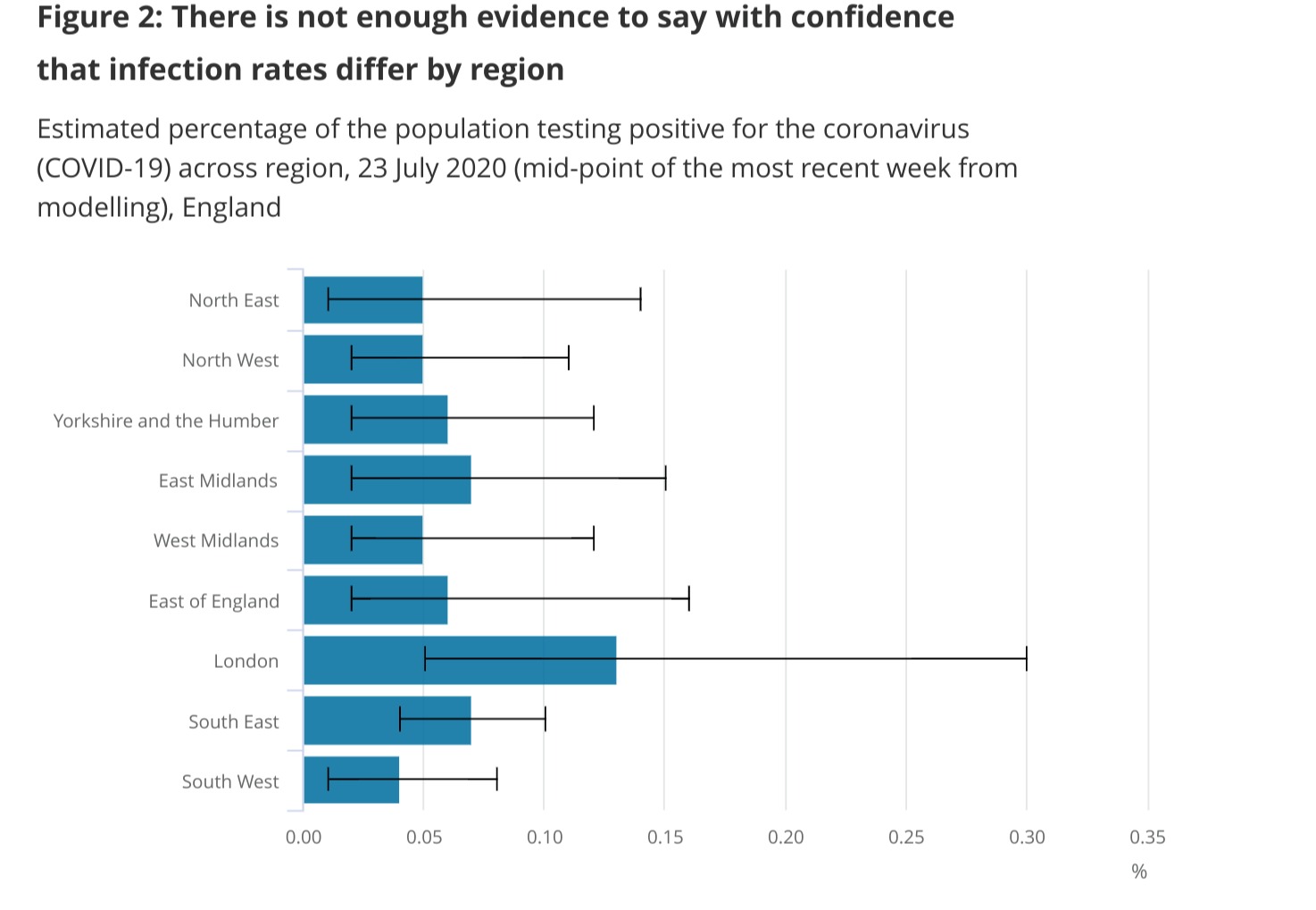 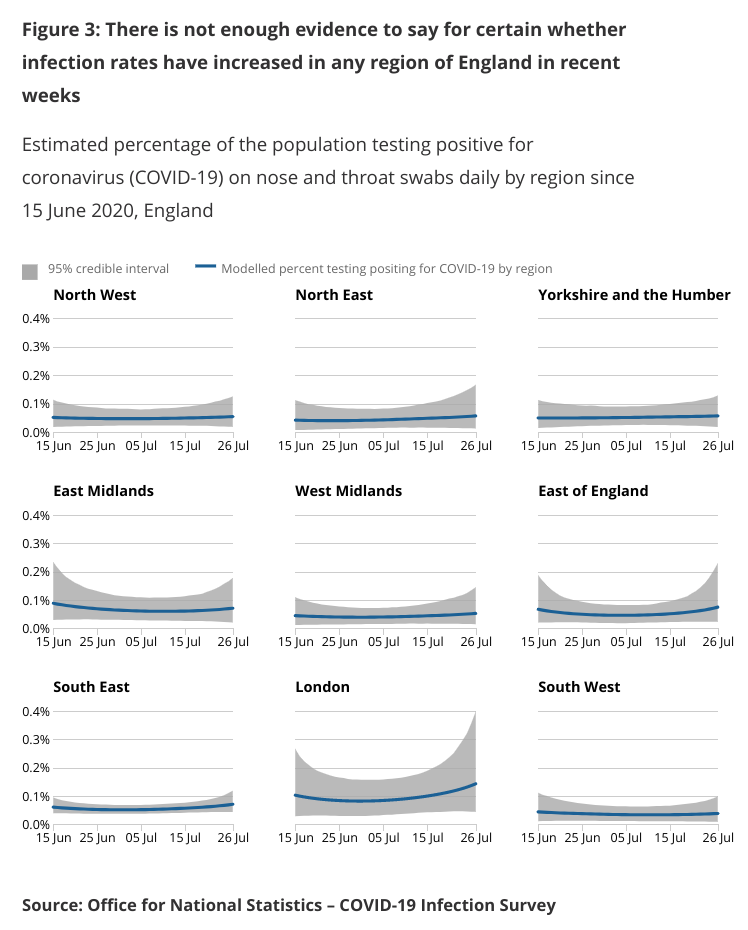 "There is some limited evidence that rates in London may have increased in recent weeks, however, because the credible intervals are wide we cannot be certain."

Looking specifically at antibody data and the ONS states that 6.2 per cent of people who have provided blood sample tests have tested positive for Covid-19 antibodies.

This equates to around 1 in 16 people.

Looking on a broader spectrum and the model estimates that around 2.8 million individuals in England would test positive for antibodies if they were to receive a test.

The ONS report states: "One way the body fights infections like COVID-19 is by producing small particles in the blood called antibodies.

"It takes between two and three weeks for the body to make enough antibodies to fight the infection but once a person recovers, antibodies remain in the blood at low levels, although these levels can decline over time to the point that tests can no longer detect them.

"Having low levels of antibodies can help to prevent individuals from getting the same infection again, although other parts of the immune system can also protect people."