Home » World News » Cottage that appeared on the Vicar of Dibley goes on sale for £795,000

Cottage that appeared on the Vicar of Dibley goes on sale for £795,000

Perfect for TV fans! Chocolate box cottage that appeared on Goodnight Mister Tom and the Vicar of Dibley goes on sale for £795,000

A chocolate box cottage that featured in TV’s Goodnight Mister Tom and The Vicar of Dibley has gone on the market for £795,000.

Sleepy Cottage is in the Buckinghamshire village of Turville, a popular filming location for its quintessential English village style.

It has been used by film crews for Midsomer Murders, Miss Marple and Killing Eve.

This three-bedroom property is next door to the church and the house that Dawn French’s character lived in in The Vicar of Dibley and was the home of John Thaw’s character in Goodnight Mister Tom, with the property used to film interior shots for both TV shows. 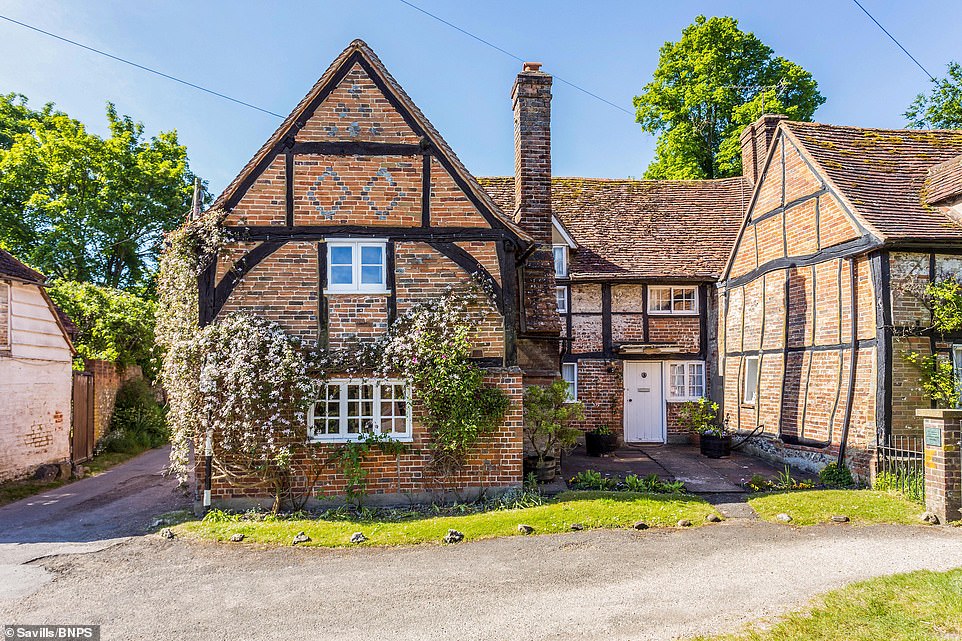 This charming chocolate box cottage, which featured in TV’s Goodnight Mister Tom and Vicar of Dibley, is on the market 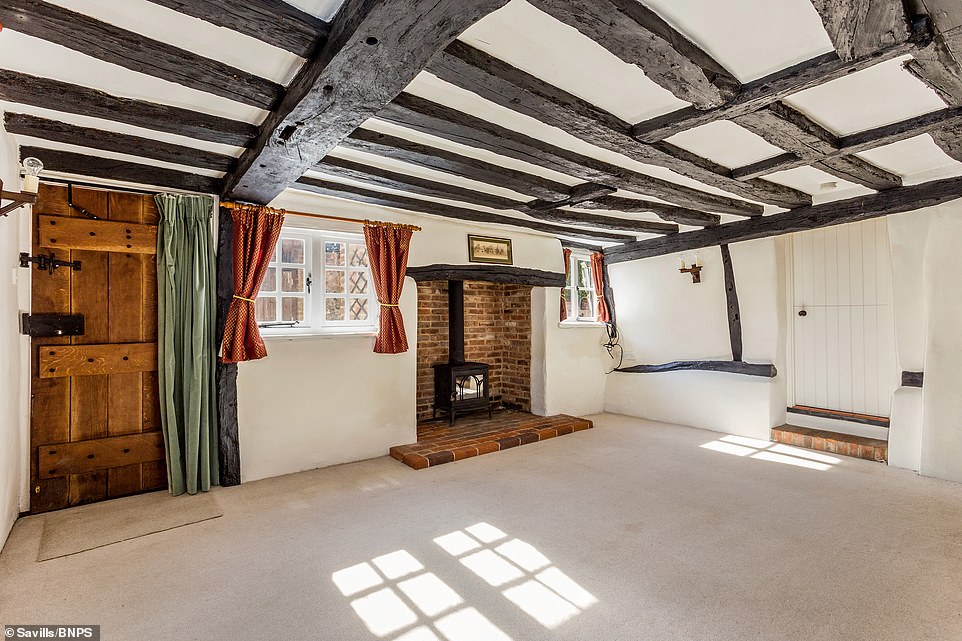 Sleepy Cottage, in Turville, Buckinghamshire, has hit the market this week at the price of £795,000, and features traditional wooden breams, several fireplaces with log burners and a classic wooden door 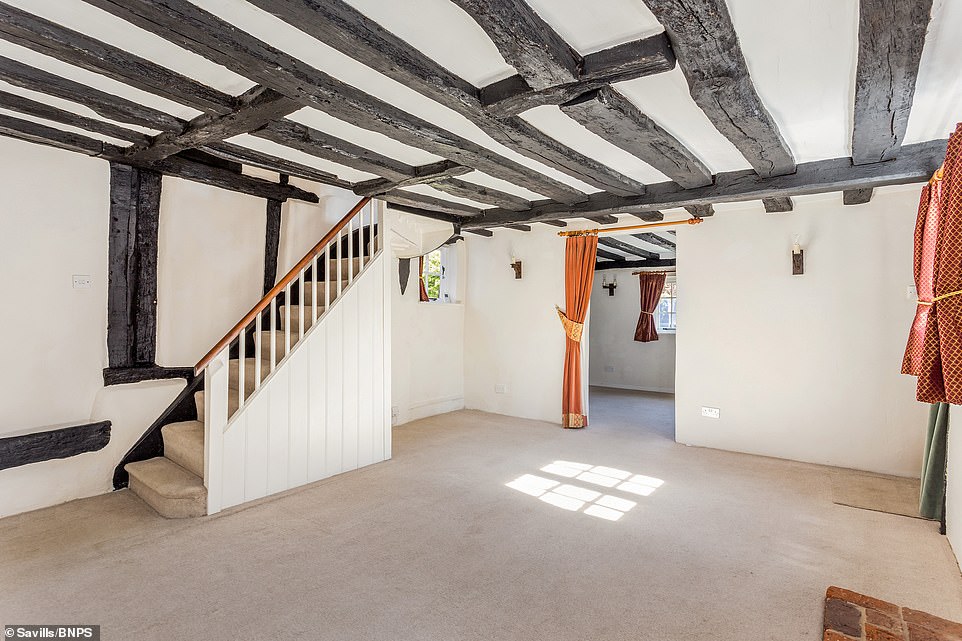 This downstairs living space features an array of classic wooden beams, a small set of stairs while a curtained doorway leads to the sitting room 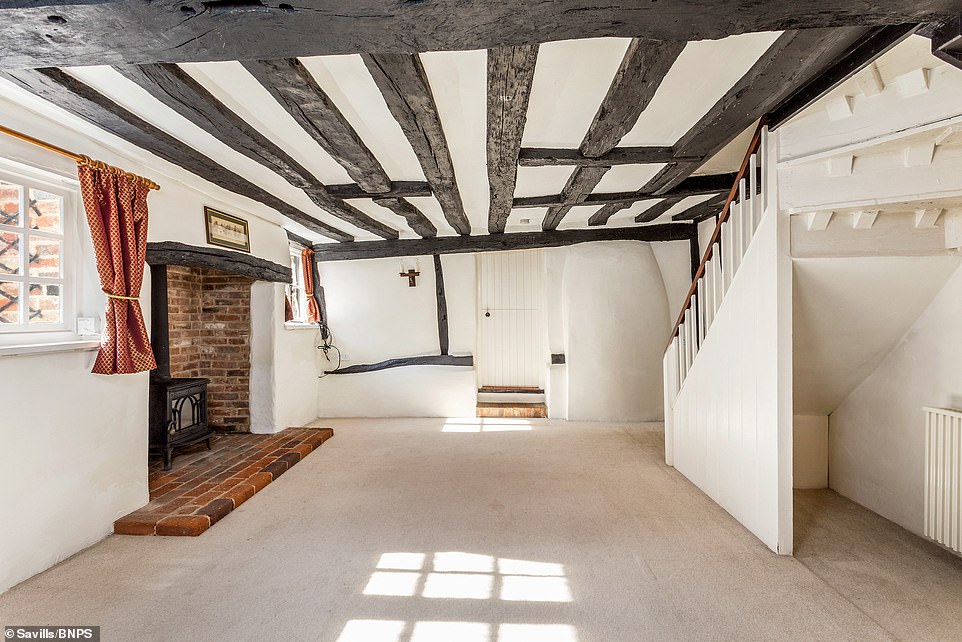 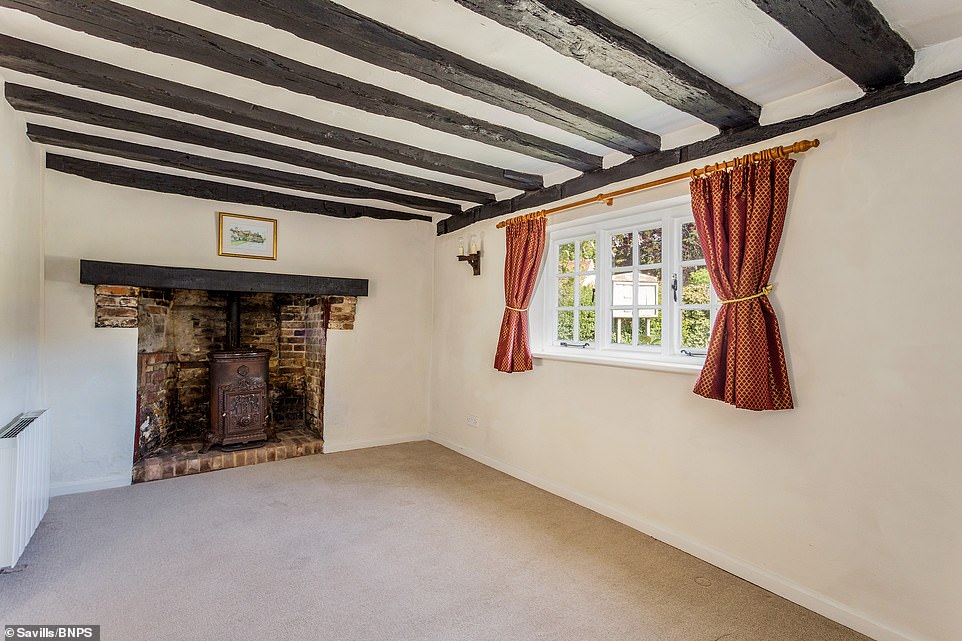 The sitting room has a second brick fireplace, with the smaller layout perfect for a cosy winter’s night in the village 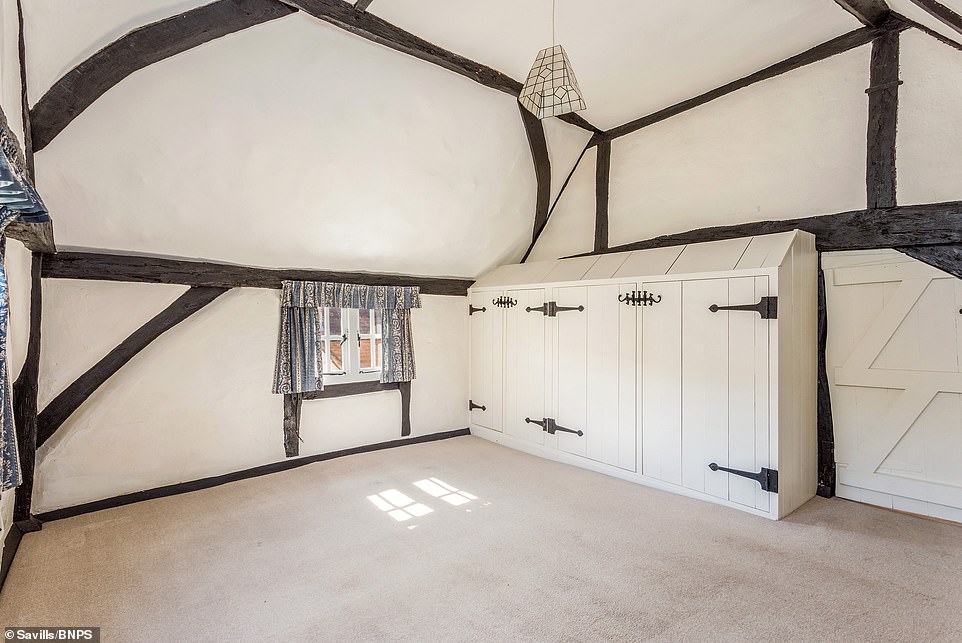 The cottage is surprisingly spacious, with this first floor living area containing rustic storage space and a charming window 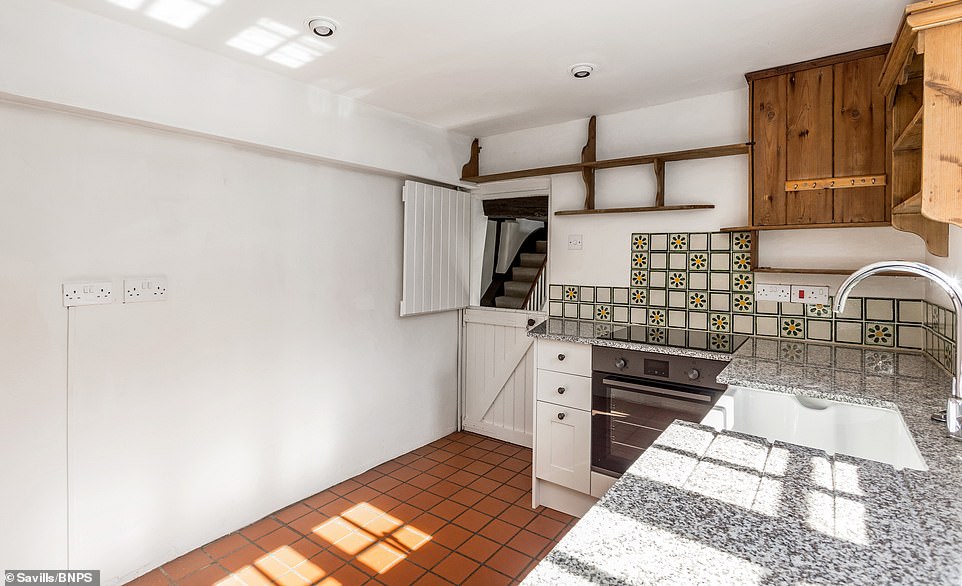 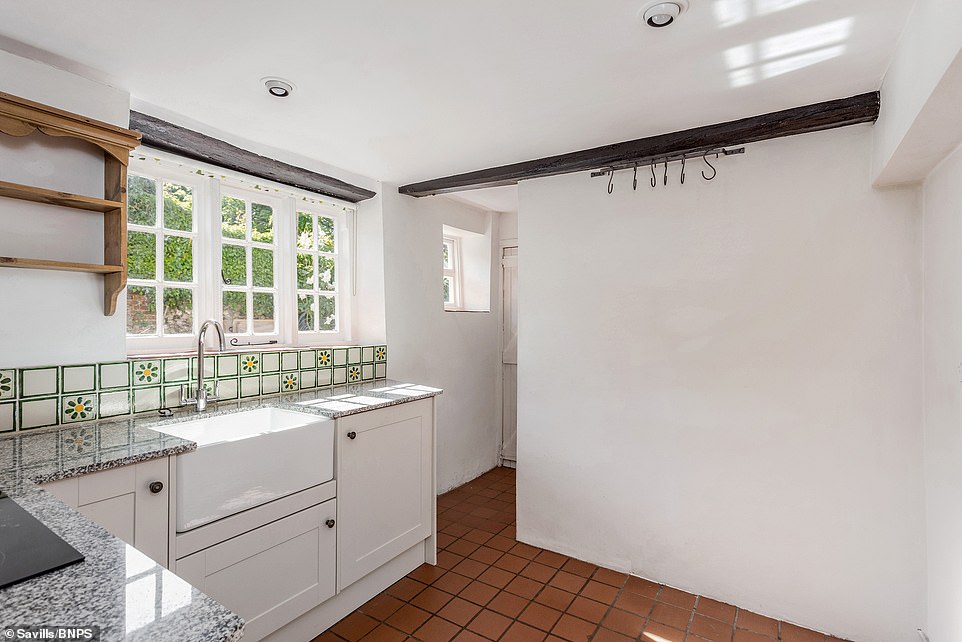 It also has a view of iconic Cobstone Windmill that appeared in Chitty Chitty Bang Bang as the home of Dick Van Dyke’s character Caractacus Potts.

The quaint cottage got its name from a legend of an 11-year-old girl who lived there in the 1870s known as the Sleeping Girl of Turville.

Ellen Sadler became a news story and tourist attraction when she purportedly fell into a deep sleep for nine years.

She was the youngest daughter of a large poor family of farm hands. She had suffered periods of drowsiness and spent weeks in hospital before she was declared ‘incurable’ and sent home to this cottage.

But within days of returning home, her mother said she suffered several seizures then fell into a deep sleep that they could not wake her up from.

Her case received international attention from newspapers, medical professionals and curious members of the public, many of whom made donations to the family to see her.

The future King Edward VII, then the Prince of Wales, is even said to have visited.

There was scepticism and speculation that her illness was either a hoax or caused by her mother, but the issue was never resolved. 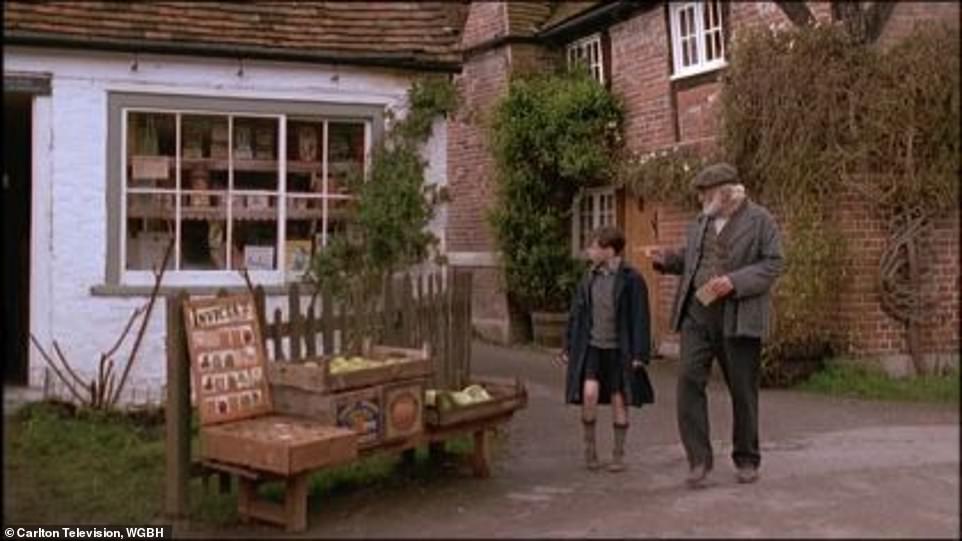 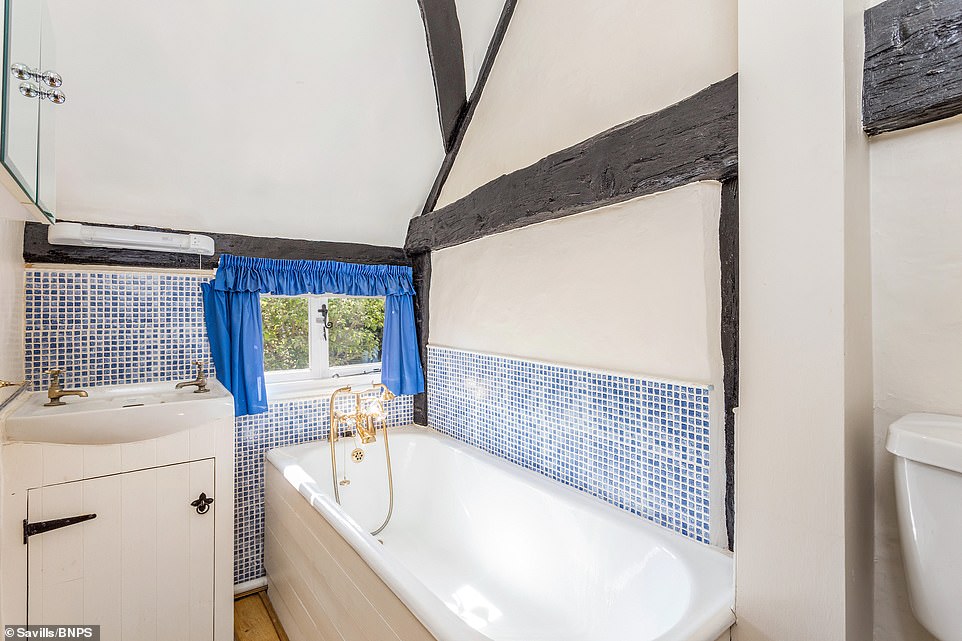 The bathroom retains some classic features with a charming cupboard, rustic wooden beams as well as a modern bathtub 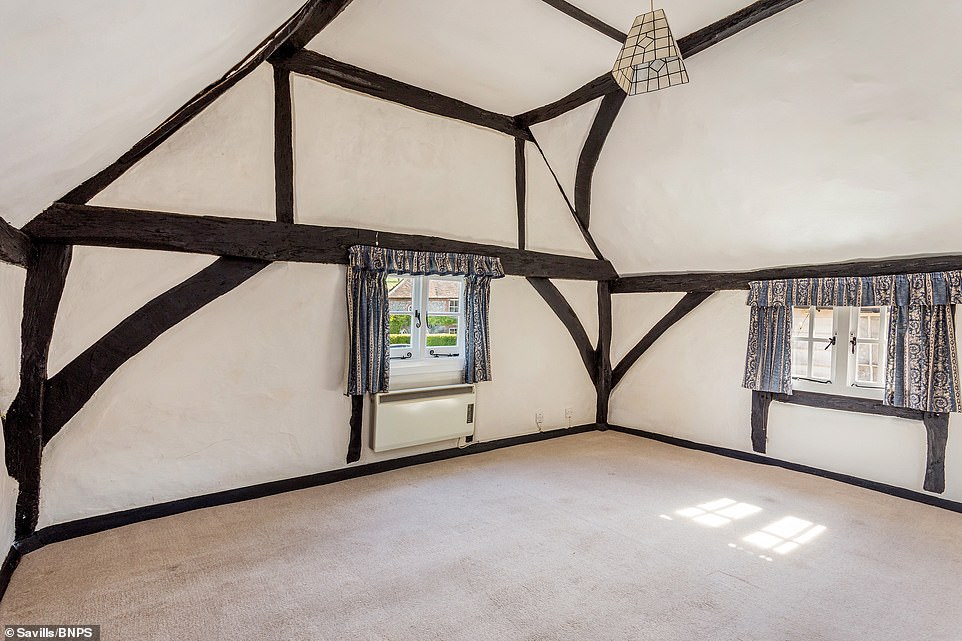 The rustic dark wooden beams are prominent in this first floor room, with plenty of sunshine making it a light space 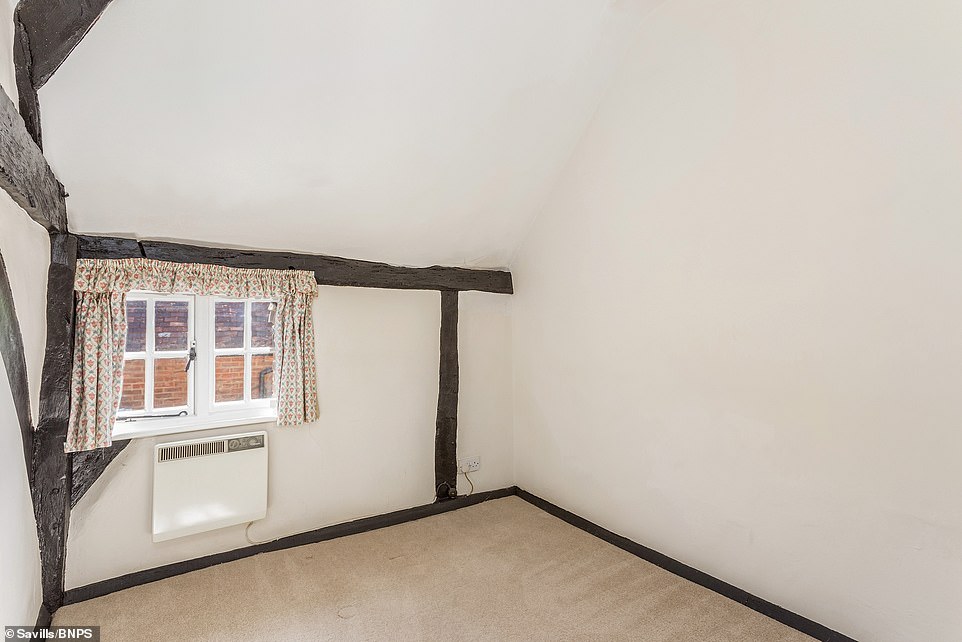 This bedroom is the room in which Ellen Sadler purportedly fell  into a nine-year deep sleep, causing worldwide media attention in the 1870s. Ellen, known as the Sleeping Girl of Tunville, is the inspiration for the cottage’s name 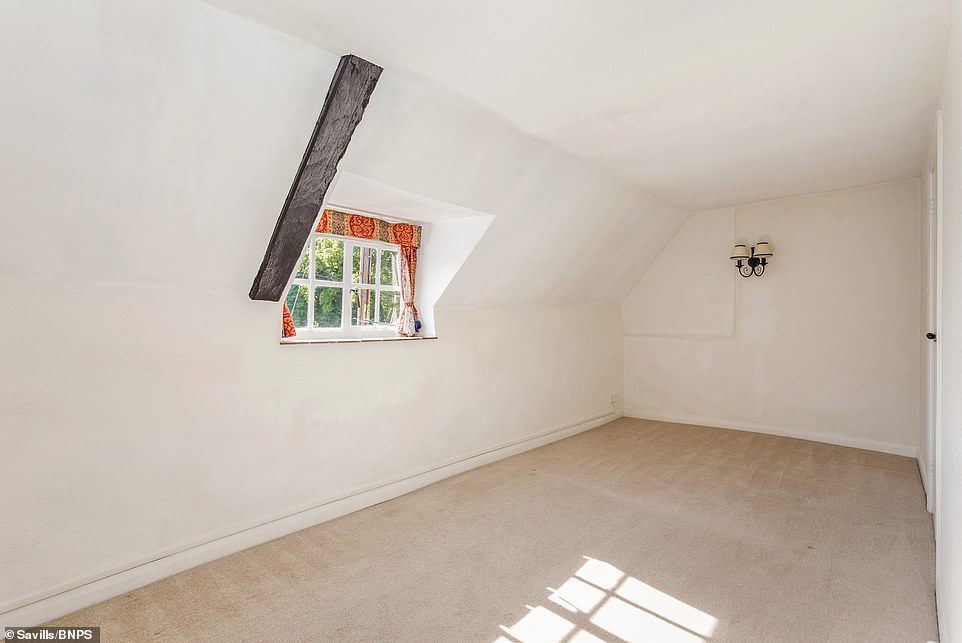 This is one of three bedrooms in the cottage, which also has two bathrooms, a kitchen, pantry, dining room and sitting room 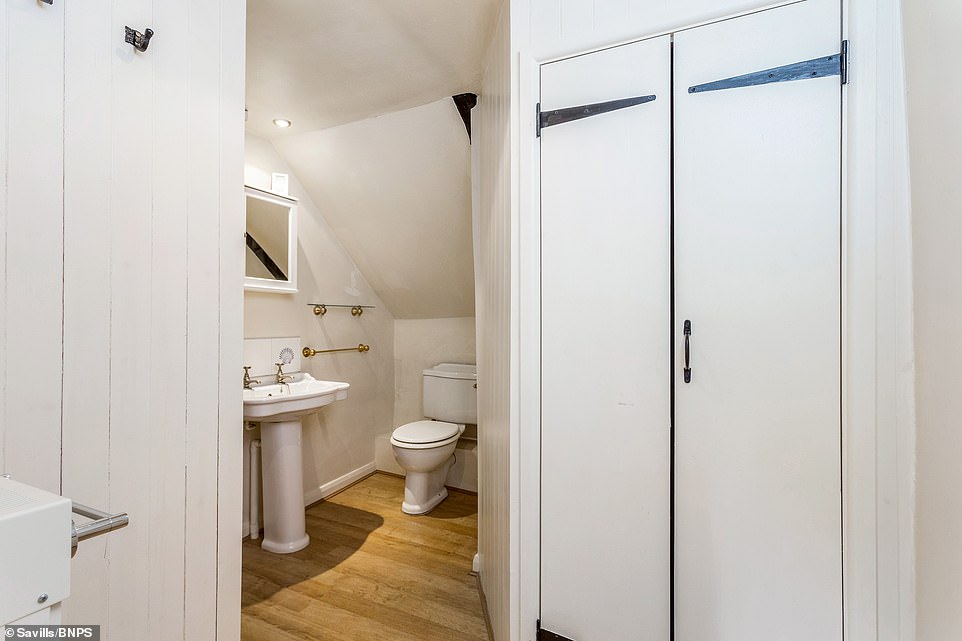 This small bathroom fits snuggly into the cosy cottage, with modern wooden flooring to accompany the white decor

Ellen woke up in 1880, soon after her mother’s death, and later married and had at least five children.

The current owner’s family have lived in the village since the 1950s and her father moved to Sleepy Cottage following her mother’s death in the 1990s and lived there until he died several years ago.

She and her husband still live in the village and have rented out Sleepy Cottage in recent years but have now decided to sell.

The cottage is in the centre of the village and has 1,101 sq ft of accommodation with a sitting room, dining room, kitchen and pantry, three bedrooms and two bathrooms.

The master bedroom has views over the village green, the local church and Cobstone Windmill.

The owner, who doesn’t want to be named, said: ‘It’s a delightful cottage and my father enjoyed many happy years here.

‘The property has been a huge part of our lives and we’ll be sad to say goodbye. But it will make someone a wonderful home. 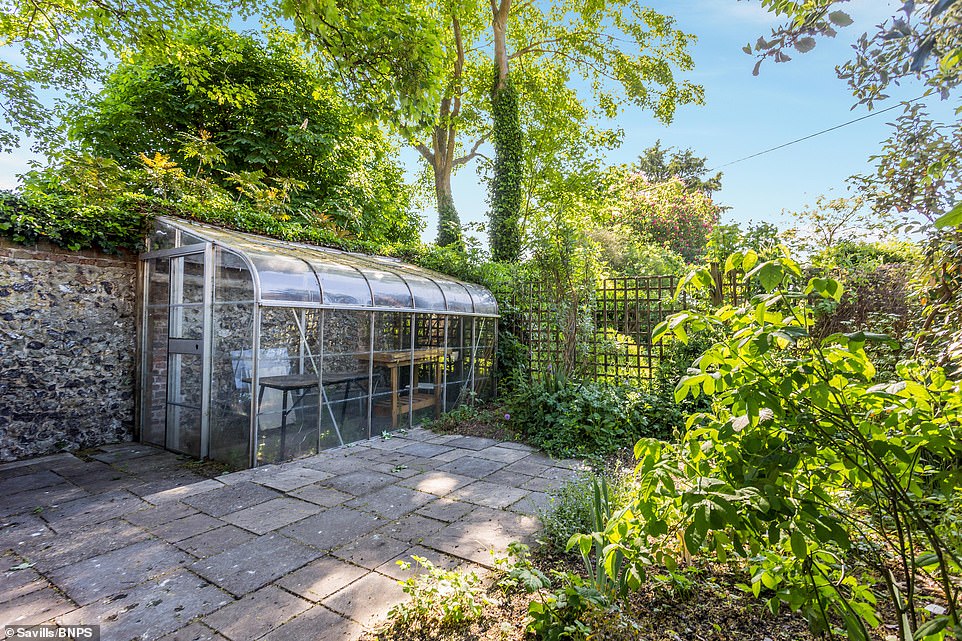 The cottage also has garden space out the back, with this patio area suitable for a drink on a lushous summer evening 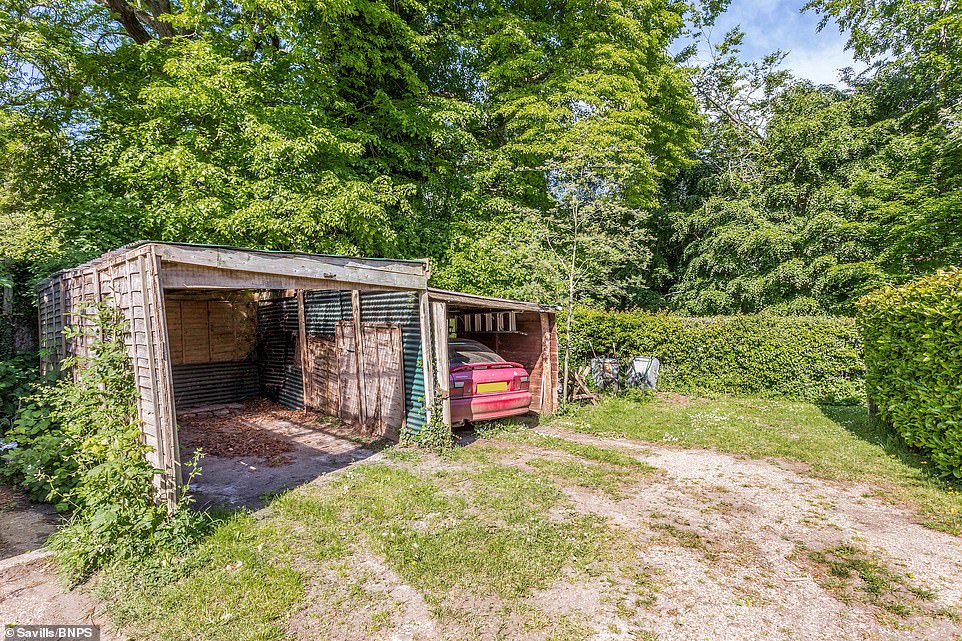 The garden also features parking space with two garages, as well as a seating area ideal for a summer barbecue with friends 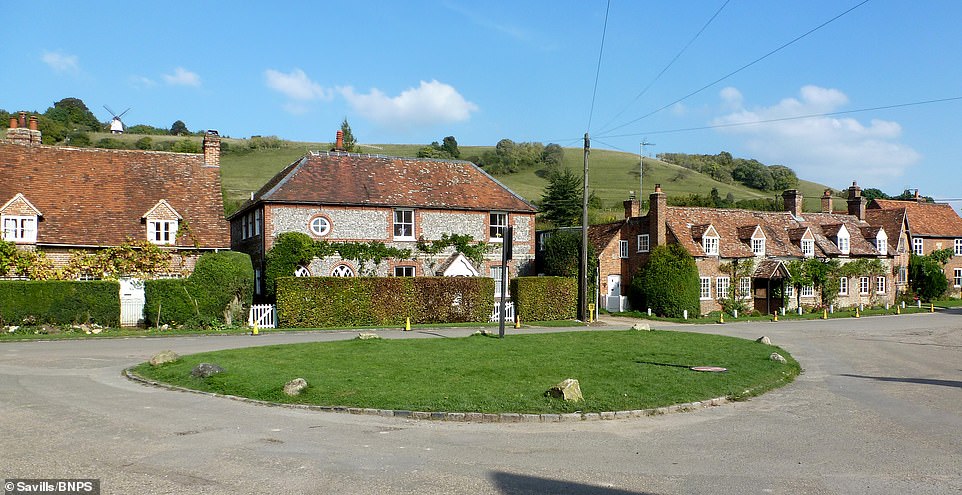 Sleepy Cottage is in the Buckinghamshire village of Turville, which is a popular filming location for its quintessential English style. It has been used by film crews for Midsomer Murders, Miss Marple and Killing Eve 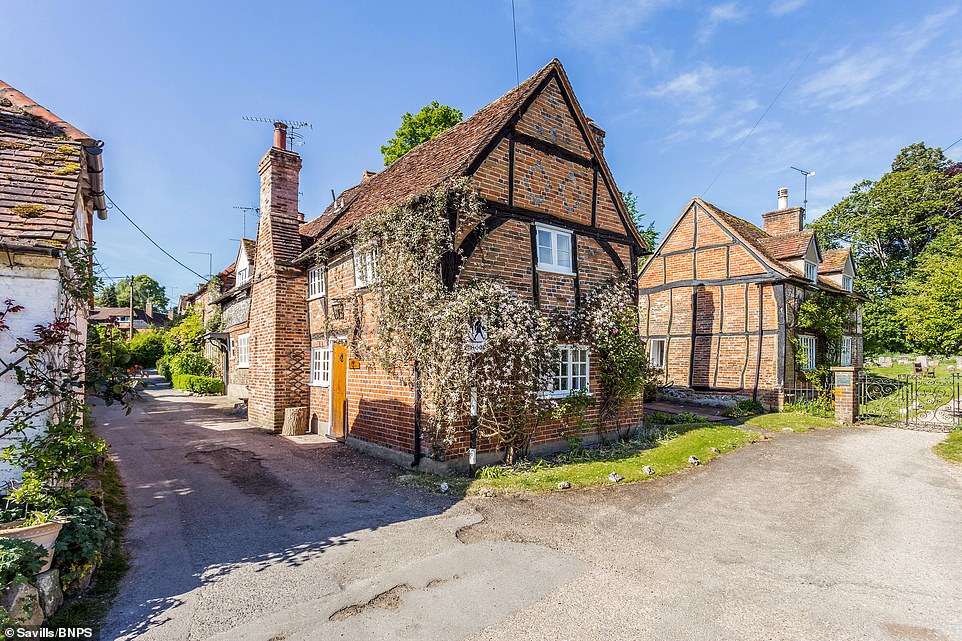 The cottage is next door to the property used as Geraldine Granger’s home in the Vicar of Dibley and was the home of John Thaw’s character in Goodnight Mister Tom.

‘More recently the home has been used in films and TV – with most of the interior shots for Goodnight Mister Tom filmed here, as well as being next door to Geraldine Granger’s house in the Vicar of Dibley.

‘It has an attractive olde worlde charm which I think gives it a quintessentially English feel, as well as some truly lovely views out towards the village green and up towards the windmill.

‘But there is also plenty of space, which you can’t necessarily tell from the outside. It is quite deceiving.’

Charlie Chavasse, from estate agents Savills, said: ‘I think it’s a really nice thing to have a bit of history to your property and lot of people want to know the history of where they live.

‘Turville is such a historic location and having the story of the Sleeping Girl of Turville is definitely interesting.

‘People always ask why a property is called what it is and with this one we can actually elaborate on the meaning of its name.

‘It’s got so much character, chocolate box like almost, but it’s also very practical and has three good-sized bedrooms.