Paedophile councillor, 50, is jailed for four years after arranging to meet a ‘three-year-old girl’ for sex in police sting and telling undercover officer ‘I’ve waited years for this to happen’ 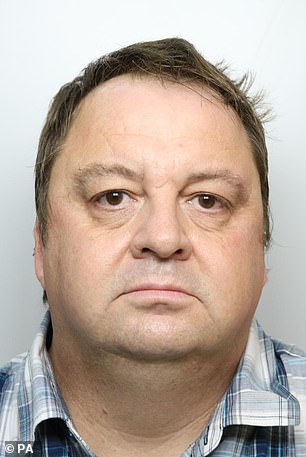 Alex Kear, 50, has been was jailed for four years and ordered to serve an extended licence period of two years

A paedophile councillor who arranged to meet a fictional three-year-old girl for sex during a police sting operation has been jailed.

Alex Kear, 50, had sent a series of depraved messages, including one which said he had ‘waited years for this to happen’, to a woman who he believed was the mother of a toddler.

But he was instead talking to an undercover police officer who eventually apprehended him, Leeds Crown Court heard earlier today.

Kear, who will now lose his seat as an independent on Wakefield Council, was jailed for four years and ordered to serve an extended licence period of two years due to him posing ‘a high risk of serious harm to children’.

Judge Simon Phillips QC told him: ‘I have no doubt that if that three-year-old girl had existed you would have intended to carry out your degenerate predatory plans against her.

‘This is a deep-seated degeneracy on your behalf, as illustrated by the communications you have made that you have been interested in little girls for as long as you can remember and that you have waited years for something like this to happen.’

Last month Kear admitted a charge of arranging or facilitating the commission of a child sexual offence and another of inciting the sexual exploitation of a child under the age of 13.

At the time, Wakefield Council said it was frustrated it could not remove him from his position as a councillor because the law said this can only be done when defendants are jailed for three months or more.

Yvette Cooper, MP for Normanton, Pontefract and Castleford, called for an urgent review of the law following Kear’s conviction. 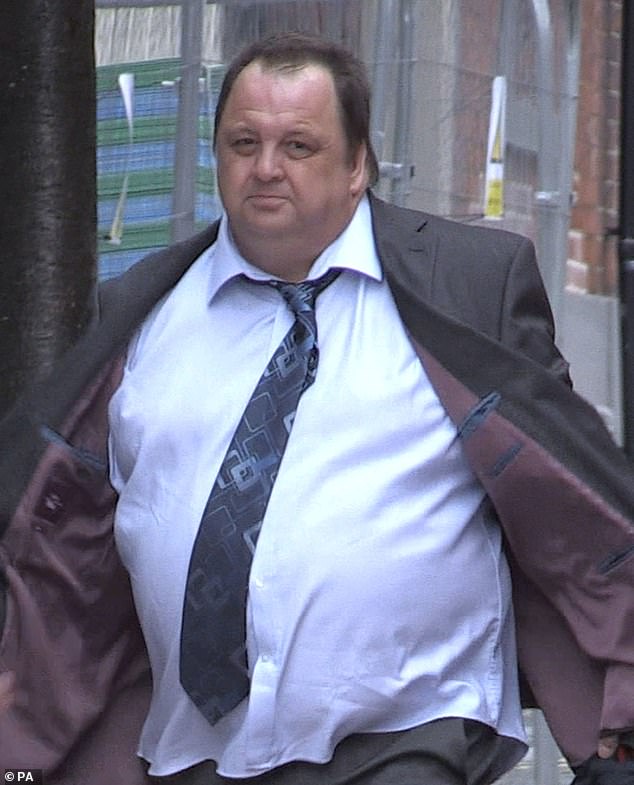 Kear, who will now lose his seat as an independent on Wakefield Council, had arranged to meet a fictional three-year-old girl for sex during a police sting operation (pictured arriving at Leeds Crown Court)

Today, Judge Phillips was told how, over the period of a month, Kear sent a picture of his genitals to the officer he thought was the child’s mother along with depraved messages about what he wanted to do to the youngster.

According to Jonathan Sharp, prosecuting, Kear said: ‘The older I get the younger I seem to like. Twenty years ago I would never had thought about a baby but now… young.’

Mr Sharp said the defendant met with the undercover police officer and had agreed to meet again with the fictional three-year-old on August 19, 2019.

But he was arrested three days before.

Kear had told the undercover officer: ‘The years I have waited for something like this to happen.’

He also lied to police that he was a one-man-band paedophile hunter before admitting the offences in court.

Michael Collins, defending, told the judge his client welcomed his arrest as he needed help with a long-standing addiction to pornography.

He said Kear, of Stansfield Drive, Castleford, had been diagnosed with autism and was also suffering from a mixed anxiety and depressive disorder.

Wakefield Council confirmed Kear is now disqualified from his post as a councillor for the Airedale and Ferry Fryston ward in Castleford.

It said a by-election will be held in due course.

Ms Cooper said: ‘This was a truly awful crime and it is terrible to think of the impact on children from cases like this.

‘The sentence also means that the perpetrator can finally be removed from Wakefield Council.

‘But given how serious the offence was, Wakefield Council should have been allowed to suspend him as soon as he was charged and to remove him completely as soon as he pleaded guilty.

‘The law on this doesn’t work, and I am calling on the Government to change it so that councils can take immediate action in a case like this.

‘Children’s safety must be the absolute priority.’