A Supreme Court judge has ruled the controversial curfew policy that restricted Victorians to their homes from 9pm to 5am during the state's hard lockdown was legal, dismissing the case against the Andrews government. 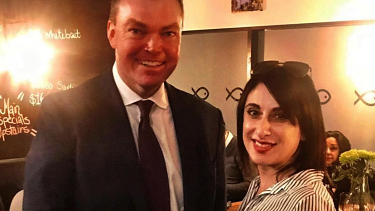 Supreme Court judge Tim Ginnane said that Ms Loielo’s claim failed on all three grounds – that Ms Giles acted at the behest of Premier Daniel Andrews when she extended the curfew, that it was unreasonable or disproportionate and that her human rights were unlawfully restricted by the policy.

Justice Ginnane said that even though the curfew was a "major restriction of the rights and liberties of the people of Victoria," it was ultimately a proportionate response to the spread of the coronavirus through the community.

"The curfew limited her rights to freedom of movement, alongside around 5 million other people," Justice Ginnane found.

She told the court the curfew was brought in for health reasons, not enforcement of pandemic restrictions, as the Premier claimed.

It meant the curfew policy ceased to be in effect just hours before the trial was due to begin in the Supreme Court.

In affidavits filed in court during the trial, Ms Loielo spoke of her fears about restrictions being reimposed, saying she was afraid of being pulled over by police even though she carries a permit to travel.

She said her fears were exacerbated after seeing footage of police arresting a pregnant woman.

She has previously said the revenue of her business, Unica Cucina E Caffe in Capel Sound on the Mornington Peninsula, had fallen by about 99 per cent, which might result in her losing her home.

The other restrictions were not the subject of the lawsuit.

The government's decision to impose the curfew came into focus after Chief Health Officer Brett Sutton and police Chief Commissioner Shane Patton said it was not their idea.

The government indicated their intention to seek a costs order against the applicant.