COVID cases have fallen by 30 per cent in a week. 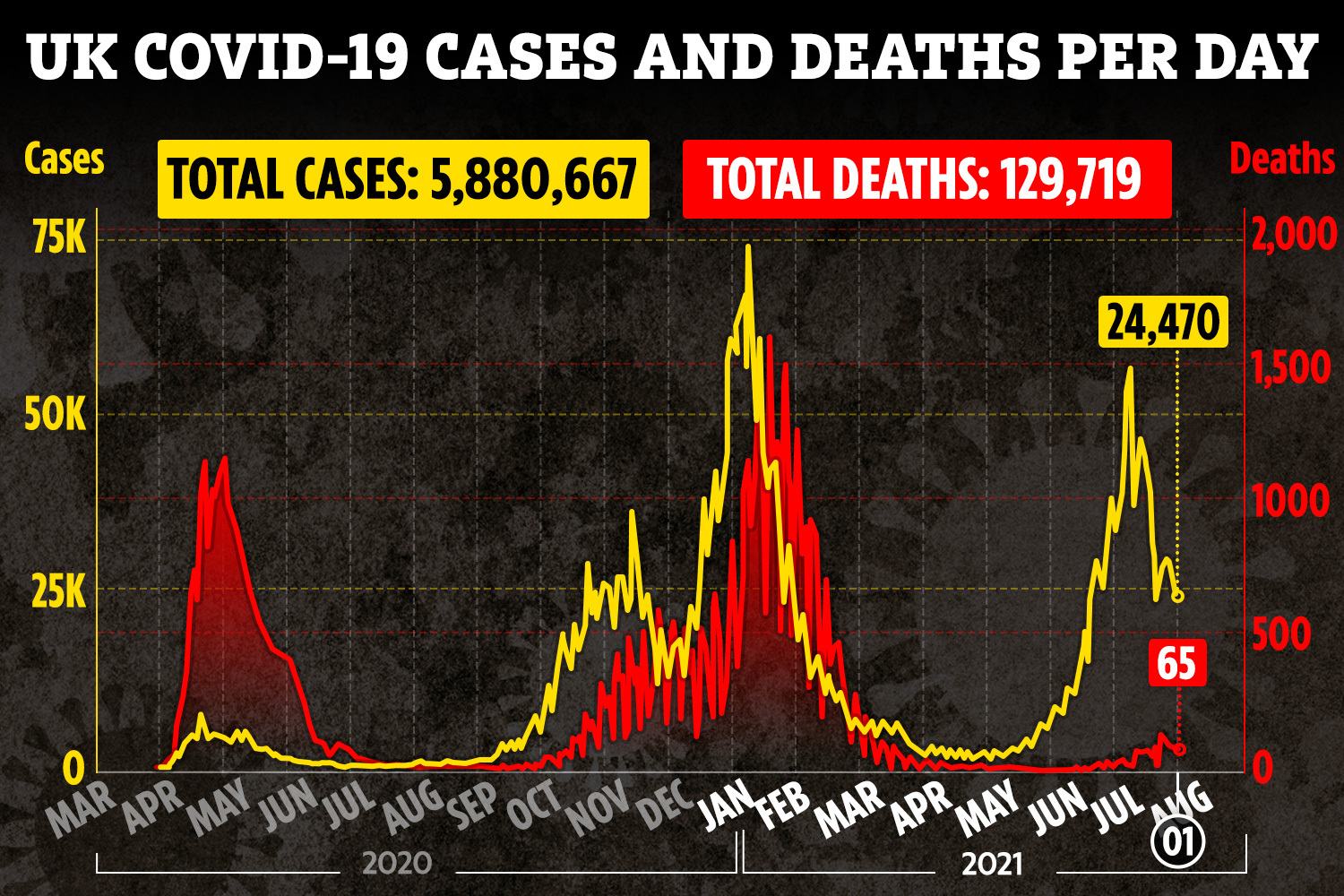 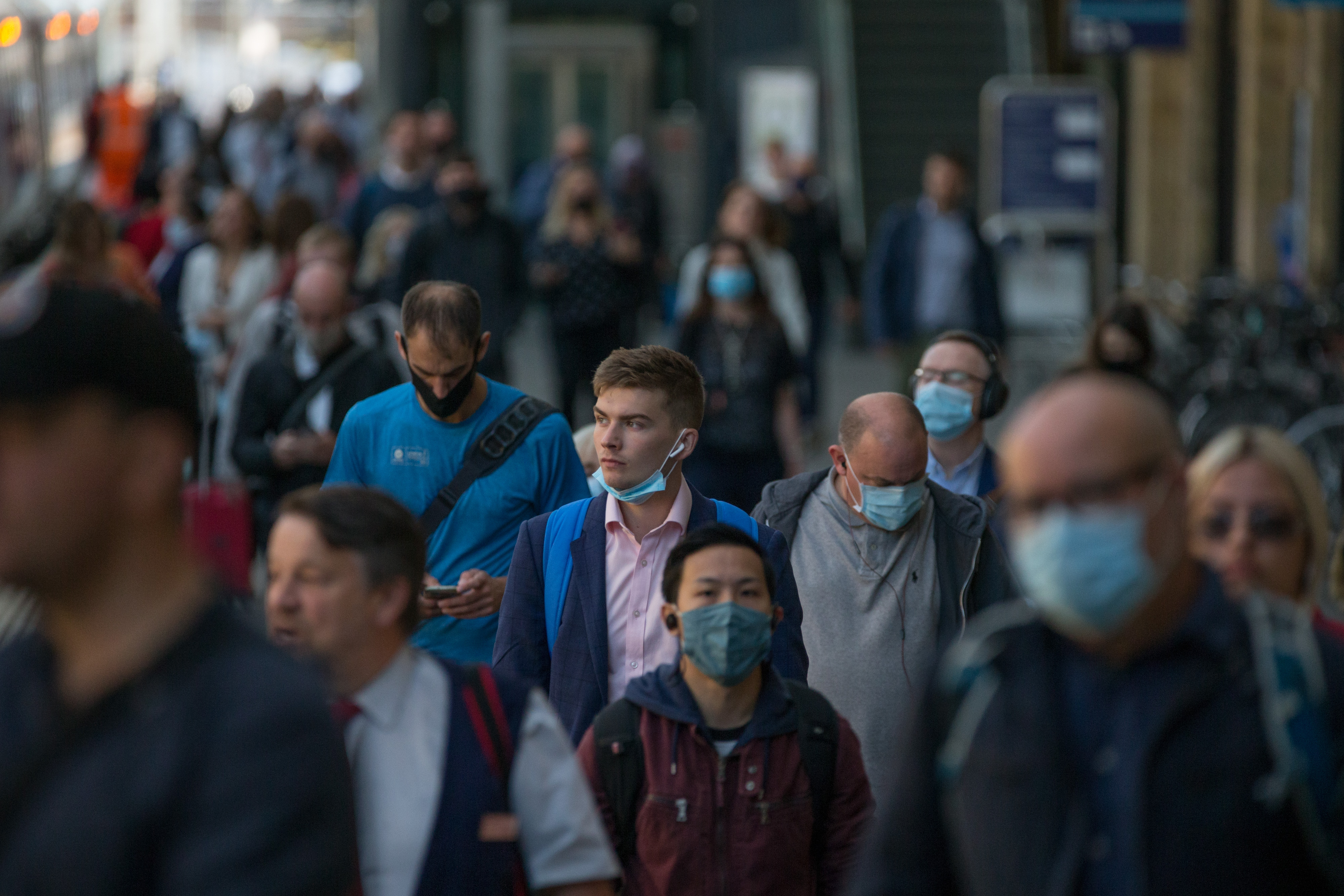 Today's statistics mean there has been a 30 per cent drop in cases on average during the past seven days compared to the week before.

Deaths, however, continue to rise, with a 17 per cent increase this week compared to the week before.

It comes as Brits who received two doses of the Oxford/AstraZeneca jab will get a Pfizer or Moderna booster shot this autumn, it's understood.

A third Covid jab is set to be offered to over 50s in an attempt to tackle new variants and keep Britain firmly out of lockdown.

It is to be given with the annual flu jab, as either a new vaccine designed to fight variants or another dose of an existing shot.

The AstraZeneca vaccine was mainly used on older Brits earlier on in the vaccination programme – but a source has said that those who first received the Oxford jab "would be getting an mRNA booster."

But the AstraZeneca is not an mRNA vaccine – whereas Pfizer and Moderna are.

This will be the only reason for mixing and matching vaccines, the senior government source told the Sunday Times.

A booster jab trial in the UK has shown that people who have already received two doses of AstraZeneca vaccine could have a stronger immune response if they were given a different jab as a booster.

Karina Butler, the chairwoman of National Immunisation Advisory Committee, told RTE Radio 1’s Today on Wednesday: “The department is currently considering our advice that has been submitted to them.

"We have made recommendations and we will await the advice.

"In fairness the data that came out on mixing very early on was encouraging but there was very little data on it.

"You have to wait and see.” 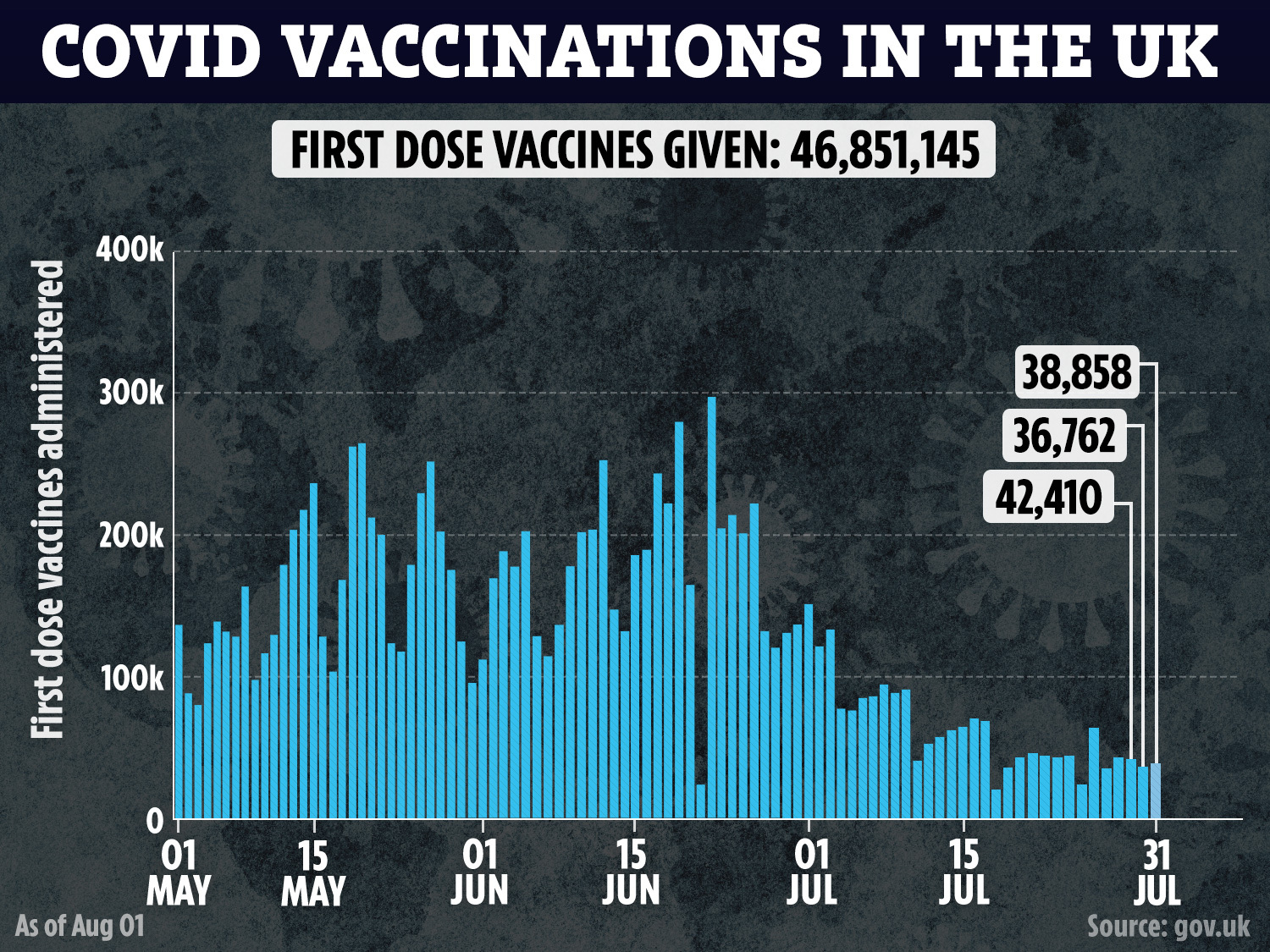