A DAD allegedly killed his wife and two teenage sons "because he had a headache and was tired of them yelling."

James Lee Webb, 57, was arrested and charged with capital murder after calling the cops on himself on Monday. 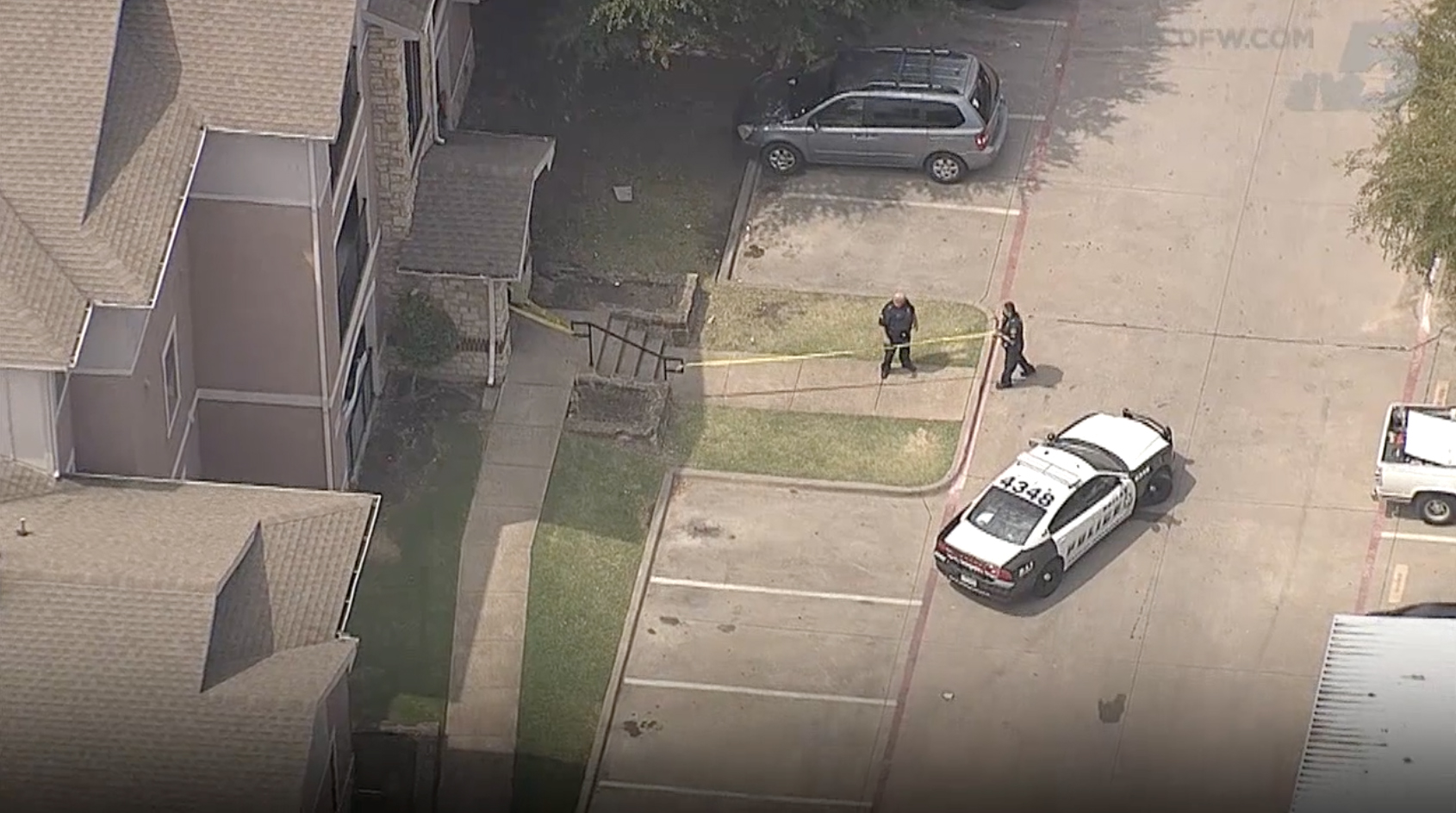 Webb and his wife, Victoria Ronack Bunton, began arguing at around 10am this morning after he complained of having a headache and that her sons, aged 13 and 16, were being too loud, according to the affidavit.

During the argument Webb allegedly produced a handgun and shot Bunton, before killing both of the teenagers.

Webb waited one hour and then called 911 and confessed, the document states. When cops arrived they took him into custody.

When he was later interviewed, Webb allegedly told a detective that he was tired of his family yelling at him and telling him there was nothing wrong with him. 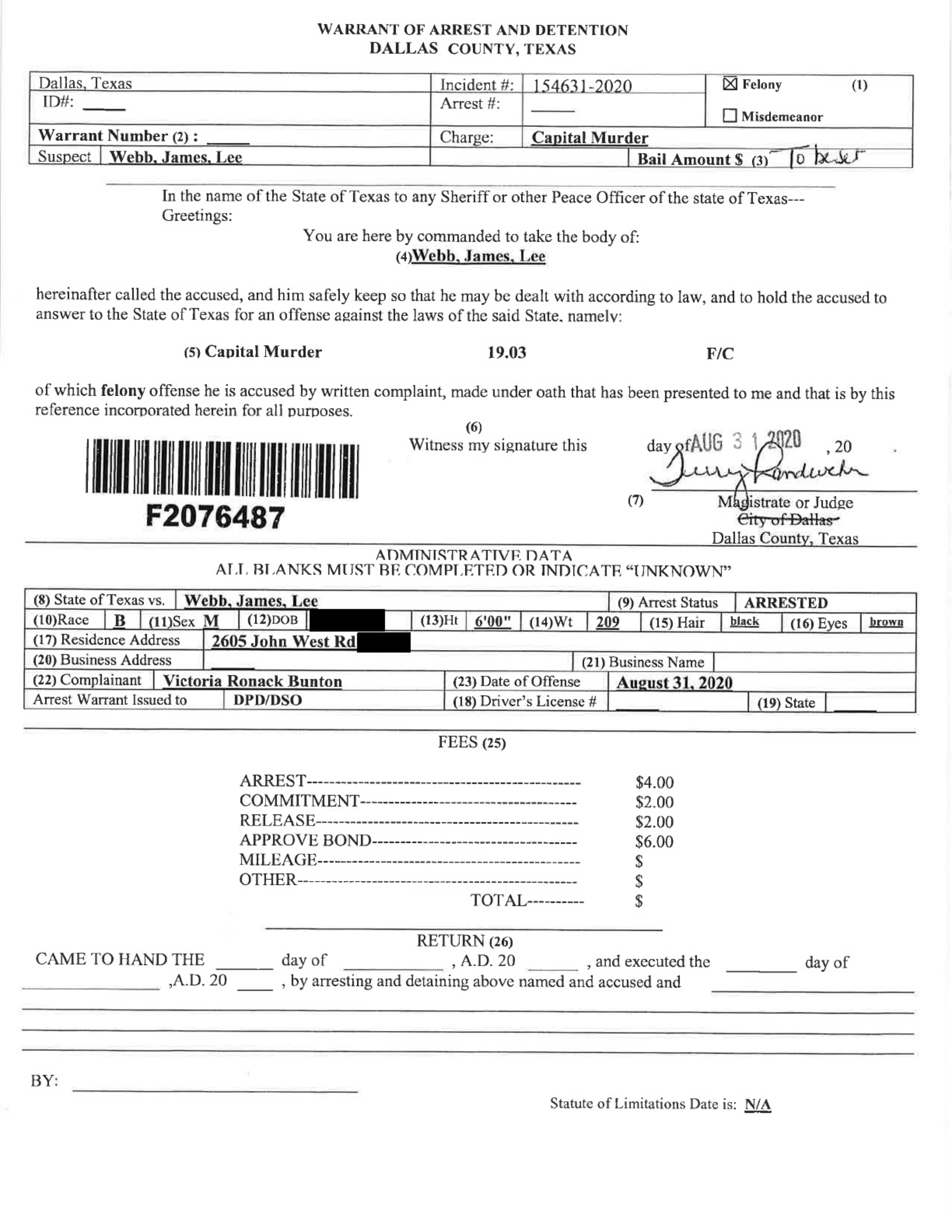 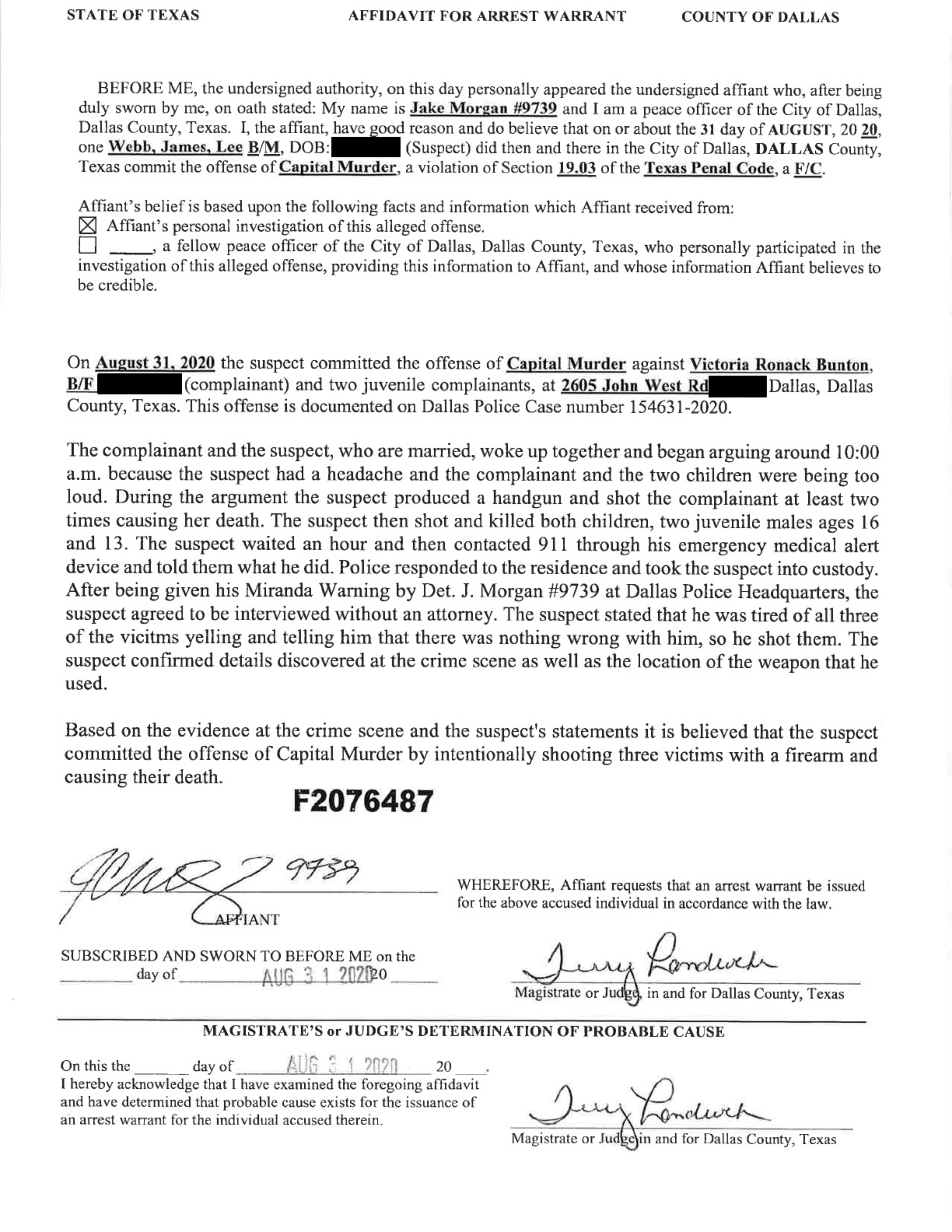 He is currently being held at Lew Sterrett Jail and his bond will be determined by a Dallas County Magistrate.

Neighbor Chanel Lockhart told Fox4: "Last time I saw her, she was getting groceries out of the car and the boys were helping her.

"You would never think that he would do that. And she had a heart. She was so sweet to everybody.

"You'd never think that one day he would call and say he killed his kids."

Another neighbor, Justice Johnson, told the outlet: "I've been knowing them for two years, going with their mama to the grocery store, helping with groceries, getting on the school bus."

Her daughter, Sylvia, added: "I didn't talk to them as much. But when I did come outside, they'd speak. They didn't just walk past me. They'd be like, 'hey.'"