A FATHER and son fought for 90 minutes to reel in the biggest blue shark ever caught in British waters — but won’t be able to claim the record.

Using a tried and tested method of measuring its length and girth, Mike and Harry Pardoe calculated its weight at 251lbs — 33lbs over the record that has stood since 1959. 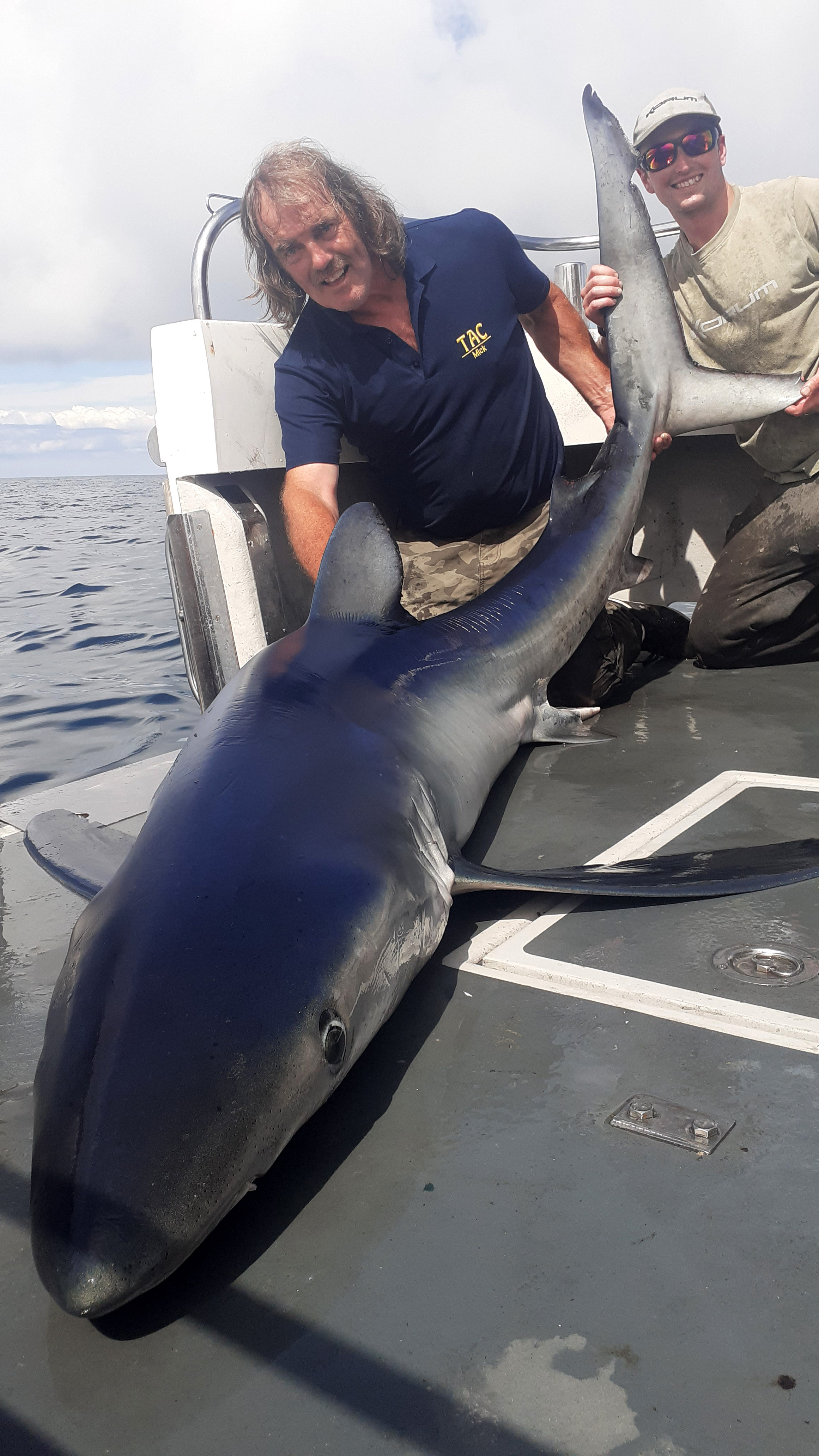 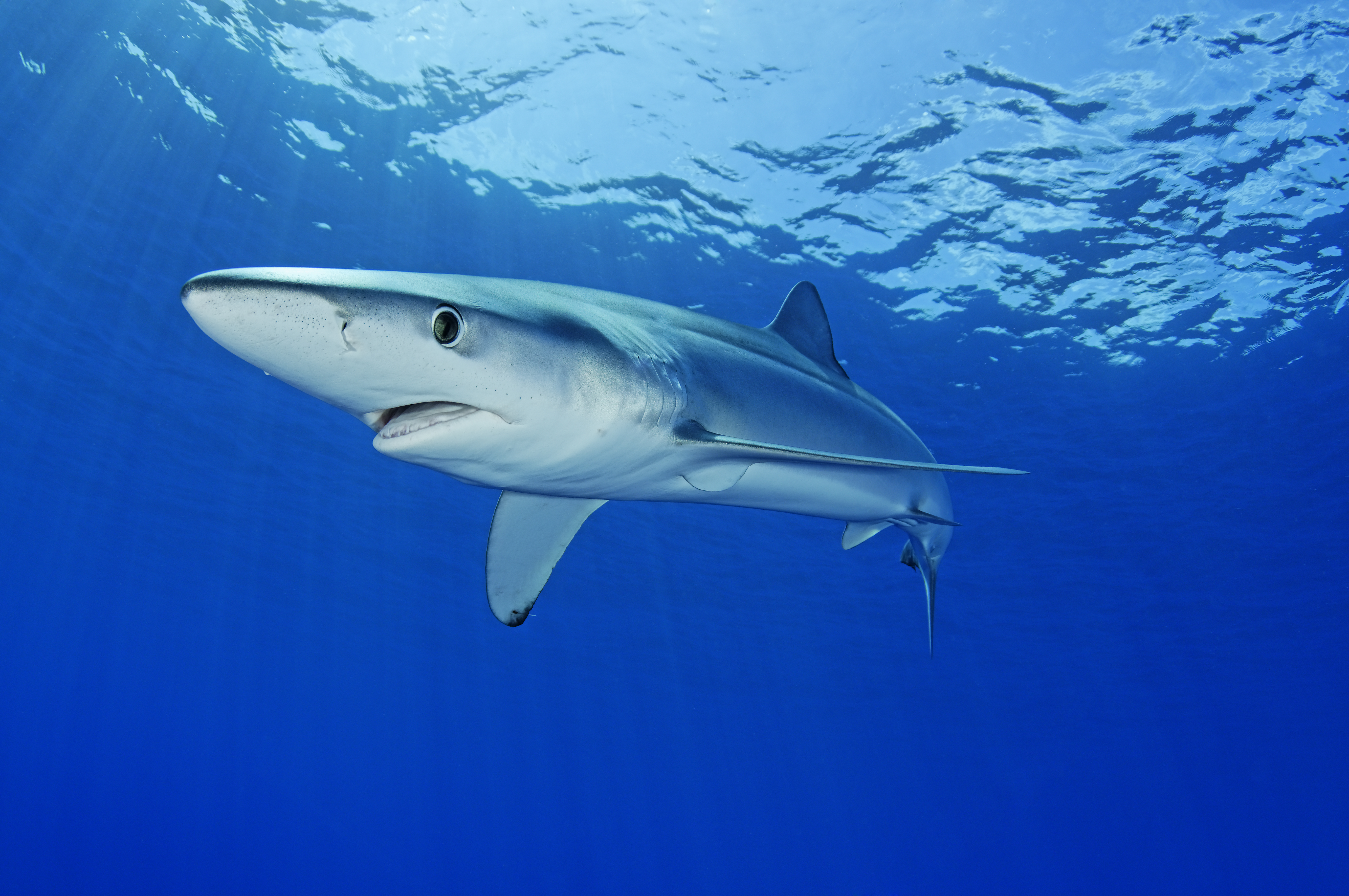 They then returned it to the sea. But under current rules the weight has to be confirmed back on land, and that would have meant the shark dying.

Mike said: “For any fish-loving anglers like ourselves that’s always going to be a no-no. I suppose it is slightly disappointing.”

The pair hooked the 9ft shark 20 miles off Falmouth, Cornwall, after chartering a boat to celebrate Harry’s 30th birthday.

Mike, 60, from Birmingham, said: “When it first bit, Harry said straight away it was a big one and it took about an hour-and-a-half to get it on board.

“Once it was on the boat it was a case of measuring it with a tape measure then trying to calculate the weight before putting it back.”

On the same trip Mike hauled in another monster blue shark, weighing 180lbs. 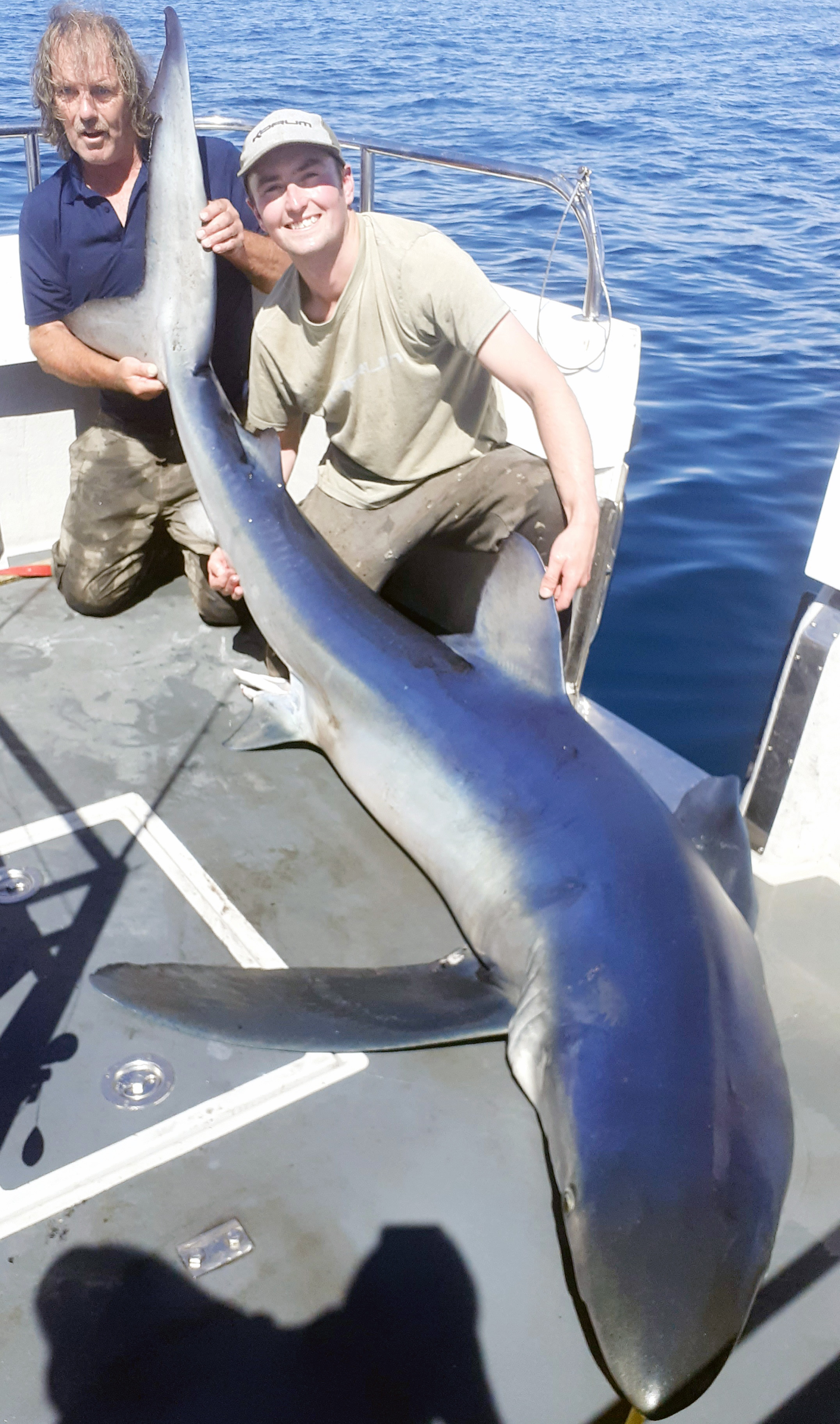 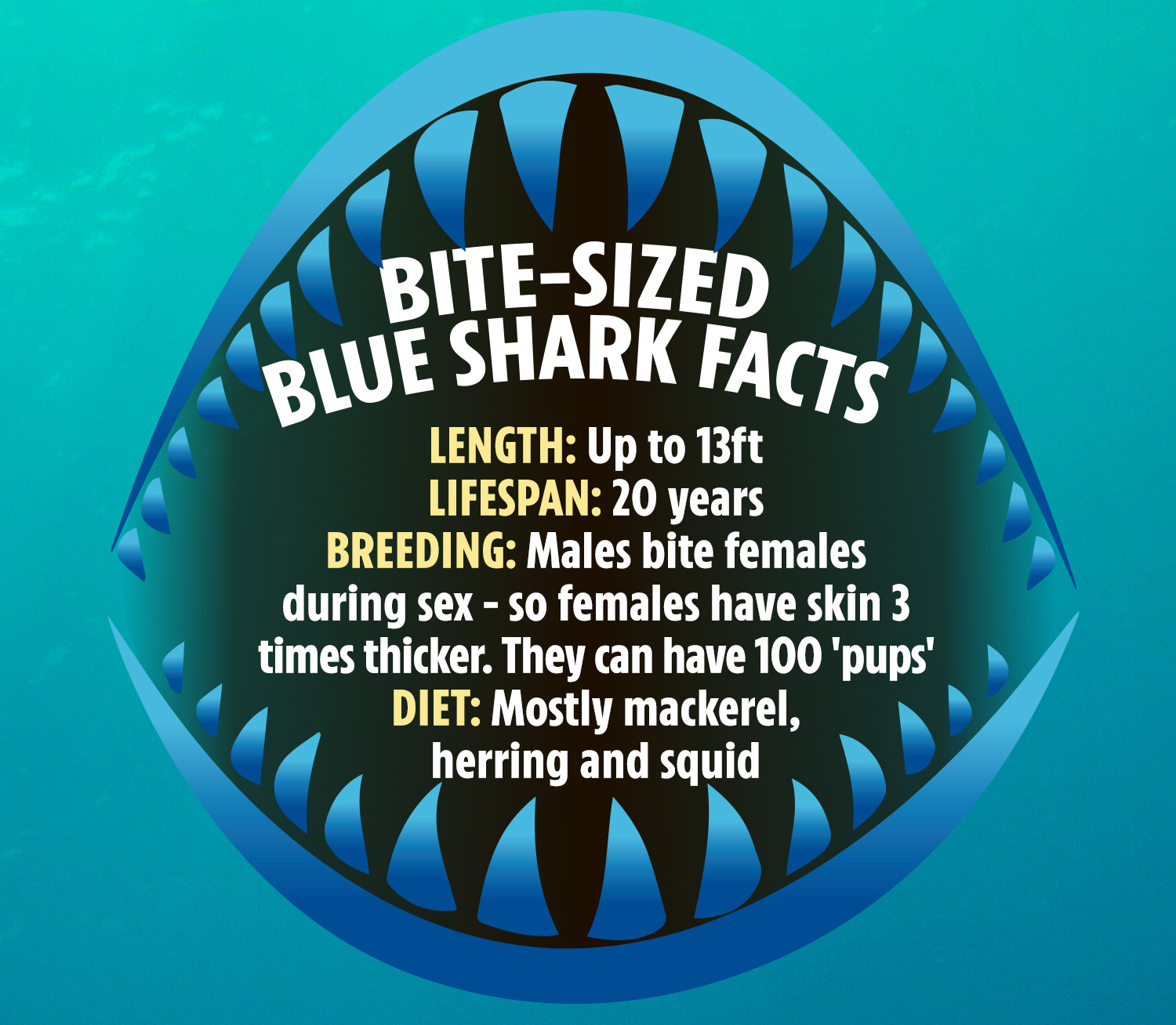 He added: “We weren’t specifically fishing for sharks. I didn’t even know there were sharks of that size in that area so it was amazing to get two huge ones in the same day.”

Blue sharks, which rarely attack humans, can grow to 13ft and tip the scales at 400lbs.

They are found in oceans across the world, especially the Atlantic, and venture into British waters during summer months.