A DAD has died after his loud snoring turned out to be a symptom of a brain tumour.

Michael Mackay would snore so loud that his loving wife Trish would be able to hear him from downstairs. 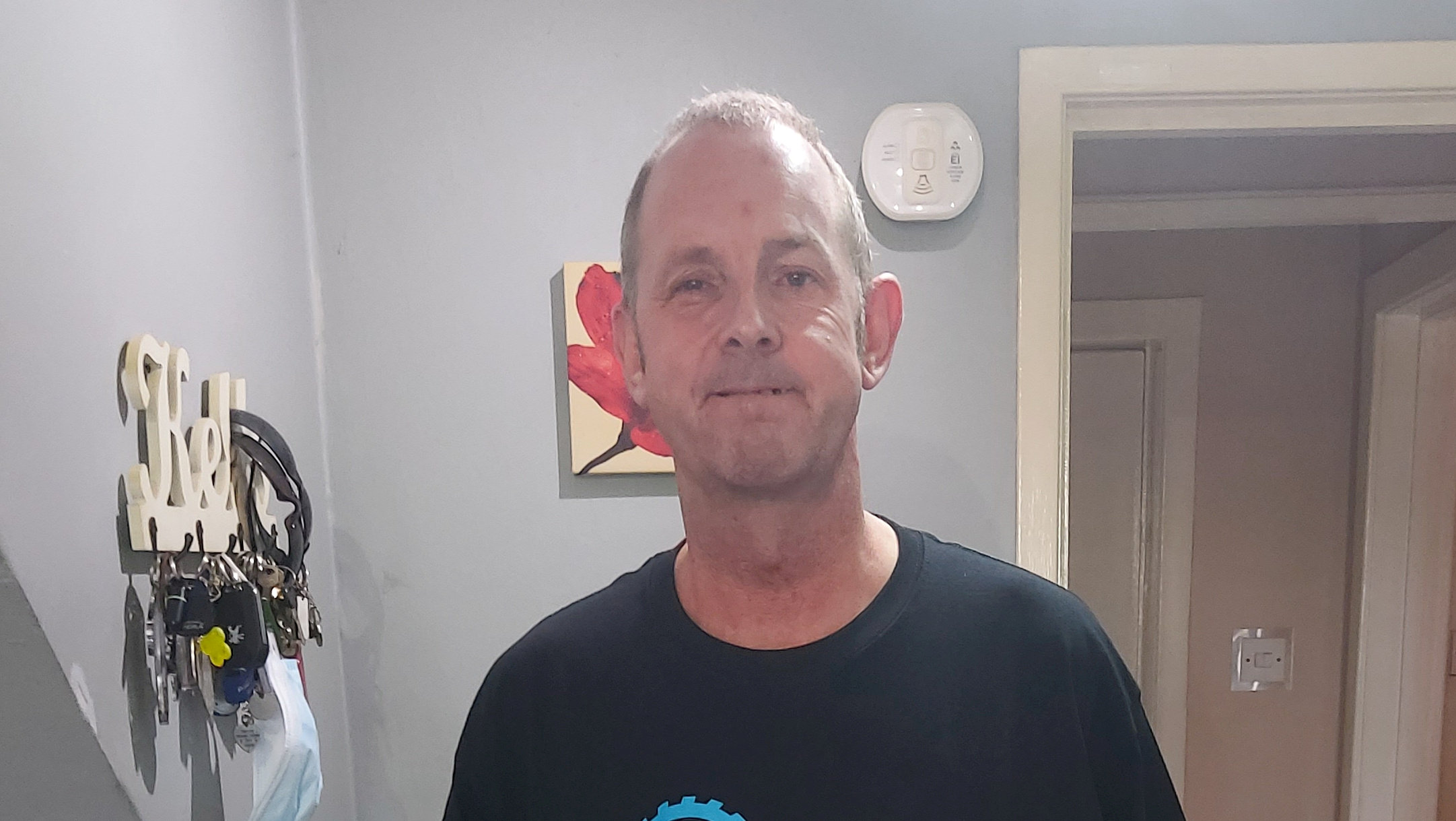 When Trish heard his snoring she went up to see him and realised he was having a seizure and from then the family spent months waiting for tests to be carried out.

The 52-year-old dad-of-two died on March 26 after doctors found an inoperable tumour on his brain in October.

Despite doctors having found a tumour, Michael was able to see daughter Leanne, 29, get engaged on Christmas Day.

Michael, who lived in Thurso, Scotland, with his family, had experienced no symptoms apart from snoring and was treated with chemotherapy in December to shrink the grade 3 anaplastic astrocytoma.

Trish, 50, said the treatment made him so irritable and tired that Michael decided it was detrimental to his quality of life and began palliative care in February.

Trish also lost her mum to coronavirus in December and says 2020 has been hard to process.

She said: "It has truly been the worst year imaginable. 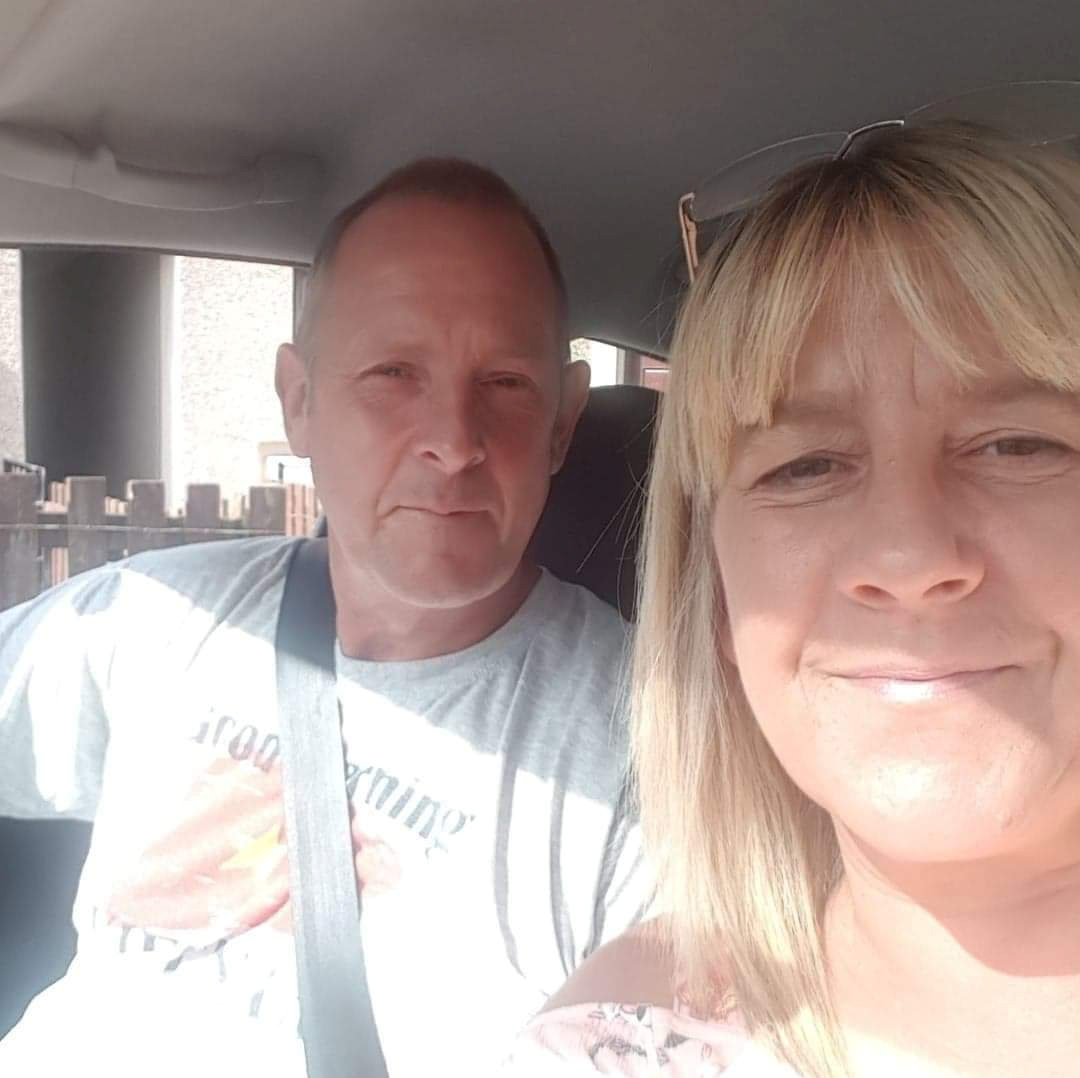 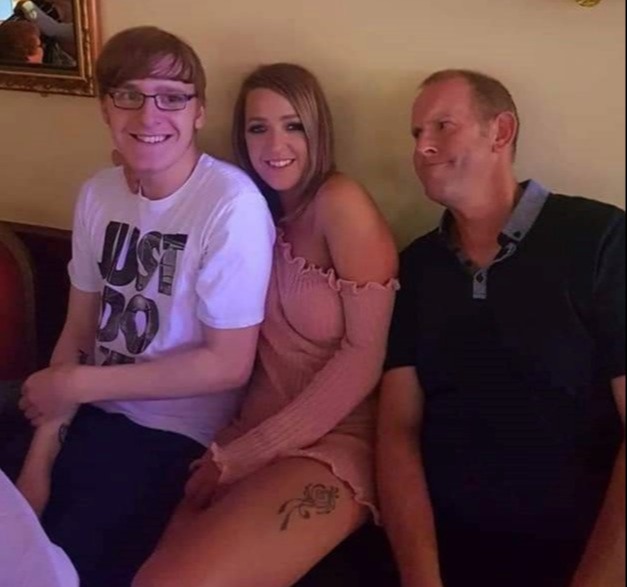 "I take great comfort from the fact that Michael wasn't in pain at the end.

"It's been hard to process everything though, especially in the context of the terrible year we've had with Covid.”

Trish and Michael had been married 25 years and were unable to celebrate their anniversary due to lockdown.

The travel consultant said instead, they were bouncing around different hospitals trying to find out what was causing his snoring.

Trish said: "I'd got up early one Sunday morning and couldn't believe how loud Michael's snoring was.

"He was upstairs in bed and I was downstairs. I grabbed my phone and went up to video him, so I could show him later on.

"It was only when I approached that I realised he was actually having a seizure.

"I called an ambulance and when the paramedics arrived, they thought he was having a heart attack.” 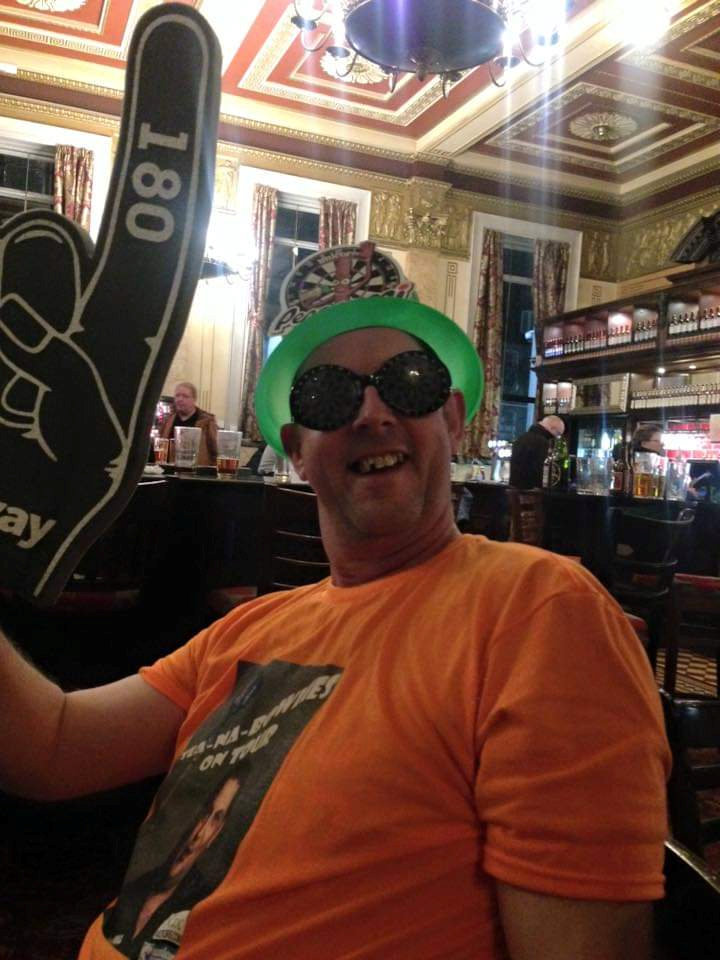 KNOW THE SIGNS: What is a brain tumour and what should you look out for?

A brain tumour is a growth of abnormal cells that grow on the organ and multiply and spread in an uncontrollable way.

The growths can be benign, non-cancerous, which grow slowly and if treated are unlikely to reappear.

However, cancerous brain tumours are more serious and some can start in the brain or spread there from cancer elsewhere in the body.

Brain tumours are also graded on their seriousness, with grade one and two tumours being seen as low risk.

While grade three and four tumours are seen as high risk and likely to return after treatment.

What should I look out for?

According to the NHS, the symptoms of a brain tumour depend on its severity and which part of the brain is affected.

However, there are common signs that people can look out for if they are worried.

These include severe, non-stop headaches, seizures as well as nausea, vomiting and drowsiness.

Other signs can include vision or speech problems, paralysis and even changes to a person's behaviour such as having difficulty remembering things.

These symptoms can appear suddenly or develop slowly over time.

Experts at John Hopkins medicine states that if your partner notices you are snoring more then this could also be a sign of a tumour.

Michael was taken to Caithness General Hospital in Wick and Trish followed in the car.

She said that when she arrived in hospital, Michael seemed fine which was a huge relief.

Medics then did a CT scan of Michael's brain and said they were happy for Michael to go home.

Trish added: “As we were about to leave, the doctor came back asking us to stay, as the team at Raigmore Hospital in Inverness had picked up something on the scan that they weren't happy with."

On August 16, the possibility of a brain tumour was mentioned for the first time at a MRI scan in Inverness, and at the end of September, Michael, who worked for Highland Council, saw a consultant neurosurgeon at Aberdeen Royal Infirmary.

Two months later on October 5, Michael went for a brain biopsy, the specialist decided that was the only way to determine what was going on – and three weeks later the family received the devastating diagnosis which due to its location was inoperable. 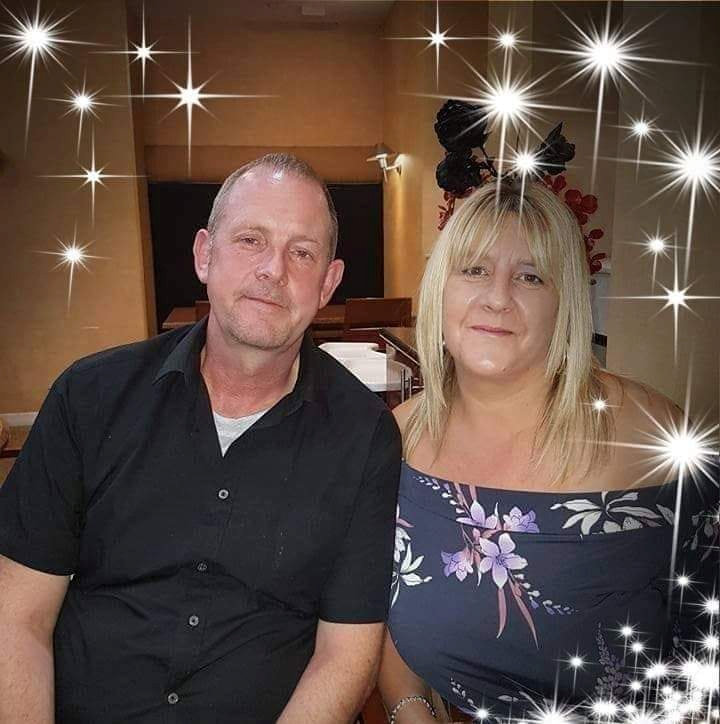 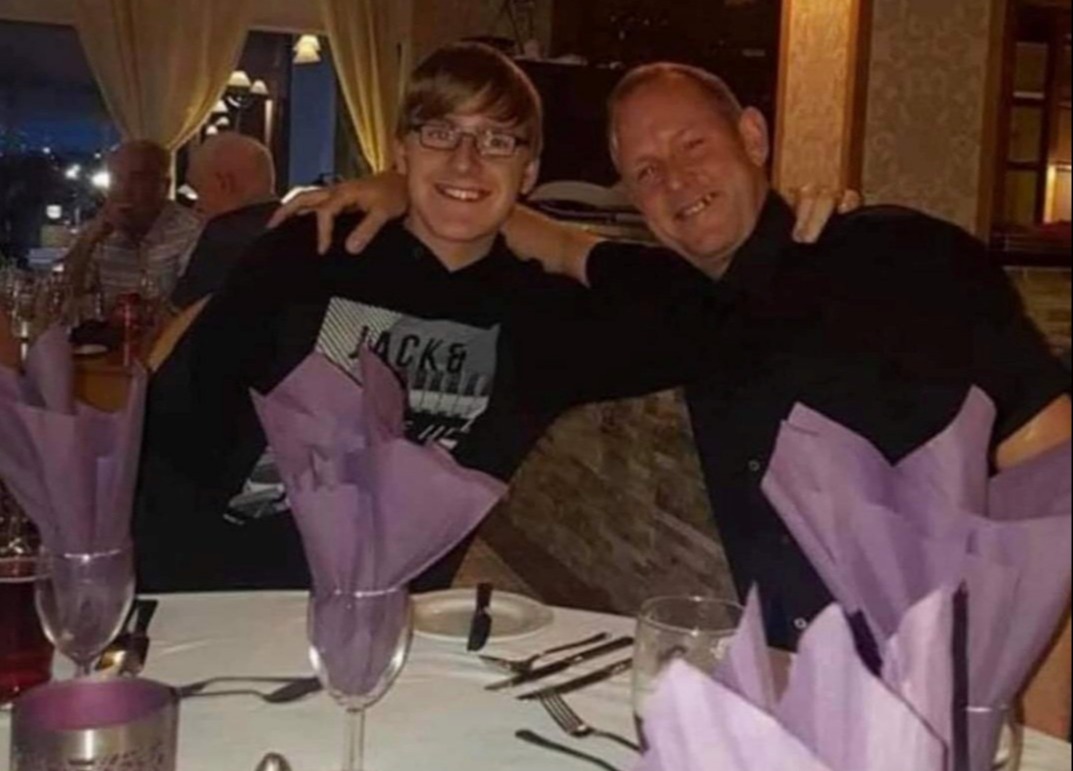 Trish said: "Michael was obviously distraught but somehow he stayed strong, accepted his diagnosis and managed to sail through his first two rounds of chemo.

"He had a week off treatment for Christmas and we enjoyed a wonderful time together as a family.

"Our daughter Leanne got engaged on Christmas Day.

"It was lovely but there was an underlying sadness, as we knew this could be our last Christmas with Michael."

Trish said: "Michael had been having tremors in his arm when I left but by the time I got back, he'd lost the ability to speak.

"Leanne came over then Michael suffered a grand mal seizure. He was taken to hospital for monitoring and later that night he was discharged.

"As the days went on, he slowly returned to being my husband.
"But when he started his next round of chemo, it completely floored him. He was so ill; tired and irritable. It was like living with a completely different person.

"By the second week in February, he decided he didn't want another scan or anymore chemo, as the treatment was having such a detrimental effect on his quality of life." 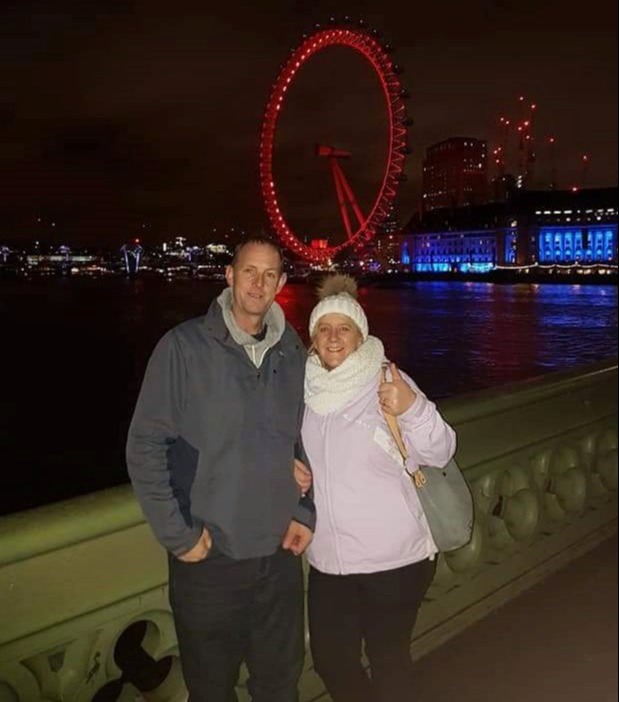 The family have so far raised more than £4,000 for Brain Tumour Research and this month will be jogging 26 miles.

Trish added: "We're so proud of what we're doing in Michael's memory.

"We love and miss him every day and each step of our challenge will be done with him in our hearts."