A DAD was so desperate for McDonald's he camped overnight at the drive-thru – only to discover he was FOUR days early for the reopening.

Rik Dove, 28, pitched his tent outside the fast food joint in Sutton-in-Ashfield, Notts., on Sunday night hoping he'd be the first customer on Monday morning. 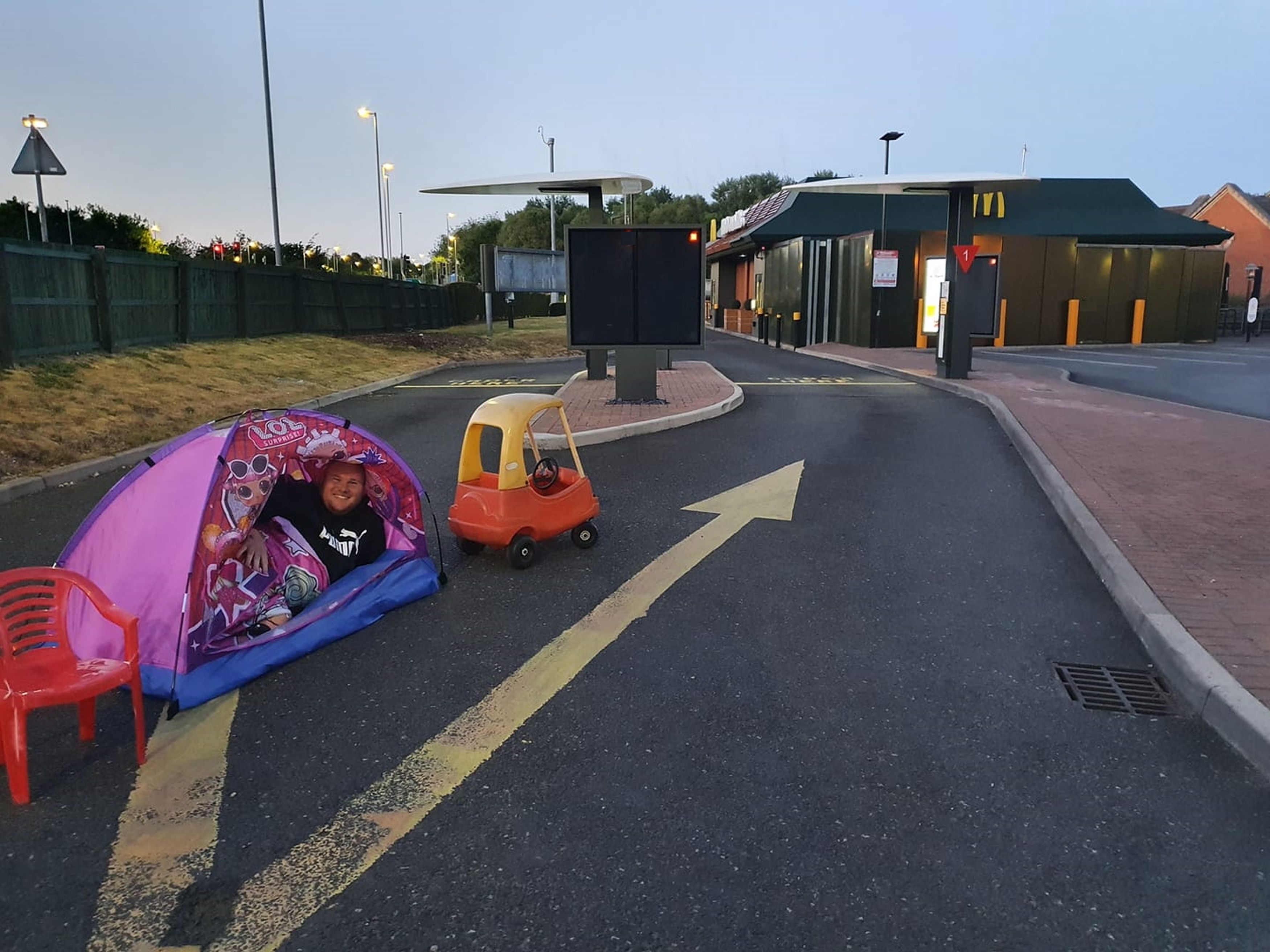 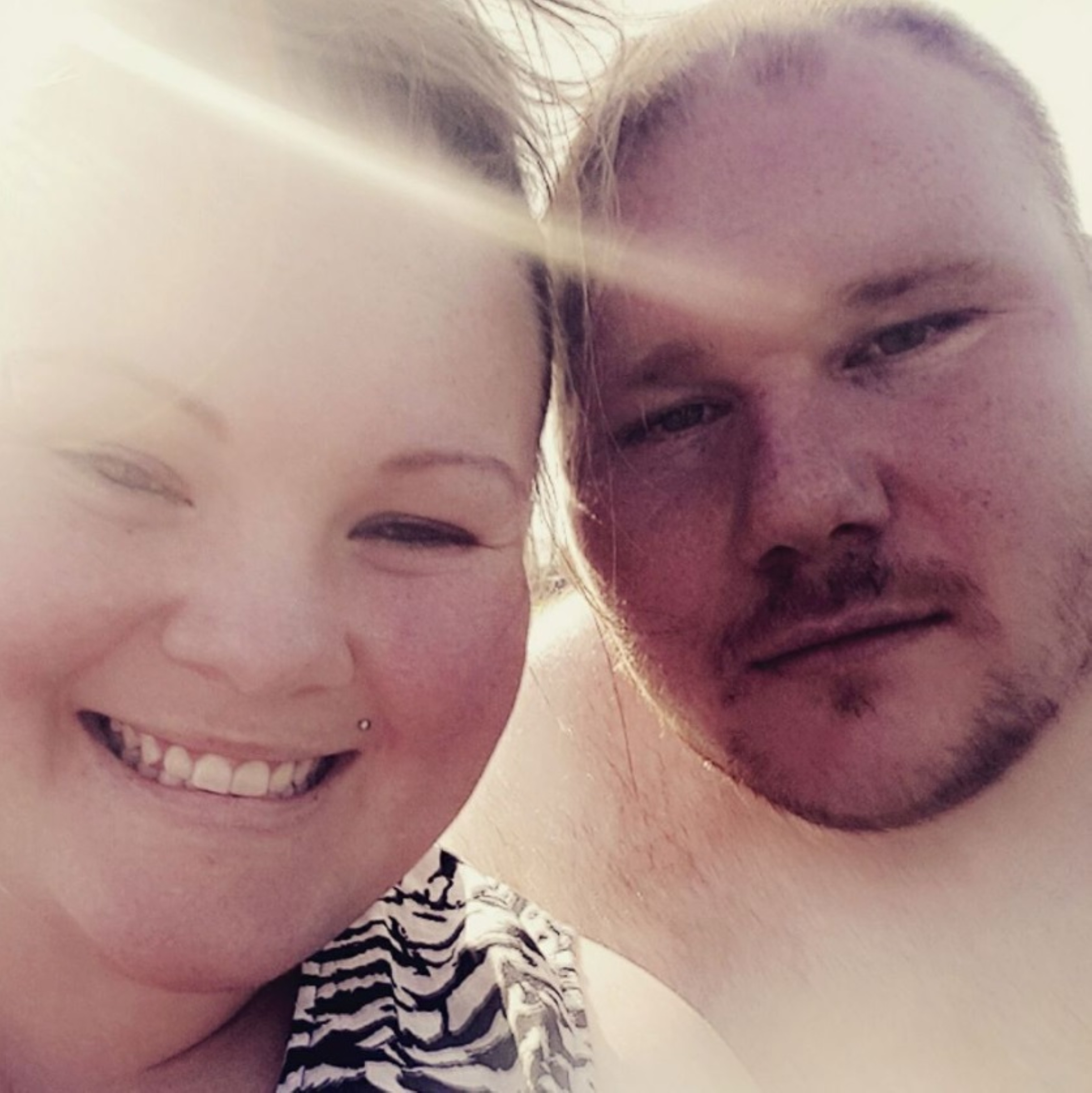 The dad-of-five is seen smiling in a tiny pink tent in the drive-thru lane, with a child's plastic car in front of him as his "vehicle".

But Rik's hopes were crushed when he was told he had the date the wrong and the restaurant doesn't actually open until Thursday.

McDonald's plans to reopen 975 of its drive-thrus between from June 2 to June 4 – meaning Rik has to wait a little longer to get his burger.

Rik said: "I got moved on not long after I got there. My local McDonald's doesn't open until the fourth. A member of the public who possibly had a family member who worked there told me.

"I was gutted. I'm a big lad and needed a Big Mac in my life. I thought it [opened on Monday] so I've not managed to get one as of yet.

"I was going to get my kids some nuggets but only a box of twenty as that's all I would fit in the car. It was kind of cramped due to the tent and chair in the back.

The dad claims he planned to beat the traffic by setting up the tent and the child's toy car.

However, McDonald's policy states only vehicles with an engine can use the drive-thrus.

On social media, Rik's sister Lisa shared an image and wrote: "Just dropped our Tubbys off at McDonald's. First in the drive thru ready for opening. Man's got needs. Return of the Fat Mac."

Rik isn't the only one who decided to pitch a tent and camp out.

Another fan in Gosport, Hamps. was seen camping overnight reportedly before their branch reopened for deliveries and their drive-thru.

Yesterday, fans queued for two hours to get their hands on Big Macs – and at some eateries, traffic was so bad that police were called.

Around 160 drive-thrus opened across the country yesterday – with a further 22 restaurants offering deliveries.

McDonald's announced last week it intends to have more than 1,019 of its restaurants in the UK and Ireland open for drive thru or delivery by tomorrow.

For its already reopened restaurants, McDonald's has a slimmed down menu and reduced opening times of 11am to 10pm.

The reduced opening hours means there are no breakfast options currently available – but customers can still pick up fan favourites like Big Macs and McNuggets.

The reduced hours are due to having fewer staff working in kitchens at one time.

McDonald's is also asking customers to spend no more than £25 at both drive-thrus and when ordering for home delivery, to try and control high demand. 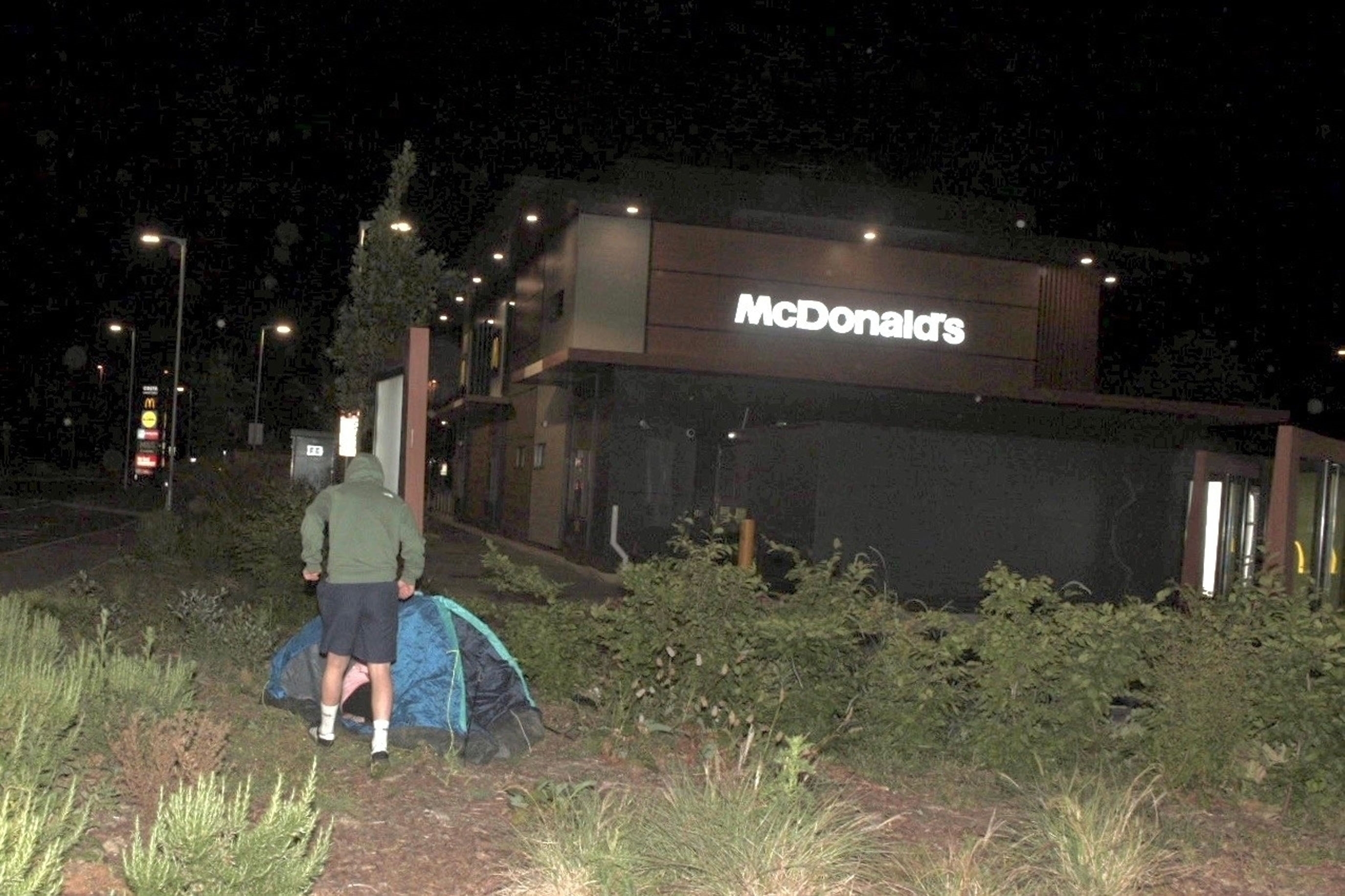 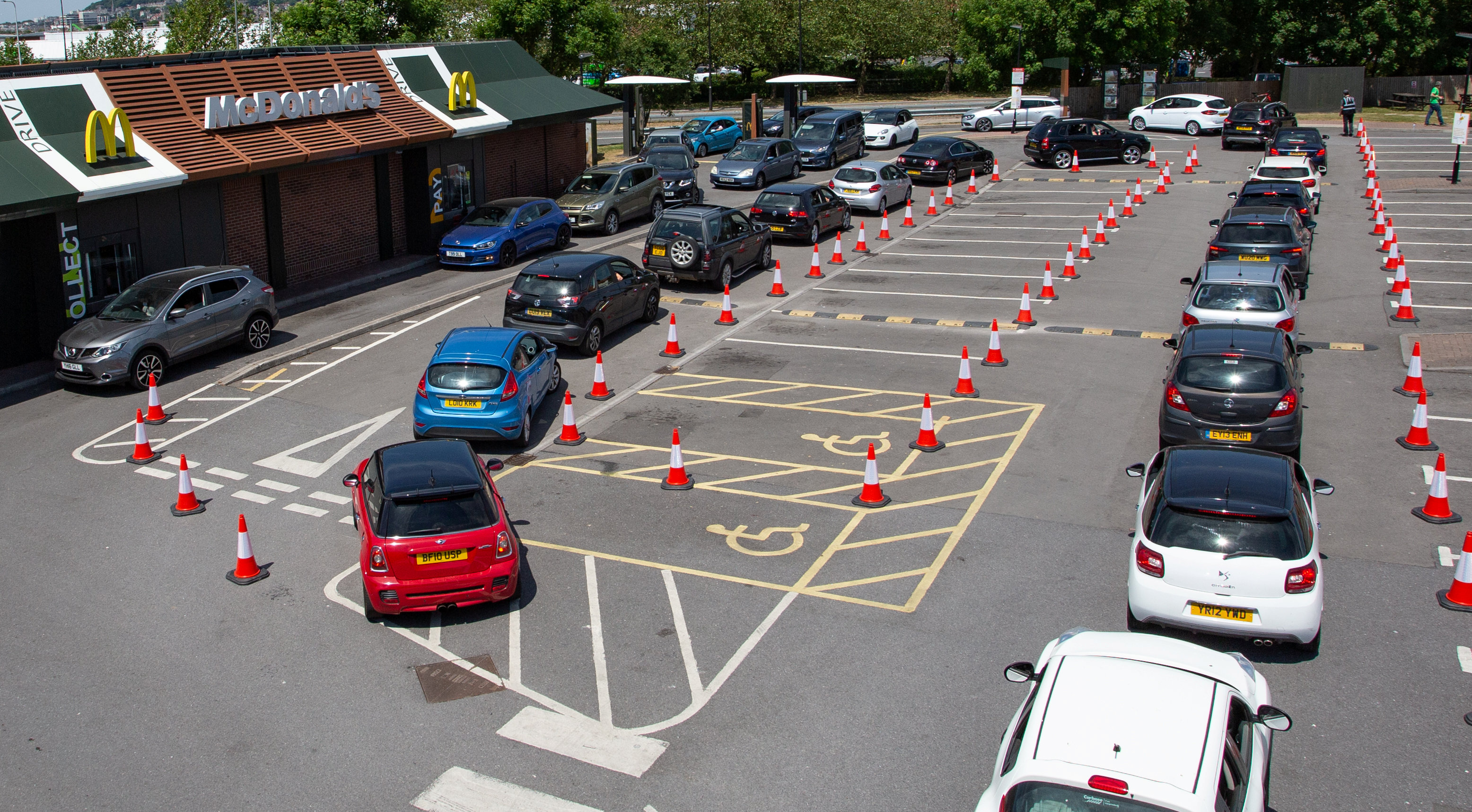 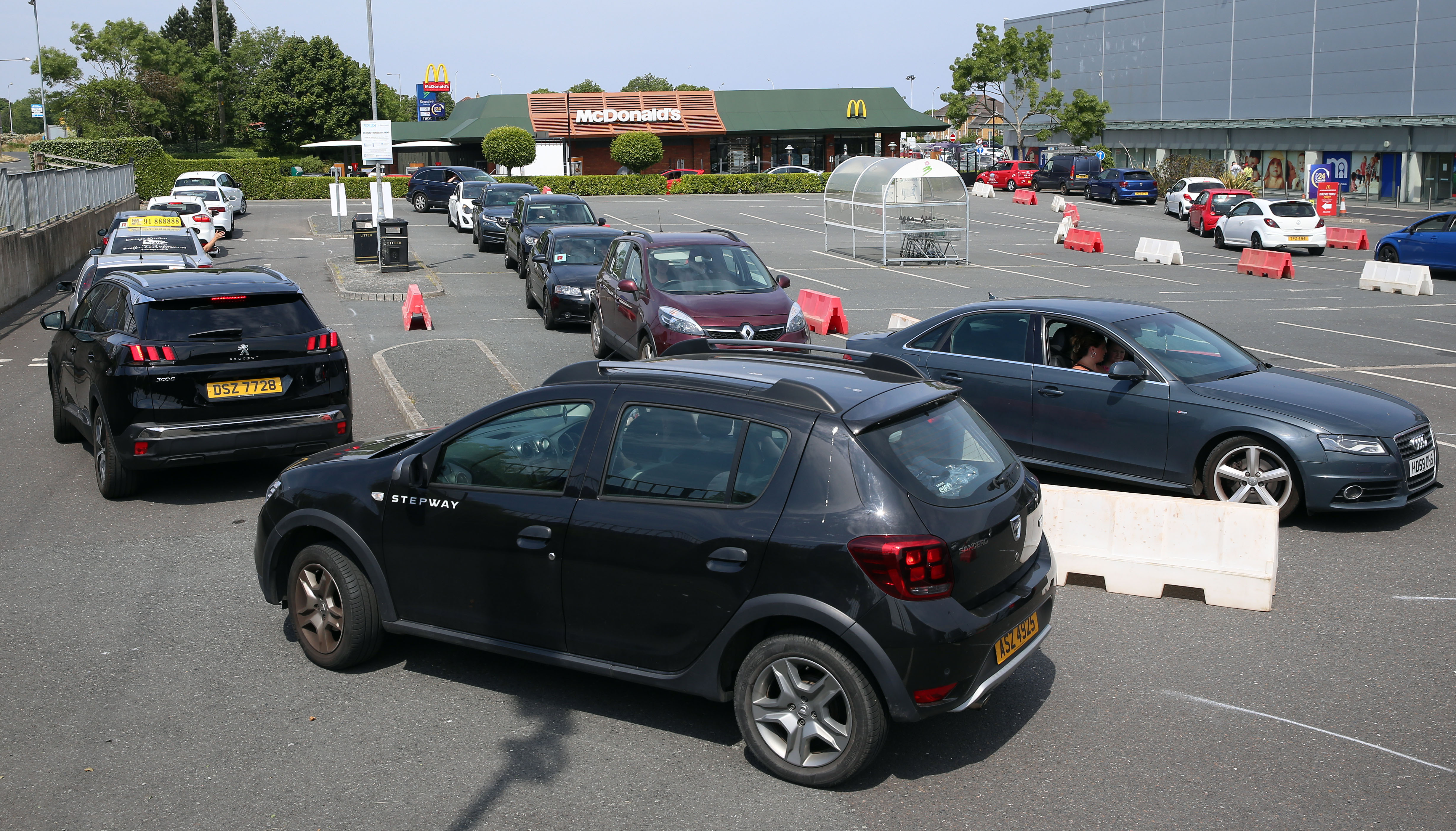 What items are included on the reduced McDonald's menu?