YANQING, China — High-speed winds and controversy swept through the National Alpine Skiing Center here on Saturday, with the cancellation of a men’s downhill training session sparking fears that the Olympic competition will be neither safe nor fair.

Organizers, citing wind gusts that created “dangerous” and “unpredictable” conditions, called off Saturday’s session after just three runs. Norway’s Aleksander Aamodt Kilde, the gold medal favorite, got one of them.

His top challenger, Switzerland’s Marco Odermatt, didn’t, and ripped organizers for their handling of the situation.

"It's just not fair,” he said. “And for me, the big, big issue is how they communicate to us athletes.”

On Friday, 30-mile-per-hour wind gusts prompted officials to delay the second of three sessions, but not cancel it. It had been scheduled for 11 a.m. It eventually began at noon, and continued uninterrupted.

A day later, rather than temporarily suspend the training, they pulled the plug.

"They just make a decision at 11:15, something like that, cancelling the training, even if the last two days we started one hour later,” Odermatt bemoaned. "They don't even ask what we think. After two or three sentences we spoke with [the International Ski Federation], the jury, they turned off the radio and didn't answer any more.”

The jury is a four-person panel responsible for decisions like these, and here at the Olympics, it’s helmed by referee Markus Waldner. Waldner explained Saturday’s deliberation process, saying that morning forecasts were “better than expected. Less wind than yesterday.” At 9 a.m., he said, “it was good enough to go.” Five forerunners tested the course and deemed it so. “Safe,” Waldner said. 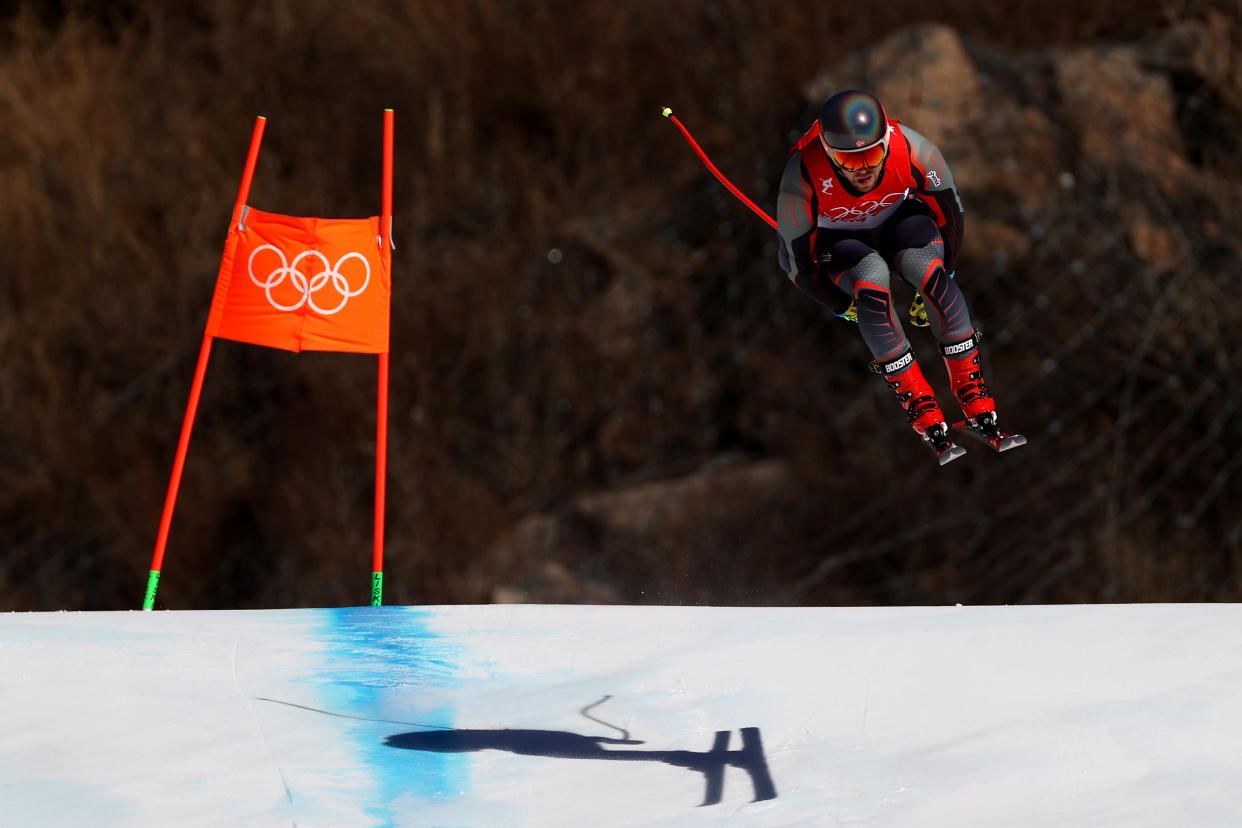 "But then, suddenly, suddenly these wind gusts were coming,” he continued, and he realized: “This is dangerous. It's unpredictable. We cannot handle this. These wind gusts are coming so fast.”

Waldner said that feedback from two-time Olympic champion Matthias Mayer, another contender who completed his training run Saturday, led officials to conclude “that it was risky, and we don't want to risk.

“The race is tomorrow, everyone had two training runs, and I think the racers are ready for tomorrow,” Waldner said.

But others disagreed. None of the skiers who’ll kick off Alpine skiing at these Olympics on Sunday had ever been down the Yanqing slopes before Thursday. Each of them, to some extent, will be careening into the unknown, down one of the steepest courses in the world. The unfamiliarity of the mountain amplified the importance of these training runs.

The difference between three and two, he said, was “for sure … a little bit of an advantage."

Austria’s Daniel Hemetsberger said it was “absolutely” an advantage.

“I’m a bit angry,” he said, before arguing that he and other Olympians could have made safety determinations for themselves. “We are all grown-up athletes, we are all professionals,” he added. “We could do this.”

Austria’s Max Franz said that, for all these reasons, he and other competitors had asked organizers to allow partial training runs, with snow pants and jackets on for safety. The response, Franz said, was: “No, it’s dangerous.”

But is it fair?

"Of course,” Waldner, the referee, acknowledged, “I can accept all this criticism coming from the racers, some coaches, that this is an advantage for three racers now.

“But this is force majeure. We're an outdoor sport, force majeure, and we make always decisions in terms of safety. Due to safety we made this decision. Very simple."