The three daughters of a school receptionist killed in the Manchester Arena bombing have today described her as a ‘warrior mum’ who ‘treated everyone with kindness, decency and respect’.

Jane Tweddle, 51, was one of the 22 people who died in the May 2017 terror attack, which took place at the end of an Ariana Grande concert.

Ms Tweddle, who worked at a school in Blackpool, Lancs, had accompanied a friend to Manchester while her 14-year-old daughter attended the concert, a public inquiry into the attack heard today.

Ms Tweddle’s daughter’s Isabelle, Harriet and Lily attended the inquiry in person at Manchester Magistrates’ Court as their pen portrait of their mother and tributes from other family members and friends were read by their lawyer.

They said: ‘You always knew how to brighten someone’s day and make them feel loved. You treated everyone with kindness, decency and respect. 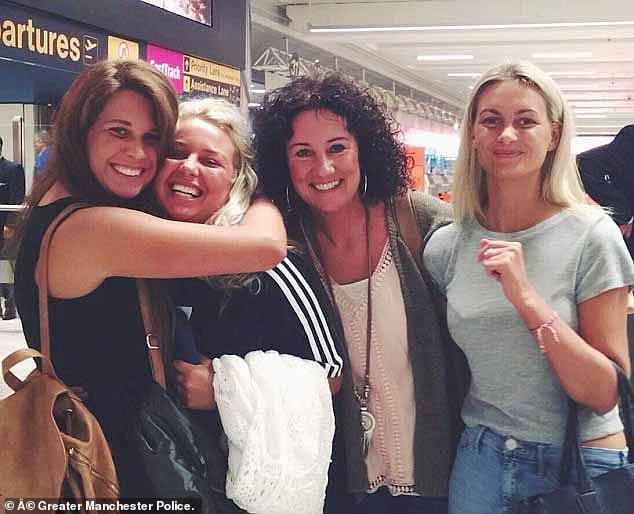 Jane Tweddle (centre right), 51, was one of the 22 people who died in the May 2017 terror attack, which took place at the end of an Ariana Grande concert.

‘You rarely got mad and when you did you probably had a damn good reason.

‘Our warrior mum, teaching us to be kind and to always stick together.’

They added: ‘Our house was always full of love and laughter. There is nothing in this world we wouldn’t give to hear your voice, see your smile or hold your hand for just one minute.

‘When we’d asked what time it was you’d reply ‘it’s the time of your life, never forget it’, we’ll hold on to that forever.

‘You were taken too fast, mum, but you were so loved and now you rest high peacefully.

‘We love you endlessly. Now we all have an angel to call by name.’

Ms Tweddle, originally from Hartlepool, worked at South Shore Academy in Blackpool, Lancashire, where she was said to be ‘cherished and trusted’ and ‘made for the job’. 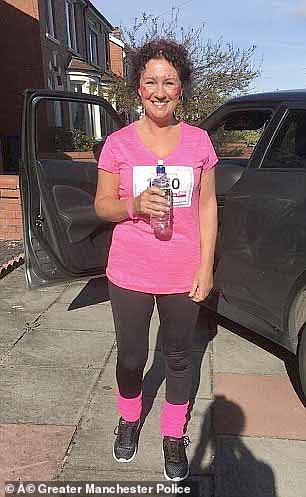 Ms Tweddle’s (pictured) daughter’s Isabelle, Harriet and Lily attended the inquiry in person at Manchester Magistrates’ Court as their pen portrait of their mother and tributes from other family members and friends were read by their lawyer

The inquiry was told: ‘Familiar, friendly and full of life, you were the first person the students would see when they walked through the door in the morning.

‘Children from all backgrounds would open up to you about their homes lives and personal struggles.

‘The perfect listener, you were a shoulder to cry on and a source of strength and support for so many.’

Her mother, Margaret Tweddle, said: ‘What happened in Manchester that night was evil and we won’t let evil win – Jane would not want that.’

The inquiry also heard how a nurse killed in the bombing ‘adored’ her husband and her ‘super six’ children.

Alison Howe was one of the 22 people killed in the terror attack. She was waiting to pick up one of her children from the concert at the time.

Her husband Stephen Howe said the loss of the 44-year-old, from Oldham, Greater Manchester, had ‘absolutely destroyed what we had in a mother and a wife’.

Mr Howe told the inquiry in a video recorded message that Alison was a ‘fantastic’ mother to their two daughters and his four sons until the day she died as she waited to pick up one of her daughters from the Ariana Grande concert.

He said: ‘She really was fantastic inside and out.

‘You’ll never believe the impact it has had on our family and children, as the other families.

‘It’s absolutely destroyed what we had in a mother and a wife. I don’t think we are ever to get over this properly. I can only give credit to the way that she brought my sons and my daughters up and the strength they have got through her.’

Mrs Howe’s mother, Sue, said her daughter was a talented musician from the age of five and that the pair were ‘the best of friends’ who saw each other nearly every day.

She said: ‘She adored her family. Stephen and the children were her everything. The gaping hole that’s been left is unbelievable.

‘We don’t live any more, we just exist. Nothing will take away the pain and loss we feel. I still turn around when somebody shouts ‘mum’ and it’s like being stabbed in the heart.’ 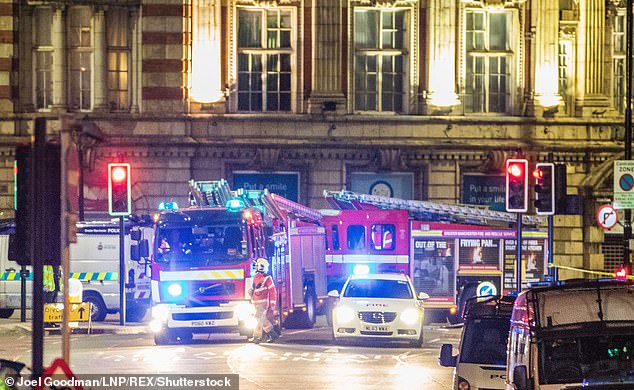 Alison Howe was one of the 22 people killed in the terror attack (pictured: police at the scene). She was waiting to pick up one of her children from the concert at the time

It ended: ‘I don’t know how you managed it. Us six, my dad and his beauty of a crew.

‘So special, so wonderful, so beautiful, so true. If you can hear me now, Alison Howe we all love you. Love from Harry and your Super Six.’

Today the chairman of the Manchester Arena Inquiry told relatives of the victims that he has a ‘huge responsibility resting on me’ after listening to seven days of tributes paid by their families.

The inquiry has spent the last two weeks listening to statements read by family members, their friends and lawyers, often accompanied by slide shows, videos and music.

At the conclusion of the hearings, Sir John Saunders, the chairman of the inquiry, told the families: ‘My lasting thoughts are one of a huge responsibility resting on me, on the inquiry team and everybody involved in the inquiry to find answers for the families and survivors and provide what they most want, which is recommendations that will make it less likely that similar events will happen in the future, with all the terrifying and terrible suffering that that brings.’ 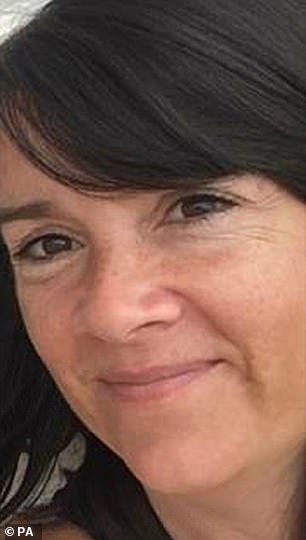 He added: ‘For those of us who have listened, it has been a deeply affecting and emotionally draining experience, how much worse must it have been for those families who have prepared and presented it?’

He said the inquiry wanted to make clear that the deceased and their families are ‘at the centre of this inquiry.’

‘In the course of the last two weeks we have learned about the lives and personalities of those who died,’ Sir John added.

‘They are not a number, each of them is not just one of the 22 who died, each was an individual, each was unique and each loss of life is a separate tragedy.

‘My overwhelming impression is one a group of people who, for the most part, were strangers brought together only in death but who individually had brought great joy and happiness to others.

‘They seem to have shared a great spirit of fun and enjoyment and a zest for life.’

Sir John also praised the people of Manchester, saying: ‘From the moment of the explosion, the families have had support from Manchester. No city has done more to put an arm around those who are suffering.’

The chairman said it was important that the public know of the effect of the attack on the families and friends of those killed.

‘It is important that the extent of the suffering of both relatives and friends of those who died and the continued physical and mental struggles of the survivors, is understood,’ he told the hearing.

‘Without knowing the real consequences of an attack such as was carried out May 22 2017, a proper balance cannot be struck between the right of individuals to a private life and the duty of the state to protect lives.’

All representatives have been socially distanced and have sat behind plastic screens in Court 7 of Manchester Magistrates Court.

Assistant Chief Constable Russ Jackson, head of Counter-Terrorism Policing North West, and representatives from British Transport Police and the North West Fire and Rescue Service have sat in the hearing room throughout.

Lawyers for the North West Ambulance Service (NWAS) have been in an adjacent court room.