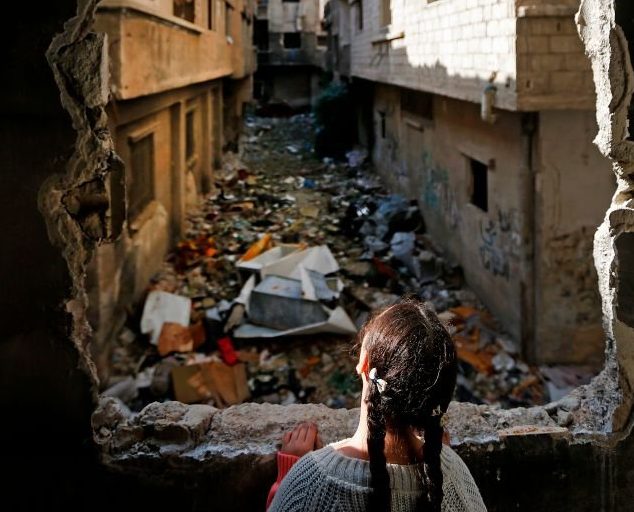 Denmark has been criticised for telling Syrian refugees that it is safe for them to go home.

The Scandanavian country became the first European nation to decide that the area around the capital Damascus was now safe, before stripping some 94 people from Syria of their residency permits.

Now the Danish Government has extended the safe zone to the southern area of Rif Dimashq – which could leave around 1,500 people facing a choice between staying in deportation camps or returning to a country which nearly all of the rest of the world considers dangerous.

The move means a further 350 Syrians residents will have their temporary protection permits reassessed, alongside around 900 from near Damascus who had their cases reopened last year, The Daily Telegraph reported.

He said Syrians could be forced out of their jobs, schools and homes to face years in limbo in the camps.

‘They will not be forced onto a plane’, he explained.

‘So it means that they will have to stay in one of the deportation camps, where you don’t have access to education or work, and you have to stay in the centre every night.

The ruling Social Democratic party has taken a hard line on immigration in Denmark, in an effort to avoid losing votes to right wing parties.

The suggestion that parts of Syria are now safe amid an ongoing civil war approaching its tenth anniversary is likely to raise eyebrows.

The British foreign office advises against all travel to the country and tells would-be tourists: ‘The situation in Syria remains volatile and dangerous owing to a decade of ongoing conflict and insecurity.

‘The Syrian regime does not exercise control of parts of the country, notably in the north west where fighting has caused significant civilian casualties and displacement.

‘Daesh, formerly known as ISIL, continues to operate as an insurgency and conducts regular attacks, especially in north east Syria and other terrorist groups are also active.

‘Throughout Syria, local security situations are fragile and can deteriorate into armed clashes without warning.’

It also adds that the threat of kidnappings is ‘very high’ throughout the country.

Bashar Al-Assad’s government has also been accused of various atrocities against its own people.

As the conflict intensified in the 2010s, it sparked a mass migration out of the war-torn nation and the decimation of various cities.

Syrian refugees poured out of the country in their millions as the crisis intensified, which led to concerns about migration into Europe.

But the vast majority of the 5.6 million or so remained in the Middle East – with 3.6 million now in Turkey, 0.9 million in Lebanon and 650,000 in Jordan, according to World Vision.

1.3 million migrants requested asylum in Europe at the peak of the crisis, the organisation adds.

Denmark’s Immigration minister Mattias Tesfaye said last month: ‘We have made it clear to the Syrian refugees that their residence permit is temporary. It can be withdrawn if protection is no longer needed.

‘We must give people protection for as long as it is needed. But when conditions in the home country improve, a former refugee should return home and re-establish a life there.’