As closing arguments continue in the trial of former Minneapolis police officer Derek Chauvin, charged in George Floyd’s death, the prosecution told jurors that the case is not against all law enforcement, calling policing a “noble” profession spoiled by bad officers.

“To be very clear, this case is called the state of Minnesota versus Derek Chauvin. This case is not called the state of Minnesota versus the police. It is not,” prosecutor Steve Schleicher told the court Monday. “Policing is a noble profession and it is a profession. You met several Minneapolis police officers during this trial. You met them. They took the stand. They testified.”

Schleicher pointed out that the motto of the department is “to protect, with courage, to serve, with compassion,” and current Minneapolis Police Chief Medaria Arradondo took the stand to testify on what the badge worn over his heart means about public trust and professional rules and codes of conduct regarding the use of force, deescalation tactics, crisis intervention and other policies.

In his closing argument, Schleicher also affirmed, “George Floyd is not on trial here.” 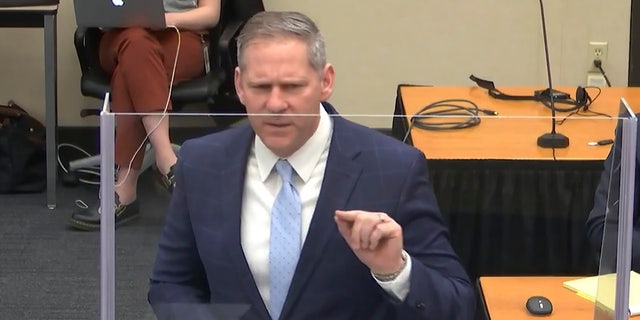 The prosecution has repeatedly referred to the 9 minutes and 29 seconds Chauvin is seen in viral bystander video pressing his knee into Floyd’s back and neck last May, with Schleicher arguing the officer “had to know” he was squeezing the life out of Floyd as he pleaded he couldn’t breathe.

“George Floyd’s final words on May 25, 2020, were ‘Please, I can’t breathe.’ And he said those words to Mr. Officer,” Schleicher said. “He asked for help with his very last breath. The defendant heard him say that over and over. He heard him, but he just didn’t listen. He continued to push him down, to grind into him, to shimmy, to twist his hand for 9 minutes and 29 seconds. He begged. George Floyd begged until he could speak no more, and the defendant continued this assault.”

But 9 minutes and 29 seconds is not the proper analysis, Chauvin’s defense attorney, Eric Nelson, countered, because it ignores the previous 16 minutes and 59 seconds and tries to reframe what a reasonable police officer would do given the struggle and suspect’s reactions to previous use of force. As Nelson began speaking, Chauvin removed his COVID-19 mask in front of the jury for one of the very few times during trial.

“Human behavior is unpredictable and no one knows it better than a police officer. Someone could be compliant one second and fighting the next,” Nelson said. “A reasonable police officer continues to assess.” 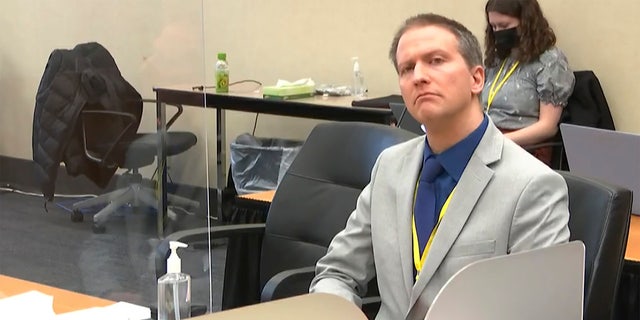 In order to understand the totality of the circumstances, Nelson said one has to consider what information a reasonable police officer knew at the time of dispatch. He said the initial information that a police officer would have in his squad car was that a business, Cup Foods, called for assistance after a male presented what appeared to be a counterfeit $20 bill, that the individual was still sitting across the street on top of blue Mercedes, and that he was over 6 foot tall and possibly under the influence.

The dueling arguments got underway with Minneapolis on edge against a repeat of the violence that erupted in the city and around the U.S. last spring over Floyd’s death. Civil unrest has continued over the last week also in response to the police-involved shooting of another Black man in the nearby city of Brooklyn Center during a traffic stop on April 11.

In the separate case, former officer Kim Potter was charged with second-degree manslaughter in the death of 20-year-old Daunte Wright. Police Chief Tim Gannon, who later resigned, has said he believed Potter mistakenly grabbed her gun when she was going for her Taser. She can be heard on her body camera video shouting, “Taser! Taser!”

Security concerns were elevated over the weekend after a Minnesota National Guard and Minneapolis Police Department neighborhood security team was fired upon in a drive-by shooting. Two National Guardsmen suffered minor injuries. Operation Safety Net is providing an update on security measures in the Twin Cities on Monday afternoon.

Court is continuing Monday with rebuttal from prosecutor Jerry Blackwell.