‘This feels like the final blow’: Devastated Manchester business owners get thousands of cancellations and say they will have to close and put their workers BACK on furlough

Pubs, cafes and restaurants in Britain’s new lockdown zone told MailOnline today that they fear the Government ordered shutdown will be the ‘final blow’ for them as customers dried up overnight because people are ‘too frightened to go out’.

Sacha Lord, night time economy adviser for Greater Manchester, said one restaurant in the city has had 100 bookings cancelled over the next three weeks.

Restaurant owner Johanne Banks, who runs the Crowded House restaurant in Bury, told MailOnline that so many people had cancelled bookings that she is considering closing for the weekend and putting staff back on the Government furlough.

It comes after the Government announced local lockdown measures in Greater Manchester and parts of east Lancashire and West Yorkshire, banning people from different households meeting indoors or in gardens following a spike in virus cases. 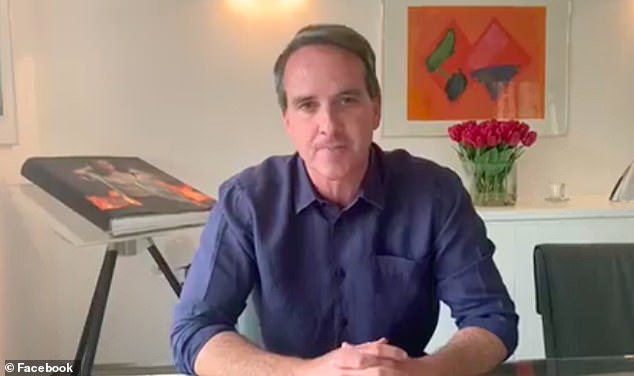 Sacha Lord, night time economy adviser for Greater Manchester, said a restaurant in the city had 100 bookings cancelled over the next three weeks

The new rules also ban members of two different households from mixing in pubs, restaurants and other hospitality venues, but these businesses will remain open for those visiting individually or from the same household.

Mr Lord, founder of Parklife festival and the Warehouse Project, feared the new rules could lead to pubs, restaurants and bars closing their doors once again due to a reduced footfall, and some even permanently.

He said: ‘There’s a lot of panic at the moment. The night time economy only opened a few weeks ago and is already on its knees, this feels like the final hammer blow.’

Johanne Banks said:’ It is lunchtime and we do not have a single person in the restaurant. All the bookings for this evening and the rest of the weekend have been cancelled. I really have to consider closing and then see what happens next week. It has been a disaster.’

Bury is part of Greater Manchester and despite seeing fewer than five cases a day of Covid-19 being reported included in the lockdown area. 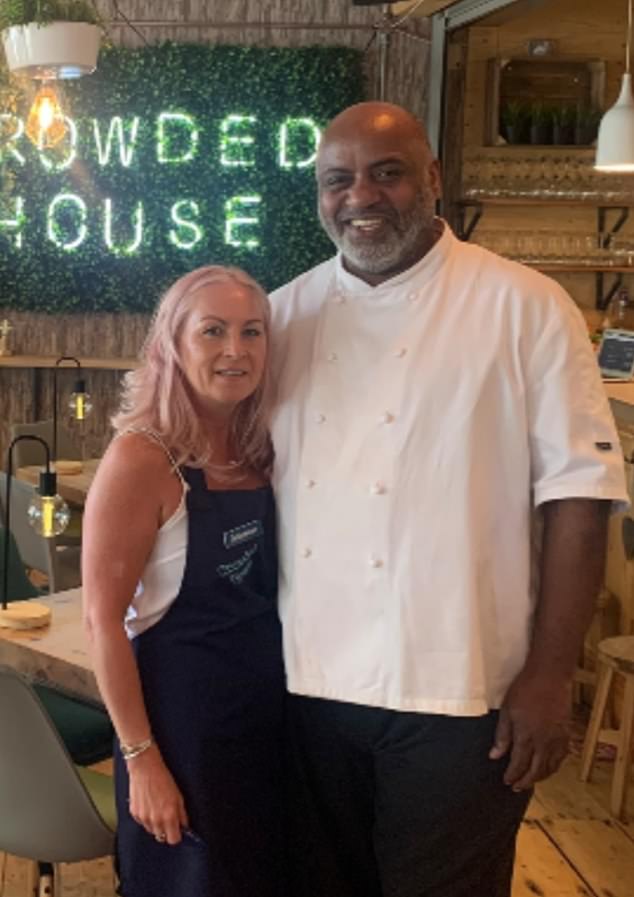 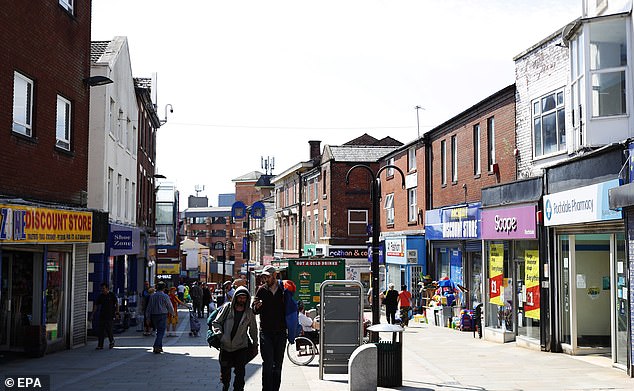 Johanne said the new restrictions came as a surprise particularly as Bury was not one of the worst affected areas in the North West.

NEW LOCKDOWN: WHAT YOU CAN AND CAN’T DO

You must not: Meet people you do not live with inside a private home or garden, except where you have formed a support bubble (or for other limited exemptions to be specified in law); Visit someone else’s home or garden even if they live outside of the affected areas; socialise with people you do not live with in other indoor public venues – such as pubs, restaurants, cafes, shops, places of worship, community centres, leisure and entertainment venues, or visitor attractions.

You may: Visit pubs, restaurants, cafes, shops, places of worship, community centres, leisure and entertainment venues, or visitor attractions with people you live with (or are in a support bubble with), but should avoid interaction with others.

Punishments: Fines, starting at £100 and halving to £50 if paid in the first 14 days but doubling for subsequent offences.

She had re-opened her restaurant earlier this month after the Government lifted the lockdown and customers flocked back to the business.

‘People were very happy to get back to some normality and business was good,’ she said.

‘We were happy to be open and to see people coming back out to the restaurant after being closed for so long.

‘This new lockdown has come as a blow. Its a setback and many of the staff who were on part time furlough might have to go back on to the scheme.’

An adjoining beauty salon also run by Johanne and her husband had also opened for business after restrictions were lifted earlier this month.

‘Lots of people came to us as they thought they could get back to normal. I do understand why the Government has put the lockdown in place but we are just on the edge of the area where it is worst, she said.

‘I think people are going to be afraid to go out again as no one want to catch the virus. No one at the restaurant has been affected and we have taken all the necessary precautions.’

A pub landlord in the city, who asked not to be named, said: ‘This could be a disaster for us if the lockdown stays in place too long. We have tried to make sure our customers maintain social distancing and restrict numbers, but obviously there are people who have ignored this and led to the spread of the virus.’

Barbara Tunstall, 88, retired from Bury said: ‘I agree with what the government have done in the North because a lot of people aren’t abiding to the rules.

‘There needs to be more compulsory fines put in place – more and more people will flout the guidelines if they’re not getting told off for not following them.

‘In town now I’m seeing so many people without masks – I can’t breathe in mine and I’m still wearing it.

‘I bet people here will still visit their family despite the new rules which makes me worried that the whole country, not just the North, will go into lockdown again.’ 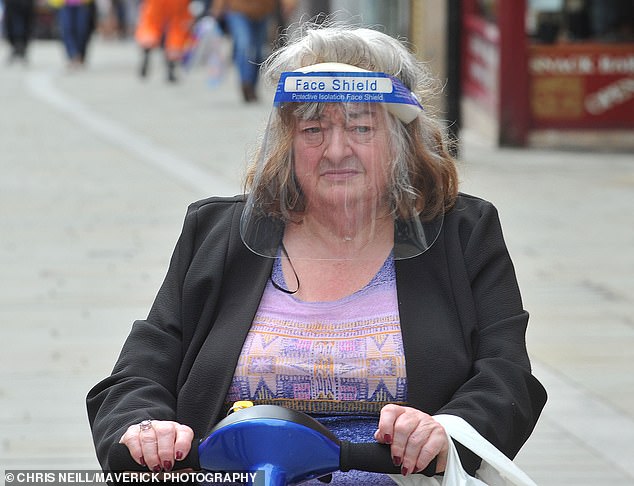 Paul Craig, 65, from Bury said: ‘It’s difficult with the government changing the rules for specific cities and people are moaning about them again but we can’t blame them as the situation is always changing so they’re going to have to change the rules to match.

‘A lot’ of British Muslims have not taken the threat of coronavirus ‘seriously enough’ and a lack of social distancing has caused a ‘dangerous’ spike in cases in the north of England, a mosque president told MailOnline today.

Mohammed Ashrif Tahir Nushai, 84, a community leader in Bradford, spoke out as the Government was blasted for imposing a new lockdown in Manchester, east Lancashire and West Yorkshire at the start of Eid.

Mr Nushai told MailOnline: ‘Sadly, there are people within our community who are not taking coronavirus seriously enough. Since the easing of the main lockdown, a lot of people have been visiting relatives and friends and attending events in each other’s homes with very little thought of keeping themselves safe.

‘We have been trying to get them to understand the message and take greater precautions but what can we do? Now, in Bradford we find ourselves in a very dangerous situation with coronavirus cases on the rise.’

Akhtar Mahmood, a member of the mosque committee added: ‘One of the big problems we have had is of people going to pay their respects at the homes of those who have recently died. We lost a member of our congregation two weeks ago and there were 50 people gathered at his house to express their sympathies.’  A single road in Bradford registered an astonishing 17 coronavirus cases within six days, it has emerged.

But some worshippers have claimed that British Muslims are being unfairly blamed. Taxi driver Mahaz Raja, 39, said: ‘There were thousands of people out on the streets after Liverpool won the Premiership and Leeds United were promoted to the Premier League.

‘None of them were maintaining social distance and broke every coronavirus rule imaginable. So why did the Government introduce new lockdown restrictions on the eve of Eid? As a community we feel that we are being unfairly targeted and that this is double standards by the Government. That’s what gets people angry.’

Community leaders today branded the decision to lock down the north-west of England at the start of Eid ‘an appalling abuse of power’ and accused Boris Johnson’s Government of having ‘no regard for British Muslims’.

Mohammed Shafiq from the Ramadhan Foundation said the decision to ban 4.5million people mixing for at least a week will ruin plans for thousands celebrating the religious festival in Manchester, east Lancashire and West Yorkshire until Monday night.

‘I’m not worried about the virus and have been going about my daily life while trying to follow the restrictions but my ex wife has come over from Yorkshire this week and she’s worried about going back because she might not see us again for a long while.’

James Brownson, 30, a landscaping company director, from Bury said: ‘I’m self-employed so the first lockdown hit me hard because we had no suppliers and were forced to shut,

‘The new measures are completely backwards – all the pubs and shops were allowed to open and now that might come crashing down again.

‘It seems strange that we can no longer make arrangements with our family – I’m sad that I can’t meet up with mine anymore.

‘It’s also crackers that people are deciding to book holidays, I’ve had mine cancelled and I wasn’t planning to book any more.

‘Boris should have announced it on television like he’s done before but this seems to have just been put across social media so everyone’s sharing it on Facebook and going into panic.

‘The way it’s going, we’ll be going into a second lockdown and then a major recession.’

Michelle Carol, 52, a market stall owner from Bury said: ‘It’s so confusing at the moment and we’ve only just managed to get back out selling things in the market to risk it all shutting again.

‘Personally I think it’s daft that we can still go to the pub with our family when we’re indoors near lots of random people who could have the virus.

‘It all seems to be guess work at the moment with the government’s decisions.’

Sami Mahmood, 21, a shop keeper from Bury said: ‘The new rules in Manchester are good because everyone’s keeping safe but it’s rubbish for people who were excited to go back to normal and start seeing their family again.

‘It got boring in lockdown because it was very long but it’s important for everyone to keep each other people secure and keep the virus cases down.

‘I think it makes sense to put the new rules in place with Eid around the corner because it’s a family event and people need to think about caring for their families more instead of meeting up.’

Maria Stewart, 52, from Bury said: ‘The whole situation with the new guidelines is crazy – people are going to the beach in this hot weather instead of seeing their family so are still mixing with people.

‘I had plans to sit in my garden with my family this afternoon which I’ve had to cancel.

‘There’s no logic behind it and it’s confusing – I’ve always understood the rules before, until now.’

Maria’s daughter Leah Stewart, 24, said: ‘I’ve just been made redundant from my job at a travel company but it doesn’t make sense that people can still go to work with 30 plus people but not see their family.

‘I wanted to see my friends this afternoon but we’re keen to stick to the rules but I’m not sure other people will do the same given the fact that it’s so warm today.

‘I’m hoping the cases will lower when the government come to review it ‪in three weeks.’